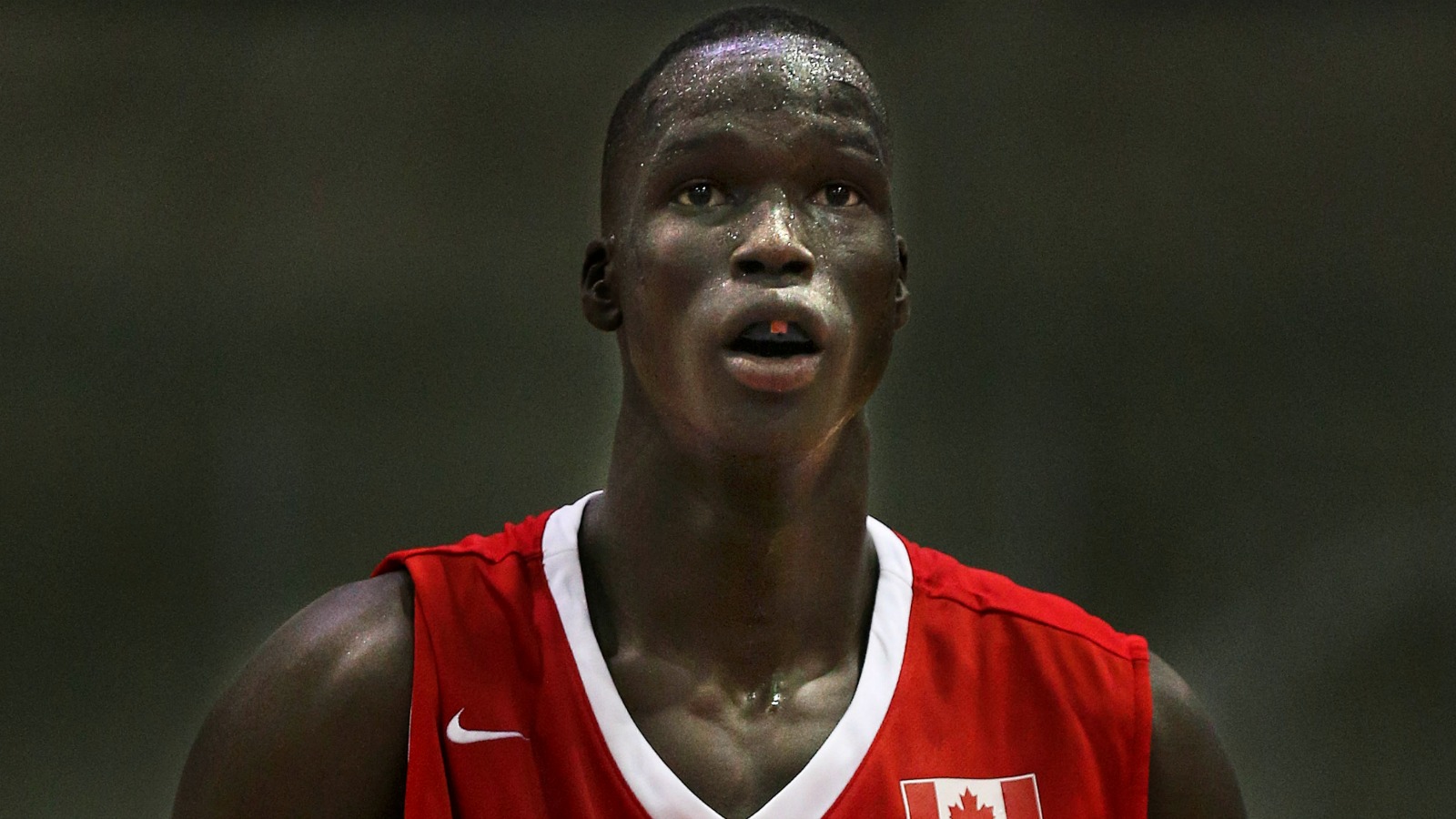 Maker isn’t projected to go anywhere near the top of the draft, but he could be opening an entirely new path to the draft for young basketball players.

Here’s a quick primer on Maker as he begins preparations for the 2016 NBA Draft.

He was born in the Sudan, moved to Australia when he was young and picked up the sport right around 13 years old when he was spotted by a local talent scout named Ed Smith. Smith (an American) brought Maker to the States in 2012.

Maker became a bit of a grassroots legend in the U.S. as a tall, slender playmaker. He moved to Canada last season and graduated from high school early last spring. Instead of reclassifying and playing college hoops this season as part of the Class of 2015, Maker decided to stay in high school for his final season of prep basketball as a "postgraduate student."

Since Maker didn’t play college basketball, there’s some confusion regarding why he can now go to the NBA.

While the common understanding of the "one-and-done" rule is that players "have to go to college" for one year, that’s actually not actually the case at all.

There are only two ultimate requirements to be eligible for the NBA Draft:

Because Maker graduated high school in the spring of 2015 and turned 19 earlier this year, he fulfills both requirements.

Some are saying Maker is exposing a new "loophole" in the system, but it’s not new. Andre Drummond explored the same option 2011 before ultimately deciding to go to UConn.

Maker is 7-footer who can do everything from handle the ball to shoot 3s to post up in the paint. Some even once compared him to Kevin Durant, but those comparisons eventually stopped because his skill is somewhat similar to what it was three years ago (allowing peers to catch up) and he hasn’t gained any weight, still weighing barely over 200 pounds.

That raises questions about why he is actually deciding to go pro. Some suggest Maker purposely skipped college basketball to avoid the risk of getting exposed against bigger and stronger players. Nobody knows where Maker will get draft — DraftExpress.com (widely considered to be the industry leader) has him going in the second round — but he will almost certainly begin his career in the D-League.

This could open the door for anyone who played prep school ball this year to declare for the draft as well. That includes Rawle Alkins, a highly rated recruit headed to Arizona; Jonathan Isaac, a Florida State recruit; and Wenyen Gabriel, who is off to Kentucky next year. (There’s no indication that any of them will actually push to go pro.)

It could also lead to more players in the future choosing Maker’s path rather than going to play college basketball, particularly if he goes high in the first round and proves that not taking the chance at getting "exposed" at the college level paid off.

It's official I'm heading to the university of connecticut to be a husky this year! Do I hear #repeat #huskyfam @aoriakhi34