WACO, Texas (AP) — Trestan Ebner left little doubt he was more than ready for Baylor’s opener after two games were called off because of COVID-19 concerns.

Dave Aranda was a little more coy about the anticipation of his first game as a head coach, which Ebner made sure was a winner.

The versatile back returned the , before going , after a safety and the Bears pulled away from Kansas in the second half of a 47-14 victory Saturday night.

Ebner also had a 1-yard TD run and an 18-yard scoring catch as the Bears won their latest opener in 56 years after non-conference games against Louisiana Tech and Houston were called off, the latter just a day before the game.

“You could tell all the practices we had, guys were just ready to play,” Ebner said. “We were ready to hit someone else. I knew we would be ready for the moment.”

Aranda, the defensive coordinator for LSU's 15-0 national championship team last season, took over after Matt Rhule was hired by the NFL's Carolina Panthers. It was the Big 12 opener for both teams.

Baylor gave up a 79-yard touchdown drive on the first possession under Aranda, but the defense clamped down while the Bears scored 40 consecutive points to hand the Jayhawks (0-2) their 50th consecutive loss in a true Big 12 road game.

“To take the field with our team and to see them fight through stuff, to see them create momentum and things that we talked about back in March and April and all over Zoom, to hear that kind of spitting back out at you in the third, fourth quarter was just so cool,” Aranda said. “It energizes me for the next one.”

The school announced a crowd of 11,667, about 25% of McLane Stadium's capacity. The largest clusters of fans were in the student sections behind the Kansas bench.

Ebner opened the second half by starting toward the left sideline before sliding to his right and beating everybody to the far sideline, ultimately outrunning kicker Liam Jones for Baylor's first kickoff return for a score since 2013.

After Terrel Bernard sacked Jalon Daniels in the end zone for a 33-7 lead, Jones kicked off from the 20. Going the opposite direction, Ebner started closer to the middle of the field before cutting right and beating everybody to the sideline again.

Ebner, the first Baylor player to return two kicks for touchdowns in the same game, finished with 272 all-purpose yards.

“It was pretty cool to see,” Aranda said. “It for sure propelled our team and took us to another stage of all of it and the emotion on our sideline was pretty strong after both of those.”

Pooka Williams scored both Kansas touchdowns and finished with 76 yards rushing for the Jayhawks, who lost to Coastal Carolina for the second consecutive year in their opener two weeks ago.

“I don’t like finishing second. It isn’t fun,” coach Les Miles said. “But sometimes the opponent makes you... that’s just the way it goes. You end up second.”

Kansas: The lowly Jayhawks were showing progress late in Miles' first season last year, with competitive losses in tough venues at Texas and Iowa State. But a 61-6 home loss to Baylor was a sour way to go into the offseason, and Kansas has now lost 11 in a row to the Bears and is 0-10 in Waco.

Baylor: It was a quiet 31st consecutive start for quarterback Charlie Brewer, who threw for 142 yards with a touchdown while missing three plays when he limped off after a 1-yard plunge to convert a fourth down in the first half. John Lovett and redshirt freshman Craig Williams had a rushing touchdown apiece as the Bears finished with 203 yards on the ground.

Baylor led the list of teams receiving votes in last week's Top 25, meaning the Bears were basically ranked 26th. So it stands to reason the Bears will enter the poll with an impressive debut for Aranda after finishing with 11 wins under Rhule last season.

Baylor safety Christian Morgan was ejected for targeting on a vicious helmet-to-helmet hit on a sliding Jalon Daniels at the end of a run by the quarterback in the first quarter.

Baylor honored Pro Football Hall of Fame running back Gale Sayers, who played at Kansas from 1962-64. Sayers died earlier in the week at 77. The “Kansas Comet” had 2,675 yards rushing for the Jayhawks and was the first Division I-A player with a 99-yard touchdown run, in 1963 at Nebraska.

Daniels got the start as Miles said Thomas MacVittie wasn’t healthy. Miles also said Miles Kendrick could get a longer look going forward. All three played against Coastal Carolina. Daniels was 19 of 33 for 159 yards and finished with 23 yards rushing, a total that would have been higher without four Baylor sacks.

Kansas: No. 15 Oklahoma State at home next Saturday.

Baylor: At West Virginia next Saturday. 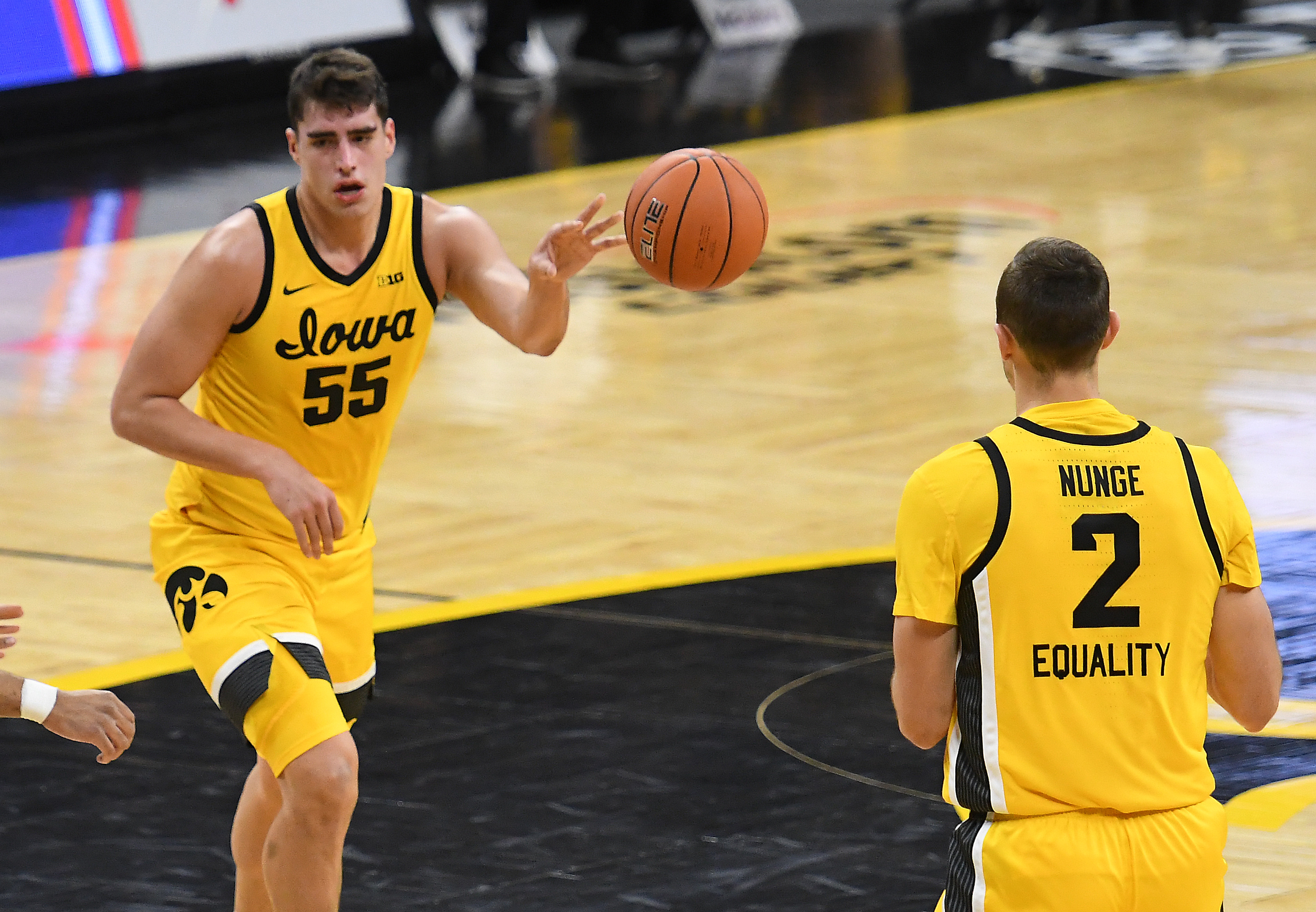