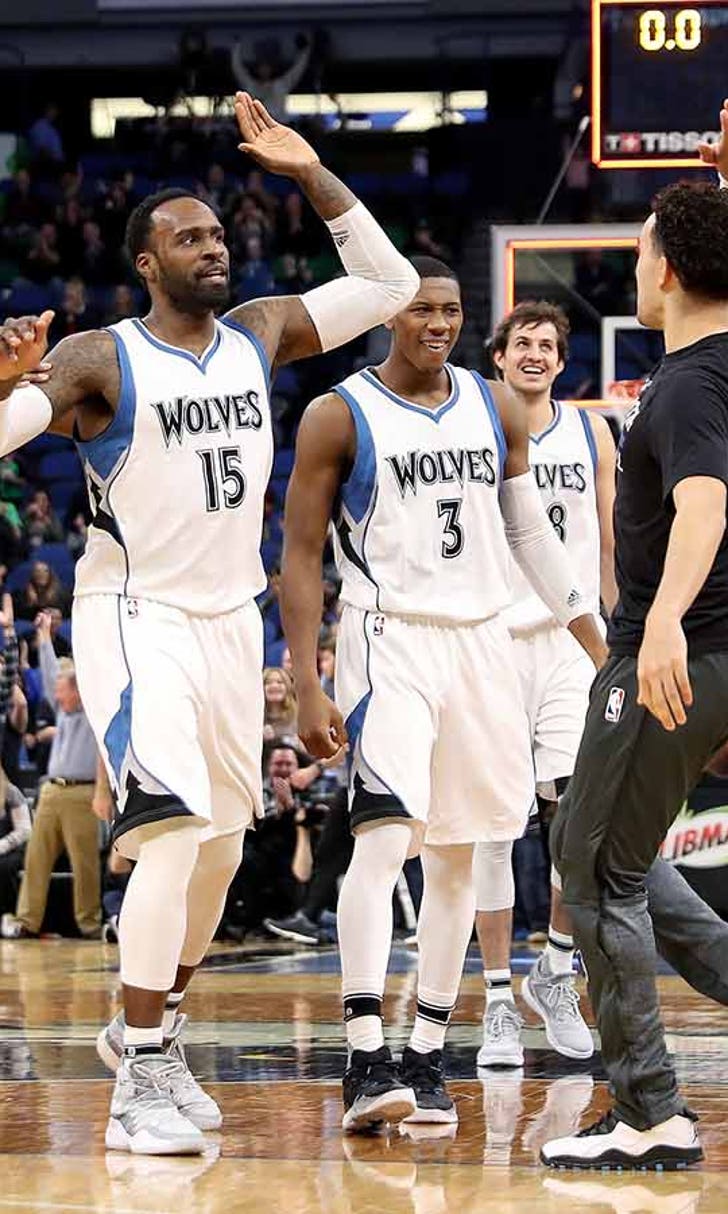 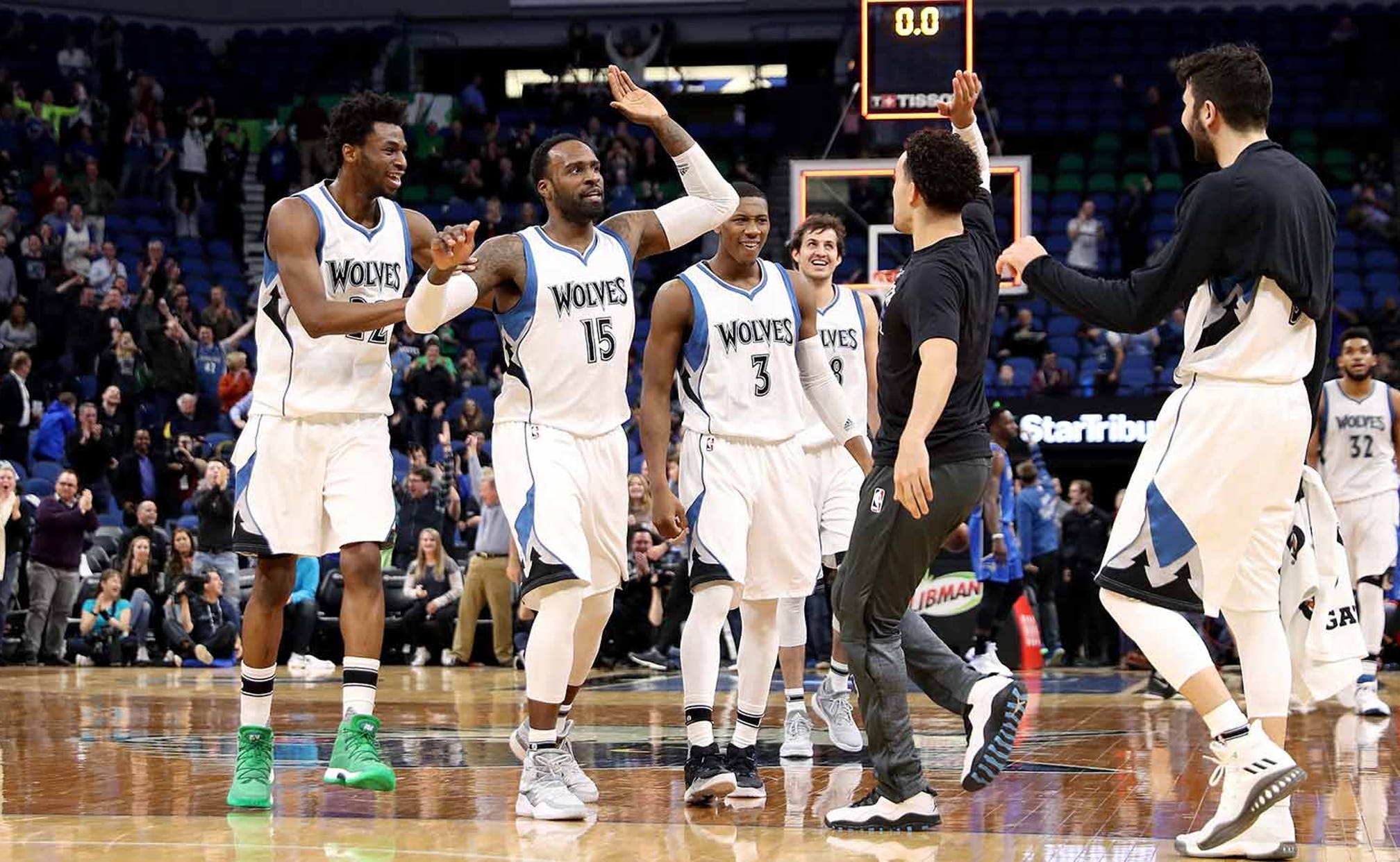 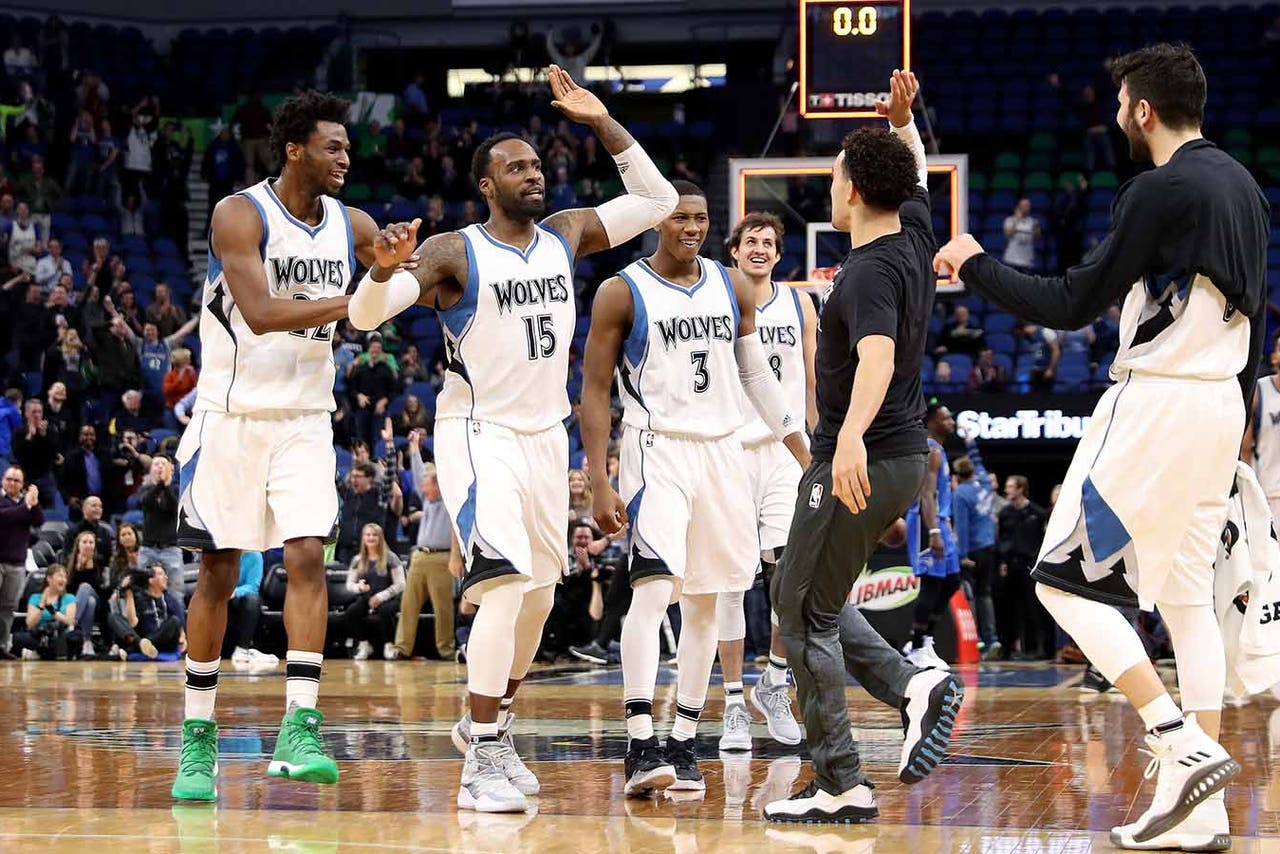 The Minnesota Timberwolves are on a mission to make the playoffs, according to owner Glen Taylor.

They can try to chase down the eighth seed and make the playoffs, with the Denver Nuggets just 3 1/2 games ahead of them. Or they could turn their eyes toward the lottery, either using a higher draft pick to add another talented young player or as an asset to move this summer in a quest for an accomplished veteran to complement a promising trio of young stars.

For Wolves owner Glen Taylor, president and coach Tom Thibodeau and GM Scott Layden, there is no debate.

"We're all of the same mind, to get in, get the experience," Taylor told The Associated Press. "Just the winning of games to try to get there is worth it. Our guys can't see anything positive about losing games. They must win games, and then if we can win enough to get into the playoffs, that in and of itself would be a major step for our young players."

The Timberwolves (22-35) have shrugged off a lousy start to show signs of improvement over the last 30 games, but there is an awful lot of work to do. Five teams are ahead of them in the race for a likely first-round date with the Golden State Warriors, and the young Wolves are still trying to get a firm grasp on Thibodeau's defensive system.

Making it more daunting, Zach LaVine had surgery on a torn ACL on Tuesday and will miss the next nine months. That leaves 21-year-old Karl-Anthony Towns and 22-year-old Andrew Wiggins to carry the load, barring a trade before the Feb. 23 deadline.

In the last two games before the break -- a loss to Cleveland and a win at Denver -- Wiggins became the second player in franchise history to score at least 40 points in back-to-back games. Towns has solidified himself as one of the best young big men in the game, averaging 28.4 points and 11.4 rebounds in the seven games since LaVine was injured.

"We're on the right path," Wiggins said after the loss to the Cavs. "We've done a lot of good things. There's still some stuff everyone needs to work on, but we've done some good things."

The Timberwolves are 11th in the league in offensive rating, but 23rd in defensive rating, a point of consternation for Thibodeau, who is known as one of the best defensive tacticians in the league. And a 6-18 start to the season put them in a deep hole. The Wolves are 11-9 in their last 20 games, but still on pace for about 31 wins, which would be just a two-win increase over last year's team coached by Sam Mitchell.

"I thought with (Thibodeau's) experience and his mentoring, it would push it along a little faster," Taylor said. "And it hasn't gone as fast as we hoped. But I appreciate that he's looking at the long run. He came here to be the coach for the long run. We hired him for the long run. And we've got players that we anticipate will be here for a long time."

While disappointed in the win total, Taylor said he was bullish on the direction of the franchise.

"I'm happy with my coach. I'm happy with the general manager. They're being very patient working through this," Taylor said. "On the other side, I was hopeful that we would have more wins."

The one thing that appears to be missing is a strong, veteran, defensive-minded presence to hold things together when the young guys either get too excited or lose focus.

Taylor has thrown millions into a new practice facility that opened two years ago and a renovation to Target Center that began before the season started. He has also added two minority owners to strengthen his financial position, hired a new CEO in Ethan Casson and has been pleased with the developments on the business side of his operations.

"They can see I'm committed for the long run and we're making investments back into the team and building for the long run," Taylor said. "I think we've done all of those things. The only thing that hasn't lived up to our expectations is the number of wins I would've hoped we'd have to this point."