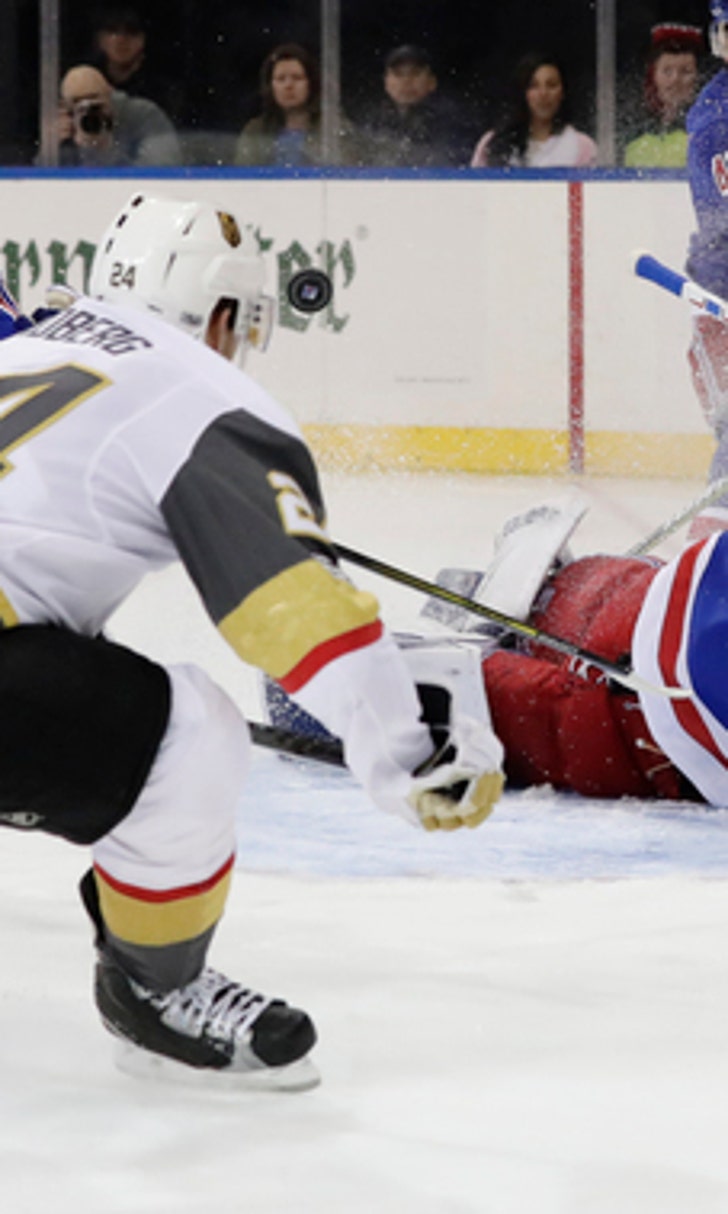 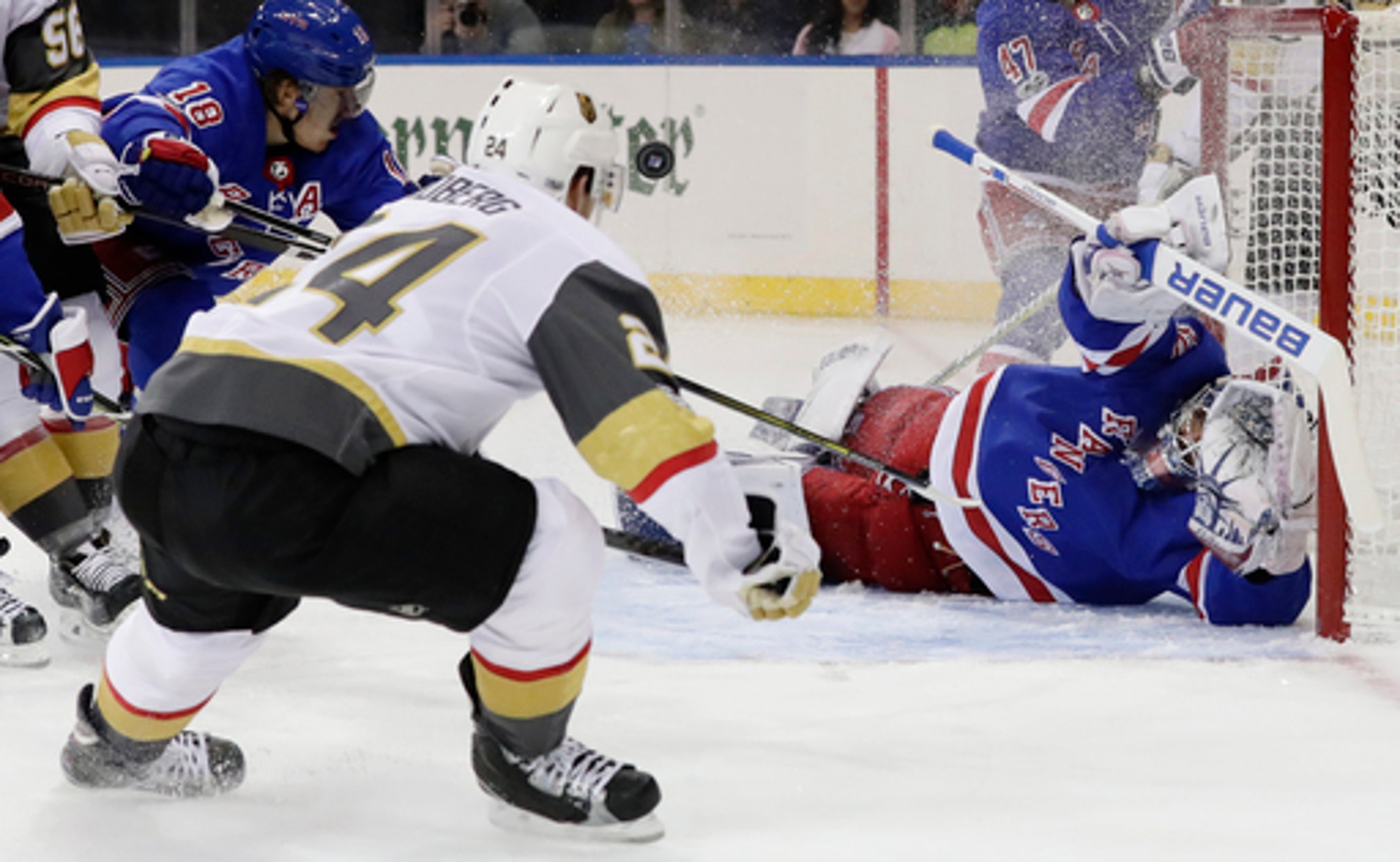 NEW YORK (AP) Mika Zibanejad got the tiebreaking goal with 5:39 left and the New York Rangers scored four in the third period to rally for a 6-4 victory over the expansion Vegas Golden Knights on Tuesday night.

Jimmy Vesey, Mats Zuccarello, Chris Kreider, Pavel Buchnevich and Michael Grabner scored for the Rangers, and Henrik Lundqvist made 30 saves. Zibanejad also had assists on the first two goals in the third, helping the Rangers win for the third time in seven games (3-2-2).

Reilly Smith scored twice, Oscar Lindberg got a goal against his former team and David Perron converted a penalty shot for Vegas, which has lost consecutive games after winning five straight. Maxime Lagace, the fourth goalie used by the Golden Knights this season, stopped 32 shots in his first NHL start.

Ehlers scored his team-leading seventh goal and Connor added his second for the Jets, who are 6-1-1 since an 0-2 start to the season.

Wild rookie Luke Kunin scored his second goal and Alex Stalock stopped 17 shots for Minnesota, which had won three of four. The Wild were 0 for 5 on the power play.

Knowing the Coyotes (1-11-1) had played the night before in Philadelphia, where they won in overtime for their first victory of the season, the Red Wings applied pressure at the outset. They fired the first eight shots on goal and scored twice before the game was three minutes old.