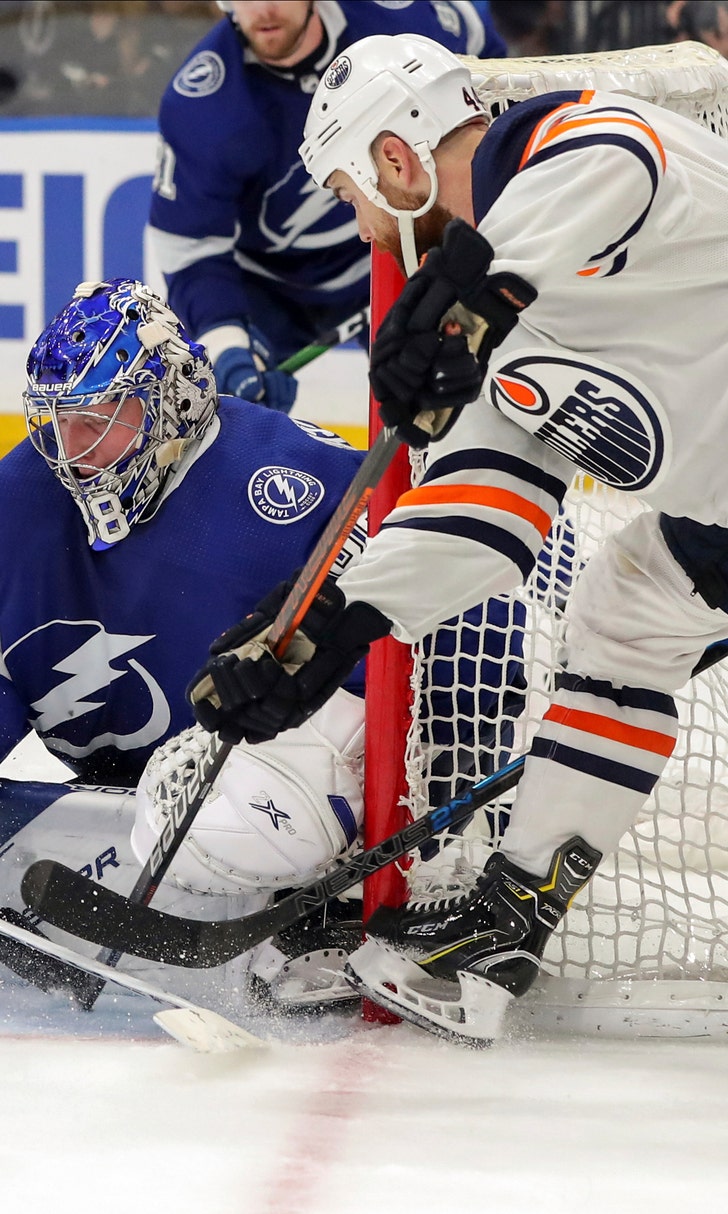 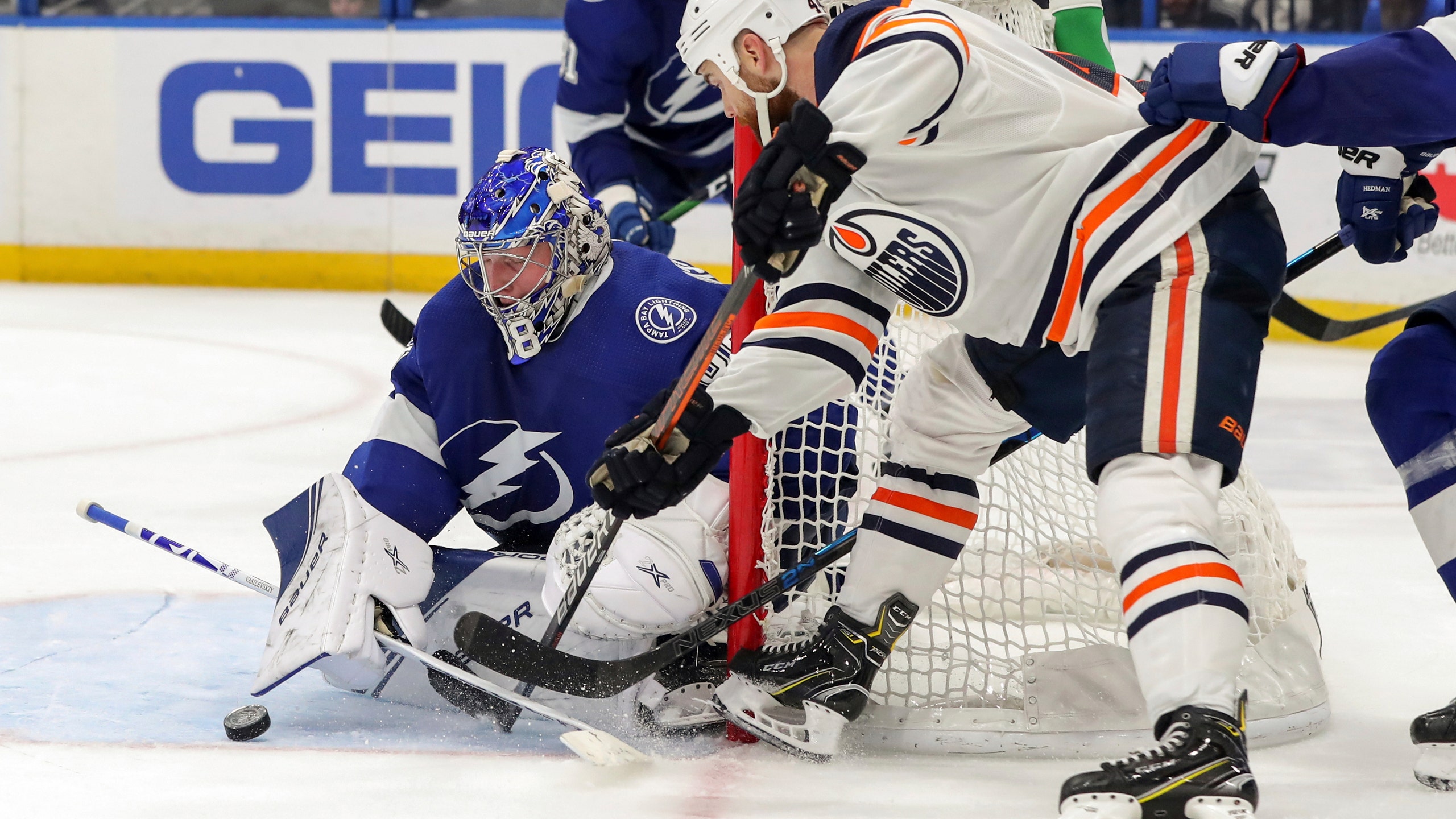 previous story
Marlins could be above average at catcher, at least
next story
Karlsson, Meier rally Sharks past Jets 3-2

NEW YORK (AP) — Edmonton Oilers forward Zack Kassian was suspended seven games by the NHL on Friday for kicking an opponent in the chest.

Kassian swung his right leg and kicked Tampa Bay forward Erik Cernak in the chest during a game Thursday night. He was offered an in-person hearing that allowed the department of player safety to suspend him more than seven games and waived that chance.

Late in the first period, Kassian and Cernak were tangled up on the ice after being knocked over by Edmonton's Josh Archibald. Kassian looked directly at Cernak before kicking him and getting up.

The league said it agreed with Kassian that he was trying to disentangle himself but said the kick was in no way justified. The Oilers argued Kassian's kick was not forceful, but the league contends that it's different from a hit, and any intentional or careless kicking with a skate blade won't be tolerated.

Kassian will forfeit $166,463 as a result of the suspension because he's a repeat offender. This is his fourth career suspension in 518 regular season games.

He was also suspended two games last month for his role in an altercation with Calgary's Matthew Tkachuk.

Kassian will be eligible to return Feb. 29 against Winnipeg.