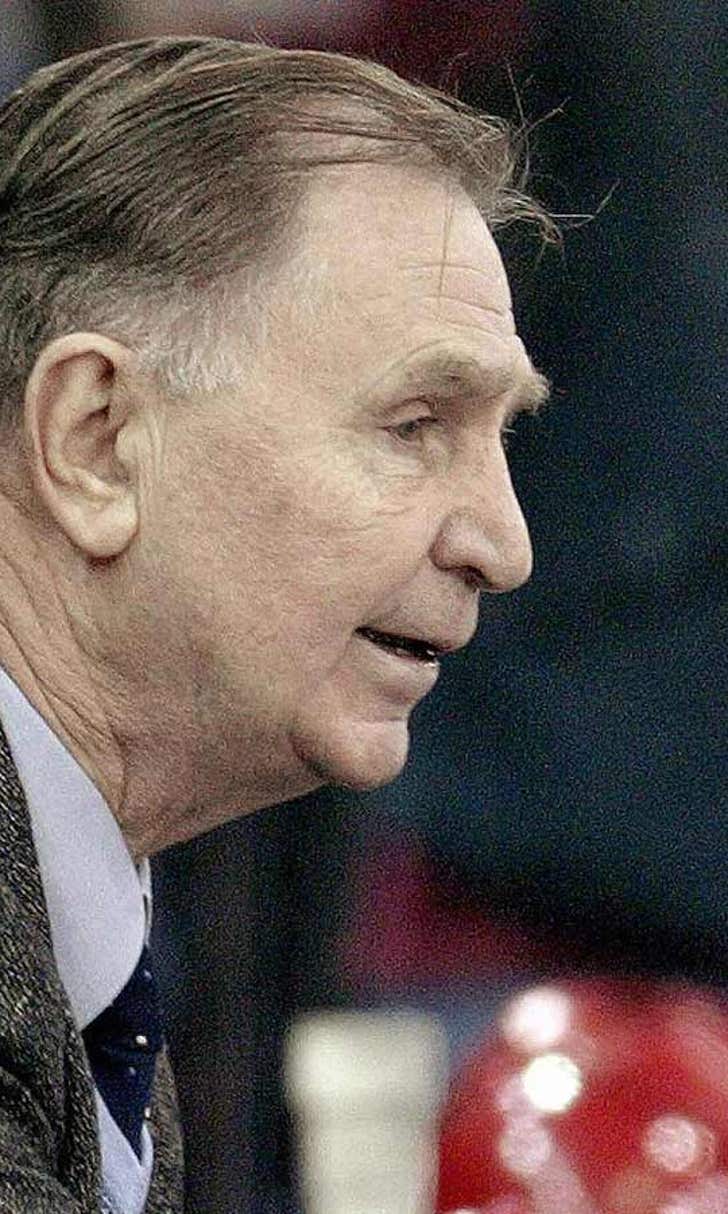 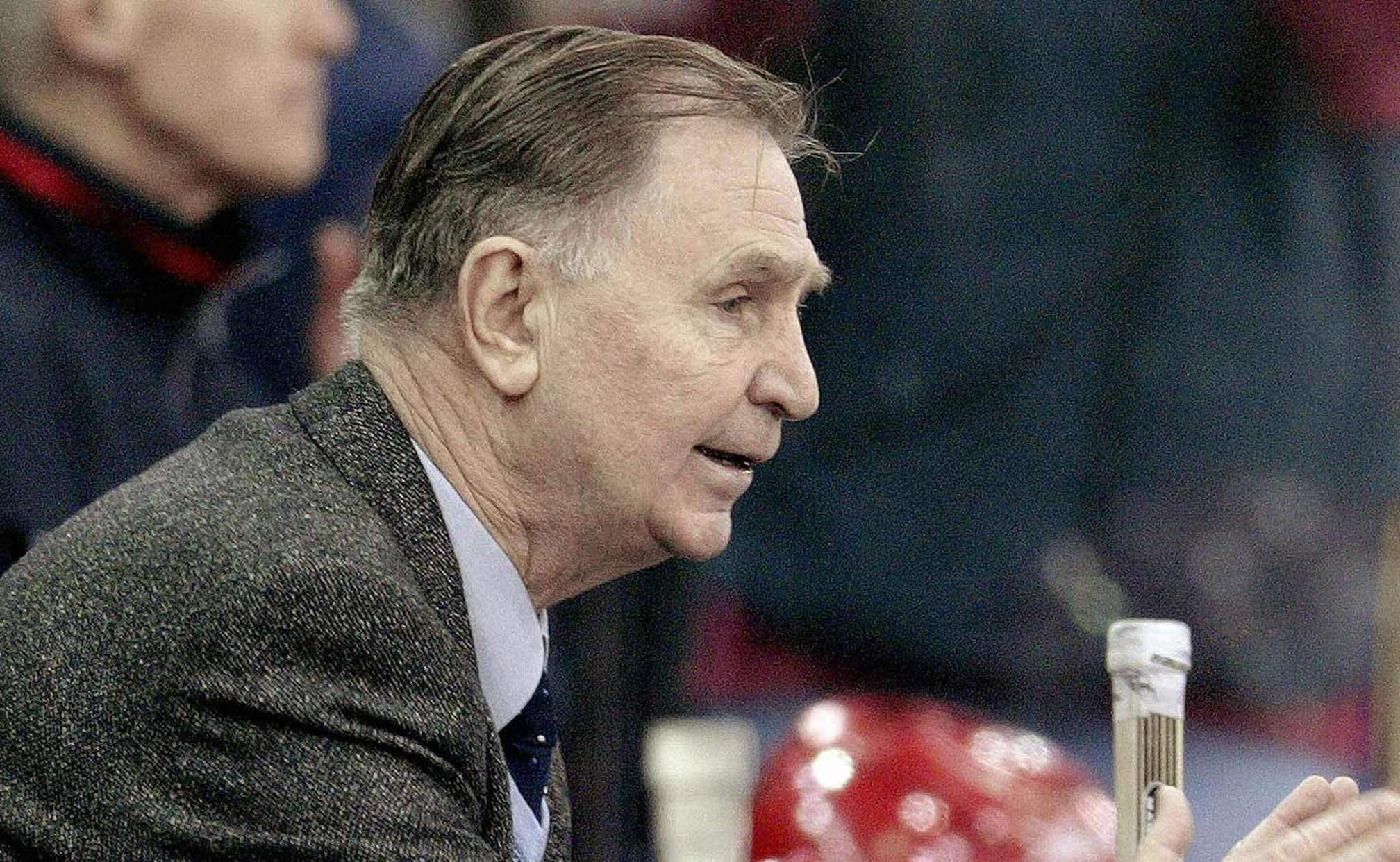 Viktor Tikhonov, coach who lost 'Miracle on Ice,' dies at 84 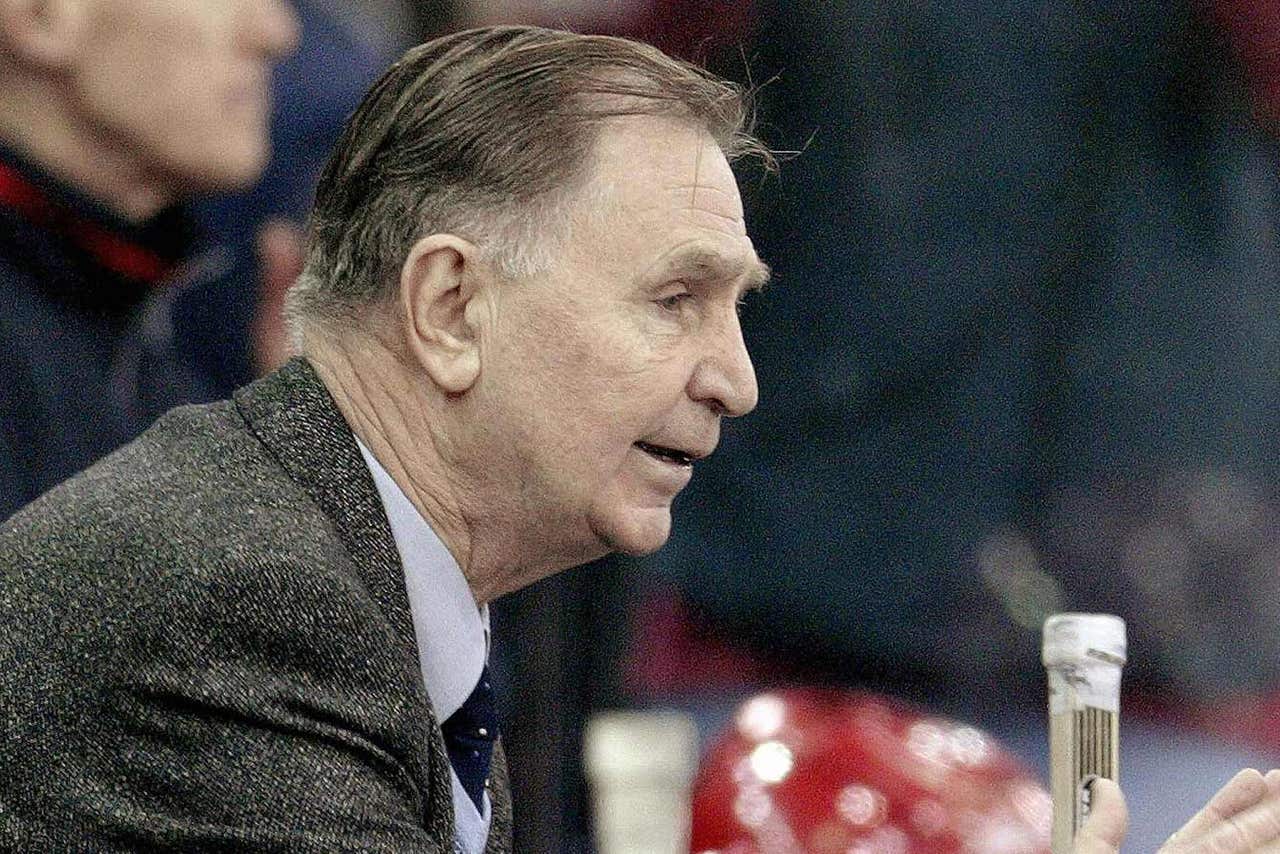 Viktor Tikhonov, the Soviet hockey coach whose teams won three Olympic gold medals but fell to the United States in the "Miracle on Ice," died after a long illness. He was 84.

Russia's Kontinental Hockey League said early Monday that Tikhonov died during the night. He had been receiving treatment at home for an undisclosed illness that had left him unable to walk in recent weeks.

"He devoted his entire life to hockey until the last second. Even when I was with him in hospital, we were discussing what needed to be done and how, in order to raise the Russian national team to the very highest level."

While a successful player, winning four Soviet titles as a defenseman, Tikhonov came into his own during 14 years in charge of the Soviet national team.

Under Tikhonov, the Soviet "Big Red Machine" was a powerhouse, although it had to settle for the silver medal at the 1980 Olympics in Lake Placid after the stunning defeat to the United States.

Tikhonov's teams went on to win Olympic gold in 1984 and 1988, and he took the post-Soviet Unified Team to another gold at the 1992 Games. He also led the Soviet team to eight world championship titles.

An authoritarian leader with a taste for intense training sessions, Tikhonov used the Soviet political system to control his players and was known to cut star players from the team for international tournaments if he feared they might defect to the West.

Tikhonov's funeral will take place Thursday with a memorial service at CSKA Moscow, the club he coached to 14 national championships, Russian media reported.

Tikhonov remained an active coach until 2004, when he stepped down from the Russian national team aged 73 after an unsuccessful comeback. He continued to shape Russian hockey as part of the management of CSKA and the Russian Hockey Federation until this year.

In recent years, Tikhonov provided guidance to his grandson, also named Viktor Tikhonov, a former player for the Phoenix Coyotes.

On Monday, Viktor Tikhonov Jr. scored two goals and had an assist as his KHL team SKA St. Petersburg lost 5-3 to CSKA.

Tikhonov's only son Vasily, who spent three years as assistant coach with the San Jose Sharks, died last year in a fall at his Moscow apartment.