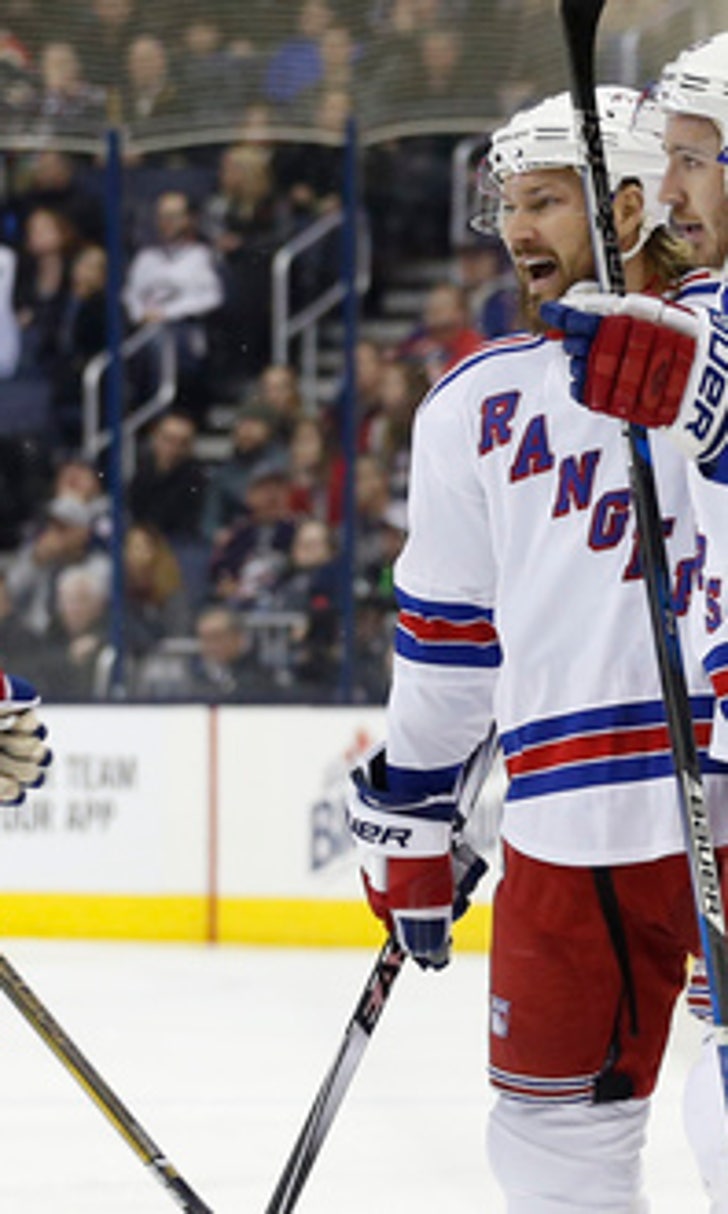 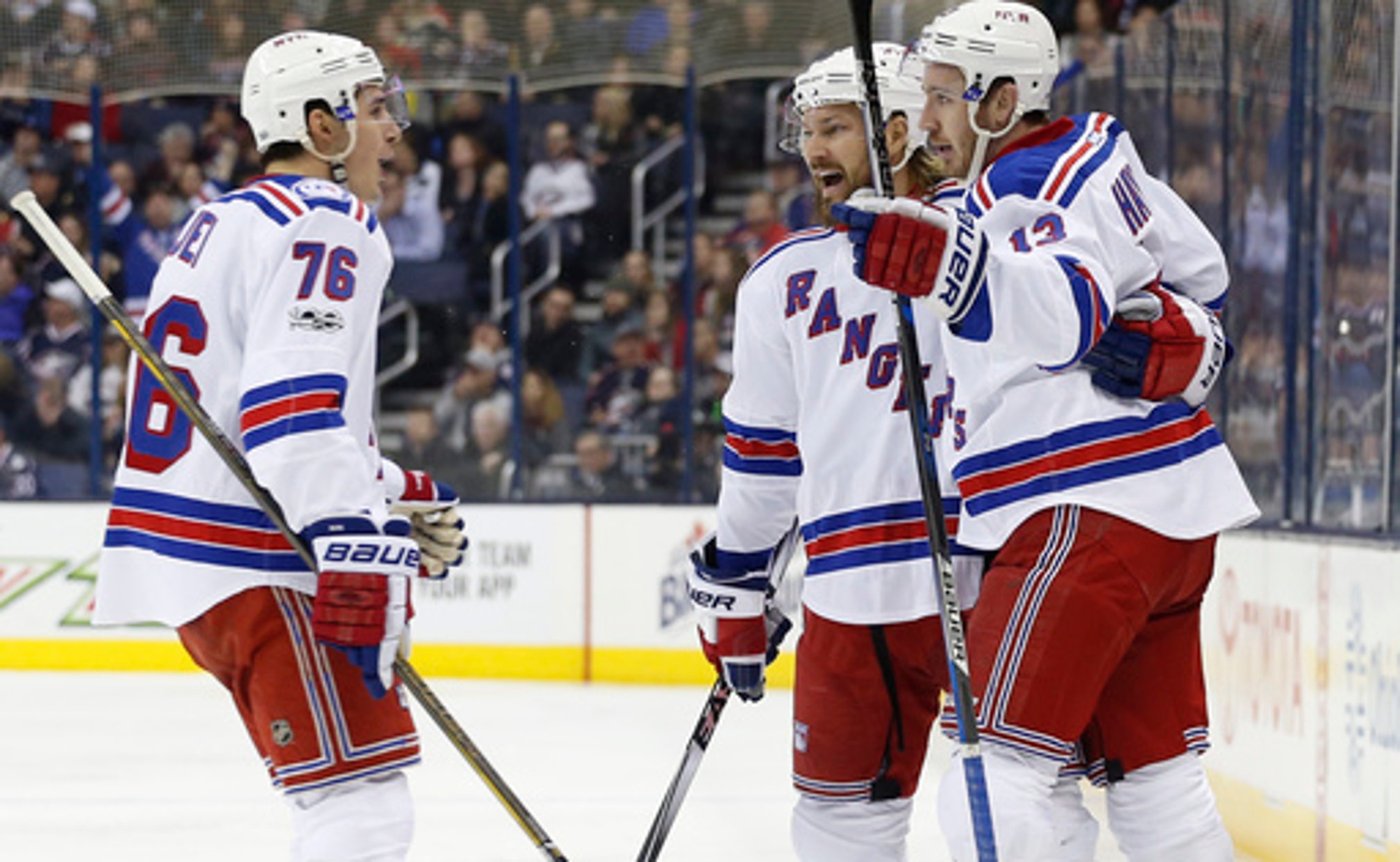 Dan Girardi and Kevin Hayes also scored for the Rangers, who won their sixth straight game and moved into a three-way tie for second place with Columbus and Pittsburgh in the tough Metropolitan Division. Raanta made two big saves in the final 23 seconds after the Blue Jackets pulled the goalie for a sixth skater and were swarming.