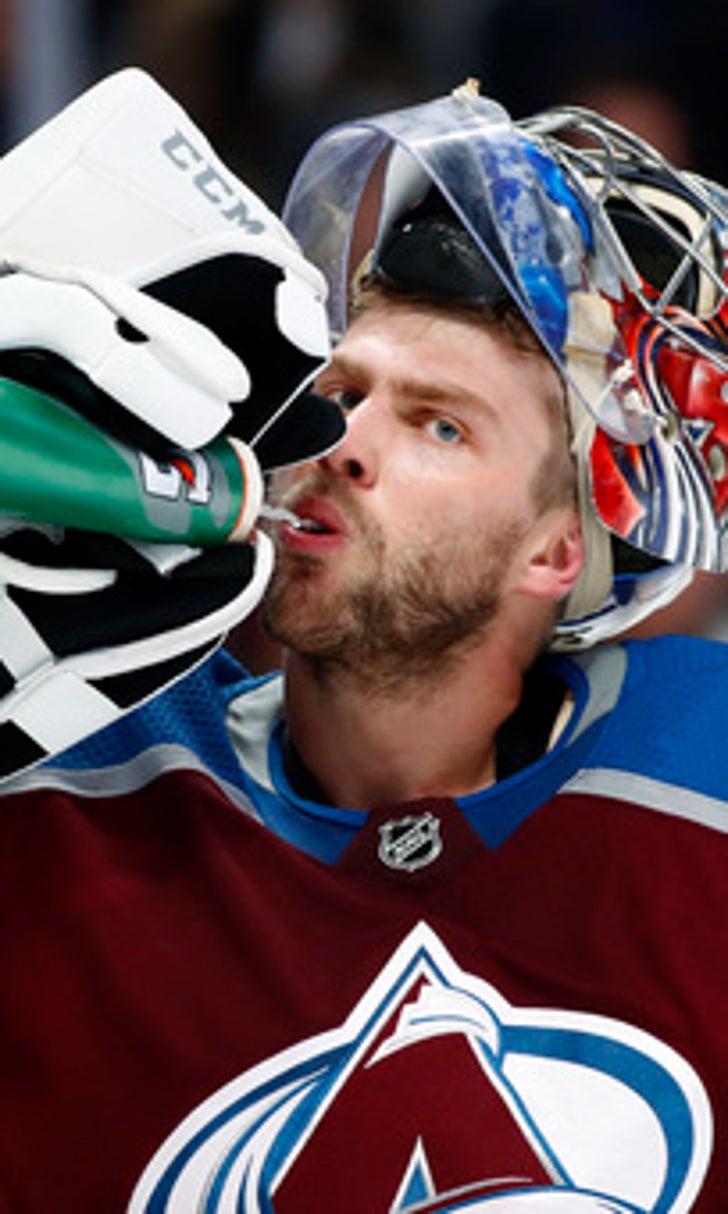 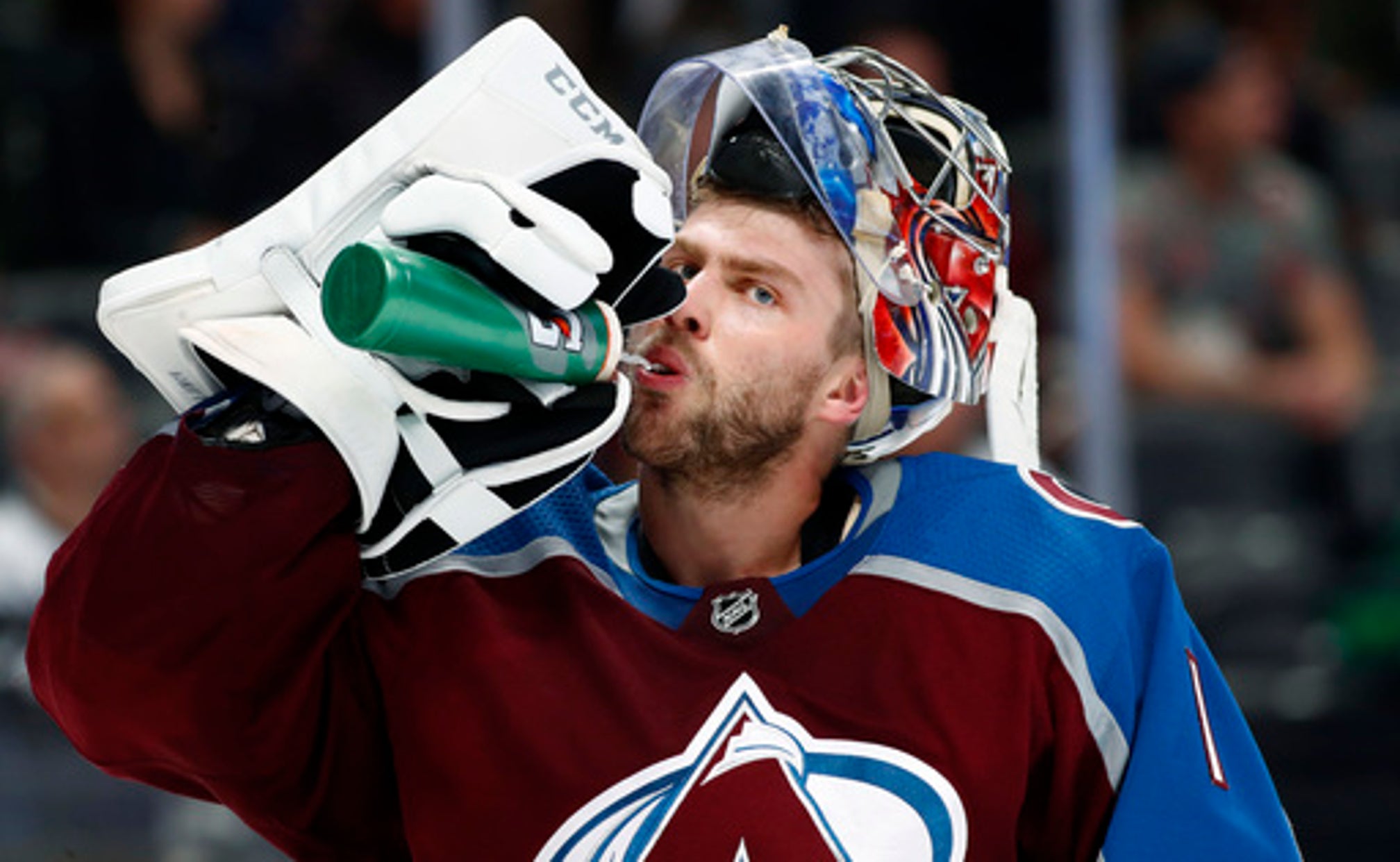 DENVER (AP) Carolina unleashed a flurry of shots from every direction and angle imaginable. That's all right, Semyon Varlamov was back on his game.

Varlamov stopped a career-high 57 shots, Blake Comeau scored the first of Colorado's three second-period goals over a 3:33 span and the Avalanche beat the Hurricanes 5-3 on Thursday night.

Varlamov wasn't even all that worn out as he set an Avalanche record for most saves in a regular-season game. The franchise record - including the Quebec Nordiques - is 70 by Ron Tugnutt on March 21, 1991, at Boston.

''I feel not bad, actually,'' Varlamov said. ''Sometimes you face 30 shots and you're exhausted after the game. You never know how your body is reacting.''

This was more like the Varlamov of old, the one who was a Vezina Trophy finalist in 2013-14. He missed a bulk of last season after having hip surgery to fix a lingering groin issue.

He also had a little added motivation: Rebounding from a forgettable game in which he allowed seven goals at Vegas last week.

''If you have a bad game, the next night you have to bounce back, so I had to forget about it and then just keep going,'' Varlamov said. ''We knew that Carolina was shooting from everywhere. That was the key today, to see most of the shots.''

Gabriel Landeskog and Mikko Rantanen also scored in the second period for Colorado. Carl Soderberg added a goal, and Patrik Nemeth got his first NHL goal to help the Avalanche improve to 5-1 at home. Colorado now embarks on a four-game, 10-day road trip that includes two contests in Stockholm, Sweden.

Victor Rask scored 55 seconds into the game for Carolina, which outshot the Avalanche 60-27. Elias Lindholm and Derek Ryan also had goals.

The Hurricanes pulled goaltender Cam Ward with around 1:45 remaining, but couldn't get anything past Varlamov, who preserved a 5-3 lead in the third by turning back 22 shots. His previous high for saves was 54 on Jan. 6, 2015, at Chicago.

''Phenomenal from start to finish,'' Colorado coach Jared Bednar said. ''Tonight, he was exceptional. What more can you say?''

Colorado extended its lead to 4-2 in the second when Landeskog scored off a rebound. The Hurricanes challenged the goal, contending that Rantanen's skate may have been offside as Nathan MacKinnon brought the puck into the zone. The replay confirmed the goal and Carolina was assessed a delay-of-game penalty.

The Avs took advantage when Rantanen tipped in MacKinnon's pass 55 seconds later to extend the advantage to 5-2.

''Our guys have a view in the back - they still think it's offsides,'' Carolina coach Bill Peters said. ''So, obviously that didn't work out. We got the double whammy with the power-play goal.''

Carolina dominated the tempo in the first period, outshooting Colorado by a 22-9 margin.

''It looks great because we had a bunch of shots and scored a few goals, but definitely need to be better as a group defensively,'' Carolina defenseman Justin Faulk said.

His coach felt the same way.

No argument about that Thursday.

''Varly was amazing for us,'' Soderberg said. ''We could be way better, but fortunately we got a win.''

NOTES: Carolina D Jaccob Slavin is from down the road in Erie, Colorado. He had six shots. ... D Roland McKeown was recalled from Charlotte of the American Hockey League on Wednesday. He was a scratch. ... MacKinnon finished with two assists. ... Absent for a third straight game was Avalanche D Nikita Zadorov, a healthy scratch. ''It (stinks) to be in the doghouse,'' lamented Zadorov, who signed a two-year deal at the start of training camp.

Hurricanes: At the Arizona Coyotes on Saturday.

Avalanche: At the Philadelphia Flyers on Saturday.