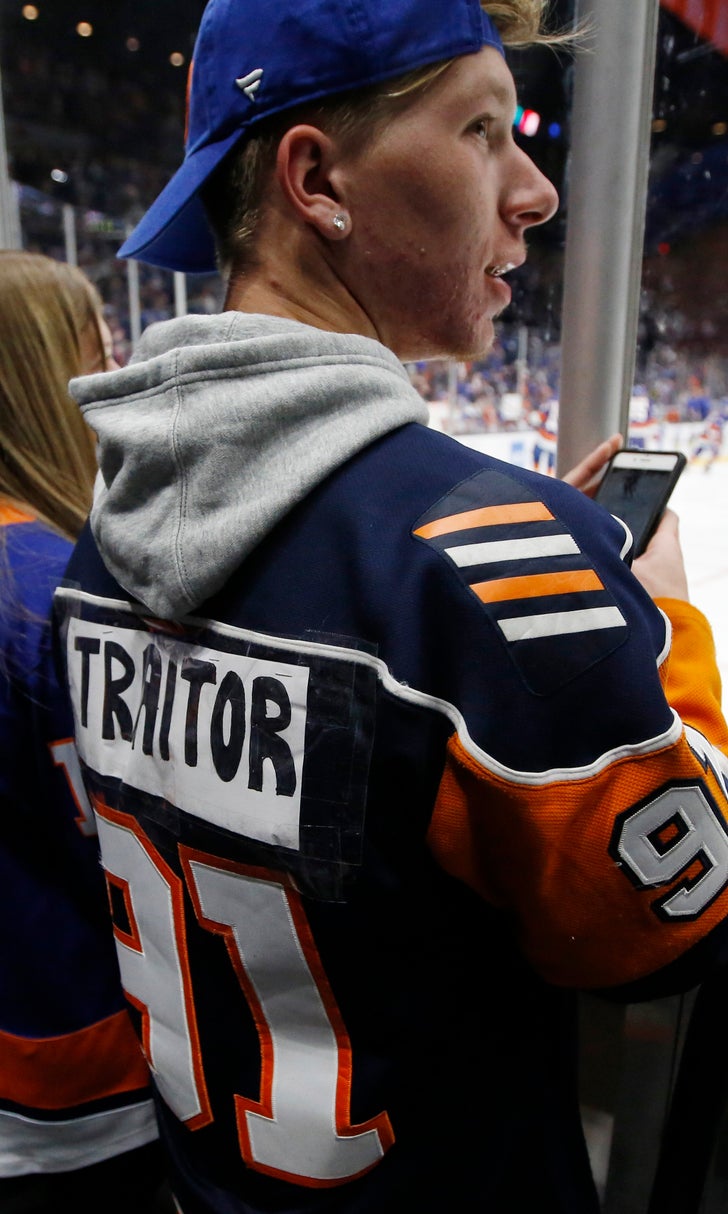 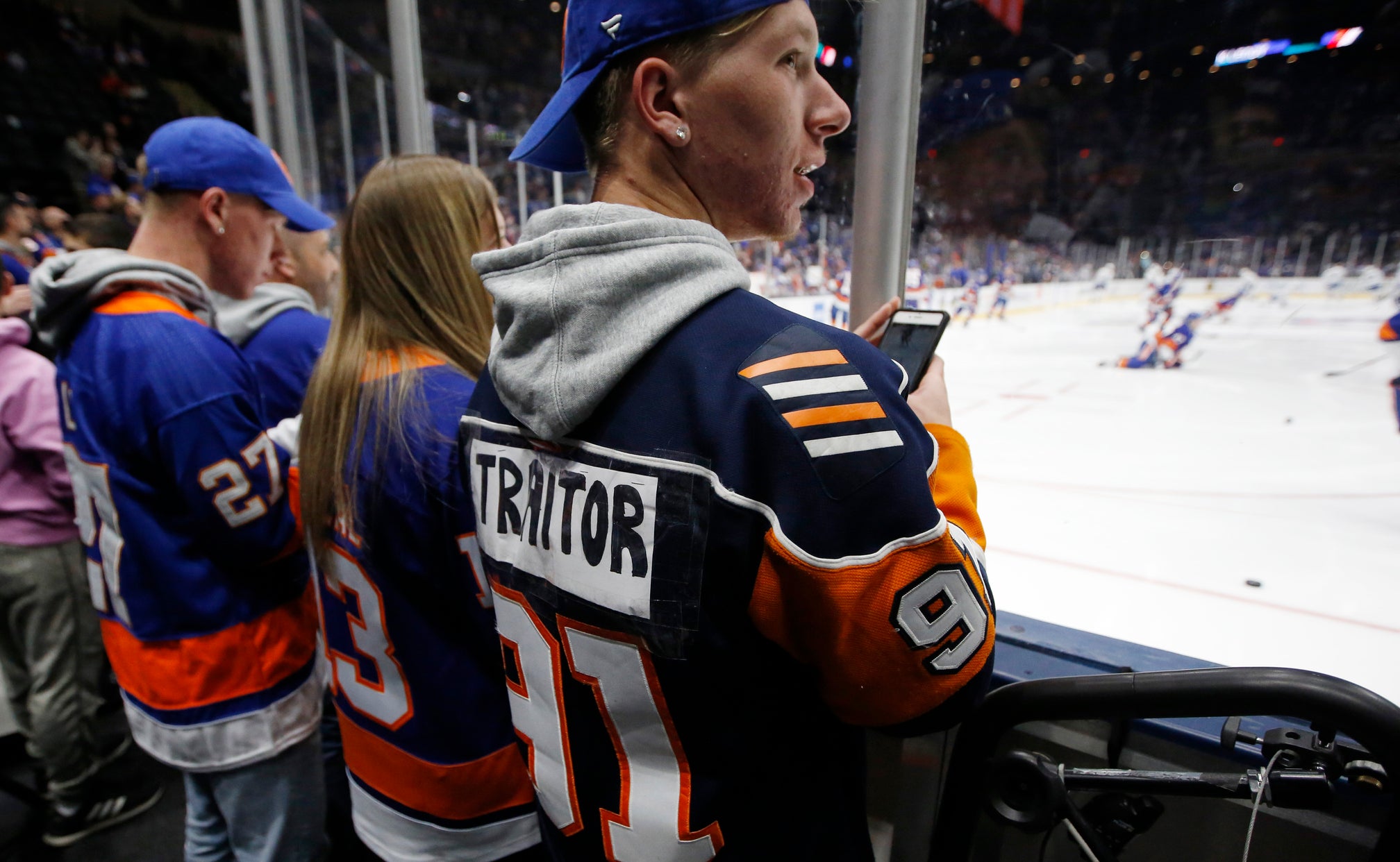 Tavares gets hostile reaction in return to Long Island

UNIONDALE, N.Y. (AP) — John Tavares knew he would get a hostile reception from New York Islanders fans in his first visit as a visiting player since the former captain left to sign with his hometown Toronto Maple Leafs as a free agent last summer.

"I don't really expect it to be a very welcoming return," Tavares told reporters Thursday before the Maple Leafs lost 6-1 to the Islanders at Nassau Coliseum. "Just going to go out there and play the best that I can. Just worry about what I can control. The game is played between the boards, so I'm just going to go out there and put my skates on just like I have my whole life."

The face of the franchise for nine years after he was selected No. 1 overall by New York in 2009, Tavares repeatedly said during his final season here that he hoped things would work out but wasn't sure what would happen. He has also insisted he agonized over his decision to leave before announcing it on July 1, the first day of free agency.

"It was probably the hardest decision I've ever had to make in my life," he said. "Obviously, it took me some time to do it because of how difficult it was and really not sure what I wanted to do until I made the decision."

Islanders fans have been vocal on social media about their lingering displeasure with his departure, with most saying it is with the way he left after saying he wanted to stay, and not with actually choosing to leave.

The fans booed loudly when Tavares and the Maple Leafs hit the ice for pregame warmups, and several times during their skate. They also serenated him with choruses of "We don't need you!" and other derisive chants throughout the game. At least one plastic snake was thrown on the ice during the warmups and an Islanders jersey was thrown in Tavares' direction as he left the ice.

The boos and chants returned at the start of each period when the Maple Leafs came back on the ice and when Tavares entered play in the opening minute. Fans also booed during a video tribute to Tavares midway through the first period, and again loudly chanting "We don't need you!" as the video ended.

"They always made it tough on the opponent when I played here," Tavares said after the game. "They have their feelings and that's out of my control."

Tavares said he watched the entire video on the scoreboard from the bench and appreciated it.

"The tribute was nice from the organization and the guys on the other bench," he added.

Toronto coach Mike Babcock called the energy from the home crowd "spectacular," and added: "You must be a real special player and a real special person for them to honor you like that because they only boo you if you were important. For most of us they don't even know who you were.

"We wanted to come here and win for John and we didn't get that done tonight."

New York moved two points ahead of Washington atop the Metropolitan Division one night before hosting the Capitals.

Asked what he would say to the fans if he was given a microphone, Tavares said: "I've made that message many times. I embraced being an Islander. When I was here, I loved it and gave it everything I had.

"Of course there's a lot of emotions that go through you, but at the same time I can only control what I can control. I just tried to be open and honest with my decision."

Toronto, which snapped a three-game losing streak, is third in the Atlantic Division.