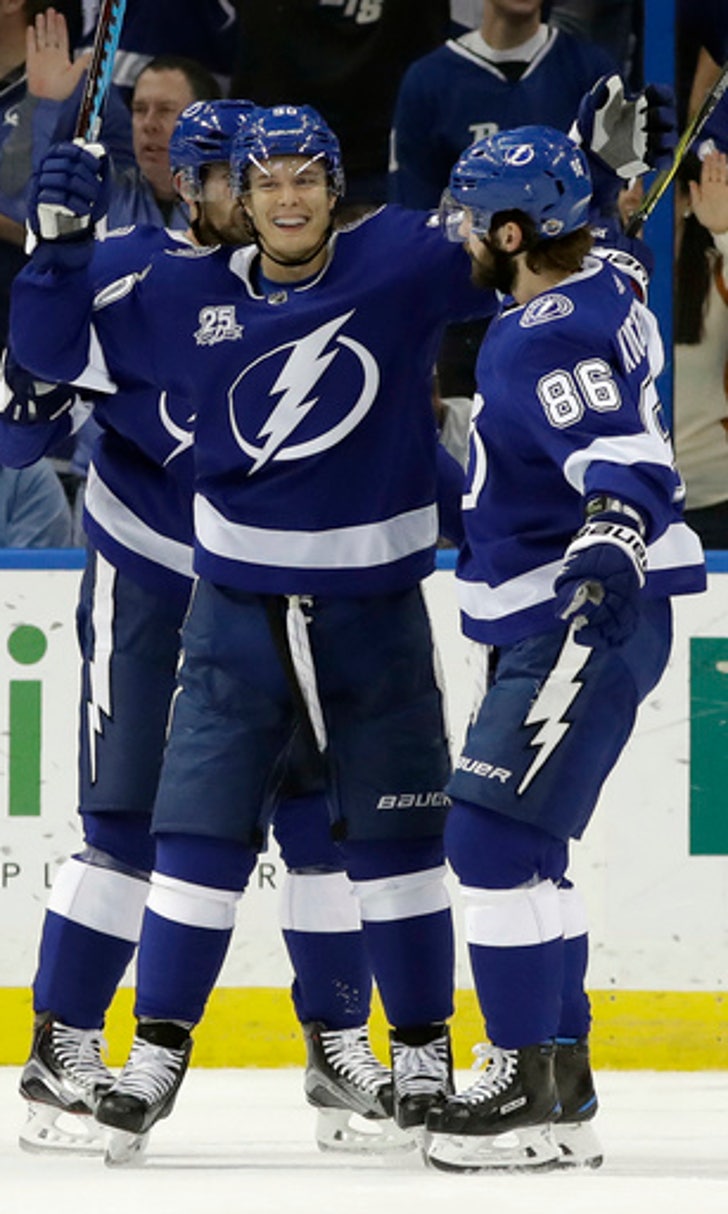 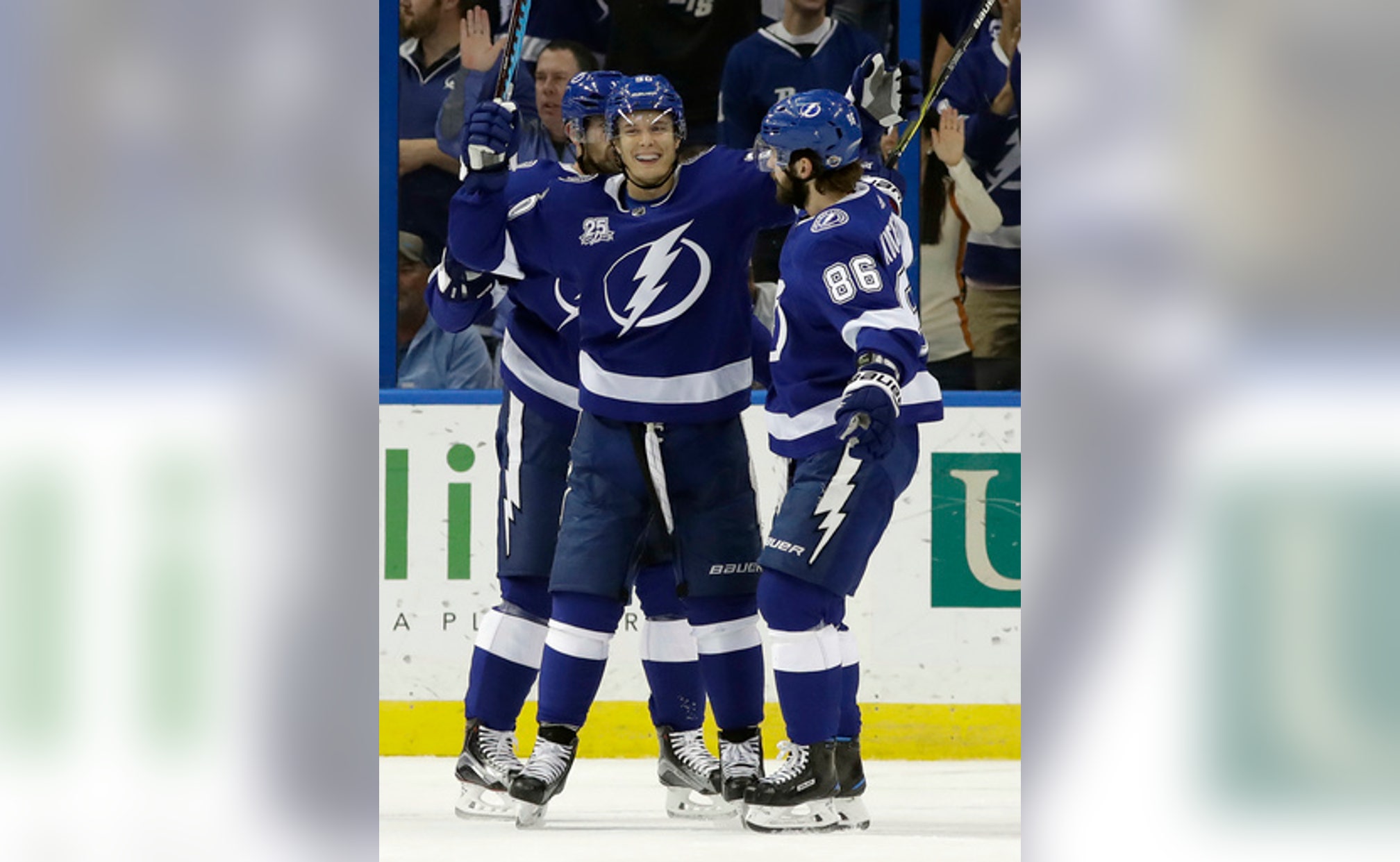 TAMPA, Fla. (AP) Steven Stamkos and Nikita Kucherov became the seventh set of teammates in NHL history to start the season with point streaks of at least 11 games, and the surging Tampa Bay Lightning beat the Detroit Red Wings 3-2 on Thursday night.

Nielsen opened the scoring during a short-handed 2-on-1 at 14:18 of the first. The Red Wings have just four first-period goals this season.

Two minutes after Nielsen's goal, Kucherov tied it at 1 from the top of the right circle during a power play setup by a too many men on the ice penalty on Detroit.

Vasilevskiy made strong saves on Henrik Zetterberg in both the first and second periods, while Howard had a nifty glove save on Kucherov's shot midway through the second.

NOTES: Vasilevskiy is 5-0-0 against the Red Wings. ... Detroit LW Andreas Athanasiou, who agreed to a one-year contract Oct. 20, was in the lineup for the first time. ... Tampa Bay C Cedric Paquette (upper-body injury) missed his fourth straight game and is expected to be out two more weeks.