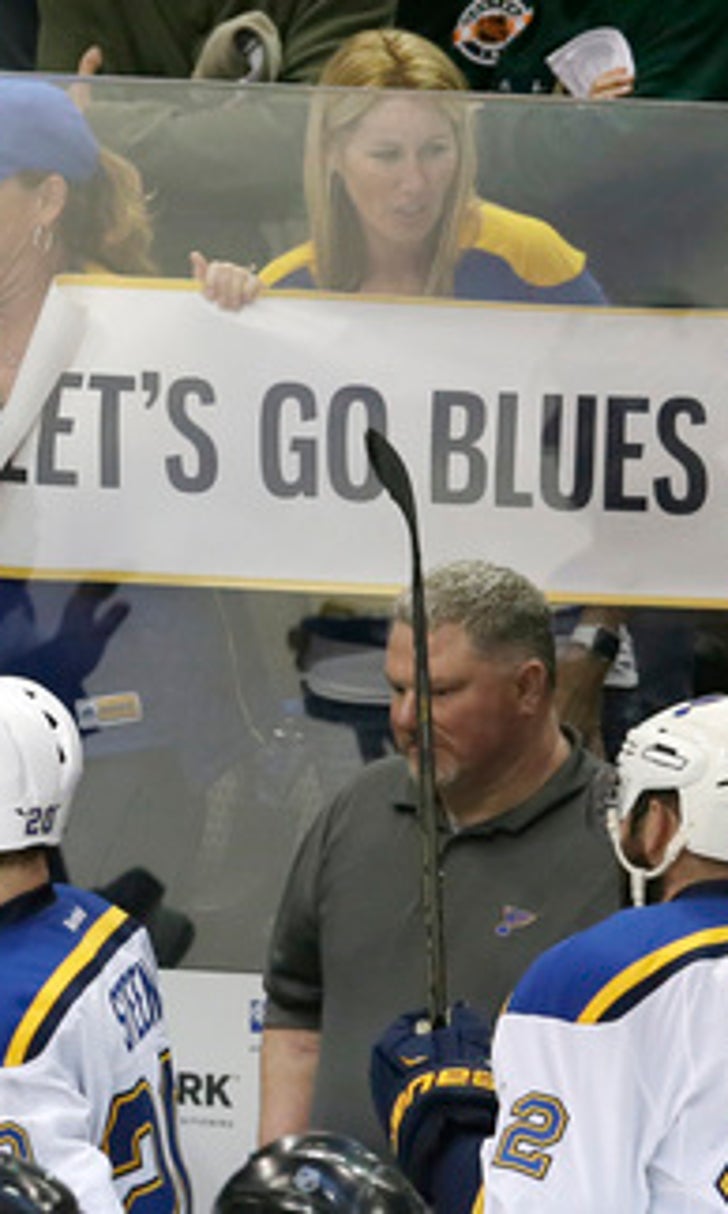 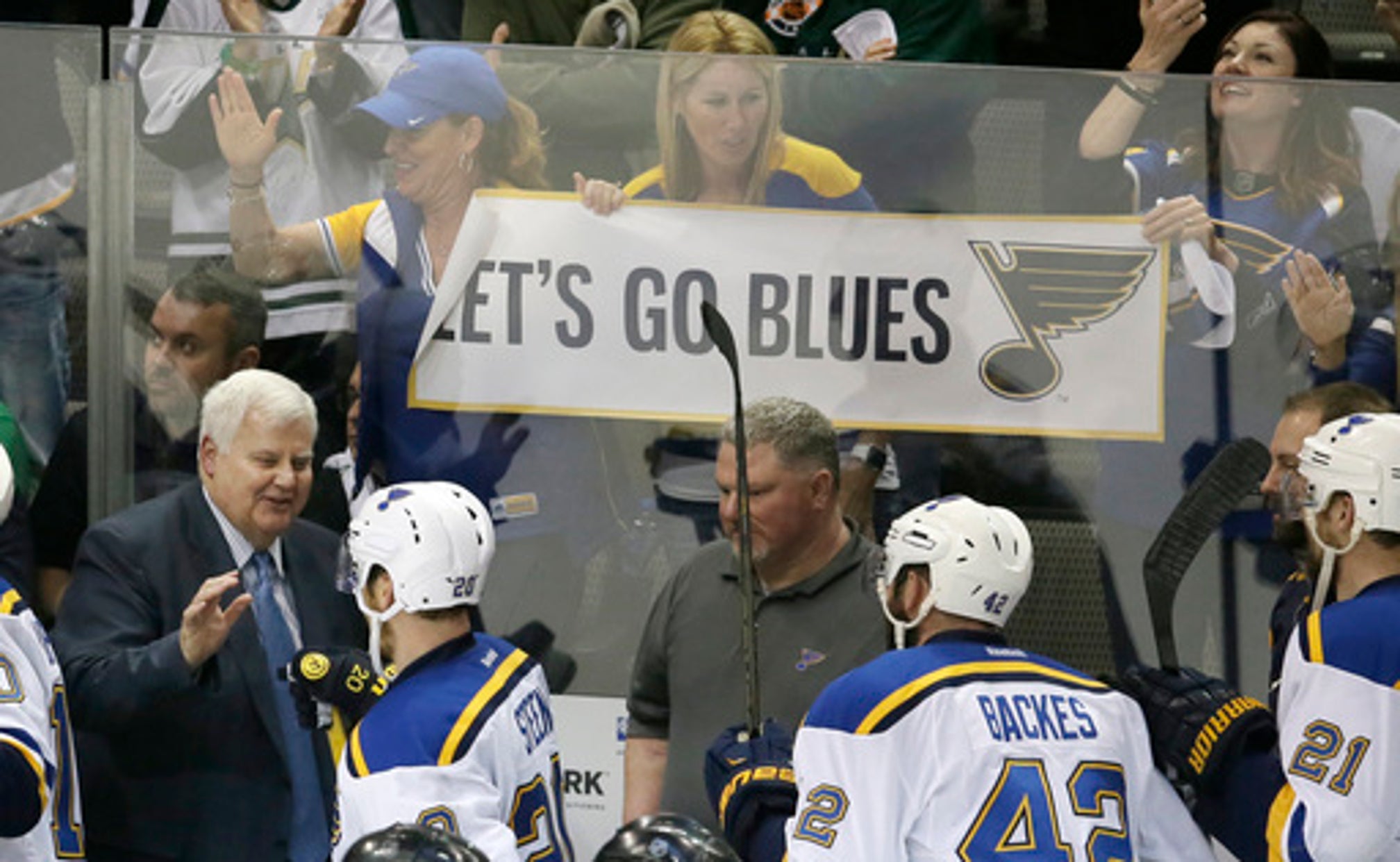 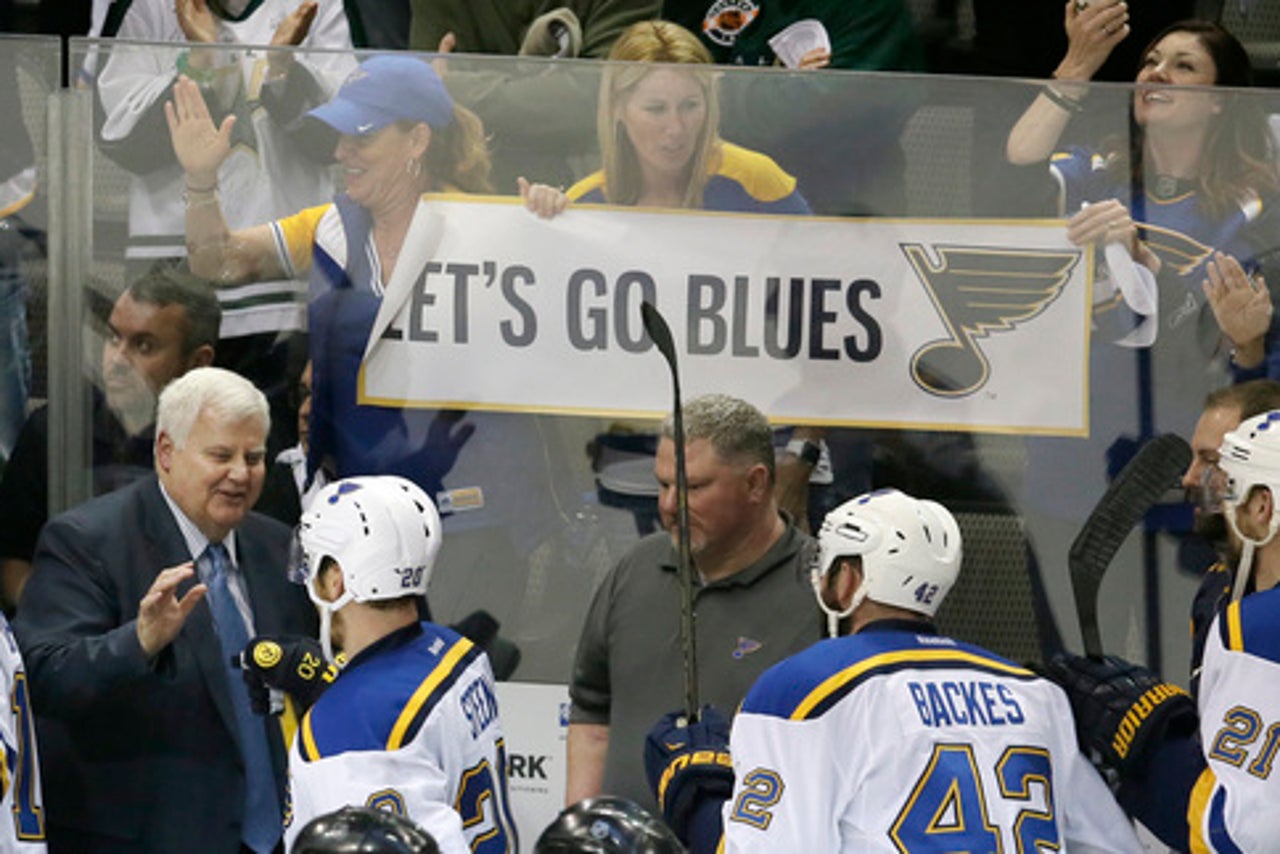 ST. LOUIS (AP) After three straight first-round eliminations, Doug Armstrong resisted the temptation to tear it all down.

The St. Louis Blues general manager can crow just a bit now that patience has been rewarded and the franchise is in the NHL's final four heading into a matchup against the San Jose Sharks. The roster has come together with a mixture of long-term veterans who have move past playoff futility, newcomers accustomed to success and rookies who know nothing about the past and hit the ice at a sprint.

''I never recommended to ownership that we start from scratch,'' Armstrong said Friday, two days ahead of the Blues' first appearance in the Western Conference finals since 2001. ''I said we should tinker, and we have to try to get better. I didn't lose sight of how well the team played for six months.''

The Blues finished second overall in the West this season, forged by adversity from numerous long-term injuries and fueled by contributions from old hands (Troy Brouwer) and fresh-faced kids like 20-year-old Robby Fabbri, tied for the team lead with 13 points in the playoffs, and fellow rookie defenseman Colton Parayko.

Nobody blinked when it took three chances to finish off the Blackhawks in the first round, or when they missed a chance to clinch at home against the Stars in the second round.

''We have handled adversity differently this year,'' coach Ken Hitchcock said. ''We've learned to hang together.''

Much of the core survived the lean times.

Captain David Backes, a former second-round draft pick in his 10th season with the franchise, has had a standout postseason with six goals and six assists. Defenseman Alex Pietrangelo has been rock-solid on the back line playing every other shift. Forwards Alexander Steen and Jaden Schwartz excel at two-way play, Patrik Berglund has raised his level of play significantly for the postseason and Vladimir Tarasenko is the scoring threat no opposition can ignore.

''You know how much work it takes to get here, even just this season, this playoffs,'' Backes said. ''One of these four teams is going to win the Cup and we're thinking in this room, `Why not us?'''

Astute decisions have been made later in the draft, too. Parayko and forward Jori Lehtera were third-round picks, rookie defenseman Joel Edmundson is a fourth-rounder and Ryan Reaves, who Hitchcock likes to refer to as a ''regulator,'' came in the fifth round.

Brouwer got the game-deciding goal in Game 7 of the first round against the Blackhawks and had three points in the 6-1 win at Dallas on Monday. He came from Washington last summer in exchange for fan favorite T.J. Oshie because the Blues craved more blue-collar experience. The Capitals won the President's Trophy but were knocked out in the second round by the Penguins, so now Oshie said he's rooting for St. Louis.

One of the best deals, Steen from Toronto in exchange for Carlo Colaiacovo and Lee Stempniak in 2008, was made before Armstrong arrived. Hitchcock said Steen might have been in the running for the Selke Trophy for best defensive forward had he not missed 15 games.

Elliott was a low-cost, free-agent pickup in 2011 who has emerged in his first extended playoff experience. Mobile defenseman Kevin Shattenkirk came from Colorado in a deal for faded No. 1 overall pick Erik Johnson in 2011. Paul Stastny, the top free agent pickup in 2014 for the Blues, is the best faceoff man in the playoffs

''We weren't prepared to give a second-round pick for a player that was going to end up sitting beside me when we got healthy,'' Armstrong said. ''We were comfortable that everybody was getting healthier and we just moved forward with that.''