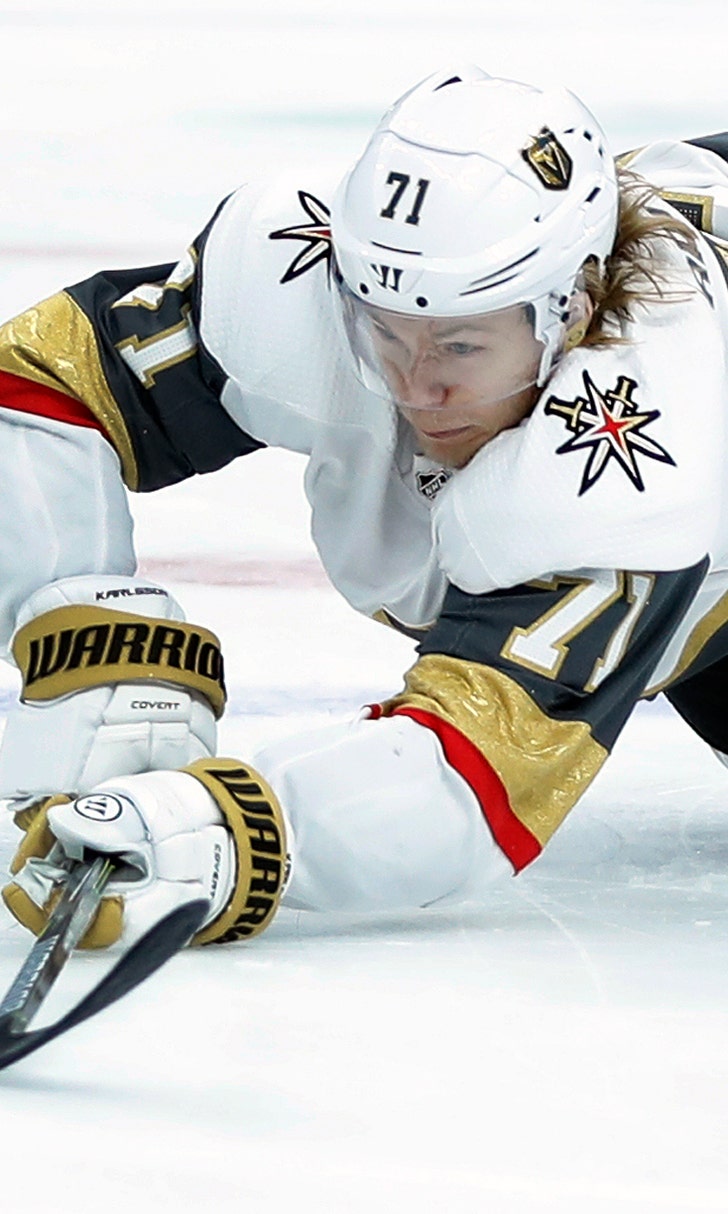 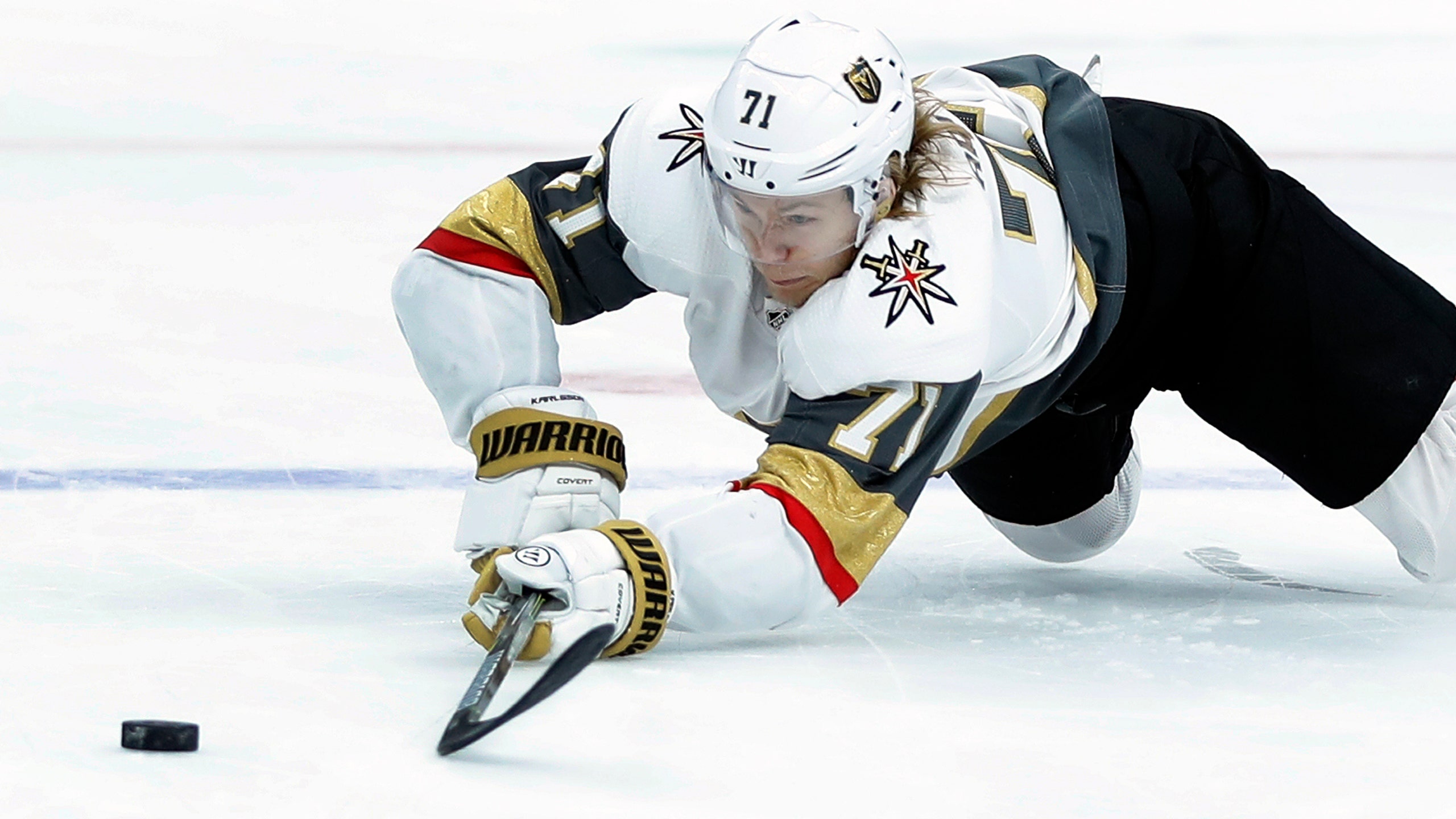 Hindsight is 43/35 for the Columbus Blue Jackets.

That's how many goals and assists William Karlsson put up for the Vegas Golden Knights after the Blue Jackets let him go in the most recent NHL expansion draft. They also sent first- and second-round draft picks to Vegas to unload David Clarkson's contract and hold on to forward Josh Anderson and goaltender Joonas Korpisalo.

"I think we've looked at probably 100 times already that, 'Could we have done something different the last time around?'" Columbus general manager Jarmo Kekalainen said. "Probably not. You're going to make some mistakes and you might let the wrong guy go. You do your studying, you do your evaluation of your players and you do your projections and it's not an exact science."

Maybe the second time's the charm.

NHL teams face another expansion draft in 2021, when Seattle enters the league. And the Seattle GM, whoever that turns out to be, probably won't receive the same kind of windfall George McPhee picked up in 2017 to help the Golden Knights make a run all the way to the Stanley Cup Final because some important lessons have been learned.

"We might get to a situation where we're like, 'Boy I don't want to lose any of these guys,' so a team may have to do it again," Dallas Stars GM Jim Nill said. "But we've lived it now and I think we'll have a better understanding of it. And if you're going to (make a trade), you're going to make sure it's for the right person. You're going to be like: 'I'm giving up a lot of assets here. Is this the right thing to do?'"

McPhee held all the leverage that summer, and he stockpiled talent as a result. Because only seven forwards, three defensemen and a goaltender (or seven skaters at any position and a goaltender) could be protected, a lot of deep teams were stuck with core players unprotected and willing to do almost anything to keep them.

Chuck Fletcher, who was Minnesota's GM, figured out the hard way that expansion means every team loses something. Now with Philadelphia, his approach will likely be to lose as little as possible to Seattle.

"No matter what you do you're going to lose a good player," Fletcher said. "You either let them make the choice for you or you try to help them out by making sure you're keeping the things you want to keep. It was a great process to go through and I'm sure there were some lessons learned, but at the end of the day, if you have too many players than you can protect, you've got to pick your poison."

A popular choice last time? Teams giving up players to clear salary-cap space. That was the impetus for the Fleury move and others, but so much time to prepare could reduce the need for those trades in the summer of 2021.

"That's just one thing that I see could happen, that if the teams aren't financially strapped against the cap then they don't have to make those sacrifices of young players to get the cap relief," Vancouver Canucks GM Jim Benning said.

With two full offseasons until Seattle can plunder 30 NHL teams (Vegas will not participate), a lot of GMs are already planning ahead. Offices in Columbus and Dallas have already been the scene of some long-range preparation while acknowledging a lot can change between now and then. Nill said teams will likely need to decide whether someone is a "core player" or someone who isn't going to be around in the future.

All GMs will need to grapple with the impact of no-movement clauses in player contracts that the NHL decreed must be protected in any expansion draft. Ottawa lost defenseman Marc Methot, in part, because Dion Phaneuf wouldn't waive his no-movement clause. Now that GMs know the rules, deals through 2021 could be affected.

"You're reluctant to give no-move clauses at any time, but certainly with knowing what your expansion protected list is going to be, I think that will make teams a little more cautious," Penguins GM Jim Rutherford said.

According to PuckPedia , there are already 36 players with no-movement clauses for 2021-22. The Penguins, Stars and Blackhawks lead the league with four players each. Don't be surprised if GMs attempt to change some of those situations to put themselves in a better spot.

After sitting in last place in the Eastern Conference on Nov. 20, Pittsburgh is 6-2-2 in its past 10 games to surge up the standings. Backup goaltender Casey DeSmith, who has stepped up for injured starter Matt Murray, is a big part of that with his 2.10 goals-against average and .927 save percentage over that time.

"I'm not surprised," Rutherford said. "Casey took the long road to the National Hockey League. He worked at it. He's worked very close with Mike Buckley, our goalie coach, and he's a goalie that really worked on his fundamentals."

The Penguins activated Murray off injured reserve Wednesday. Even with Murray's return, don't expect Pittsburgh to keep DeSmith on the bench for long.

"You have to have two goalies because if you want to have a long run in the spring, you can't wear your No. 1 goalie out," Rutherford said.

The top two teams in the Atlantic Division face off Thursday when the Toronto Maple Leafs visit the Tampa Bay Lightning.

Follow The People’s Sports Podcast
When Charlotte Wilder and Mark Titus started 'The People's Sports Podcast,' the goal was simple: Have fun. Mission accomplished!
6 days ago