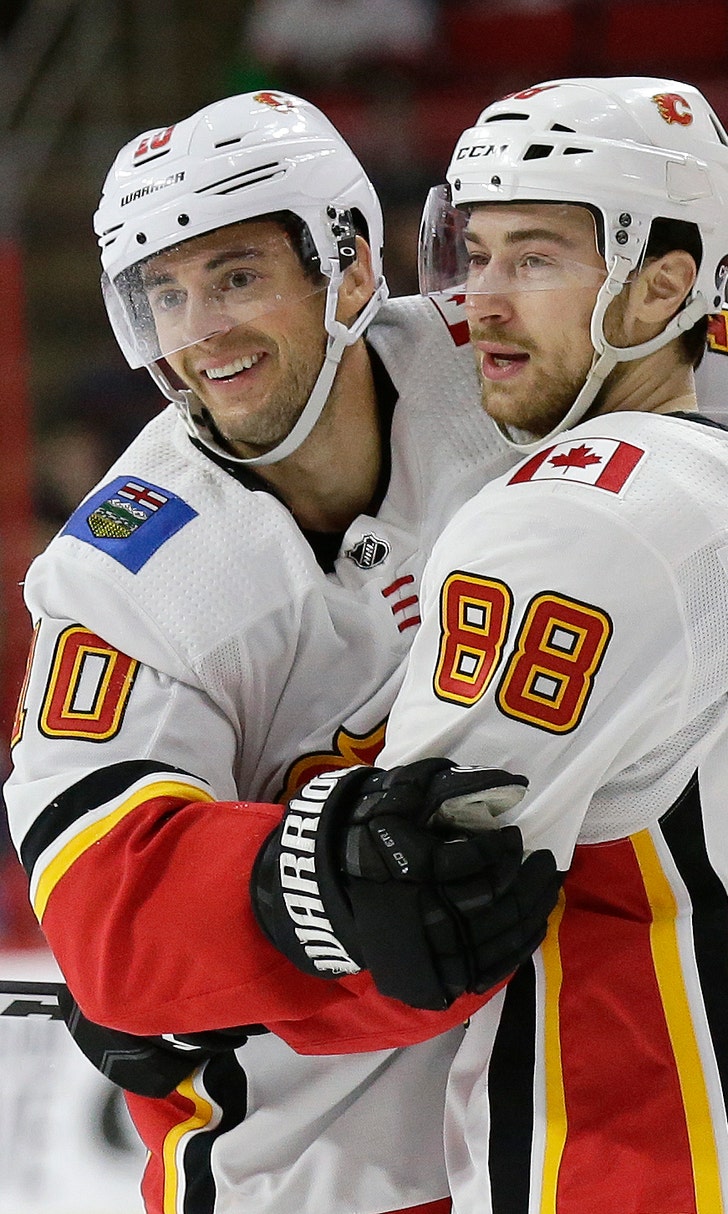 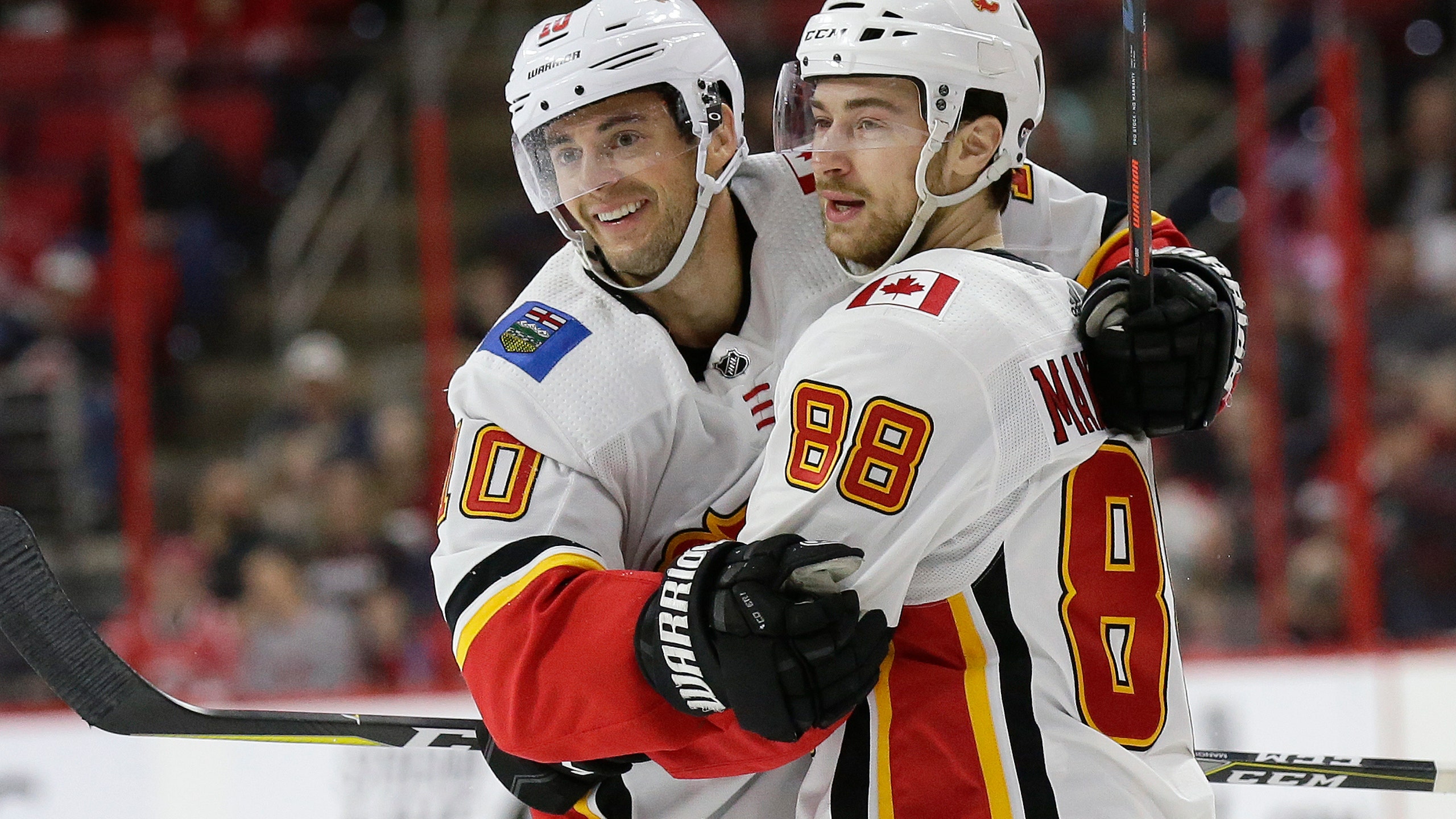 RALEIGH, N.C. (AP) — Bill Peters' return to Carolina went about as perfectly as he could have imagined.

He has the players he brought with him to Calgary to thank for that.

Derek Ryan, Elias Lindholm and Noah Hanifin all scored in their first game back in Carolina, and the Flames beat the Hurricanes 4-3 on Sunday in Peters' return to Raleigh.

Peters resigned as Carolina's coach last offseason and took over in Calgary. Shortly after, the Flames acquired Lindholm and Hanifin in a trade with the Hurricanes, and Ryan signed with Calgary after three seasons in Carolina.

The ex-Hurricanes had a hand in all four Flames goals. Lindholm pulled Calgary into a tie late in the first, Ryan scored the go-ahead goal in the second and assisted on Garnet Hathaway's goal later in the period, and Hanifin finished the scoring with a slap shot in the third.

"You can't script that," said Peters, who coached the Hurricanes for four seasons. "All the guys involved had a positive impact on the game."

A pregame video welcoming Peters, Ryan, Lindholm and Hanifin back to Carolina was met with boos by the crowd.

It only served to fire the players up. After the final buzzer sounded, Lindholm began clapping his hands over his head, mocking what the Hurricanes do after home victories. Lindholm received even louder boos after that.

"My name came up twice on the JumboTron and I got booed, so that was a nice way to end it," Lindholm said. "I was surprised. I tried to play hard here for five years and got booed. It is what it is. It was nice to end it that way."

Sebastian Aho, Teuvo Teravainen and Dougie Hamilton each had a goal and an assist for the Hurricanes. Petr Mrazek made 28 saves.

The Flames scored three consecutive goals after Carolina took an early lead, and Rittich made it stand up with a string of highlight-reel saves.

Rittich stopped Justin Williams' chance at an open net off a deflection and Micheal Ferland's point-blank slap shot in the first period. He made a terrific pad save on Lucas Wallmark's one-timer in the second as well as stopping Ferland's late deflection in front of the net, and he robbed Williams again with a pad save on a one-timer in the third to preserve Calgary's one-goal lead.

"Big-time saves," Peters said. "It was a hell of a hockey game and those were some high-end plays."

After a turnover by Flames defenseman TJ Brodie in front of Rittich led to Carolina's first goal, Calgary took control. Mark Giordano's wrist shot from the point redirected off Lindholm's leg into the net to tie the score at the end of the first, and Ryan took over in the second.

He gave the Flames their first lead with a wraparound 7:38 into the period, and served as the catalyst for a short-handed goal that made it 3-1. Ryan forced a turnover just inside his own blue line, skated the length of the ice along the left boards and finished a 2-on-1 with a pristine pass to Hathaway on the far post.

"(Ryan) has had a lot of good games in this building," Peters said. "He was real good. Brought a little extra juice for him coming back into PNC Arena."

Allowing the short-handed goal was punch to Carolina's power play, which finished 0-for-4 on the day.

"If you want to look at one big difference in the game you can look at that," Williams said. "Our power play was minus-1, which can't happen. We need to execute and we need to score goals and those are crunch times. Instead of being 2-2 it's 3-1 and that's a tough hill to climb, especially against one of the better teams in the league."

After Rittich stonewalled numerous Carolina rushes in the third, Hanifin provided the backbreaker with 6:55 to go.

Aho scored with the extra attacker on with 55 seconds remaining, but Carolina's comeback attempt ran out of time.

Hurricanes: At Pittsburgh on Tuesday.