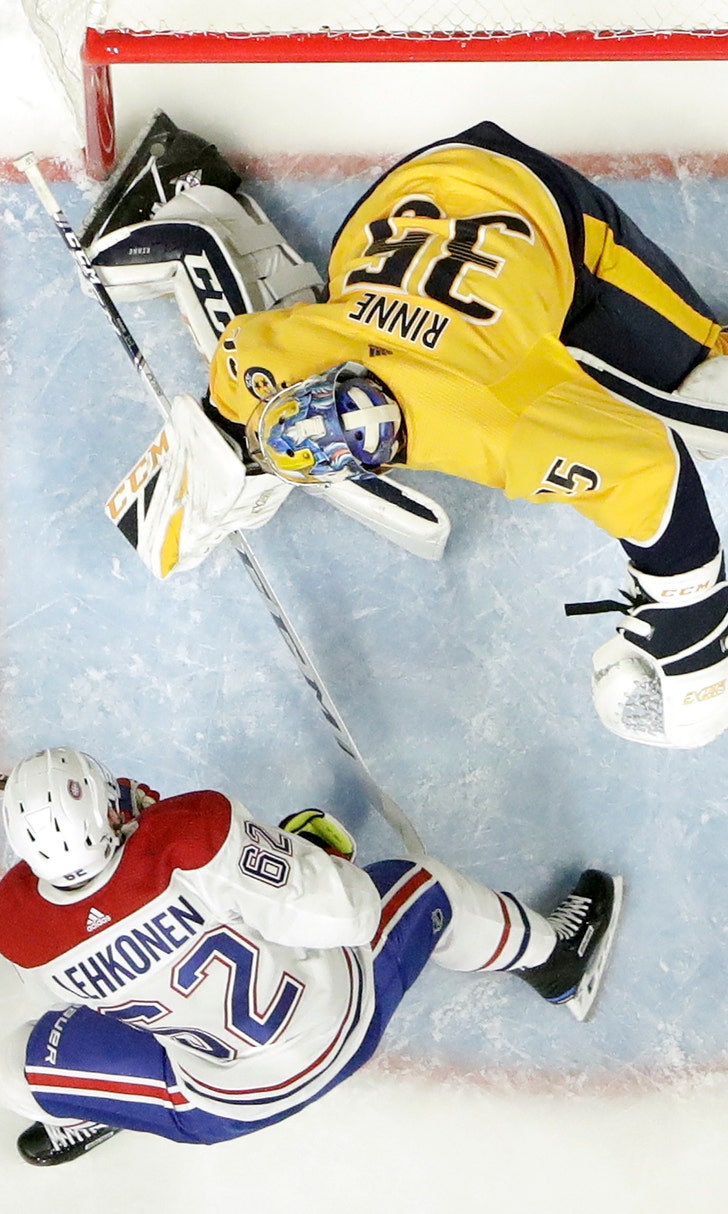 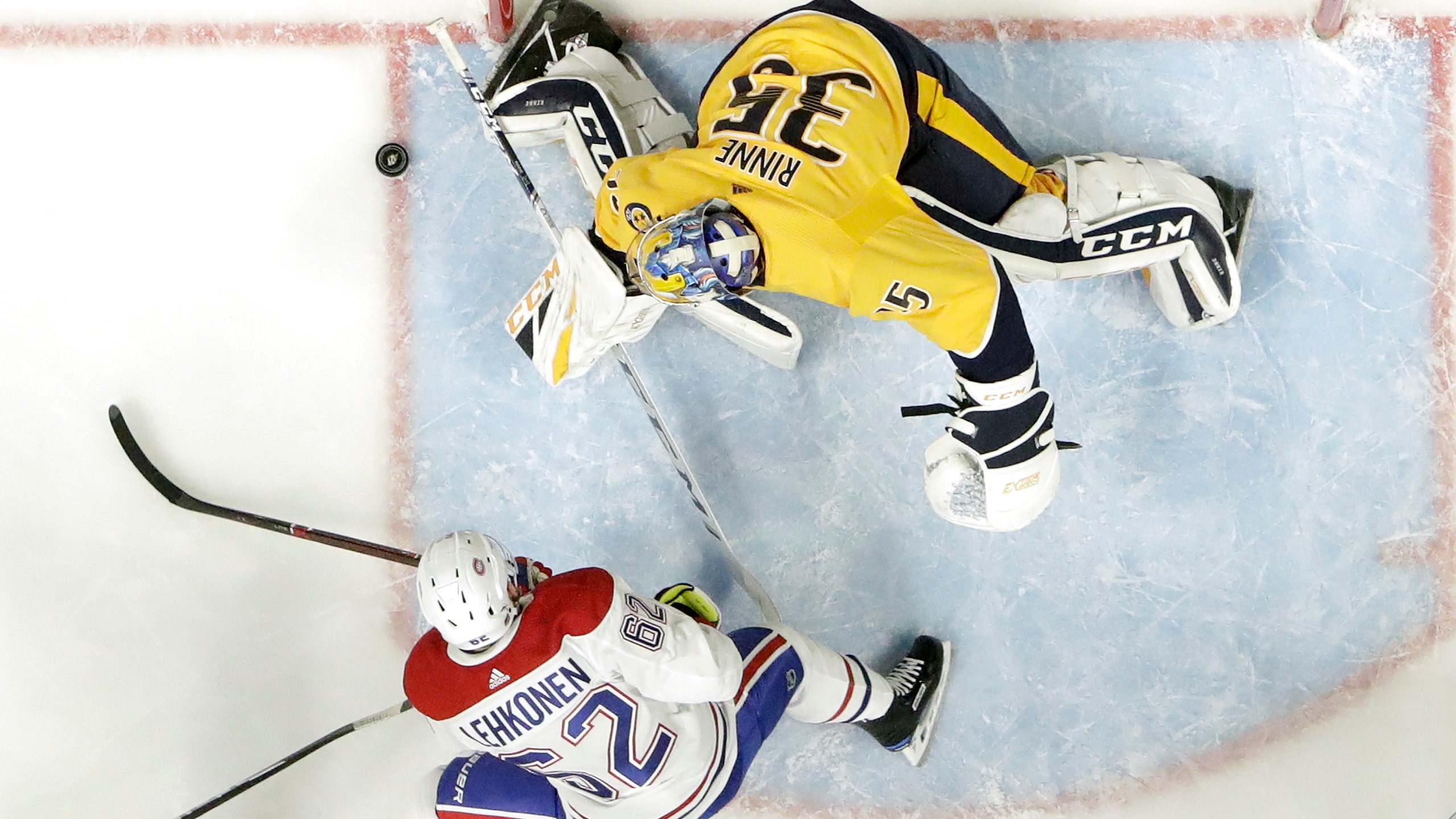 Rinne stopped 34 shots, Arvidsson and Boyle scored, and the Nashville Predators beat the Montreal Canadiens 3-1 to snap a three-game skid.

Rinne was sharp, especially in the second period, when he turned aside all 21 Montreal shots he faced.

Tomas Tatar scored and Carey Price made 35 saves for Montreal, which has lost consecutive games for the first time since early January.

"I thought it was a pretty entertaining game going both ways," Price said. "I thought we held our own for sure. We don't like the result, but I thought we played a good team well."

With the game tied at a 1 midway through the third, Boyle and Arvidsson struck 2:24 apart to pull away.

Boyle's goal, his first since being traded to the Predators, came at 8:36 on a slap shot from the high slot. Former Canadien P.K. Subban set Boyle up with a nice pass from the right side.

"We've got an active 'D,' so you've got to be able to cover," Boyle said. "I had some probably higher quality chances earlier, but whatever, I'm excited to win. It's a really good feeling. It's great to do it at home, too."

Arvidsson had a tap-in at 11:00 thanks to a cross-crease pass from linemate Ryan Johansen. Arvidsson's 26 goals lead the Predators.

Johansen has points in a season-high six consecutive games.

Earlier in the game, Price denied Arvidsson on a clear breakaway with 2:40 remaining in the second.

Ryan Hartman scored the game's first goal at 9:49 of the second period. Just outside the Montreal blue line, Hartman knocked down Jonathan Drouin's clearing attempt and sent a pass to Craig Smith, whose shot attempt was denied by Price. Hartman swooped through the slot and buried the rebound, which was in the air when he connected.

The goal was Hartman's 10th of the season and first since Dec. 13, snapping a 27-game skid. As he skated toward the Nashville bench for celebratory fist bumps, Hartman mimicked removing a monkey off his back and tossing it into the crowd.

"It was a long time, longest streak I've ever had at any level, so it was a good feeling," Ryan Hartman said.

Montreal played its first game since Saturday, and the rust showed early being outshot 16-8 in the first.

"Our first period made it look like we hadn't played in four or five days," Montreal coach Claude Julien said. "We weren't very good. In the second period, we seemed to get our legs going. We seemed to find our game, but we didn't capitalize on our chances. We had lots of them and that's what probably hurt us in the end."

Tatar evened the game at 1 at 5:26 of the third. The Canadiens entered the Nashville zone on the right side on a 3-on-2 rush. Tatar beat Rinne from the slot off of an impressive pass from Andrew Shaw.