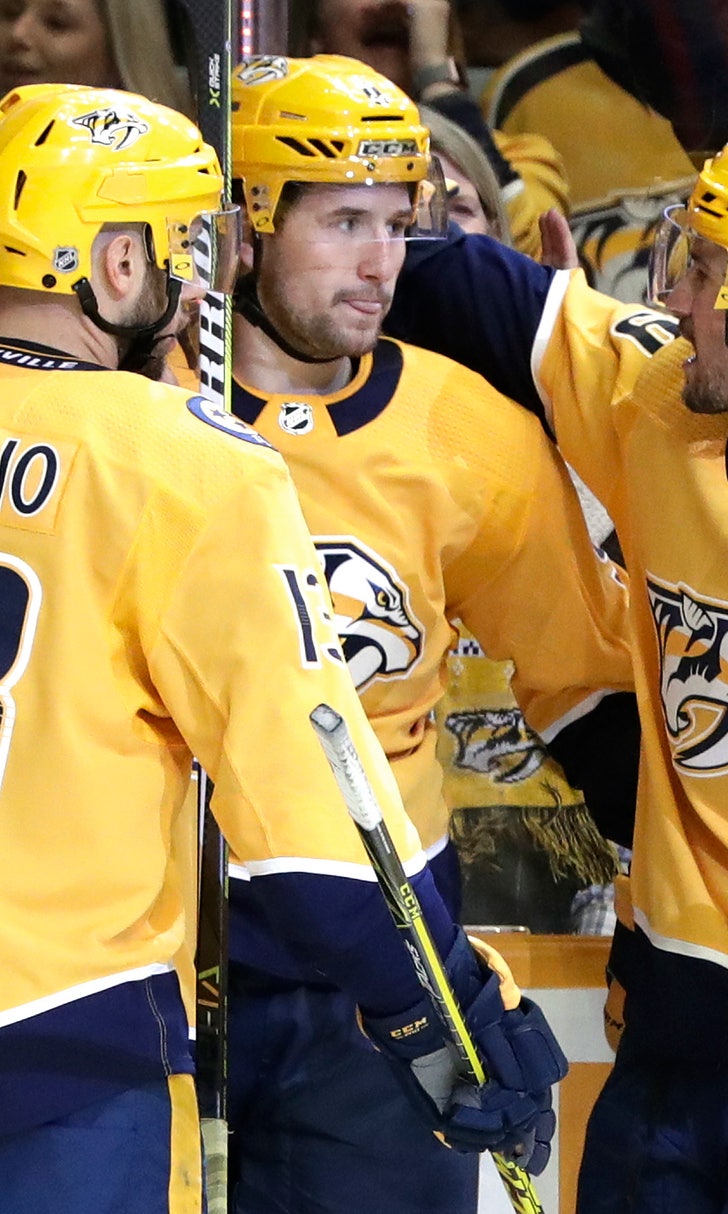 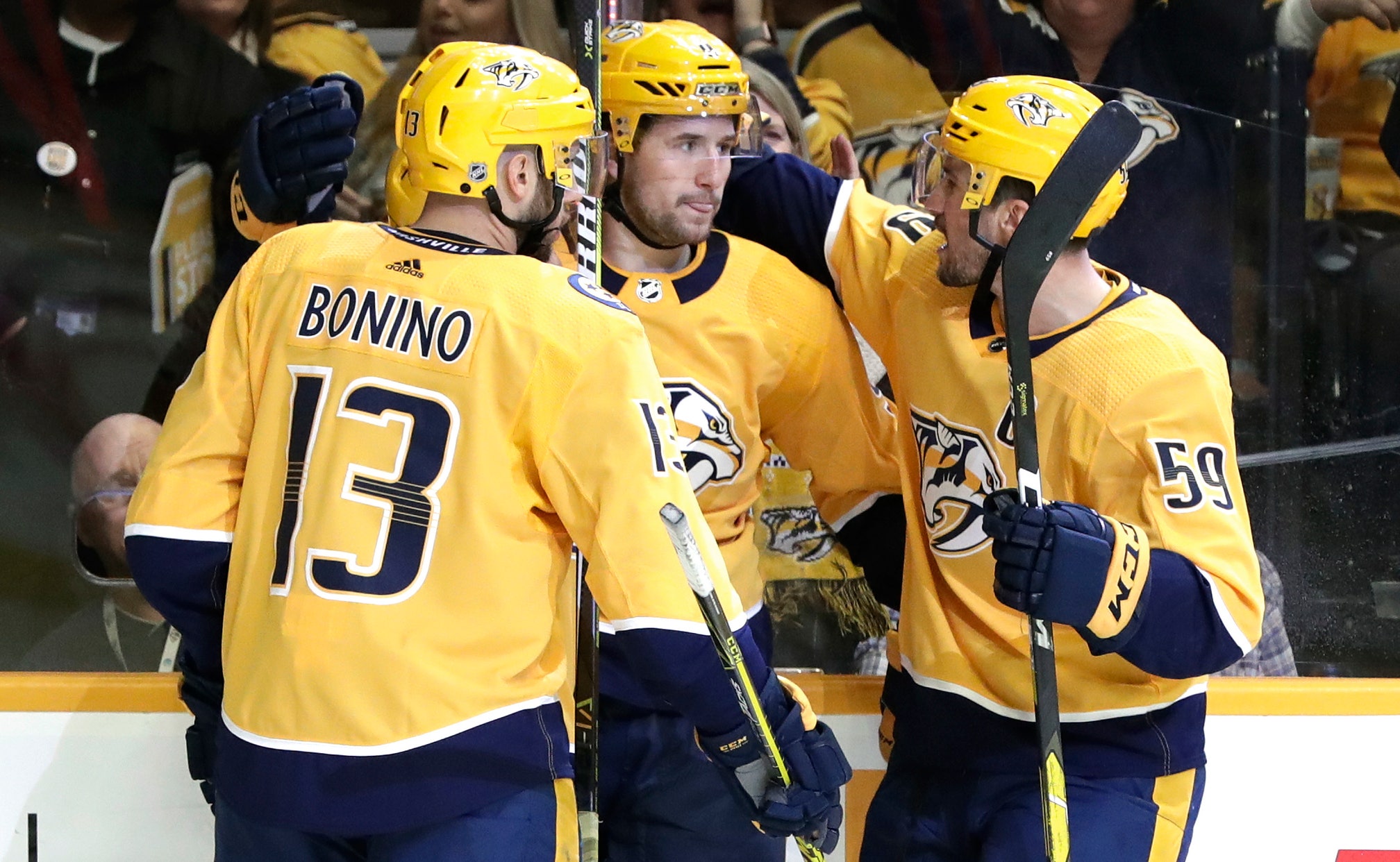 NASHVILLE, Tenn. (AP) — The Nashville Predators took care of several issues Tuesday night at the expense of the Arizona Coyotes.

None meant more than ending their power-play woes, if only for one night.

Filip Forsberg ended an 0-for-34 power-play drought as part of Nashville's three-goal second period, and the Predators beat the Coyotes 5-2 Tuesday night to snap a three-game skid at home.

"We've been having a lot of good looks lately, but at the end of the day, it's about scoring goals and we were fortunate to do that tonight," Forsberg said. "I think we played well enough to have a couple more on the power play as well, but we will take one for tonight."

Roman Josi scored an empty-net goal with 2:50 left and had two assists, Ryan Ellis had a goal and an assist and Craig Smith and Calle Jarnkrok each had goals.

Pekka Rinne made 24 saves as Nashville avoided being swept by Arizona this season, though the Coyotes did take the series 2-1.

The Predators hadn't scored on the man advantage since Jan. 9 in a win at Chicago and not at home since a loss to the Rangers on Dec. 29. They went 1 for 5 against Arizona.

"We had a lot of looks and a lot of opportunities," Nashville coach Peter Laviolette said. "I thought that there could have been more than one . a couple of miscues on the shot, a couple of big saves, a couple couldn't find their way in. Fil made a terrific shot coming in on his."

Vinnie Hinostroza and Derek Stepan scored for Arizona, which finished a six-game swing with a fourth straight loss.

The Coyotes played their second game in as many nights without eight regulars due to injuries, and Calvin Pickard started in his 100th career NHL game with goalie Darcy Kuemper day-to-day with an upper body injury and made 42 saves.

(He) was by far our best player tonight and kept us in and gave us a chance," Stepan said. "That's all you ask from your goaltender. Unfortunately, we just didn't have the extra magic that we needed."

These teams hadn't met since the end of November, and Nashville managed only a goal in the two losses to Arizona.

The Coyotes' luck appeared to continue as Pickard made a stop on Forsberg late in the first period with the puck bouncing off his head and over the net, then the Coyotes went the other way with Hinostroza beating Rinne with a wrister from the slot at 16:59.

Arizona had a 5-on-3 for 41 seconds in the first minute of the second period after Nashville captain Roman Josi cleared the puck over the glass, hitting a child behind the penalty box. The child walked out on his own with his family a few minutes later, and Nashville killed the penalties. Then Smith scored his 15th goal this season and first in a month on a wrister off a rebound at 2:58, tying it up for Nashville.

"The 5-on-3 has actually killed us the last couple of games," Arizona coach Rick Tocchet said.

The Predators, who came in with a lengthy scoring drought with the man advantage, failed to convert on their first two power plays to extend the skid to 0 of 34. Hinostroza went to the box for holding Predators forward Kevin Fiala, and Nashville finally converted. Josi found Forsberg, whose wrister from the top of the right circle beat Pickard's glove at 7:45 for a 2-1 lead against what had been the NHL's stingiest on the penalty kill.

NOTES: Nashville improved to 9-16-3 when allowing the first goal this season and 6-12-2 when trailing after one. The Predators are 26-2-0 when leading after two periods ... Arizona had only allowed 22 power-play goals this season, fewest in the NHL.