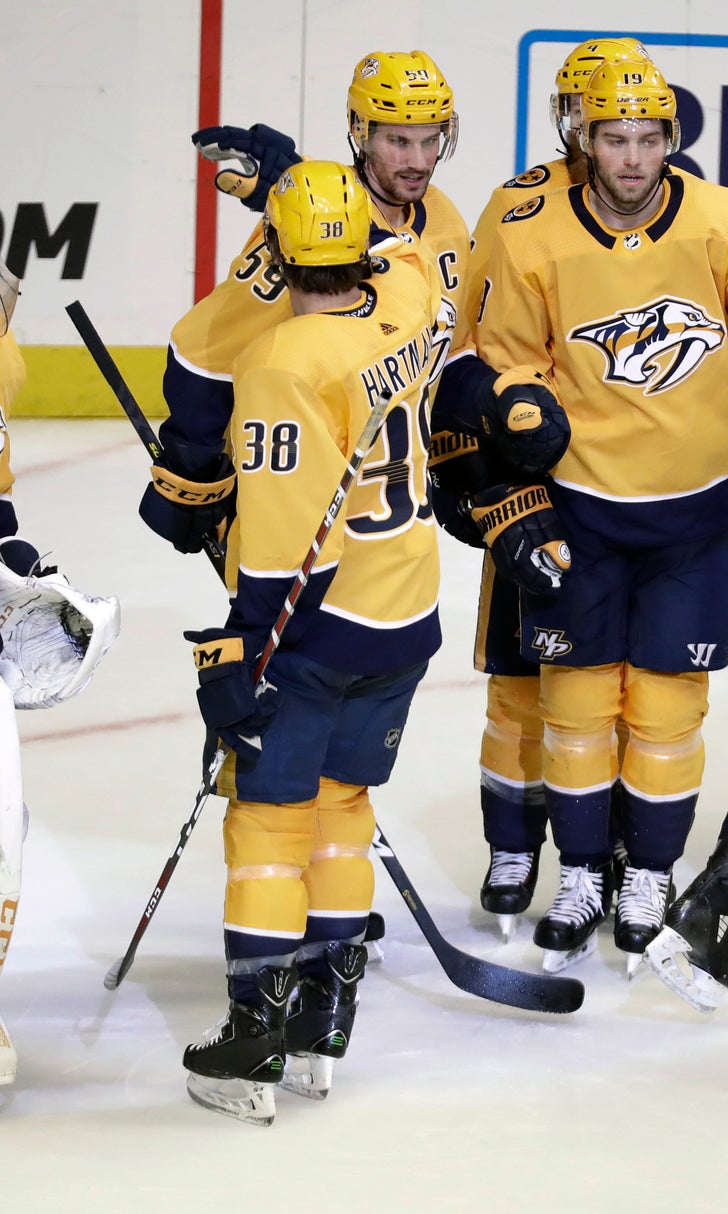 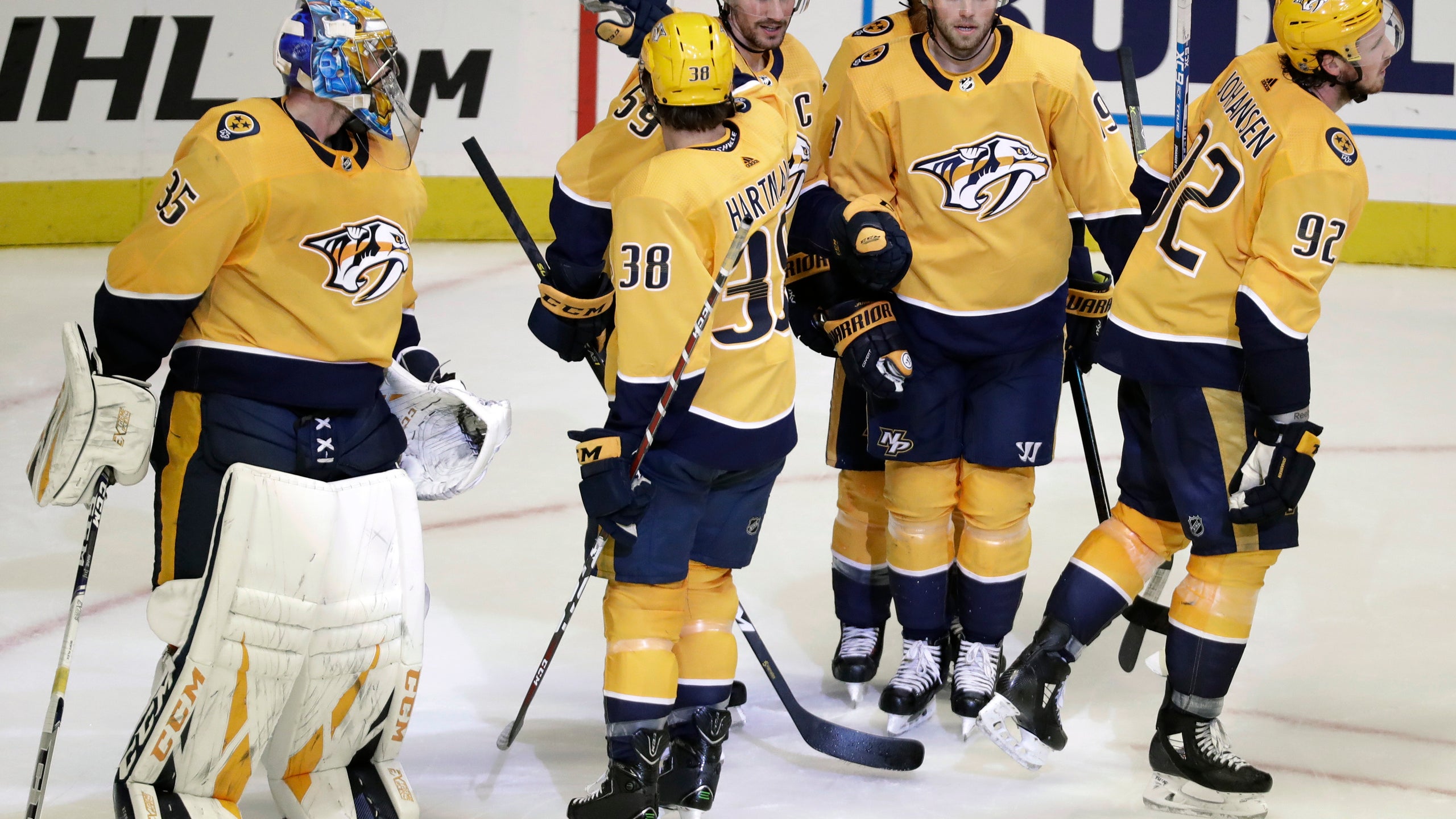 NASHVILLE, Tenn. (AP) — The Nashville Predators have made a pair of trades, adding size and toughness trying in an attempt to fill the void created by the absence of a trio of players.

That doesn't mean general manager David Poile is necessarily finished trying to improve the defending Presidents' Trophy winners. There is still three weeks before the NHL trade deadline. And no matter how happy Poile is with his roster after trading for a pair of veteran forwards in Brian Boyle from New Jersey and Cody McLeod from the Rangers on Wednesday, things can always be better.

"I think just look for the right deal," Poile said. "If we can improve our club, we're going to do that. I'm comfortable with what we have in our depth and filling the holes that I thought we had or got created by the three players that we've lost in the last couple weeks. But if we can improve our team in the next three weeks, we will certainly do that."

The Predators lost defenseman Anthony Bitetto to a waiver claim to Minnesota on Jan. 25, trying to sneak him to the AHL for some playing time. Forward Austin Watson was suspended indefinitely Jan. 29 under the NHL's substance abuse program. Poile announced Wednesday that forward Zac Rinaldo will have season-ending surgery for an injured shoulder.

Nashville center Kyle Turris has missed 17 straight games but could return Thursday against Dallas or this weekend in a back-to-back, home-and-home series with St. Louis. Forward Miikka Salomaki also may be closing to a return from an injury.

That left size the most immediate need filled by both Boyle, a 6-foot-6, 245-pound forward who can play center and wing, and the 6-2, 245-pound McLeod. That should help Nashville better match up with Winnipeg, which ousted the Predators in the second round in seven games last postseason.

"This year it will have to be through Winnipeg," Poile said. "There are no guarantees that's the case, but yes ... I think we wanted to have more size in our lineup."

Both Boyle and McLeod should be in Nashville and available Thursday night when the Predators host Dallas.

Boyle, 34, has 13 goals and 19 points in his 12th NHL season, and he also has 88 hits in 47 games with New Jersey this season. Boyle won the 2017 Bill Masterton Memorial Trophy after battling chronic myeloid leukemia.

The center originally was drafted 26th overall in the 2003 draft held in Nashville by Los Angeles, and he has played 740 career NHL games with 211 points. He also has blocked 513 shots and 1,498 hits and played in the Stanley Cup Final in 2014 with the New York Rangers and 2015 with Tampa Bay. Boyle has 28 points in 111 career postseason games.

Better yet, Boyle scored five power-play goals last season and has six this season, which Poile noted is more than anyone on the Nashville roster. The Predators ended an 0-for-34 drought with the man advantage Tuesday night in a win over Arizona and still went 1-for-5 on the power play.

Poile has regretted losing McLeod since Nashville waived him in January 2018, trying to get the veteran more playing time with Milwaukee in the AHL only to lose him. McLeod's wife and two children remained in Nashville, and McLeod, 34, has a goal and 60 penalty minutes in 31 games this season with the Rangers.

"Hopefully together we can do something real significant this year in the playoffs," Poile said.