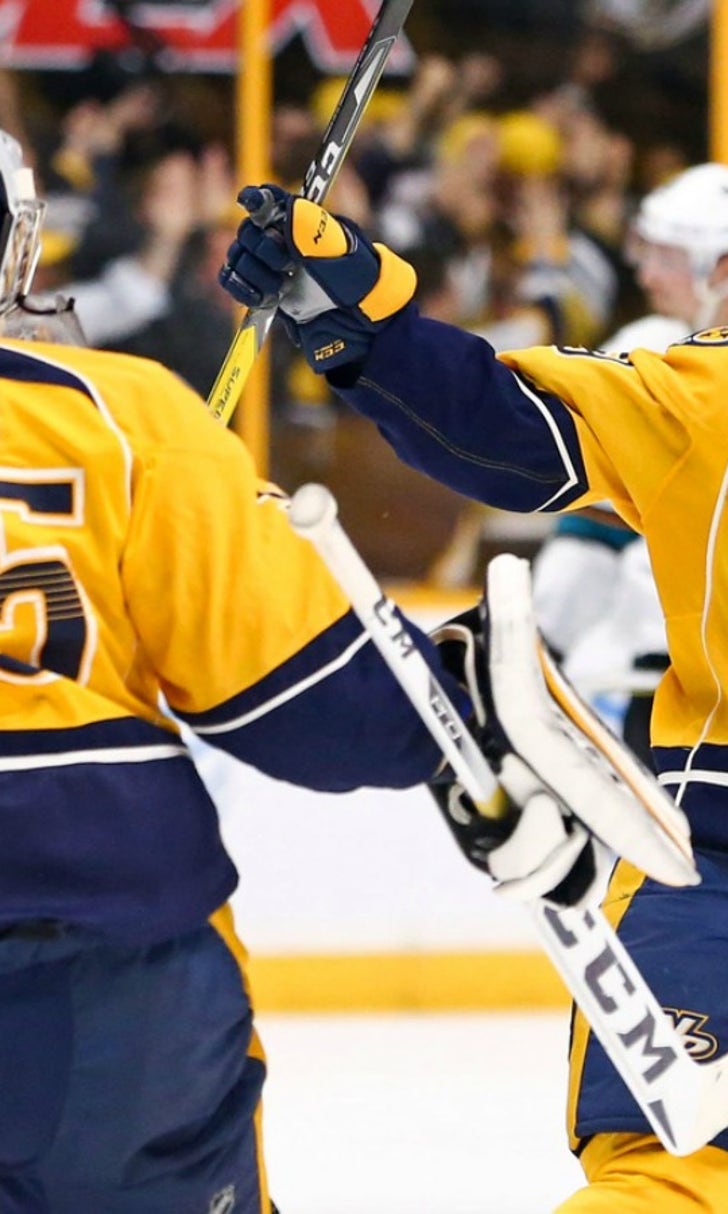 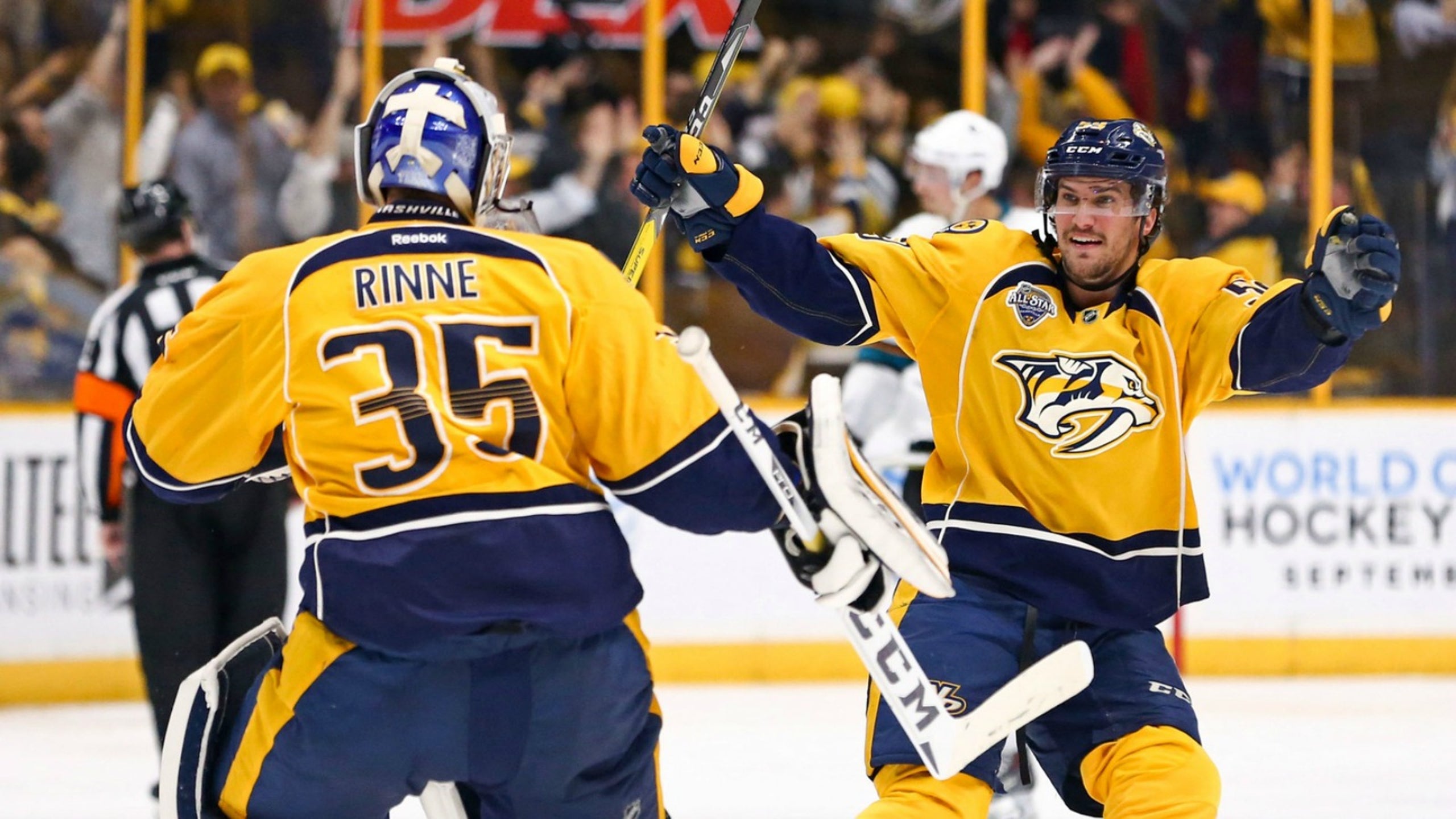 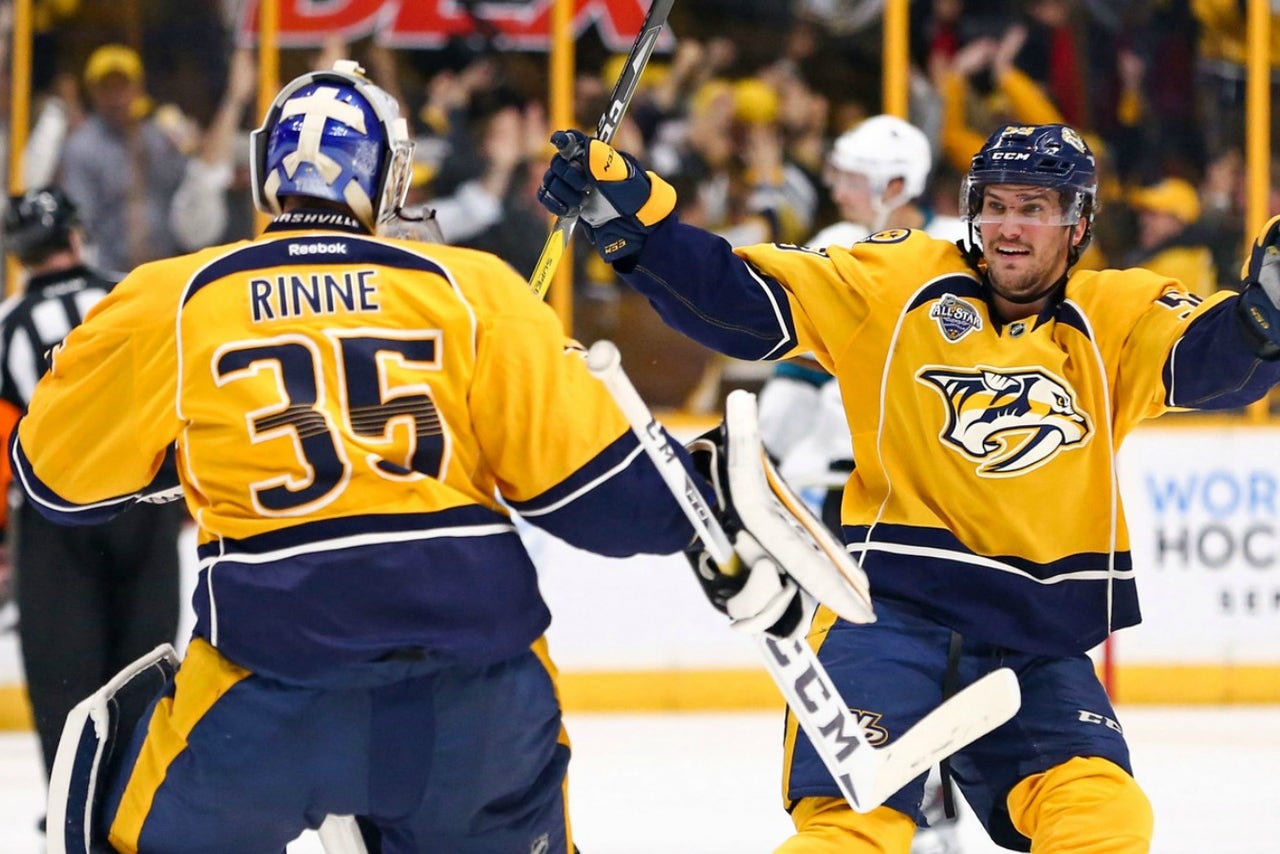 NASHVILLE, Tenn. -- Viktor Arvidsson scored 2:03 into overtime, and the Nashville Predators forced a deciding seventh game for their second straight series by beating the San Jose Sharks 4-3 on Monday night.

Arvidsson jumped the puck between three Sharks and skated up the left side before throwing a backhander past goaltender Martin Jones.

No road team has won yet in this second-round series, and the franchise that had never forced a Game 7 until this postseason will play in its second straight with a berth in the Western Conference finals on the line. The Predators and Sharks get the next two days off before meeting again on Thursday night in San Jose.

Logan Couture scored a power-play goal in the third for San Jose, and Chris Tierney had two goals in the first period. Jones finished with 28 saves, giving the Sharks a chance to reach overtime after Nashville outshot San Jose 27-10 after the first period.

Nashville coach Peter Laviolette had just moved Arvidsson to the top line with Johansen and Filip Forsberg for this game, and the Swede responded by scoring his first goal this postseason. Fans celebrated by tossing a bunch of the hats given away for this game onto the ice.

The Predators forced the first Game 7 in franchise history two weeks ago by beating Anaheim in Game 6, and they have traveled approximately 15,000 miles already this postseason.

San Jose routed Nashville 5-1 to push the Predators to the brink of elimination, and the Sharks appeared ready to advance when they jumped to a 2-0 lead thanks to Tierney.

He redirected a shot from Marc-Edouard Vlasic past Pekka Rinne at 9:55, a goal upheld on review to ensure Tierney's stick was below the crossbar. Then he scored again at 11:51 with a backhander for his third goal this postseason.

Josi, who had more shots (38) without a goal this postseason than any other player, finally ended his drought all on his own, skating up the slot and bouncing the puck past Jones at 15:27. That finally gave Nashville fans a reason to cheer and the Predators some life.

Johansen, acquired in a January trade that cost Nashville promising defenseman Seth Jones, tied it 1:25 into the second. With the teams playing 4-on-4, he skated around Sharks defenseman Justin Braun and beat Jones with a backhander.

Couture scored his sixth goal this postseason on the Sharks' first man advantage of the game after Predators forward Miikka Salomaki caught Jones in the head with his stick. Couture's wrist shot from the left circle easily beat Rinne, who stumbled as he went backward in the crease midway through the third.

Wilson tied it up off an assist from James Neal at 12:44. Only Jones making save after save forced the game to the second straight overtime in Nashville.

NOTES: Nashville is 5-1 In one-goal games this postseason. ... Wilson has four goals and five assists in his seven-game points streak. ... Neal extended his streak to four games (two goals, three assists). ... Sharks defenseman Matt Nieto played only 3:53 of the first and didn't return.