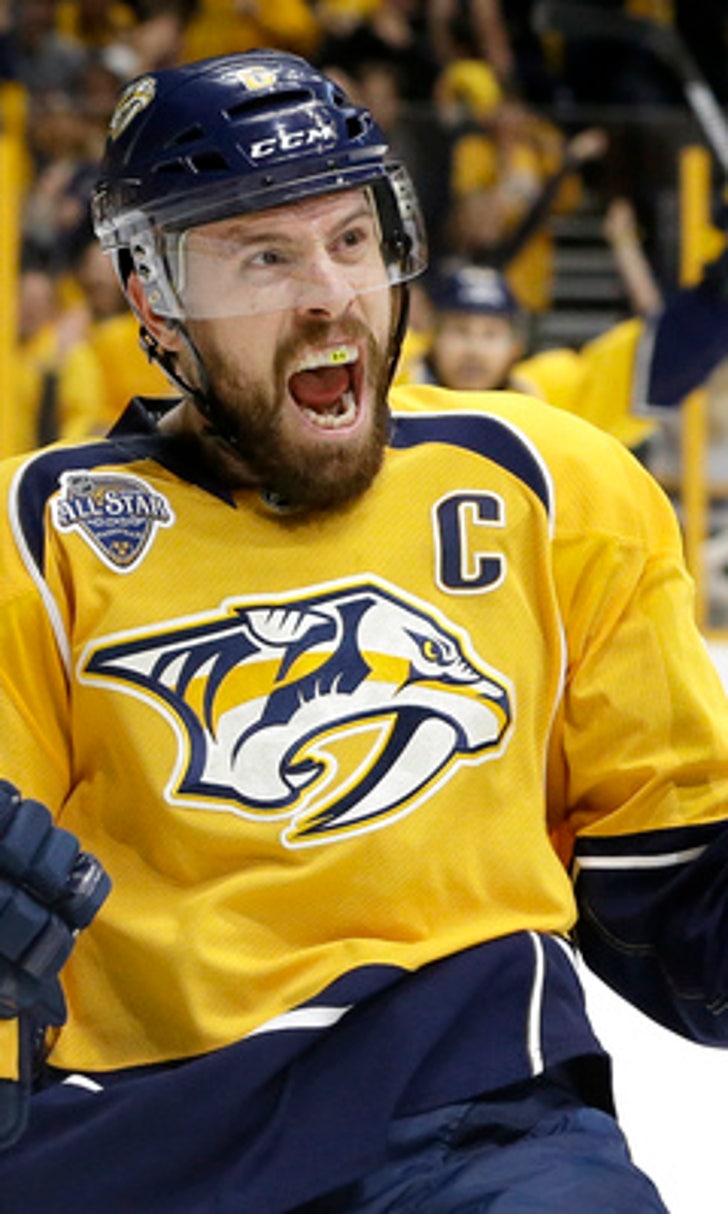 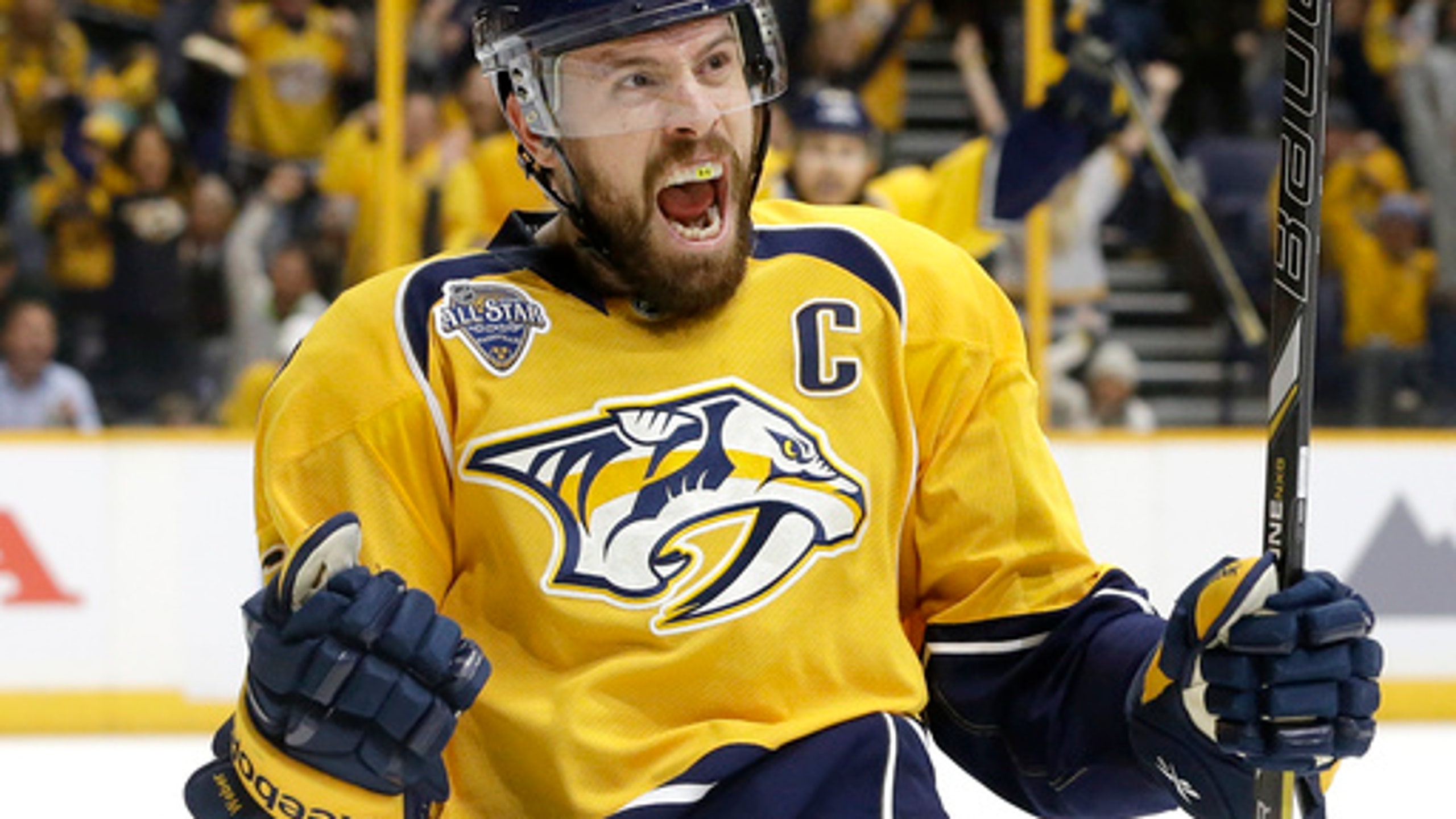 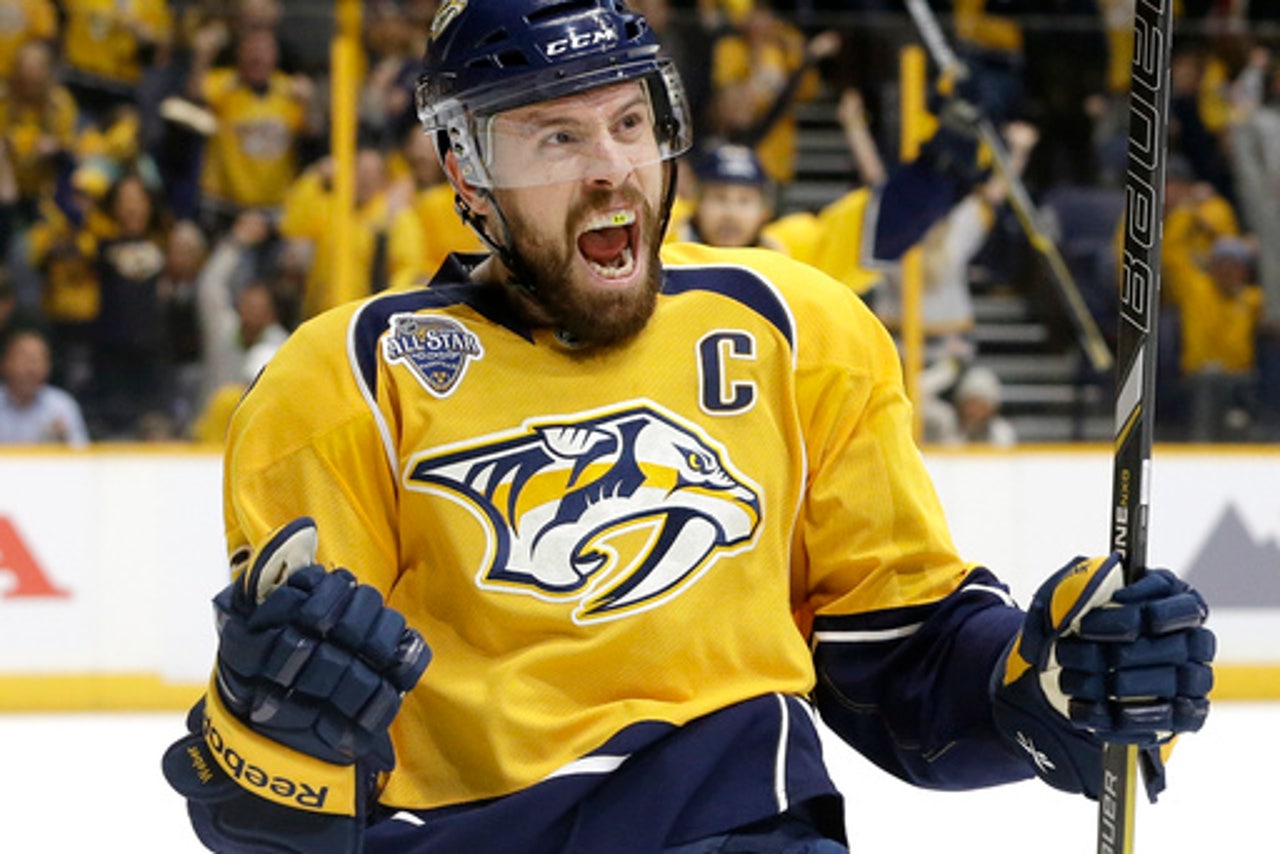 NASHVILLE, Tenn. (AP) Shea Weber scored the go-ahead goal and had an assist and the Nashville Predators beat the San Jose Sharks 4-1 Tuesday night to pull within 2-1 in their Western Conference second-round series.

James Neal and Filip Forsberg each scored on the power-play, Colin Wilson had a goal, and Pekka Rinne made 26 saves for Nashville.

Patrick Marleau scored for the Sharks, who lost for the first time away from San Jose this postseason and first since a loss at Arizona on March 17.

The Predators not only lost the first two in San Jose, but were facing the NHL's best regular-season road team. The Sharks also went 4-2 in Nashville in winning first-round series in both 2006 and 2007.

Nashville has not lost a game in regulation on home ice to San Jose since Feb. 25, 2012, with the lone defeat in seven games a shootout loss April 2. This time, the Predators shut down the Sharks' power play, killing four penalties after San Jose went 3 of 5 in the first two games.

Predators coach Peter Laviolette switched up his lineup with Mike Ribeiro a healthy scratch in place of Pontus Aberg making his NHL debut. Ribeiro had only one assist in nine postseason games and a minus-3 rating. Laviolette also put Craig Smith, Forsberg and Ryan Johansen together on the top line and moved Neal with Mike Fisher and Wilson.

For a little extra mojo, the Predators brought Titans quarterback Marcus Mariota onto the ice before the puck dropped to rally the fans.

The Sharks scored first. Marleau got the puck and skated past the Nashville defense for an easy wrister into an open net, catching Rinne too far from the crease at 13:13. But San Jose failed to convert on two man-advantages in the period.

In the second, Sharks right wing Joonas Donskoi got a double-minor for high-sticking Neal at 2:19. Neal finally scored on the power play at 5:11 with a one-timer from the edge of the right circle off a pass from Mattias Ekholm. With Matt Nieto in the box for hooking Johansen, Smith joined him a minute later setting up 60 seconds of 4-on-4 play.

Weber gave the Predators their first lead since the opening goal of Game 1 with a blast from the slot that beat Martin Jones high to his glove side with 13 seconds left in 4-on-4. Then, Nashville killed off the ensuing power play.

Nashville forward Colton Sissons had to be helped off the ice at 6:09 of the third after his left knee crashed into the post while he was chasing down a loose puck. No penalty was called, and went to the locker room after coming off. He was back on the bench late in the game.

Wilson then padded the Predators' lead at 6:55, scoring off the rebound of Ryan Ellis' shot. Forsberg added his power-play goal and just second goal of the postseason at 15:49.

NOTES: Weber's goal tied him with David Legwand for most in Nashville postseason history with 13. Weber reached that mark in his 55th game, while Legwand did it in 47. ... The Sharks now are 5-4 in Game 3s when leading a series 2-0 and snapped a streak of three straight wins in such situations.