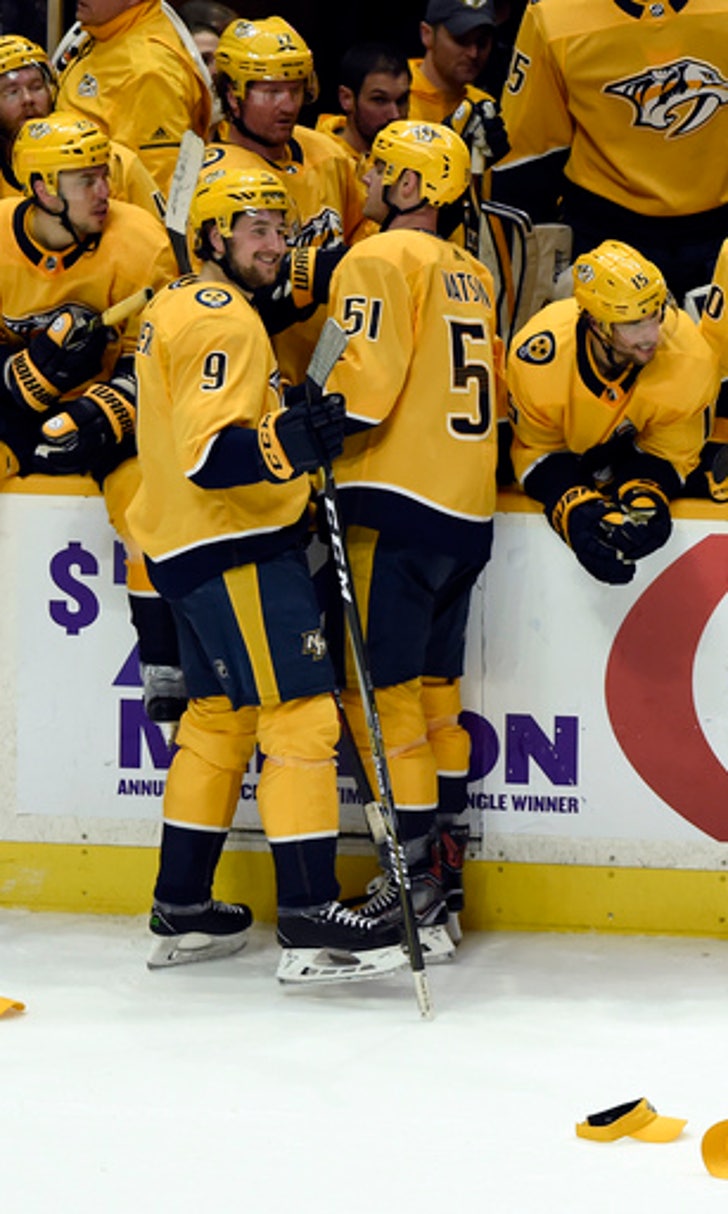 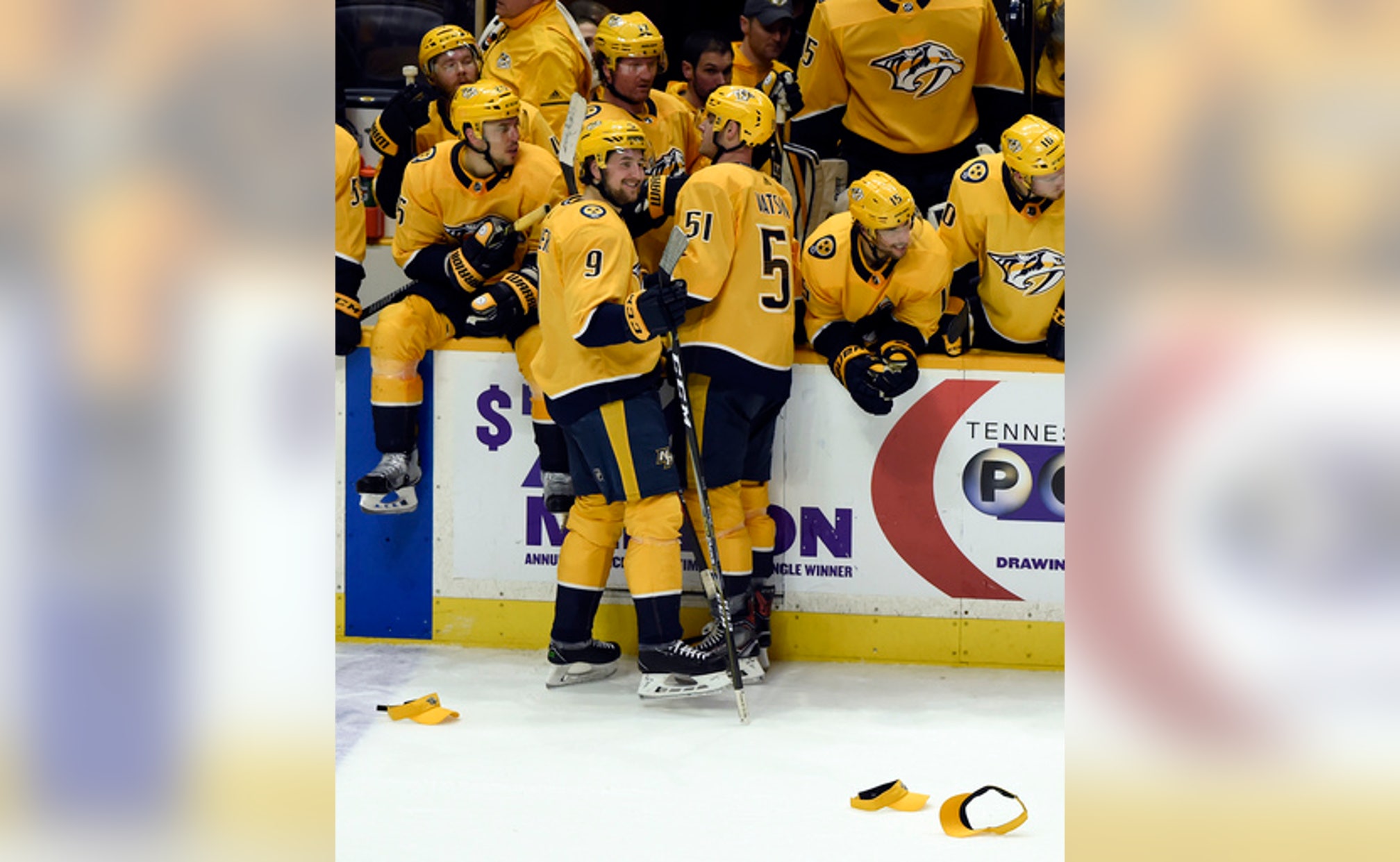 NASHVILLE, Tenn. (AP) The Nashville Predators embraced every bit of their chase for the franchise's first Presidents' Trophy right down to captain Roman Josi grabbing hold with his left hand during their pregame ceremony.

Now it's time to chase the hardware the Predators really want: The Stanley Cup.

''It's definitely a good regular season for us, definitely something we can be proud of,'' Josi said. ''But now the real work and the real fun starts.''

Filip Forsberg scored three goals for Nashville's first hat trick of the season, and the Predators finished off the best regular season in franchise history by beating the Columbus Blue Jackets 4-2 Saturday night.

The Predators accepted the Presidents' Trophy before the game from NHL deputy commissioner Bill Daly and took a moment to remember the moment with a team photo on the ice. Fans then chanted ''We want the Cup'' for the defending Western Conference champs who lost the Stanley Cup in six games to Pittsburgh last June.

The Predators will begin their run for the Cup against the Colorado Avalanche.

Nashville coach Peter Laviolette said he'd never coached a team that won the Presidents' Trophy before. This night was to remember all the personal milestones, including David Poile notching the most NHL games by a general manager.

''It was nice to take a minute just to acknowledge that,'' Laviolette said. ''Our guys are proud of it. They worked really hard this year. They stayed focused for the entire year. It's all been part of a vision of something bigger than what happened tonight.''

Nashville followed up the trophy presentation by winning its franchise-record 53rd game this season to finish with 117 points.

Goalie Pekka Rinne made 22 saves through two periods before being replaced by Juuse Saros. Rinne finished 42-13-4 this season.

Austin Watson also scored for Nashville, which goes into the postseason having won two straight.

Losing helped Columbus avoid opening the playoffs against Pittsburgh for a second straight year and instead put the Blue Jackets into a first-round series with Washington.

''I've got some decisions to make,'' Tortorella said of playing Washington. ''I have a pretty good idea of what I think the starting lineup will be in our first playoff game, but I've got decision to make in case we've got injuries.''

The Predators scored three goals in the first period with Watson starting the scoring at 7:52 of the first and Forsberg adding a pair on the power play.

Forsberg scored on a snap shot at 11:04. Then he got his 26th goal of the season just before the buzzer for a 3-0 lead with a shot from the right circle that went off the post and then Korpisalo into the net. Officials reviewed the play, which crossed at 0.4 seconds before the end of the period.

With Korpisalo pulled, Forsberg got the hat trick with an empty-net goal with 39.4 seconds left as fans celebrated by tossing the giveaway visors onto the ice.

Anderson got his 19th goal at 7:55 of the second, and Dubinsky pulled Columbus within 3-2 with a short-handed goal at 7:20 of the third.

''We played a pretty good game,'' Dubinsky said. ''Obviously, we gave a couple power-play goals to them there in the first, got down 3-0 to a really good team.''

NOTES: Defenseman P.K. Subban played his 82nd game, the only player on the Nashville roster to play every game this season. ... The Predators improved to 41-4-6 when scoring first and 23-4-4 when leading after one period. ... The Predators sold out their 102nd straight game with a franchise record 17,594.

Blue Jackets: Face Washington in the first round of the playoffs.