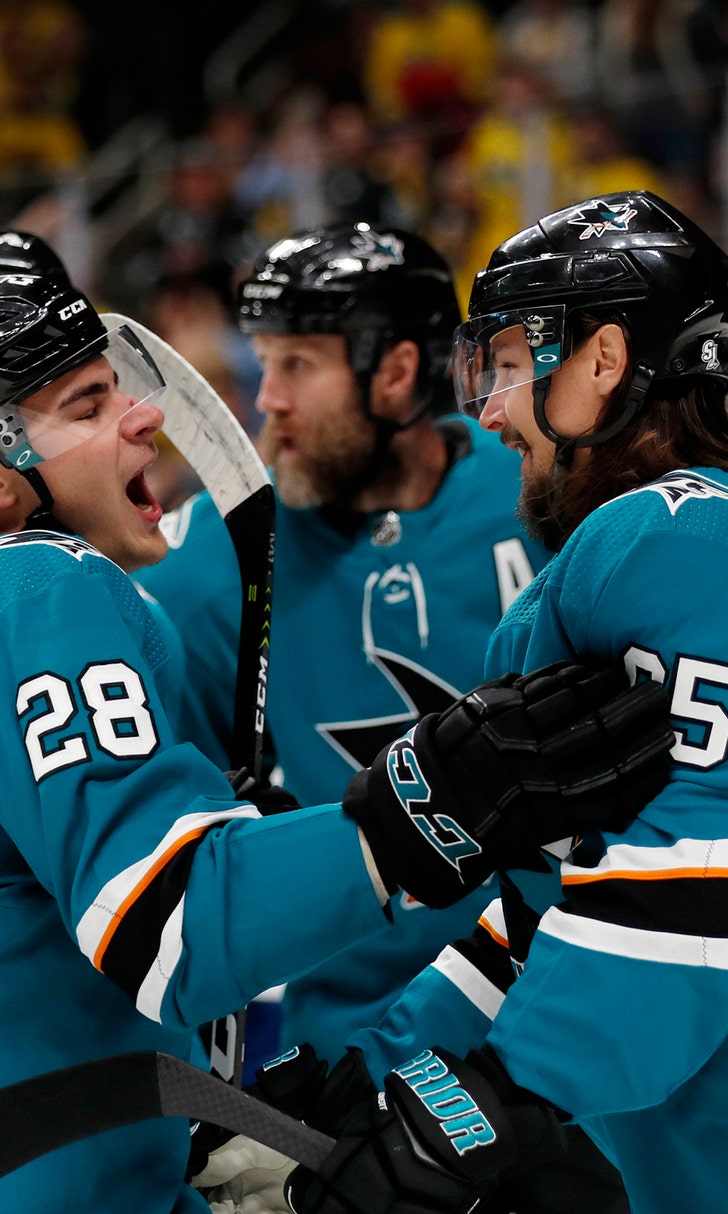 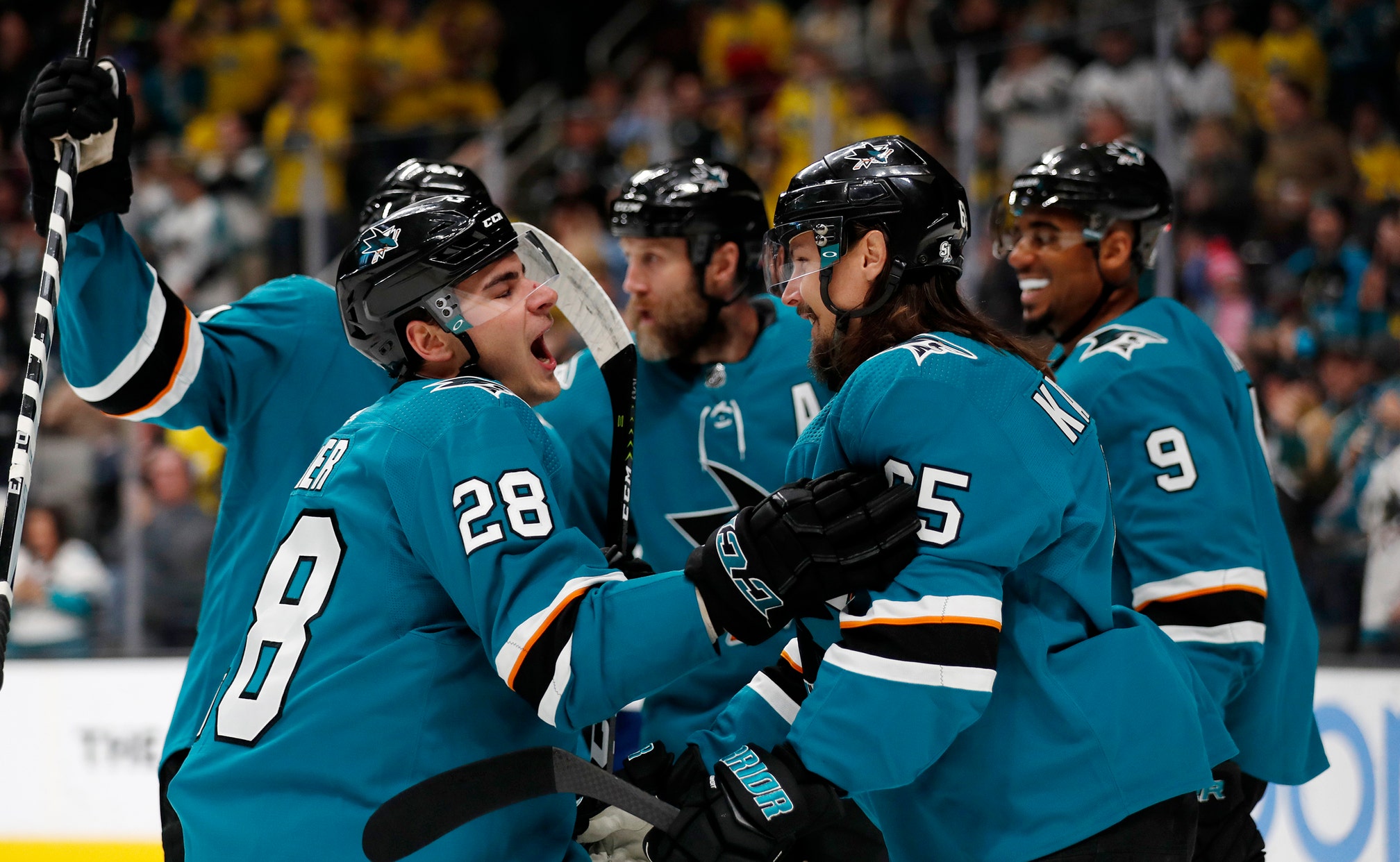 SAN JOSE, Calif. (AP) — Joe Pavelski was in the right place at the right time at a big moment for the San Jose Sharks.

Pavelski, Logan Couture and Timo Meier each had a goal and an assist as the Sharks won for the seventh time in eight games. Martin Jones stopped 31 shots.

"We found a way," Couture said.

Pavelski got his team-leading 31st goal when he rebounded a Meier shot that hit Vancouver goalie Jacob Markstrom's mask and bounced right to the three-time All-Star.

"The rebound comes out to me and the goalie's out of the net," Pavelski said. "It's a fun moment to score those big goals. You could tell there's a lot of energy in the building. It's an important game for us to get back in the win column after the other night."

Markstrom said the puck went to Pavelski before he could find it.

San Jose extended its point streak against Vancouver to 13 games (12-0-1) with its eighth straight home win against the Canucks. Vancouver hasn't won at San Jose since March 31, 2016.

"We would have liked to play better tonight, but you're not going to play perfect for 82," Couture said.

The Canucks trailed 2-1 before Boeser scored 4:31 into the third. It was Boeser's 21st goal of the season and his 100th career point.

The Sharks had gone in front on Couture's 21st goal 11:08 into the second.

The Canucks are 2-5-1 over their last eight games after going 4-1-1 over their previous six. Vancouver remains one point behind idle Minnesota for the second wild card in the Western Conference.

The Sharks jumped in front on Meier's 21st goal at 3:45 of the first period on a power play. The Canucks tied it less than a minute later on Roussel's seventh goal.

Sharks All-Star defenseman Erik Karlsson had an assist on Meier's goal in his first game back after missing nine games with a groin injury. Karlsson has at least one assist in 17 of his last 19 appearances.

NOTES: Vancouver acquired F Ryan Spooner in a trade with Edmonton for F Sam Gagner. ... C Elias Petterson had an assist on Boeser's goal. He has 12 points (four goals, eight assists) in his last 11 games. ... C Dylan Gambrell was back in the lineup after being scratched last two games. ... Canucks F Jake Virtanen (upper body) was placed on injured reserve. ... Canucks F Loui Eriksson played in his 900th game.