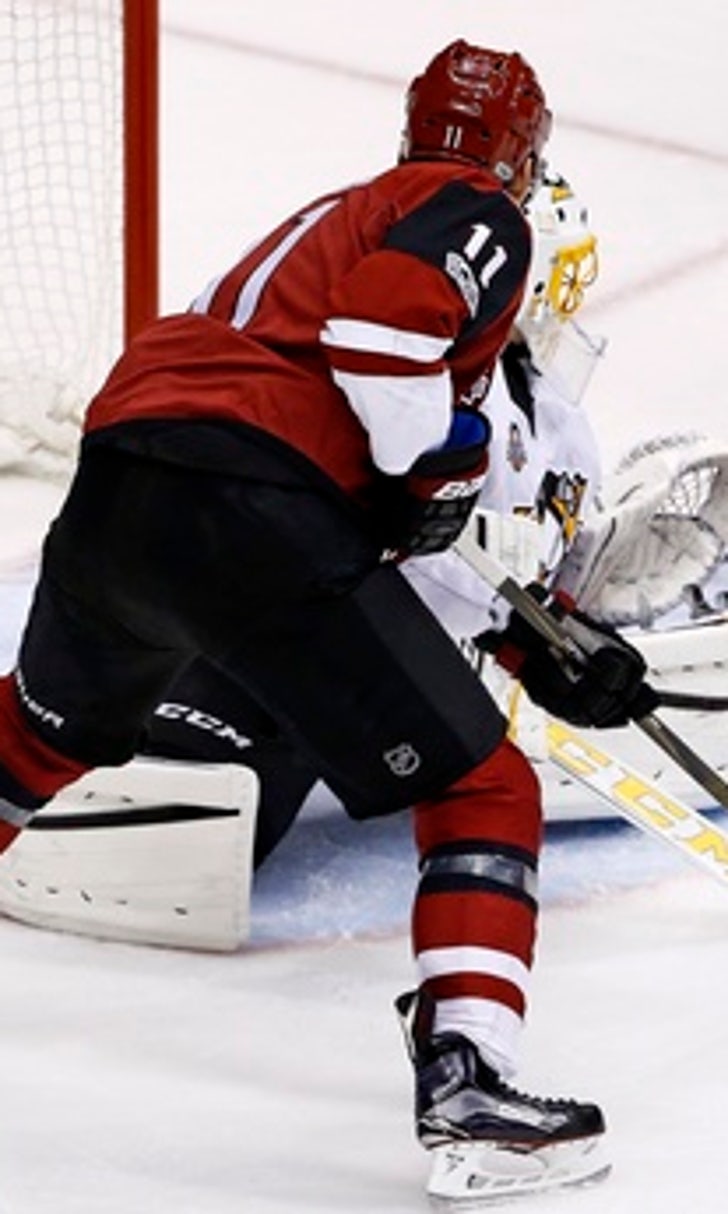 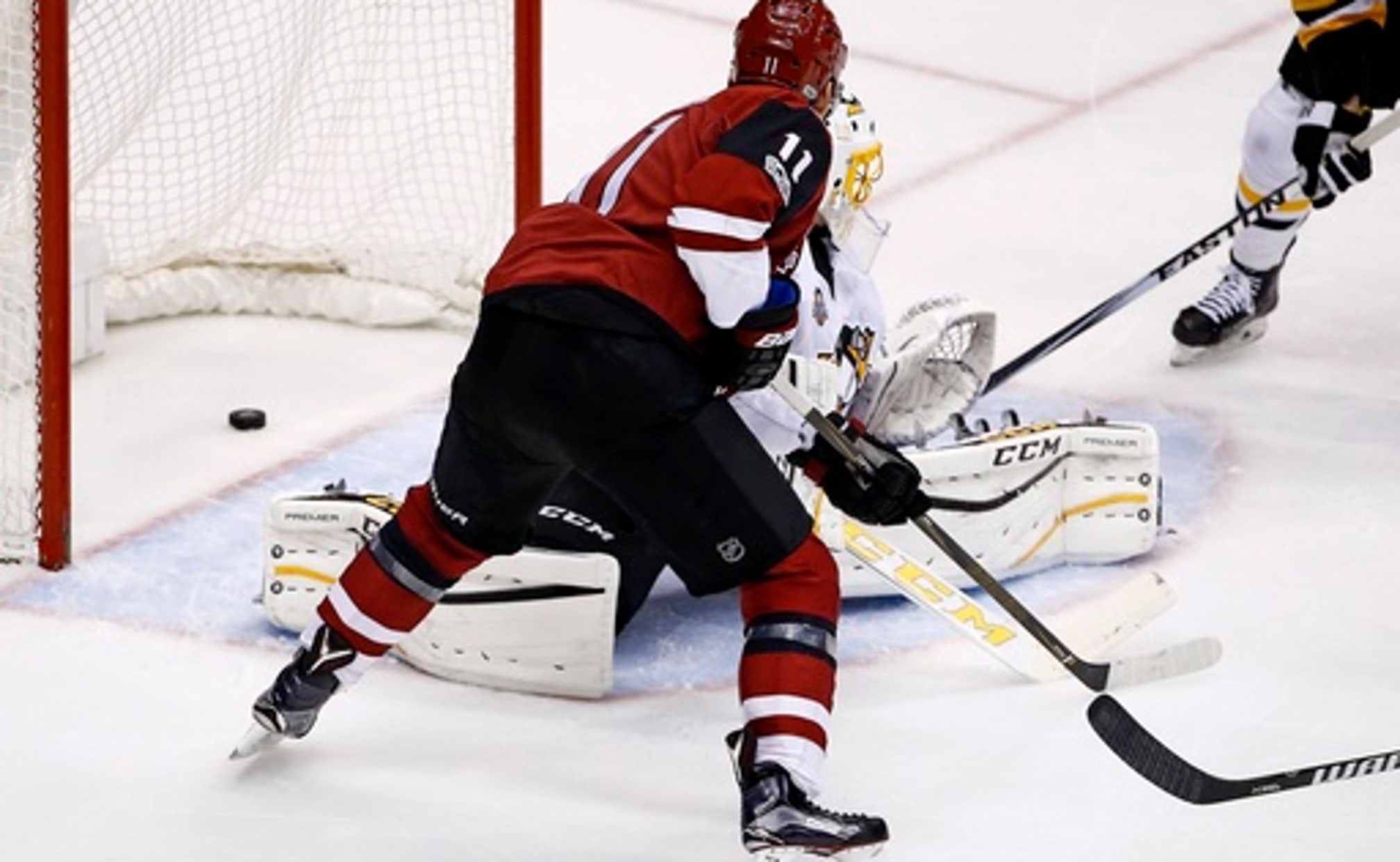 GLENDALE, Ariz. (AP) Connor Murphy was the first to acknowledge that he isn't a big goal scorer.

The one he put in the net to end Saturday night's game was certainly great timing.

Murphy's first goal of the season came with 21.8 seconds left in overtime, giving the Arizona Coyotes a 4-3 win over the Pittsburgh Penguins on Saturday night.

Murphy's winner, his first career overtime goal, came after the Penguins overcame a 3-1 deficit inside of 5 1/2 minutes left to play in regulation. Josh Archibald's short-handed goal at 14:38 made it 3-2, and Phil Kessel put in a deflected shot from Kris Letang with 14.2 seconds to play to force overtime.

''It's something that's really memorable, to do it against a good team like that,'' Murphy said.

''That's why coaches get gray hair, right there,'' Coyotes coach Dave Tippett said. ''Murph came down, it's a good time to get his first one of the year.''

The Coyotes had to survive a two-goal night from Archibald, who was called up from the AHL on Friday. Archibald's late goal came on an error in stick-handling near the net by Coyotes goalie Mike Smith, who later complained about the ice near the goal on that end. The Penguins had an extra attacker on the ice for the tying goal.

''No one likes to make a mistake like that,'' Smith said of the Archibald goal. ''It was a time of the game when that can't happen.''

Archibald, playing in his second career game and first this season, scored his first NHL goal at 5:41 of the second period when he put in a rebound after two deflected shots from Eric Fehr and Tom Kuhnhackl.

''We were told before the game to pressure him,'' Archibald said of Smith. ''You know, sometimes he'll cough the puck up.''

Rieder's goal tied it at 1 just 59 seconds later when his high wrist shot zoomed past the glove side of Fleury. Hanzal, back after missing the Coyotes' last game due to illness, put in a rebound of Radim Vrbata's shot on a power play to give Arizona a 2-1 lead at the 9-minute mark of the season.

Hanzal's second goal came at 3:36 of the third period, when he tipped a pass to himself and lunged to backhand the puck past Fleury. Oliver Ekman-Larsson got his second assist of the night on the play.

Hanzal, with his 11th and 12th goals of the season, surpassed Teemu Selanne and Randy Carlyle for 15th place on the franchise's career points list, with 308. Hanzal and Rieder lead the Coyotes in goals this season with 12 each, and Rieder has scored in four of six games against the Penguins.

Sidney Crosby, stuck at 998 career points, had a chance for a goal at 8:07 of the first period, but the pass to his stick bounced and he fanned on the shot with no one defending him.

About four minutes later, the Coyotes just missed a chance to score when Pittsburgh's Trevor Daley reached out to clear a chance by Brendan Perlini in the crease.

The Coyotes got 28 saves from Smith and have five points from their last three games.

The Penguins have points from six straight games, two of those being overtime losses. Fleury had 21 saves.

NOTES: The Coyotes have a second-period goal in nine straight games, 18 total. ... The Penguins went 0 for 4 on the power play and are 1 of 14 in their last four games. ... Penguins F Bryan Rust did not play after being injured in a second-period collision in Thursday's game at Colorado. Other scratches were D Chad Ruhwedel and F Evgeni Malkin, who missed his seventh straight game with a lower body injury. ... Fans received a bobblehead doll of Arizona Cardinals star Larry Fitzgerald, the wide receiver wearing a Coyotes jersey. Fitzgerald and his two children took part in the ceremonial puck drop before the game started. ... D Jakob Chychrun was among Arizona's scratches, getting a night off after playing 14 straight games. ... F Shane Doan passed Ray Bourque for fourth place on the NHL's career list of players who played with one franchise at 1,518 games.

Coyotes: At Calgary on Monday, the start of a three-game road trip.