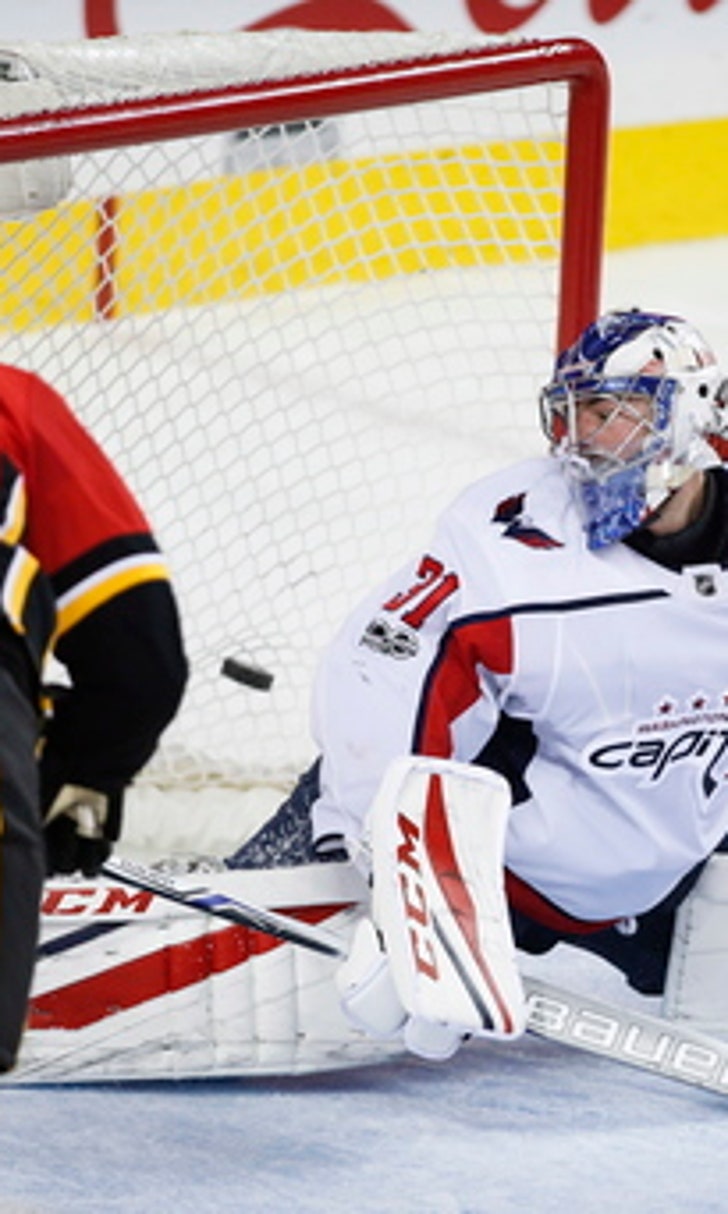 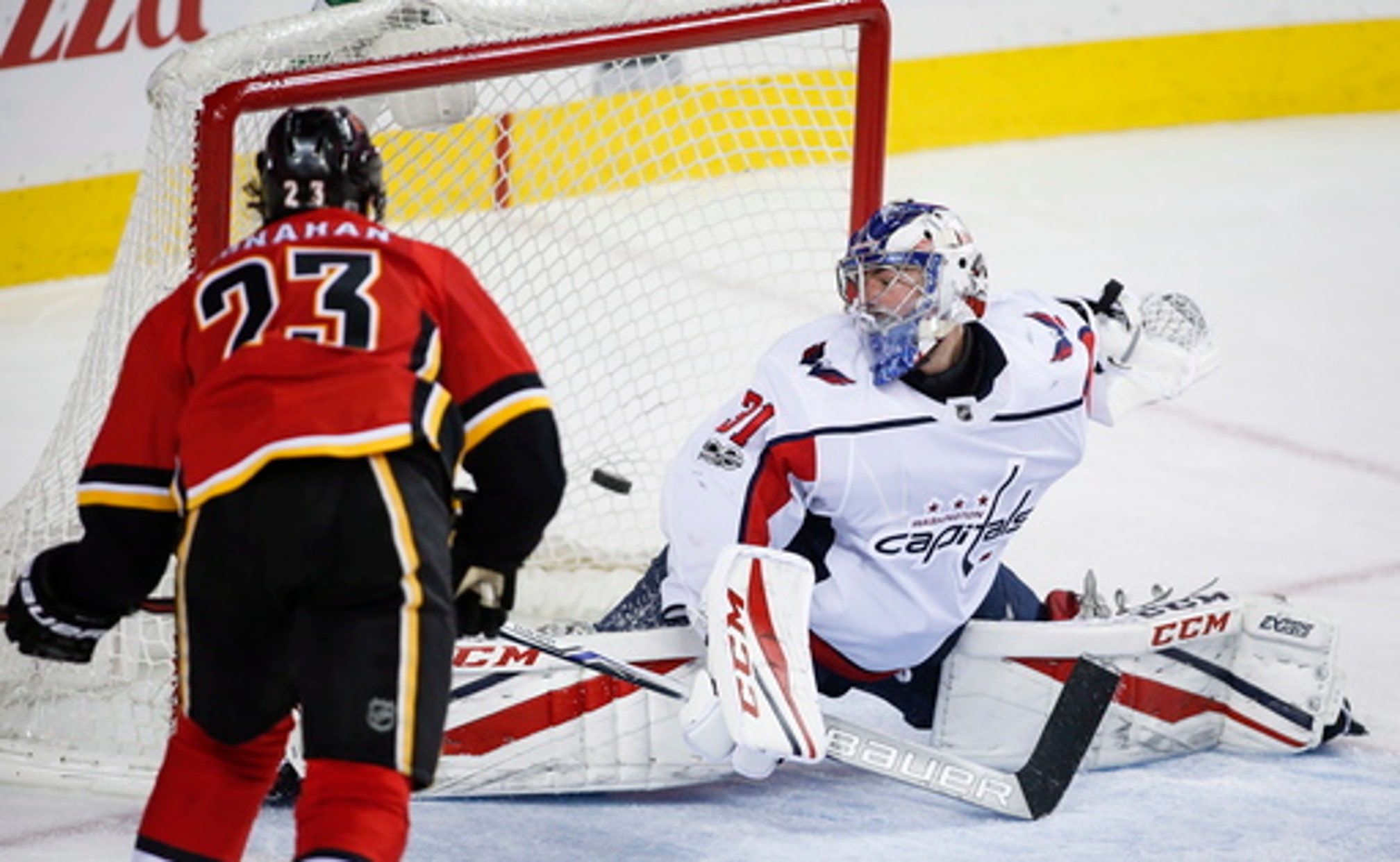 CALGARY, Alberta (AP) Sean Monahan knows exactly where to go when Johnny Gaudreau has the puck.

Monahan converted Gaudreau's pass for the go-ahead goal 9:09 into the third period Sunday night and the Calgary Flames broke a four-game home losing streak with a 2-1 win over the Washington Capitals.

After not finding anyone open as he carried the puck toward the net, Gaudreau curled back at the faceoff dot and tried again, this time spotting Monahan alone at the far post. All the Flames' leading goal scorer had to do was slide in his sixth of the season.

''That's Johnny. We see it day-in, day-out. He's got great hands and he's got quick feet. He reads the game better than anyone I know,'' Monahan said. ''If you get open in a quiet area you're usually going to find the puck.''

It was the 11th assist for Gaudreau, who leads the team with 14 points.

Micheal Ferland, the third member of Calgary's top line, scored the other goal for the Flames.

''I felt like we had the puck a lot tonight,'' Ferland said. ''As the game went on, I felt more comfortable out there. The game felt like it was getting slower.''

''Outstanding,'' Flames coach Glen Gulutzan said, describing his power forward. ''He was physical when he could be physical. Sometimes it's hard to be physical when you have the puck all night and you're making plays and you're in on the forecheck and playing with the puck. He did a little bit of everything for us.''

Jakub Vrana scored for the Capitals, who finished 1-2-0 on a road trip through Western Canada.

The win came Saturday in Edmonton, but playing on back-to-back nights was not something Vrana would use as an excuse.

''We can't complain about that. Every team has to play back-to-backs,'' he said. ''It's just that we made some mistakes out there.''

Still trying to find their Presidents' Trophy form from a season ago, the Capitals are back in action Thursday when they host the New York Islanders.

''That's a huge loss for us. At least we have to take one point today, but we didn't,'' Evgeny Kuznetsov said.

Calgary took a 1-0 lead into the third before Washington tied it at 4:19 after TJ Brodie's outlet pass hit a linesman. Moments later, Vrana fired a shot that slipped under the glove of Mike Smith.

But that was the only puck to elude Smith, who made his NHL-leading 11th start. Acquired in an offseason trade with Arizona, Smith has been the Flames' best player all season and was excellent again against the Capitals.

Smith stopped 30 shots and improved his season save percentage to .931.

Calgary opened the scoring 2:08 into the second. Flames defenseman Brett Kulak, who had just stepped onto the ice, kept the puck in at the blue line and fired a quick shot toward the net that Ferland neatly deflected past Philipp Grubauer.

With top goalie Braden Holtby getting the night off after beating Edmonton 5-2 on Saturday, Grubauer made his fourth start and finished with 36 saves.

Grubauer's best save kept the score 1-all in the third. He jabbed out his glove to rob Mark Giordano after he was set up by Gaudreau on a rare 4-on-1 rush.

NOTES: Jaromir Jagr (lower body) is eligible to come off injured reserve and he's back skating with the Flames, but he missed his fourth straight game. ... Sam Bennett has yet to pick up a point in Calgary's 12 games. ... The Flames made two changes, putting Kulak and RW Curtis Lazar in the lineup. It was just the third game for Kulak. ... Washington made one personnel change from Saturday, inserting Aaron Ness on defense in place of Taylor Chorney.