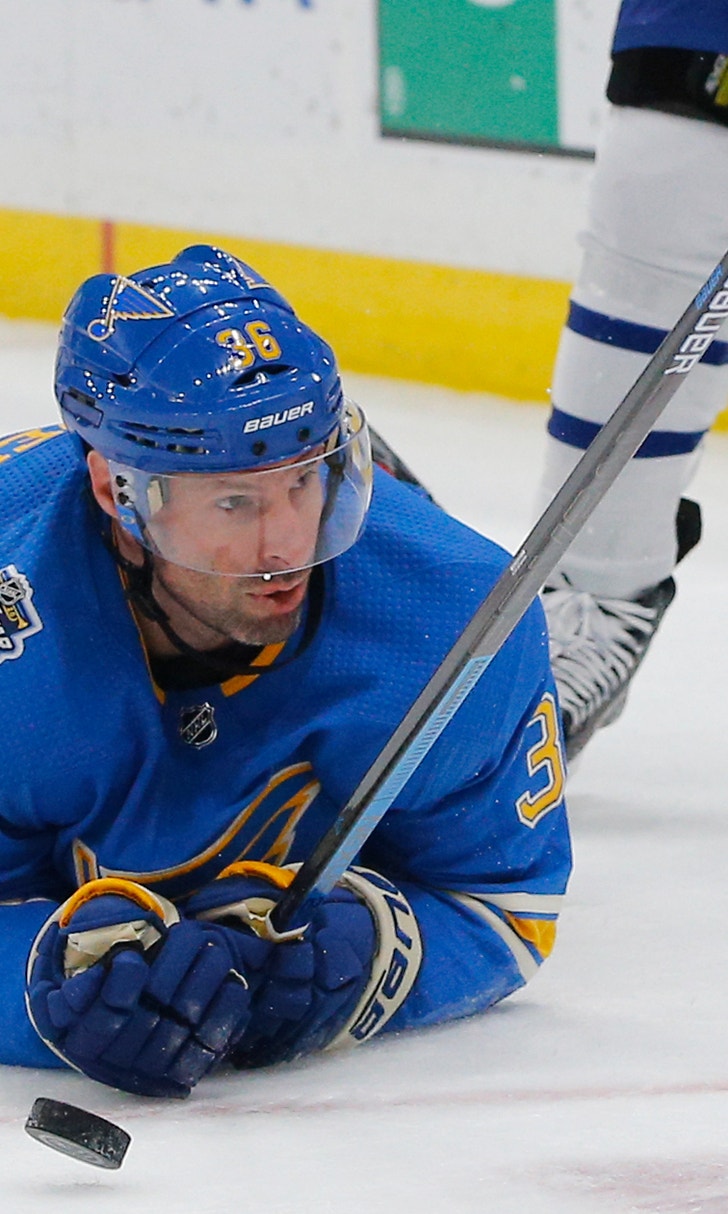 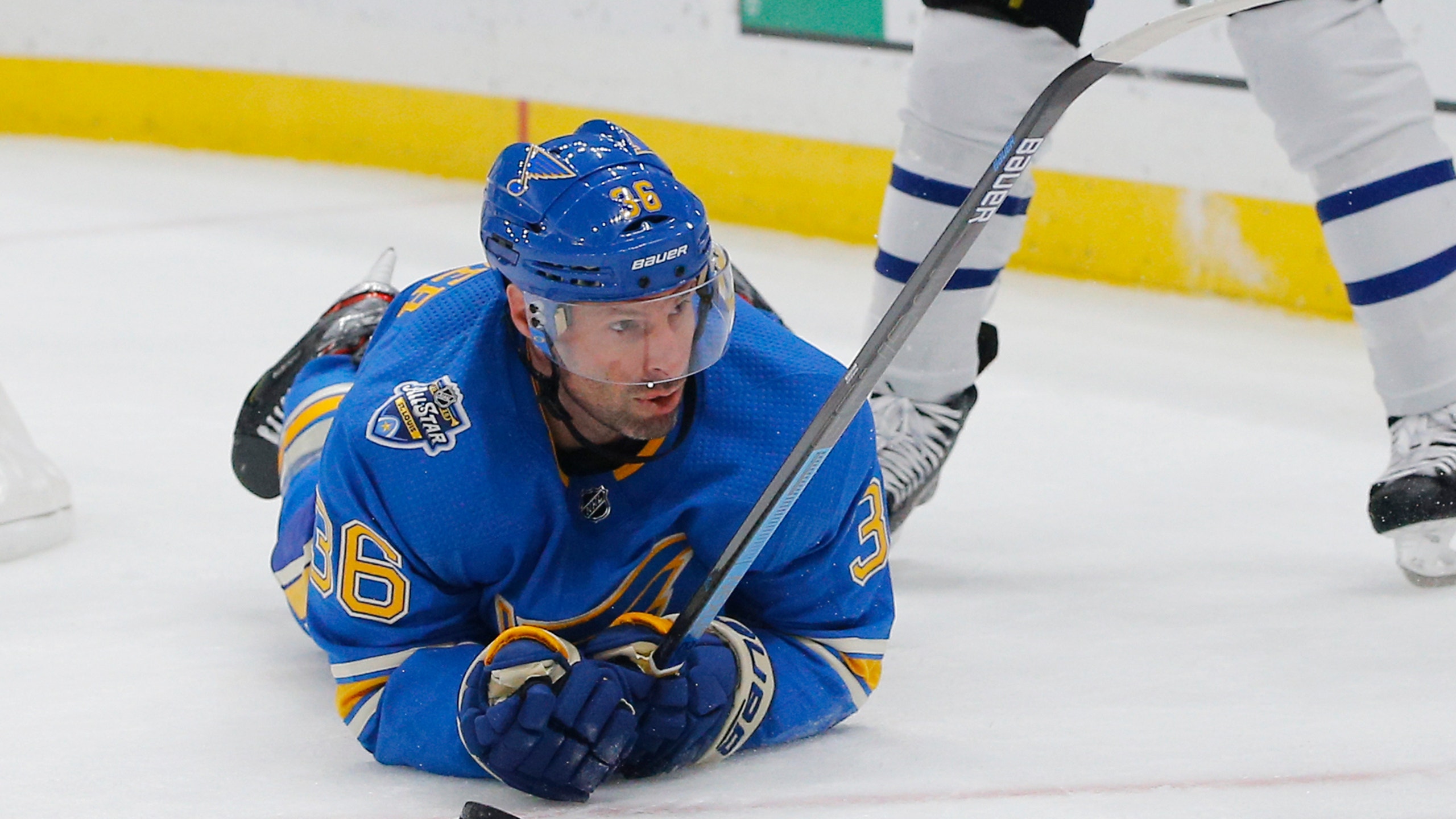 ST. LOUIS (AP) — Auston Matthews let out a sigh and broke into a smile.

The Toronto center snapped a slump with a pair of goals and Zach Hyman also scored twice as the Maple Leafs downed the St. Louis Blues 5-2 on Saturday night.

"It's a huge relief," Matthews said. "It kind of gets you going, gets your confidence back. I've just got to try and get my chances, shoot the puck as much as I can and, eventually, I think it's going to go in."

Frederik Andersen made 26 saves for Toronto, which had lost seven in a row against St. Louis.

David Perron and Ivan Barbashev scored for St. Louis, which has lost two in a row following a four-game winning streak.

Jason Spezza capped the Leafs' four-goal first period outburst with his fourth goal of the season.

Matthews had gone a season-high five games without a goal. He broke a 1-1 tie with a wrist shot from the left wing 6:51 into the opening period.

The No. 1 overall choice in the 2016 NHL draft, Matthews had scored just once in seven career games against the Blues. He pushed the lead to 5-1 with a power-play goal midway through the second period, his 18th goal of the season.

Matthews had expressed displeasure with his team's effort in a 6-1 loss at Philadelphia on Tuesday.

"We just kind of folded, kind of just quit."

Not on this night. The Leafs came out with intensity from the opening faceoff against the defending Stanley Cup champions. They scored four times in the first period, including a three-goal salvo in 6:06.

"We got off to a good start, (Andersen) made some big saves and we got to roll all four lines during the game," Matthews said.

Matthews' outbreak came as no surprise to coach Sheldon Keefe.

"It's got to feel good for him," Keefe said. "I had full confidence it was going to fall in for him."

Hyman scored his second goal of the game by converting on a short-handed breakaway for a 3-1 lead. He took a perfect pass from Pierre Engvall as they broke in alone on St. Louis goalie Jordan Binnington.

Andersen recorded his fifth win in his last seven starts to improve to 14-7-3.

"We played with confidence a little bit better," Andersen said. "We had some pretty good moments and got rewarded with some of our chances."

Binnington was removed after giving up four goals on 11 shots in the first 9:28. It was the first time he had been pulled since Game 6 of the Stanley Cup Final after surrendering five goals on 19 shots.

The Blues had recorded points in 24 of their first 30 games but were doomed by the slow start.

"I didn't think we came out that bad, but we made a couple of mistakes that went in our net," St. Louis coach Craig Berube said.

Blues captain Alex Pietrangelo was disappointed in the effort.

"We just weren't ready. It happens," he said.

NOTES: St. Louis LW Zach Sanford left in the first period with an upper-body injury and did not return. ...The Maple Leafs are 5-3 under Sheldon Keefe, who stepped in when Mike Babcock was fired on Nov. 20. ...Toronto's last win over St. Louis prior to Saturday was a 4-1 triumph on Jan. 2, 2016. ...Toronto LW Pontus Aberg played 12:03 in his Leafs debut.

Toronto: Faces Vancouver on Tuesday in the second game of a four-game road swing,

St. Louis: Takes on the Sabres in Buffalo on Tuesday.