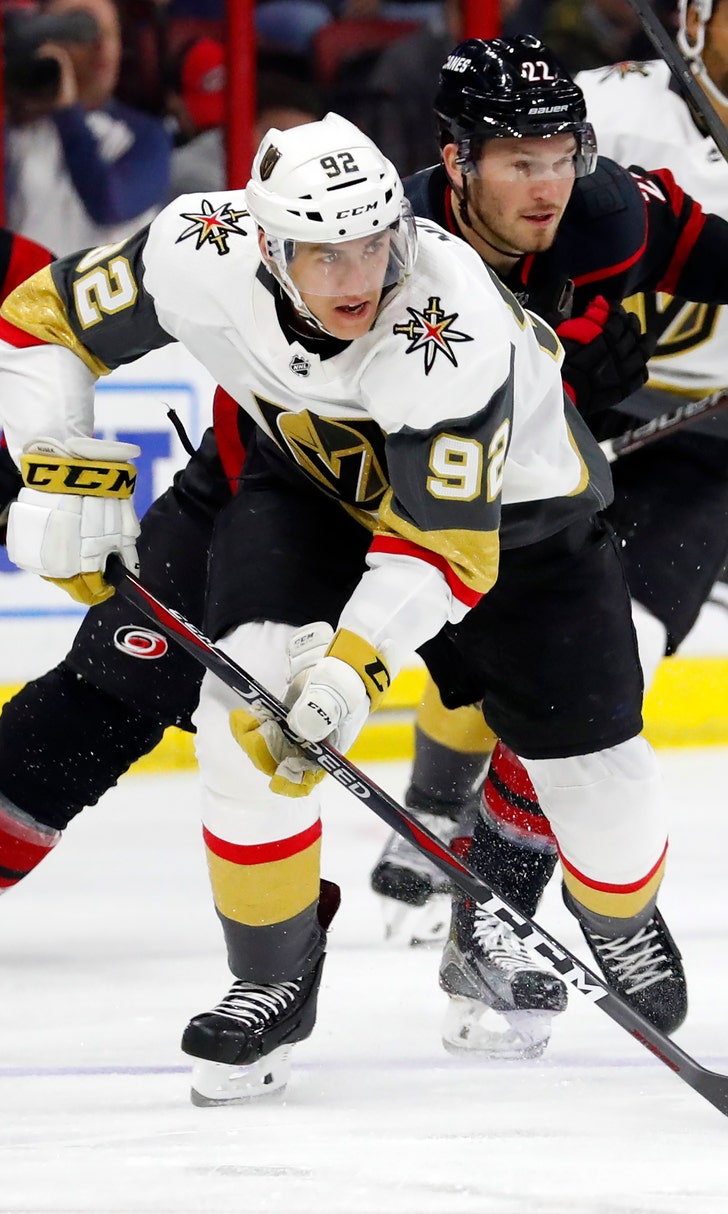 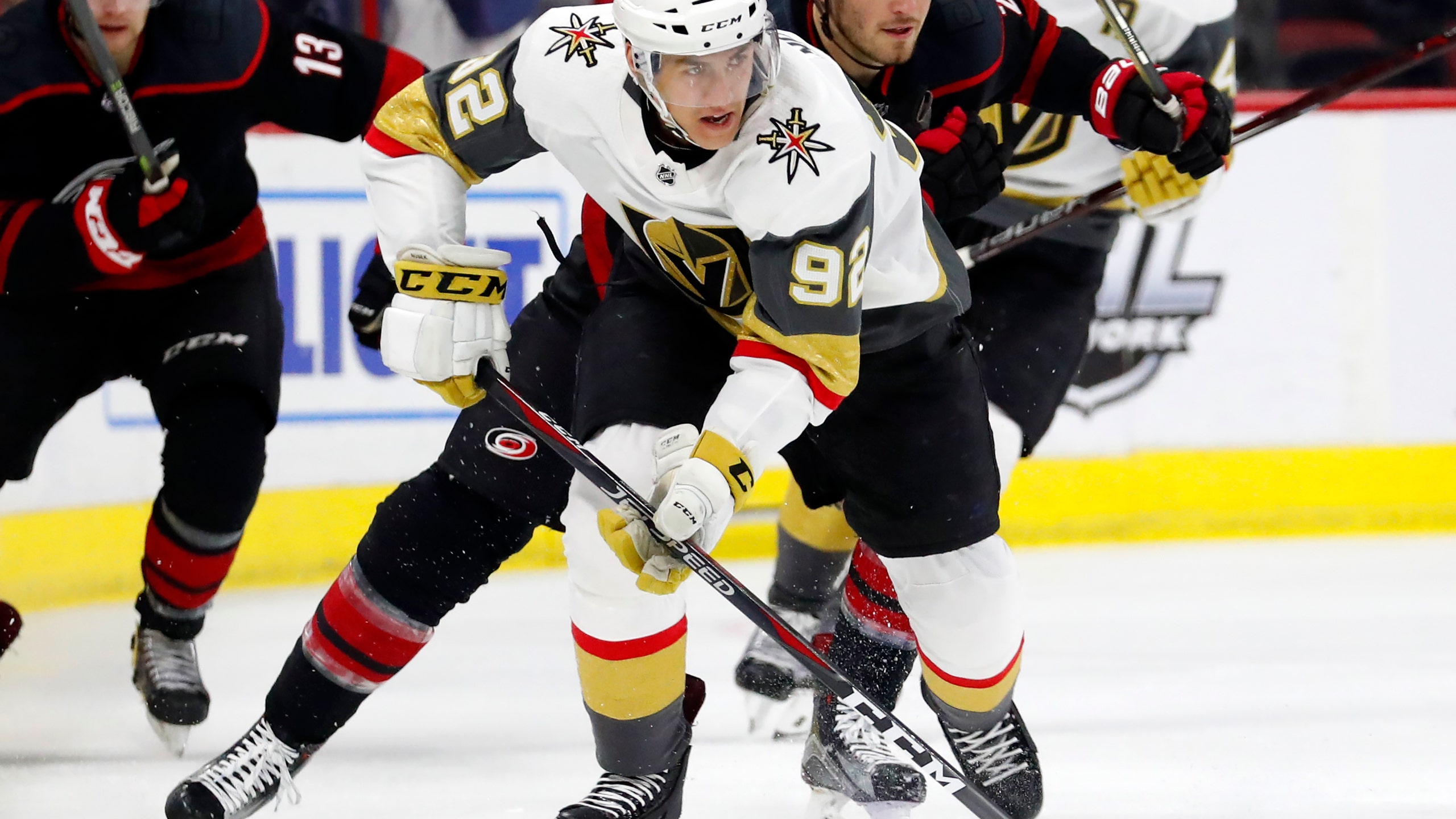 RALEIGH, N.C. (AP) — Jordan Martinook had quite a week. In the span of six days he became a father, signed a contract extension and scored a game-winning goal.

Martinook scored the go-ahead goal Friday night, and the Carolina Hurricanes beat the Vegas Golden Knights 5-2 in the teams' return from the All-Star break.

Martinook's wife gave birth to their first child on Jan. 26. Three days later, he signed a two-year, $4 million extension. He capped off the week with the tiebreaking goal late in the second period as the Hurricanes won for the third time in four games.

Shea Theodore scored twice for Vegas, which has lost five of seven. Maxime Lagace stopped 27 of 31 shots in his first game since being recalled from the American Hockey League.

"Both teams were the same, they had the same break that we had, it's just they were the better team," Golden Knights coach Gerard Gallant said. "We didn't play good enough to win, bottom line. We played good in spurts but not good enough to win."

Carolina came out fast and peppered Lagace early to set the tempo. Vegas struck first with a power-play goal by Theodore just over five minutes in, but the Hurricanes responded quickly.

Williams notched his first assist on a nifty play in which he redirected a rolling puck into the slot with the outside of his skate. Niederreiter snapped off a wrist shot to make it 1-1.

"That's a top-10 play (by Williams)," Hurricanes coach Rod Brind'Amour said. "You're not going to see too many guys think to do that."

Carolina took the lead 47 seconds into the second period when Lagace ventured too far out of his crease to try and poke away a loose puck. Pesce corralled Lagace's feeble push and lifted it into a wide-open net for the lead.

Theodore tied it with a shot through traffic late in the period, but Carolina again responded quickly.

Just 36 seconds after Theodore's tying goal, Martinook buried Brock McGinn's pass with a one-timer to finish off a pretty odd-man rush, putting Carolina back in front.

"It's probably a little cliché but that one felt pretty good," Martinook said. "As soon as I scored it I just had one thought in my mind, and it was my kid. It was pretty cool."

Aho opened up a two-goal lead in the third with a tremendous individual effort, carrying the puck from center ice all the way to the net and flipping a backhander from a sharp angle over Lagace's shoulder. The Hurricanes never let up, staying on the attack the entire way and limiting Vegas to five shots in the final period.

"The third period, I thought that was great," Brind'Amour said. "We're up a goal but we looked like the team that needed to get a couple, and that's the way we have to play."

NOTES: McGinn went for X-rays after taking a slap shot by Theodore off his ankle in the final minute. Brind'Amour did not have an immediate update on McGinn's status. ... Niederreiter has five goals in five games with the Hurricanes since being acquired from Minnesota on Jan. 17. ... Faulk's assist in the first period moved him past Dave Babych for most career points by a defenseman in franchise history (241). .. Aho extended his point streak to four games, and Jaccob Slavin extended his assist streak to four straight. ... Hurricanes G Curtis McElhinney missed his fifth straight game with a knee injury. He remains day-to-day. .... Vegas has been held to two goals or less in four of its last five.

Golden Knights: At Florida on Saturday.