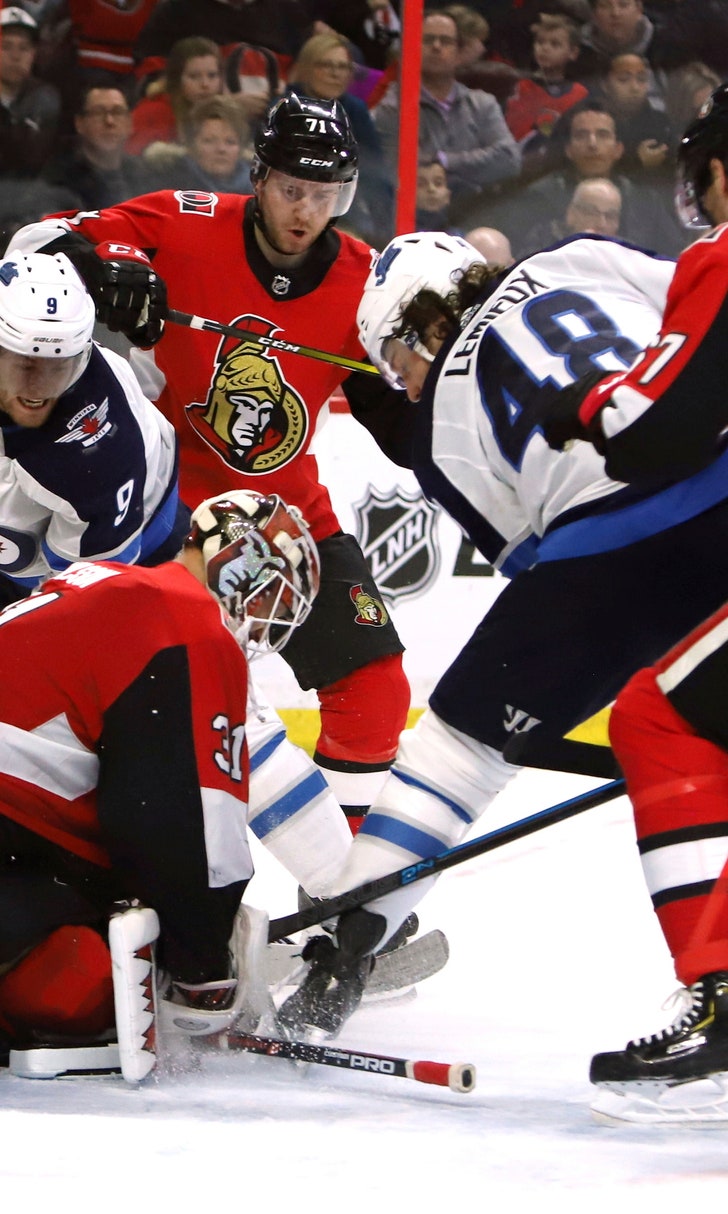 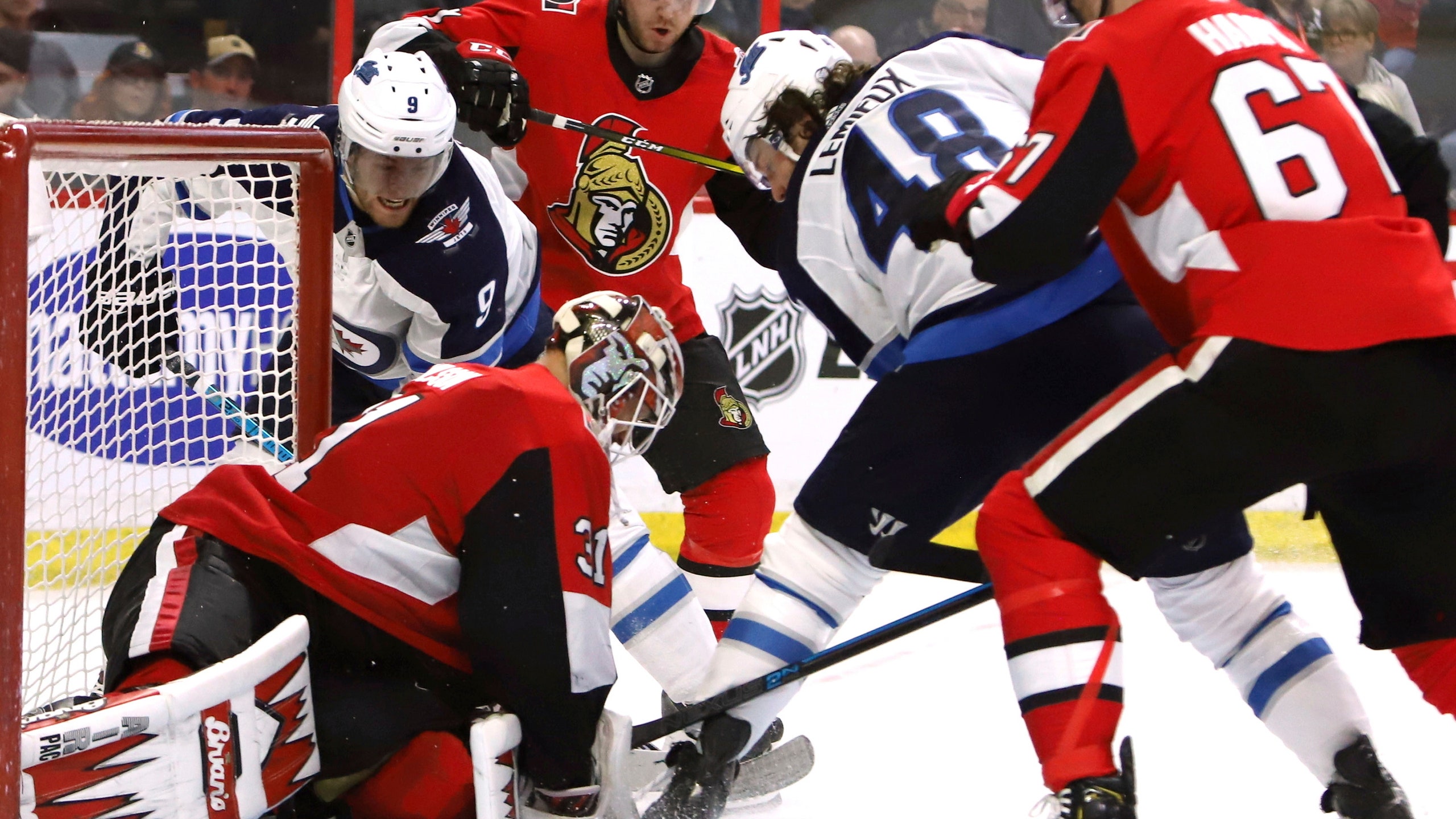 "That's a good team," Stone said. "They obviously pressed pretty hard in the third period and (Nilsson) had to make some big saves, but you expect that from a team like that. Overall, I thought we did a really good job of containing them."

"Obviously, I was fighting the puck a little bit," Brossoit said. "I didn't feel at my best. I thought the team played pretty well, a lot of end zone time and Nilsson played really well."

The Jets have lost three straight for the first time this season.

"Winnipeg's a really good team and a heavy team to play against," Nilsson said. "They pushed us back in the third a little bit, but I like the way we managed it and how we played in our zone. It felt like we didn't panic and we protected the middle really good and the shots they had were mostly from the outside and that makes it a lot easier for me."

Jets: At Buffalo on Sunday.