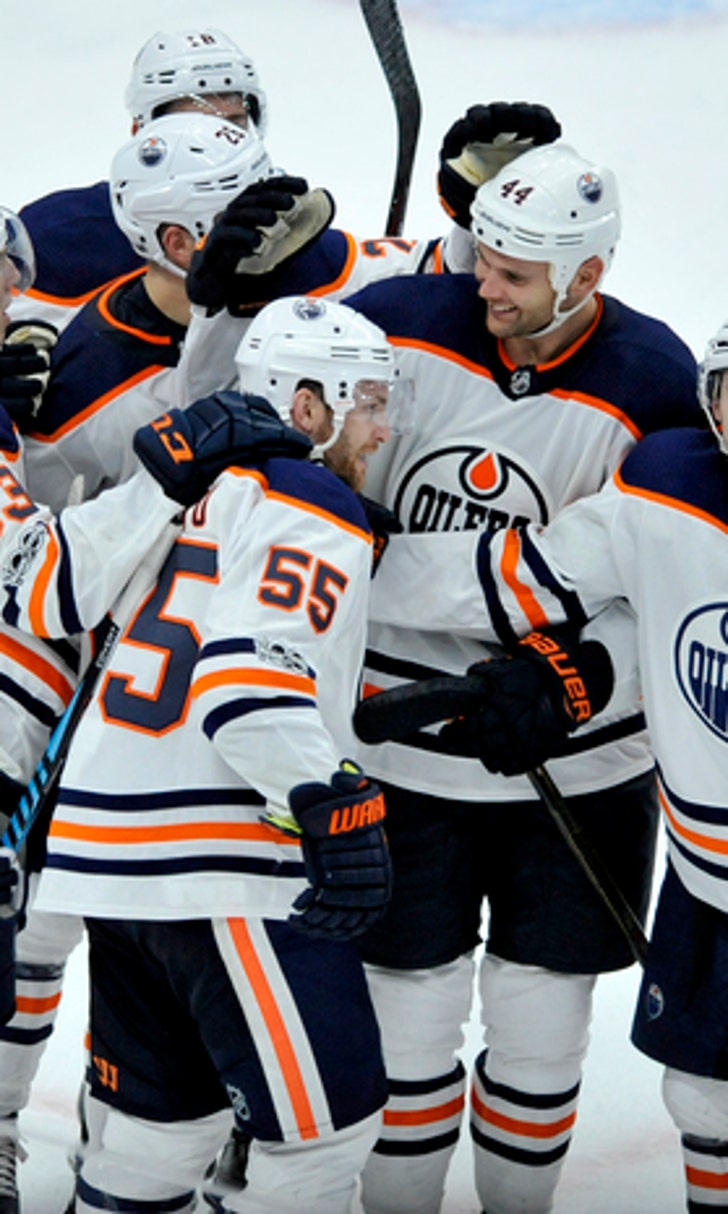 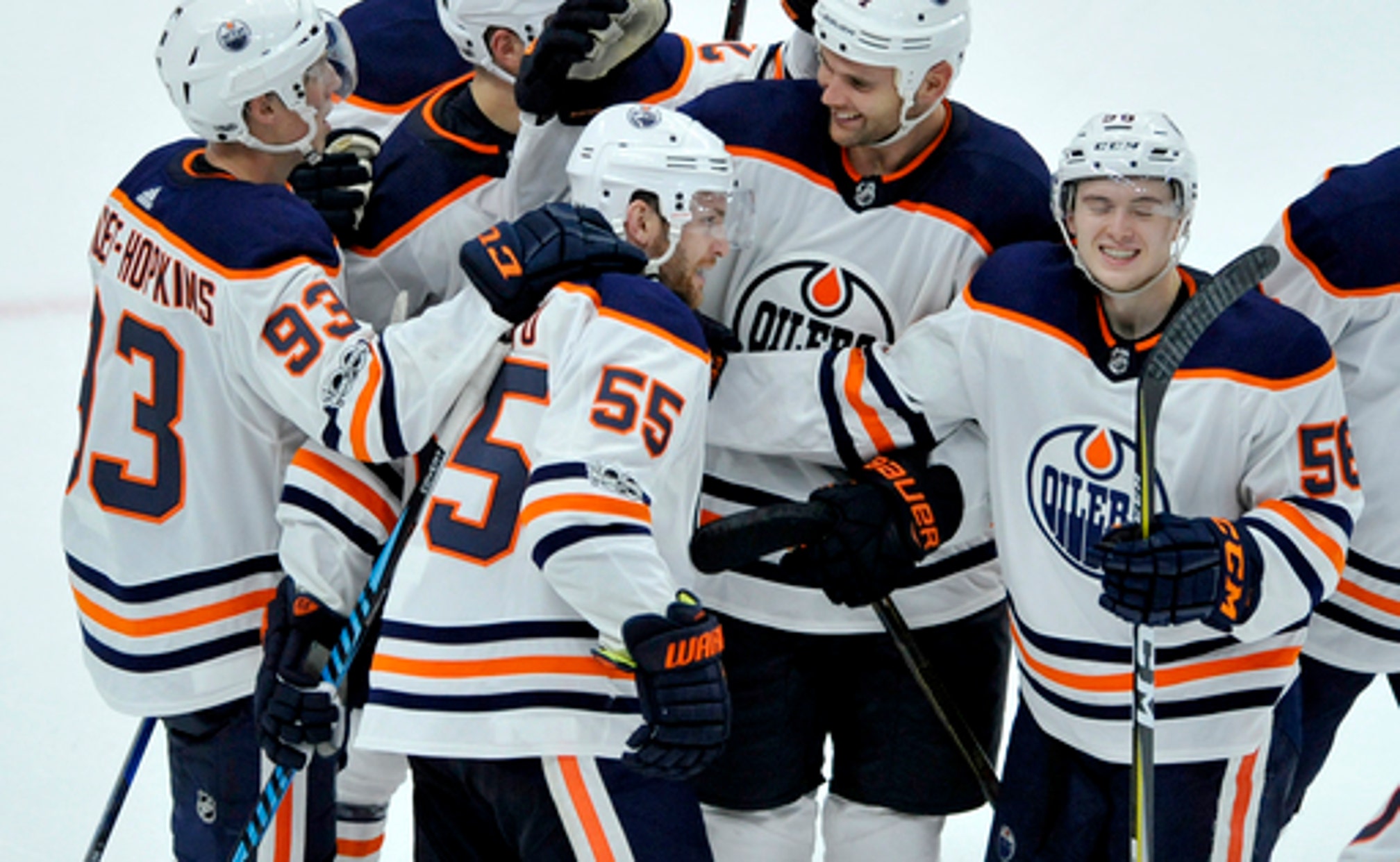 CHICAGO (AP) The Edmonton Oilers haven't gotten off to the start they wanted - and just about everyone expected.

On Thursday night, they used sharp goaltending from Cam Talbot, a more energetic effort and a late break to inch in the right direction.

Mark Letestu scored on a power play with 15.8 seconds left in overtime to give Edmonton a 2-1 victory over the Chicago Blackhawks that snapped a four-game losing streak.

Letestu beat Anton Forsberg on the short side with a one-time shot from the left circle after taking a pass from Oscar Klefbom. Edmonton's 4-on-3 advantage was set up after Patrick Kane was called for hooking at 3:45.

''Our goaltender was solid and our power-play got us the big goal,'' Letestu said. ''(It's) certainly nice to finally have a complete game like that and beat a team like this.''

The Oilers are 2-4 so far, after surging to 103 points and back into the playoffs last season. During the four-game slide, Edmonton was outscored 19-8.

Talbot made 30 straight saves after giving up a fluke goal to Kane on Chicago's first shot.

''It wasn't the way I wanted to start the game,'' Talbot said. ''I had to settle down mentally. I felt pretty comfortable out there.''

Edmonton's Connor McDavid had two assists, including setting up Maroon with a sensational spinning move and pinpoint backhand pass. McDavid has five assists in his last four games, but last season's MVP and leading scorer doesn't have a goal since netting all three in Edmonton's season-opening 3-0 victory over Calgary.

Anton Forsberg, Chicago's backup, stopped 40 shots in his second start this season, but the Blackhawks lost their second straight and third in four games. No. 1 goalie Corey Crawford got the night off following a 5-2 loss at St. Louis on Wednesday night.

Forsberg has hard-luck overtime losses in both of this starts. He faced 43 shots in a 4-3 defeat at Toronto on Oct. 9.

''He's been excellent in both games,'' coach Joel Quenneville said. ''Got it to overtime. It would have been nice to get him a win tonight.''

Chicago failed to convert five power plays, including a 56-second 5-on-3 advantage.

''That was a chance to get a huge goal for us on the power play,'' Quenneville said. ''A lot of close looks, but no finish.''

Kane opened the scoring 7:33 in. From the right side of crease, Kane flipped a soft backhander toward Talbot, and the puck ticked off the goalie's stick and right pad before settling into the net.

Talbot bounced back to stop Jonathan Toews on a breakaway moments later and Duncan Keith's point-blank one-timer at 9:00.

McDavid moved in against Keith, Chicago's All-Star defenseman. McDavid turned his back to Keith, shuffled and then dished across the crease to Maroon, who connected after slipping past defenseman Brent Seabrook.

Talbot maintained his focus into the scoreless second and during three Chicago power plays early in the period, including the 5-on-3 Blackhawks advantage. He made several close-in stops, including on Patrick Sharp, Brandon Saad and Toews. Kane clanked a shot off the crossbar during one flurry.

Forsberg denied McDavid, Anton Slepyshev and Brad Malone at the doorstep late in the period to keep it tied.

Both goalies made several tough saves in the third.

Forsberg stopped Kailer Yamamoto point-blank three times late in the period. Talbot got a piece of Toews' shot from the slot with 7:13 remaining, then the puck trickled just wide of the right post.

Talbot and Forsberg were both sharp overtime.

Oilers: At Philadelphia on Saturday night.

Blackhawks: At Arizona on Saturday night.