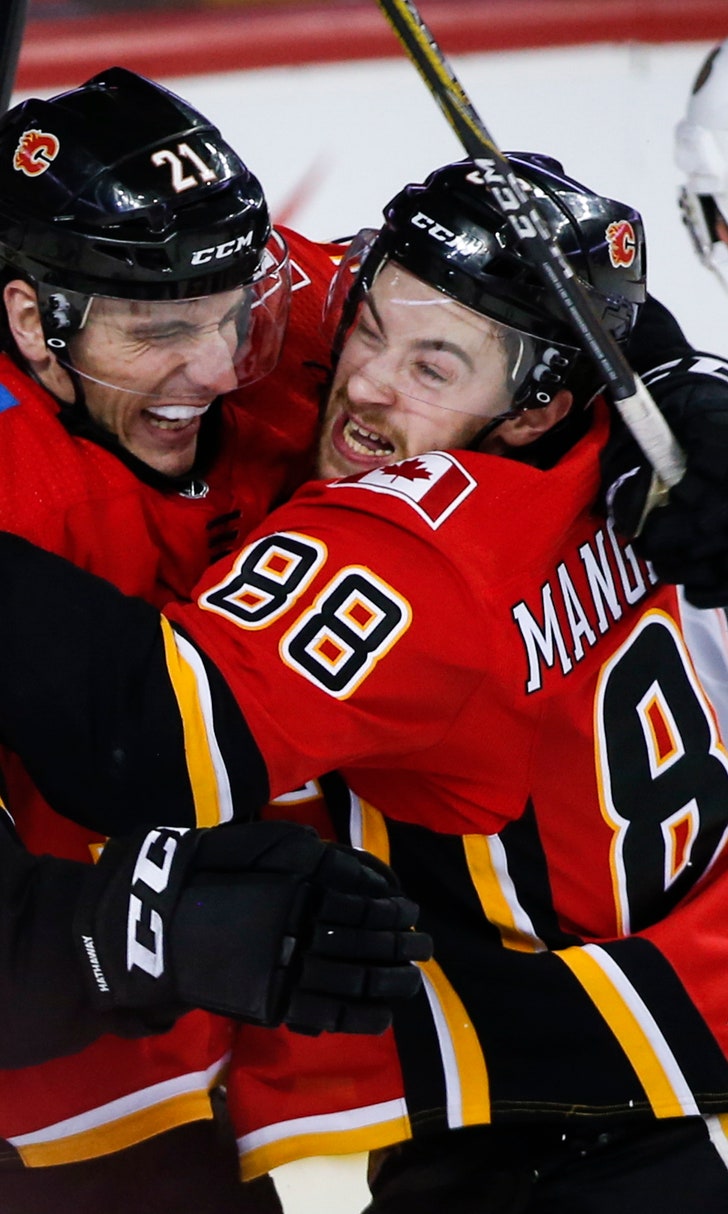 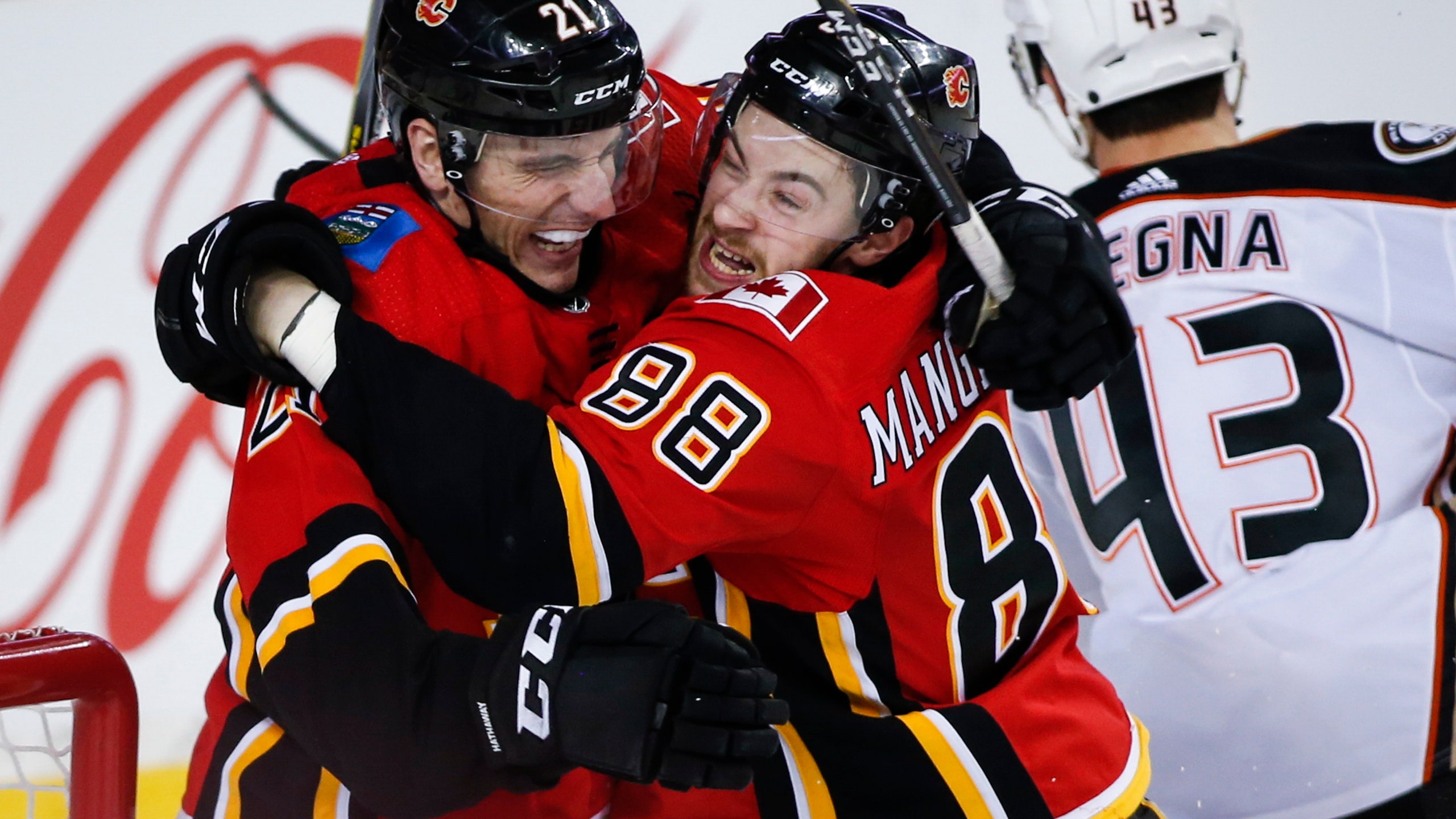 Mangiapane scored the go-ahead goal with 3:29 left and Calgary beat the Anaheim Ducks 2-1 on Friday night for its fourth straight victory.

The rookie left wing tried to pass the puck across to Garnet Hathaway on a 2-on-1. Instead it hit Ducks defenseman Jaycob Megna and came right back to Mangiapane, who ripped a shot over the shoulder of goalie Ryan Miller.

"It hit off the guy's skate and came back to me and I had an empty net," Mangiapane said. "Definitely a nice feeling to get that goal and it was a big two points."

TJ Brodie also scored for Calgary (38-16-7), which moved three points ahead of San Jose atop the Pacific Division. The Flames lead the Western Conference standings as well.

Making his fifth consecutive start, Mike Smith had 25 saves to improve to 18-11-2.

Derek Grant scored for Anaheim (24-28-9), which dropped to 1-1-0 on a four-game road trip. The Ducks had won three of their first four under interim coach Bob Murray.

Making things that much more difficult for a Ducks offense that ranks last in the NHL was the late scratch of leading scorer Ryan Getzlaf (upper body).

"I think there were a lot of positives to carry over tomorrow from this game," Anaheim center Adam Henrique said.

"They've got a good group and we stuck with them for most of the game. It's obviously a couple mistakes that end up in the back of our net, and we didn't take advantage of those power plays that we had."

Combined with Minnesota's win at Detroit, the Ducks' loss dropped them seven points back of the second wild card in the Western Conference.

"It's always tough to lose and these are valuable points, but that team is one of the best in the league," said Anaheim rookie Troy Terry. "We saw what we can do as a team if we're skating and playing the way we can. It (stinks) to lose, but it's something we can definitely build off."

The 22-year-old Mangiapane has three goals in his last seven games after failing to score any in his first 26 NHL games, 16 of them this season.

"Every game it's grown for me," Mangiapane said when asked about his confidence level lately. "Playing with (Derek Ryan) and (Hathaway) and getting more comfortable and building chemistry. They're smart players to play with so it's easy to shoot the puck and create chances."

Flames coach Bill Peters likes what the team has in the 5-foot-10 forward, a sixth-round draft pick in 2015.

"He's a dynamic little guy and he's competitive. He's hard on pucks. He's tenacious. He goes into the hard areas. We really like him a lot," Peters said. "He's spent his time and learned the craft in the American League, which is good to do and important, and he's come up here now and that line has been real good for us."

The only two goals in a lackluster opening 40 minutes came five minutes apart early in the second period.

At 1:22, Brodie's point shot deflected off Megna and slipped past Miller.

Smith was the culprit on the tying goal. He left his net to attempt to play a puck that was coming around the end boards. Instead, Carter Rowney arrived at the same time and flicked the puck into the slot, where Grant fired a one-timer into the open net.

Visibly upset about the blunder, Smith slammed his stick on the ice.

"I've let in plenty of goals that weren't very good. It's one thing to let it in. It's over, it's done with. You've just got to worry about that next shot and keep going, keep playing it," he said.

Miller made the best stop of the game in the first period when he dove across the net to rob Austin Czarnik on a backhand. Czarnik had a three-game goal streak snapped.

Flames: Play at Ottawa on Sunday.