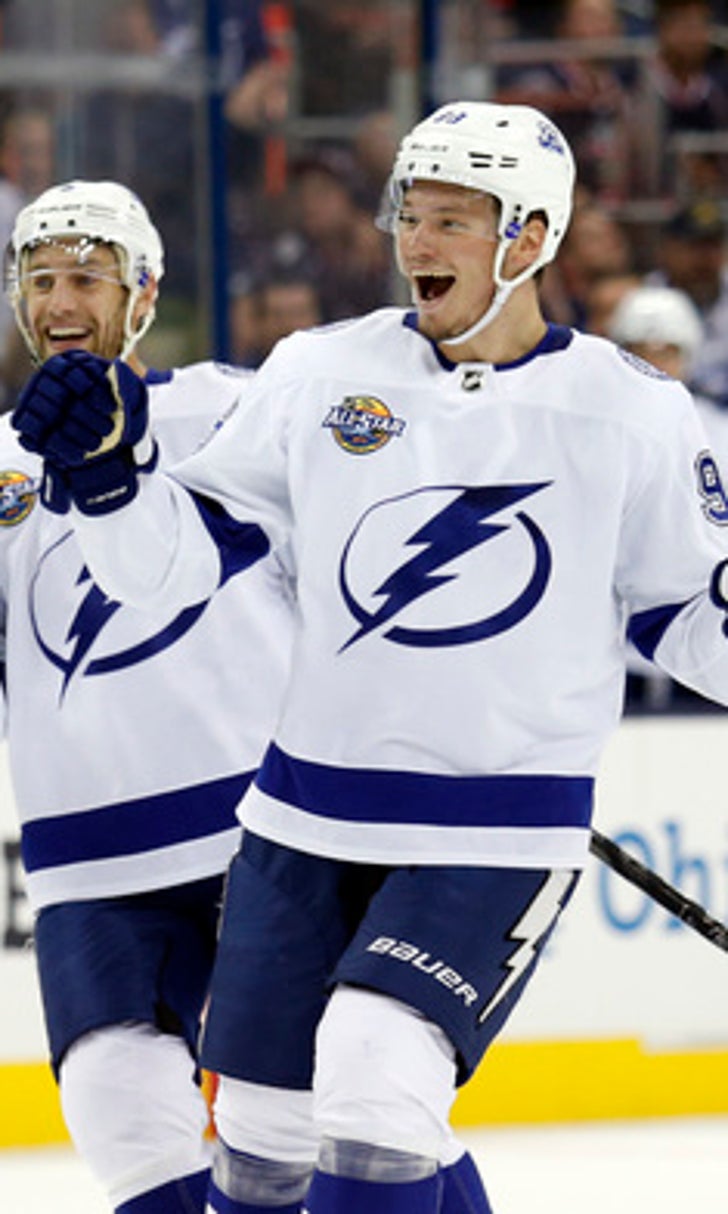 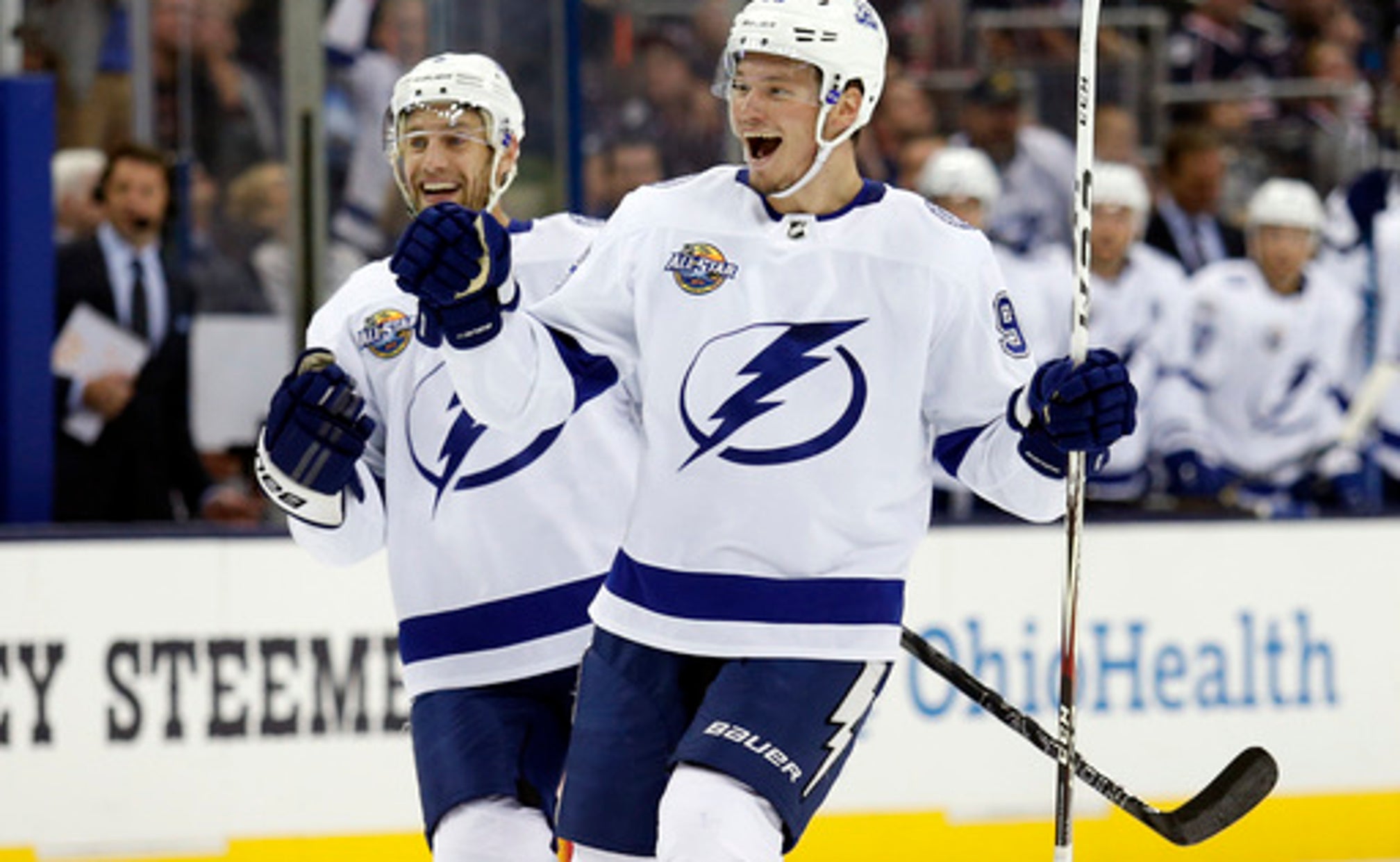 CHICAGO (AP) Mark Letestu scored on a power play with 15.8 seconds left in overtime to give the Edmonton Oilers a 2-1 victory over the Chicago Blackhawks on Thursday night.

Letestu beat Anton Forsberg on the short side with a one-time shot from the left circle after taking a pass from Oscar Klefbom. Edmonton's 4-on-3 advantage was set up after Patrick Kane was called for hooking at 3:45.

Edmonton's Cam Talbot made 30 straight saves after giving up a fluke goal to Kane on Chicago's first shot. The Oilers snapped a four-game losing streak.

Anton Forsberg, Chicago's backup, stopped 40 shots in his second start this season, but the Blackhawks lost their second straight and third in four games. No. 1 goalie Corey Crawford got the night off following a 5-2 loss at St. Louis on Wednesday night.

Edmonton's Connor McDavid had two assists, including setting up Maroon with sensational spinning move and pinpoint backhand pass. McDavid has five assists in his last four games, but last season's MVP and leading scorer, doesn't have a goal since netting all three in Edmonton's season-opening 3-0 victory over Calgary.

Chicago failed to convert five power plays, including a 56-second 5-on-3 advantage.

Nikita Kucherov assisted on both goals to push his NHL-leading points total to 14. His goals streak was stopped at seven games.

The Lightning took advantage of the few openings offered by Sergei Bobrovsky, who stopped 19 shots for the Blue Jackets and lost for the first time this season. Columbus had won four straight.

The Lightning, coming off an overtime loss to New Jersey on Tuesday night, improved to 6-1-1 for their best start opening 7-0-1 in their Stanley Cup-winning 2003-04 season.

BOSTON (AP) - Patrice Bergeron had a goal and three assists in his season debut, moving up to seventh on Boston's career scoring list in the Bruins' victory over Vancouver.

Anders Bjork scored twice, Brad Marchand had a goal and two assists and David Krejci and David Pastrnak each had a goal and an assist. The Bruins scored five straight goals after falling behind 1-0 early in the first period.

Anton Khudobin made 26 saves for Boston while starting in place of Tuukka Rask, who is out indefinitely with a concussion suffered in practice Wednesday.

NEW YORK (AP) - John Tavares scored in the shootout to five the New York Islanders their eighth win in the last nine games against the crosstown New York Rangers.

Anders Lee, Brock Nelson and Mathew Barzal scored in regulation, and Jaroslav Halak stopped 38 shots to help the Islanders recover after blowing a two-goal lead in the third.

David Desharnais, Mats Zuccarello and Kevin Hayes scored, and Henrik Lundqvist finished with 35 saves for the Rangers. They have lost straight (0-3-2) to fall to 1-5-2. It's their fewest points after eight games since they were 1-6-1 to start the 1959-60 season.

Paul Stastny added a goal and an assist to give him 601 career points. The 600-point plateau runs in Stastny family, with father Peter recording 1,239 points and uncle Anton accumulating 636.

Schwartz followed up his hat trick in a 5-2 victory over Chicago on Wednesday night with another goal. He beat Jonathan Bernier with a shot while tumbling to the ice.

Blake Comeau scored an unusual goal with goaltender Carter Hutton on the ice after his defenseman crashed into him and Alexander Kerfoot scored twice, including one off a funny carom in the third period.

Sissons got his second goal of the season early in the third, giving the Western Conference champions their fourth win in five games. Rinne had 44th career shutout and first of the season.

CALGARY, Alberta (AP) - Jeff Skinner had a goal and an assist to help Carolina beat Calgary.

Skinner opened the scoring in the second and set up Justin Williams' goal 1:09 into the third.

Williams scored his first of the season on the power play when he got the puck near the faceoff dot and, as goalie Mike Smith stacked his pads, the veteran put a shot under the crossbar.

GLENDALE, Ariz. (AP) - Tyler Seguin scored a pair of third-period goals and Dallas held off Arizona, sending the winless Coyotes to their seventh straight defeat to begin the season.

Seguin put in the rebound of Jamie Benn's shot at 8:20 of the third, less than 90 seconds after the Coyotes had pulled even. He added his fifth of the season with 2:54 left to make it 5-3.

Clayton Keller scored his second goal of the game with 22 seconds left to trim the margin to one. Derek Stepan also scored twice for Arizona (0-6-1), the only NHL team without a victory.

Benn had a goal and two assists as Dallas beat the Coyotes for the second time in three days.

Stepan scored his first two goals for Arizona. The veteran center arrived in an offseason trade with the New York Rangers and scored in each of the first two periods.

Tampa Bay Lightning
share story
those were the latest stories
Want to see more?
View All Stories
Fox Sports™ and © 2020 Fox Media LLC and Fox Sports Interactive Media, LLC. All rights reserved. Use of this website (including any and all parts and components) constitutes your acceptance of these Terms of Use and Updated Privacy Policy. Advertising Choices. Do Not Sell my Personal Info