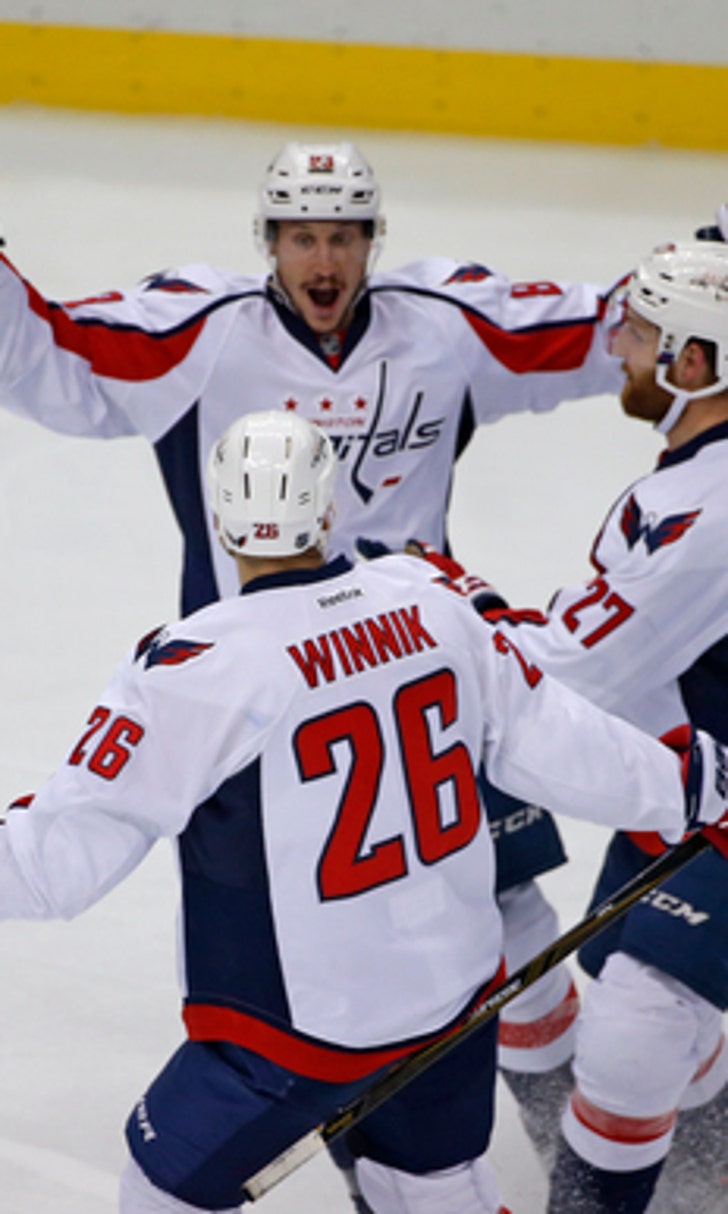 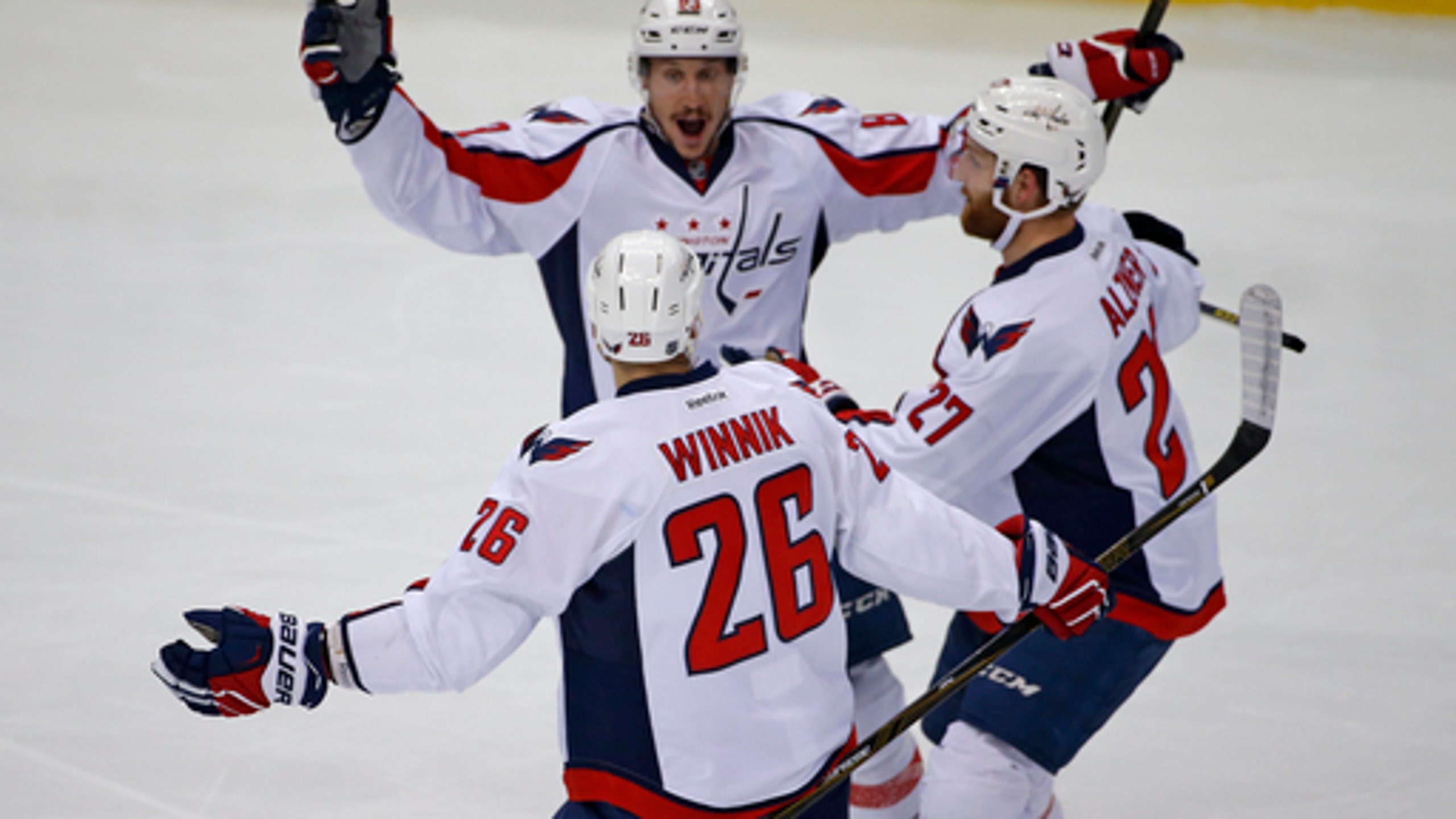 previous story
Podcast: Will the Big 12 cave in and add more teams?
next story
Highlights from the 79th running of the Indianapolis 500 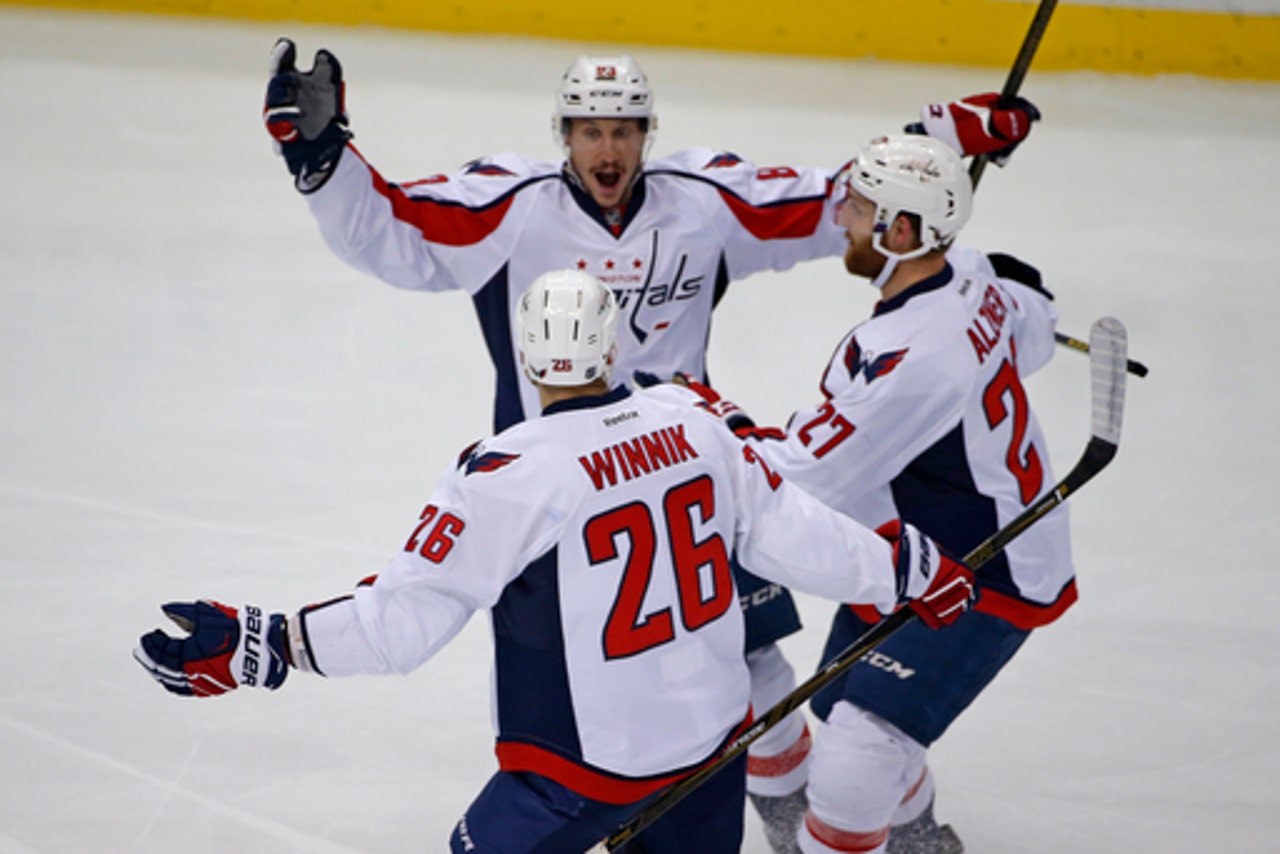 PITTSBURGH (AP) The well-traveled defenseman filling in for his team's most indispensable player scored the first goal. The seemingly ageless center closing in on his 40th birthday scored the second. And the winger who makes a living trying to create space for Pittsburgh captain Sidney Crosby delivered the overtime winner that brought the Penguins within one victory of a spot in the Eastern Conference finals.

Sure, the stars might be out in the NHL's marquee playoff matchup. They're just not the ones shining.

Pittsburgh's 3-2 thriller over top-seeded Washington in Game 4 on Wednesday night did more than give the Penguins a commanding 3-1 lead in the best-of-seven series. It also highlighted the depth the club has spent months cultivating around Crosby, Evgeni Malkin and Kris Letang.

Trevor Daley skated more than 28 minutes and picked up his first postseason goal in more than two years while serving the ironman role typically filled by Letang, serving a one-game suspension for an illegal hit in Game 3. Matt Cullen, who at 39 has openly wondered if he wants to return in the fall, slipped behind the Washington defense to give the Penguins a 2-1 lead. Patric Hornqvist, who spends most of time suction-cupped to a spot in front of the opposing goaltender, pounced on a loose puck 2:34 into overtime and slammed it by Braden Holtby to end Pittsburgh's eight-game playoff losing streak in games pushed beyond regulation.

''I think there's a great chemistry amongst the team that we have right now,'' Penguins coach Mike Sullivan said. ''To see these guys play as hard as they do for one another as their coaches, it's a thrill.''

Washington coach Barry Trotz tried to downplay the hype between two of the NHL's most dynamic players in the run-up to Game 1, stressing there were much more to the longtime rivals than their franchise cornerstones.

Trotz was more right than he knew, only it's Pittsburgh's role players who have pushed the Presidents' Trophy winners to the brink of elimination. Cullen's two points during the series equal Malkin's output. Hornqvist has three points through four games, two more than Crosby, though the two-time MVP occupied Holtby's attention just long enough that the goaltender couldn't get in proper position to stop the Game 4 winner.

''(Hornqvist) does a lot of the thankless things that help this team be successful,'' Sullivan said. ''To see him get rewarded in overtime for us is a thrill.''

The Capitals powered their way to the NHL's best record behind spectacular goaltending from Holtby, a league-leading 50 goals from Ovechkin and a potent power play. All three have taken a significant step back against Pittsburgh. Penguins rookie Matt Murray has been every bit Holtby's equal, Ovechkin's 21 shots have produced a single goal and Washington is just 1 for 12 with the man advantage.

Though John Carlson, Jay Beagle and Marcus Johansson have tried to pick up the slack, the Capitals are now on the verge of succumbing to an all too familiar result in the spring.

Trotz pointed to Letang's absence in Game 4 as an opportunity Washington needed to exploit. Instead, Daley patrolled the blue line and quarterbacked the power play in Letang's stead while Justin Schultz - playing for the first time in more than two weeks - was solid in his return.

Especially playing a club getting contributions from all over, a far cry from the top-heavy roster that relied so heavily - usually too heavily - on Crosby and Malkin for production during recent postseason swoons.

It's symbolic of the way Penguins general manager Jim Rutherford rebuilt Pittsburgh since taking over in the summer of 2014 that neither Daley nor Schultz were around when the season began. Then again, they're hardly alone. Only a handful of players remain from the group that skated off the ice following a Game 7 loss to New York in the second round two years ago, a series the Penguins had led 3-1.

That setback is still fresh in the mind of Crosby and the others who remain. At the same time, most of the guys who surround Crosby in the dressing room won't carry that baggage into Game 5 on Saturday night in Washington. This is, in many ways, feels like a fresh start filled with fresh faces, even if some are less well-known than others.