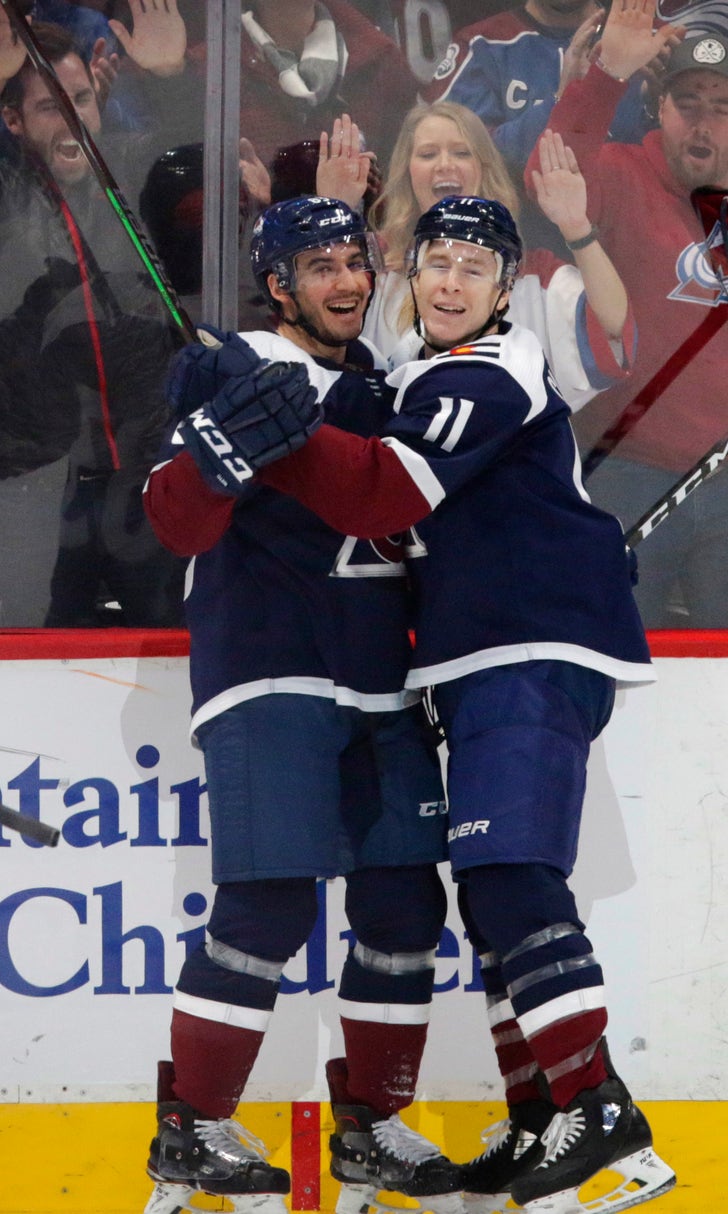 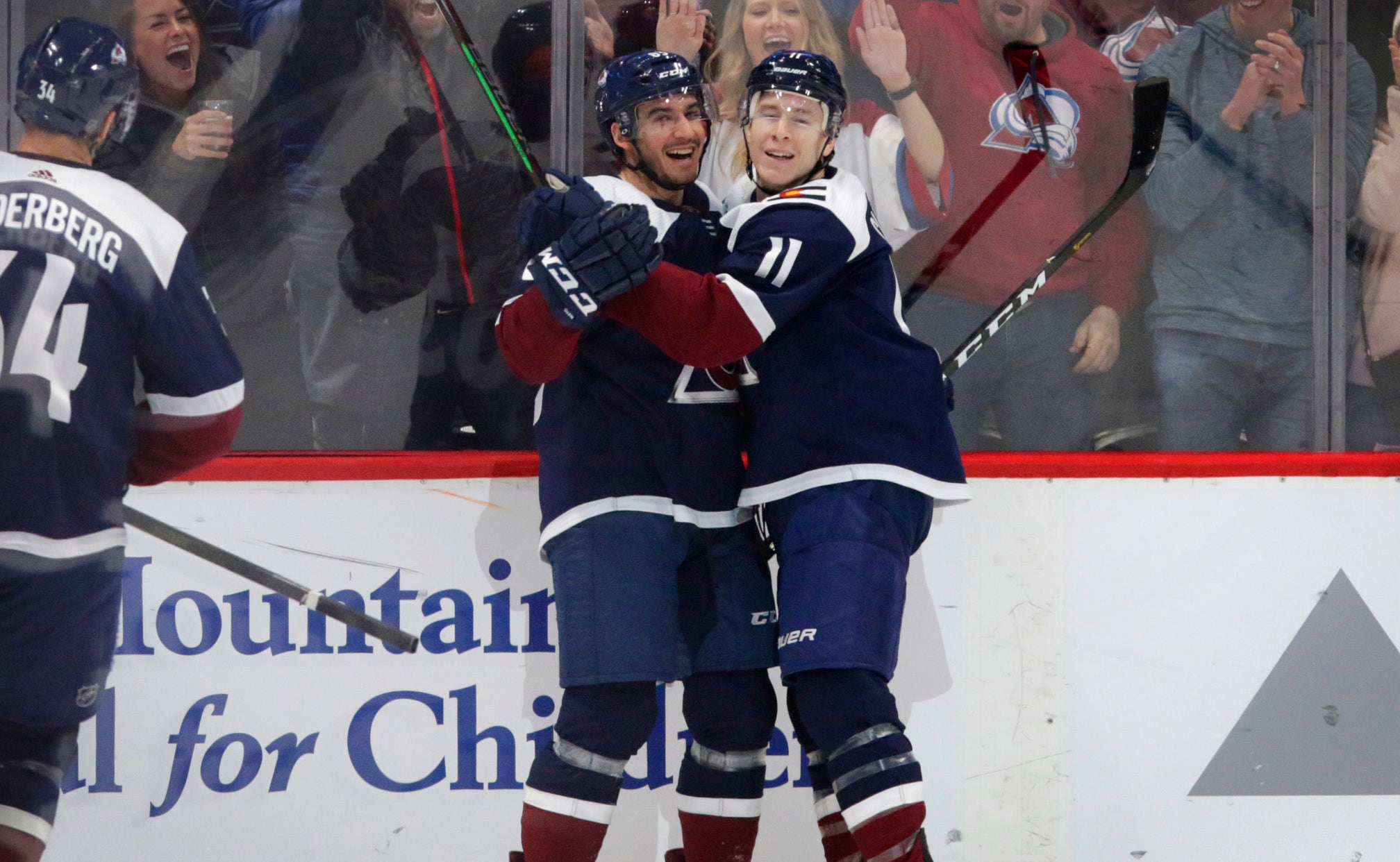 DENVER (AP) — Given the company on his line, Gabriel Landeskog has a tendency to be overlooked.

Landeskog scored twice, including the winner with 3:20 remaining, Mikko Rantanen added two more on the power play and the Avalanche recovered after blowing a three-goal lead to beat the Dallas Stars 6-4 on Saturday night.

"I'm fortunate to be part of such a good line that finds different ways to score goals," Landeskog said.

Colorado's top unit came through once again as Landeskog, Rantanen and Nathan MacKinnon combined for nine points. Landeskog started things off on the right note with a power-play goal. He made sure it ended on a good note, too.

"Landy is the guy who is underrated, probably doesn't get enough credit," Avalanche coach Jared Bednar said. "He's a glue guy on that line. He's a calming influence.

"Call him a complementary player, whatever, but he's been getting into areas to score goals all year long."

Landeskog, Matt Calvert and Rantanen staked Colorado to a 3-0 lead during a first period in which the Avalanche had two goals disallowed due to goaltender interference.

Esa Lindell and Tyler Seguin brought Dallas back by scoring 44 seconds apart in the middle period. Seguin added another in the third and Jamie Benn tied it with 4:36 left.

Landeskog's winner was a redirect after a shot by defenseman Erik Johnson from the blue line. MacKinnon sealed the win with an empty-net goal. MacKinnon also had three assists to help the Avs snap a three-game skid that included an overtime loss in St. Louis on Friday.

Rantanen had two goals and an assist in extending his point streak to 14 straight games. The Finnish forward's point streak ties MacKinnon (last season) and Joe Sakic (2000) for third-longest since the team moved to town in 1995-96.

Pulled from his last two starts, Semyon Varlamov found his groove early, staggered in the second and then made several big saves in the third period. Varlamov has allowed 18 goals over his last four games.

"We'll play really well for stretches like the first and we're having trouble sustaining it," Bednar explained. "I think it's the same for our goalies."

Ben Bishop gave the Stars a boost in goal after taking over for starter Anton Khudobin following the opening period. Bishop finished with 14 saves.

The Stars finished winless on a four-game trip.

"I can't say we know what type of team we are," Montgomery said. "You're going to have ebbs and flows. We've got to get back on track here."

Trailing 3-0 midway through the second period, Lindell scored a short-handed goal and Seguin followed with another over a sprawled-out Varlamov.

Rantanen's goal late in the second made it 4-2 and set up an entertaining third period. Rantanen has a league-leading 56 points this season.

Colorado nearly broke the game open early on in the first, but Colin Wilson's goal was disallowed on review for goaltender interference when A.J. Greer and a Dallas defenseman crashed into Khudobin.

Carl Soderberg also had a goal overturned for bumping into Khudobin.

"You've got to play a full 60 minutes in this league to win games and we didn't do that tonight," Benn said. "We just didn't give ourselves a chance to win this game."

NOTES: Dallas recalled F Denis Gurianov from Texas of the AHL on Friday. ... D Taylor Fedun and RW Alexander Radulov both had two assists for the Stars. ... Colorado F Alexander Kerfoot missed a third straight game with an upper body injury. ... Avalanche F J.T. Compher banged his head into the boards after a third-period hit from defenseman Julius Honka.

Avalanche: Host the New York Islanders on Monday night in the second of a four-game homestand.