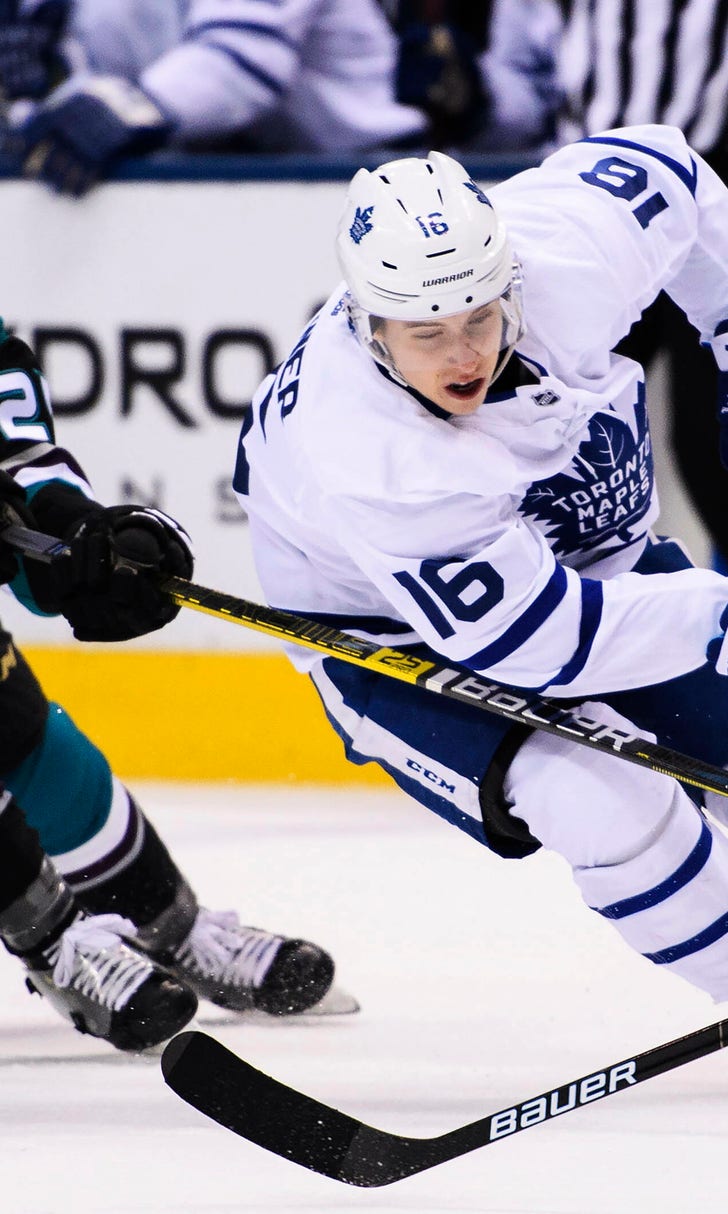 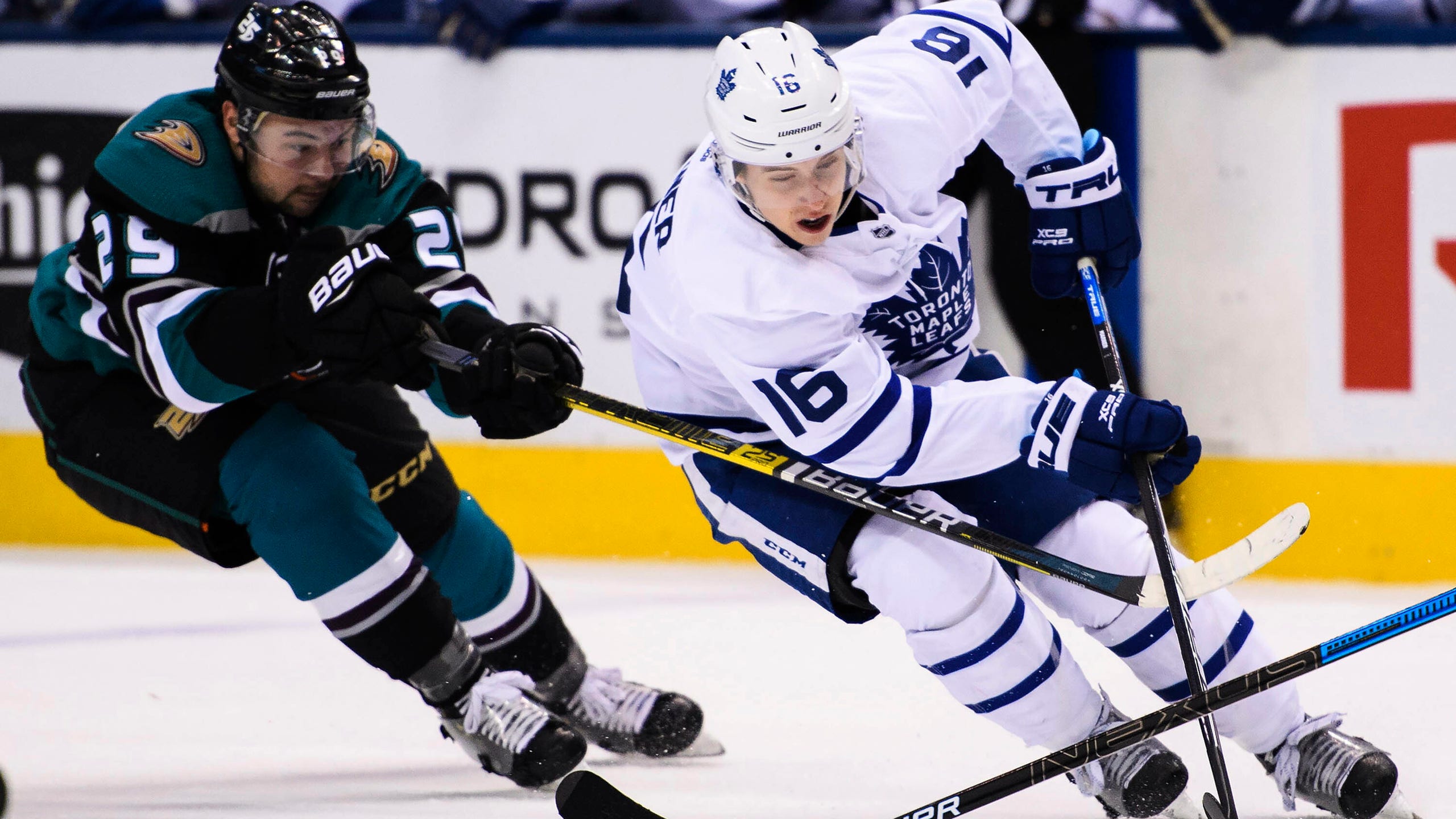 Muzzin, acquired from the Los Angeles Kings for two prospects and a first-round pick last week, has already provided a physical presence and calming influence to a blue line previously viewed as the Leafs' weak link.

"Good team, good coaching, good plan, and it's easy to follow," Muzzin said, explaining why things have clicked in Toronto. "They're very clear in how we're supposed to play, and that's how we're playing."

Set to turn 30 later this month, he's been blown away by the welcome in Toronto, including the huge ovations from the home crowd for a couple of thunderous hits in his first two home outings.

"It's been awesome," Muzzin said. "I didn't know what to expect, really, with media and hockey in general. I'm very pleased with how it's going.

William Nylander and John Tavares each had a goal and an assist, and Connor Brown also scored for Toronto, which has won three in a row at Scotiabank Arena after dropping six of their previous seven home games.

Rickard Rakell scored for Anaheim. John Gibson made 30 saves before being pulled in favor of Chad Johnson after Toronto scored its fifth goal.

The Ducks, who trailed 6-0 after the first period of Saturday's 9-3 loss in Winnipeg, lost their fourth straight game and have two victories in their last 18 games (2-12-4).

Despite their struggles, the Ducks remain just three points out of the final wild-card spot in the congested Western Conference, thanks in large part to Gibson's Vezina Trophy-level play this season.

"It's hard on everybody," head coach Randy Carlyle said. "This is not an easy time."

Locked in a scoreless tie after the opening 20 minutes, the Leafs moved ahead at 3:02 of the second when Tavares snapped his 31st goal of the season, beating Gibson high on the short side while Toronto was in the midst of a line change.

Andersen, who shared the Anaheim crease with Gibson from 2013-16 before the trade that made him the Leafs' No. 1 goalie, stopped Nick Ritchie on a breakaway later in the period, prompting the home crowd to belt out chants of "Freddie! Freddie!"

Gibson then robbed Auston Matthews on a Toronto power play, but Johnsson made it 2-0 just 10 seconds after the penalty expired when he backhanded his 11th goal of the season at 13:40. It came off a rebound of s shot by Muzzin through traffic.

The Leafs defenseman then rocked Corey Perry near the Ducks bench to once again energize the building.

Muzzin made the Ducks pay on the ensuing power play, blasting his fifth goal of the season past Gibson with 2.2 seconds left on the clock, snapping a 2-for-33 skid with the man advantage.

Anaheim got on the board at 2:45 of the third when Rakell scored his ninth goal of the season past Andersen's blocker at 2:45.

"There's nobody in our locker-room that's not trying," Rakell said. "We want to do the right things, but our head is not really in the game."

But the Leafs got that one back 31 seconds later, when Brown beat Brandon Montour to the front of the net on a 2-on-2 to rush and chipped his fifth past Gibson.

Nylander, who came in with just one goal and six assists since ending his contract impasse in early December, then picked the far corner on Gibson for his second goal of the campaign.

"It's coming together," Nylander said. "Today was a step in the right direction."

That ended the night for Gibson, who has been pulled in three straight games. He went to the locker room and didn't return to the bench.

Wearing the team's road whites, Toronto came out fast against Anaheim — which was sporting its throwback Mighty Ducks uniforms — in the game's opening minutes.

Ducks: At Montreal on Tuesday.

Toronto Maple Leafs
share story
those were the latest stories
Want to see more?
View All Stories
Fox Sports™ and © 2021 Fox Media LLC and Fox Sports Interactive Media, LLC. All rights reserved. Use of this website (including any and all parts and components) constitutes your acceptance of these Terms of Use and Updated Privacy Policy. Advertising Choices. Do Not Sell my Personal Info