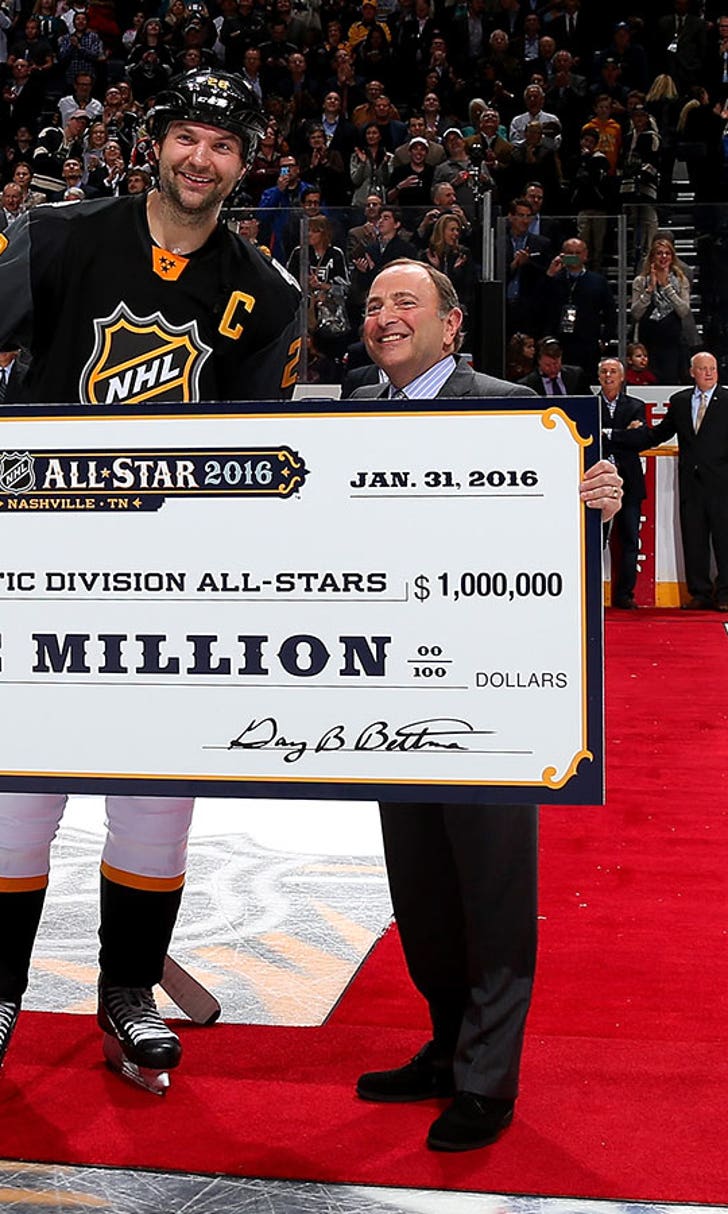 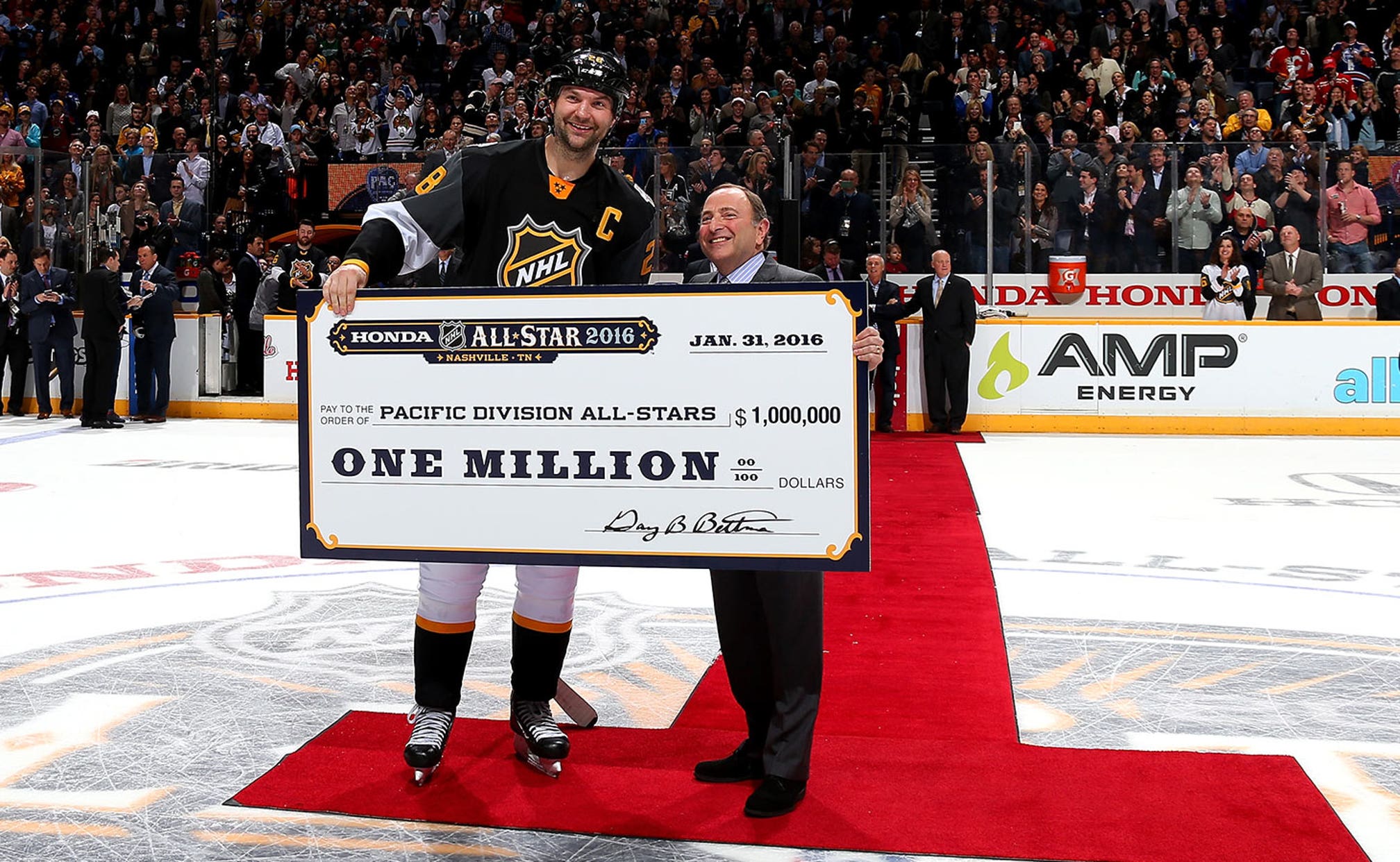 John Scott: The unlikely hero of the prank that saved the All-Star Game 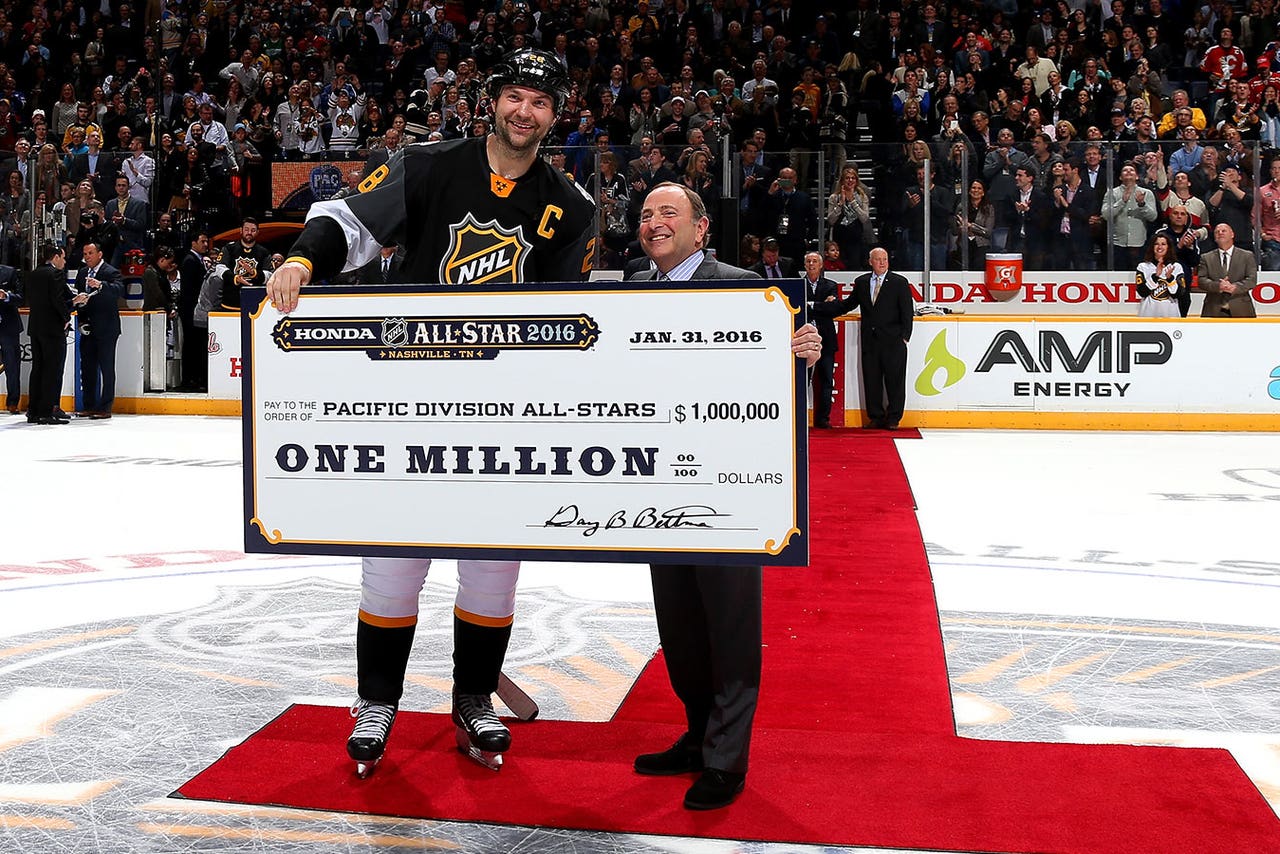 It started out as a joke and it ended as one of the greatest fan-led pranks in hockey history.

John Scott, a man who has played just 11 NHL games this season, entered Sunday's All-Star Game as the unlikeliest of captains, voted in by the fans seemingly as a gag. He skated away with two goals, the MVP trophy, a check for $1 million for the winning squad ... and a legion of new fans who were thrilled to find a way to troll the league.

The NHL put itself into a sticky situation when it allowed fans to vote for All-Star captains but did not limit that vote to players of a specific caliber. NHL fans seized on the loophole to vote in Scott, a longtime enforcer who is far from the type of player the league was looking to showcase at the event, to captain the Pacific Division.

Scott told reporters his former team -- the Arizona Coyotes -- and the NHL both pressured him to cede his captaincy ahead of the event. He detailed some of the pressure from the league in a piece in The Players' Tribune:

But when Scott refused to cede his spot in the game, the decision seemingly was taken out of his hands when he was traded across conferences to the Montreal Canadiens. What's more, the Canadiens immediately assigned Scott to their minor-league club.

Out of the league, Scott was now ineligible to play in the All-Star Game, let alone captain the team from a division in which he no longer plays.

But fans rallied behind their vote -- and their hero -- on social media. They were disgusted both by the trade's potential to thwart their plans and the fact that Scott would have to leave his wife -- who is nine months pregnant with twins -- and two young children behind in Arizona as a result of the transaction.

The NHL was facing a growing public relations crisis, and ultimately relented, announcing Jan. 19 that Scott would indeed be permitted to serve as Pacific Division captain, after all.

The NHL was already in a precarious position with fans, as the league changed the All-Star Game format to a tournament of mini 3-on-3 games instead of a traditional game. Plenty of fans were skeptical, claiming the new format turned a meaningless game into even more of a joke.

But the Scott saga turned all the focus away from the skepticism over the new format and onto one player. And once Scott actually played in the game, the NHL and fans came out winners.

The hockey world was so invested in Scott's story that it tuned in for a game otherwise seen as a pointless affair. Fans flooded social media with their thoughts on the game, and #NHLAllStar even trended above the NFL's Pro Bowl on Twitter in the United States during the brief overlap between the two games.

Scott himself trended above the Pro Bowl on Twitter long after the conclusion of the NHL's All-Star Game.

Meanwhile, the 3-on-3 format also worked out. Two of the three 3-on-3 games were tight, tense matches, and the final game between the Atlantic Division and Pacific Division ended in a 1-0 win for Scott's Pacific squad -- an unheard-of score in recent All-Star Games.

The event was competitive and compelling, which was exactly what the NHL was hoping for when it changed formats. Fans were interested to see whether Scott would score -- and were rewarded twice -- and whether Scott's squad would come out victorious and earn the $1 million awarded to the winning side. The players were invested too, competing hard, back-checking and diving to block lanes as the minutes ticked down on the shortened game clocks.

Then came the All-Star MVP vote. Scott not only was a popular pick among fans; opposing teams were passing over their own players and voting for him, too.

So NHL Commissioner Gary Bettman was powerless to do anything but smile as he handed over the winner's check to the newly crowned MVP. But Bettman was far from a loser. After all, he did get the viewer engagement he had hoped for even though NHL fans rejoiced in their ability to seemingly stick it to the man and beat the NHL at their own game.

On Monday, Scott will return to the AHL, where he is currently playing for the Canadiens' affiliate in Newfoundland. Fans across the league will go back to rooting for their respective teams in cities across the continent.

But for a brief moment on Sunday, NHL fans, teams and players united behind one cause, and by the end of the night, everyone was a winner.

This is what it's all about. #VoteMVPScott

Love it!!!!! Have not smiled this much in a long time watching a hockey game.. #JohnScott #MVP #NHLAllstar

Of course he has our vote: #VoteMVPScott