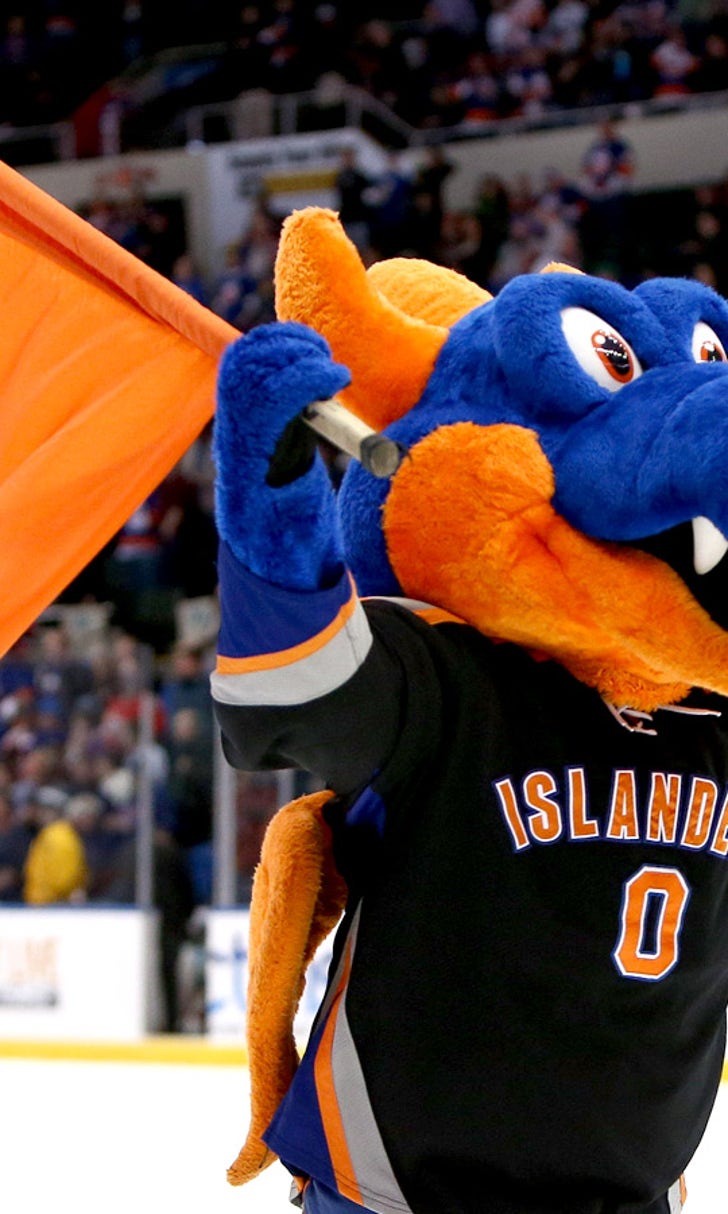 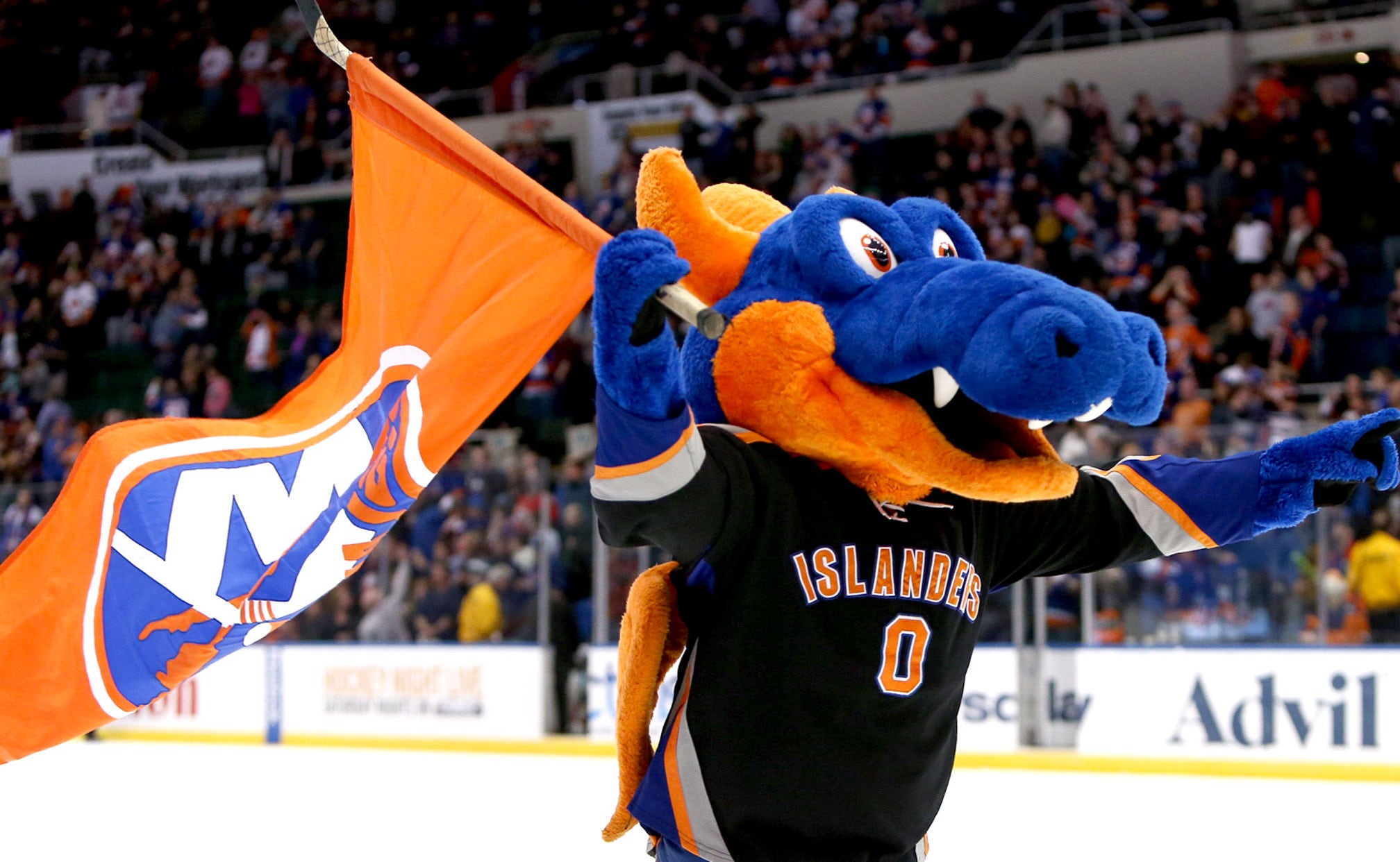 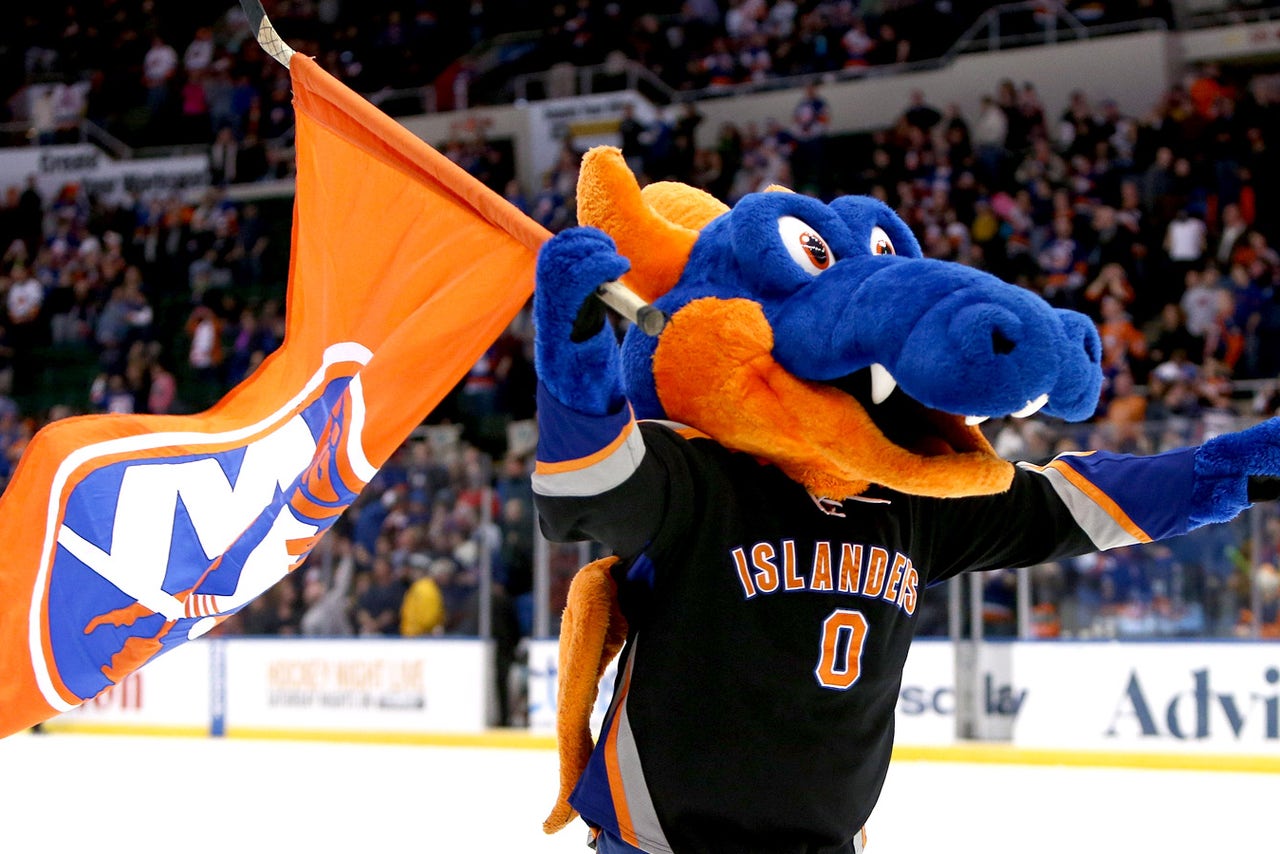 "Sparky the Dragon" has joined the New York Islanders' Ice Girls as being "persona" non grata at the Barclays Center.

The seven-foot blue and orange Islanders' jersey-wearing mascot will still appear at select events in the Long Island area, according to Arthur Staple of Newsday.

A fixture at the Nassau Veterans Memorial Coliseum since 2001, "Sparky the Dragon" made his first appearance during a home game for the Arena Football League's New York Dragons. The orange-winged mascot remained with the Islanders after the Arena team ceased operations in 2008.

Perhaps "Sparky the Dragon" can drown his sorrows with the Ice Girls, who also didn't accompany the Islanders in their trip to Brooklyn.

The great #Isles Community Relations genius @AnnRina420 told me that Sparky will live on in appearances around LI. Fear not, Sparky fans.