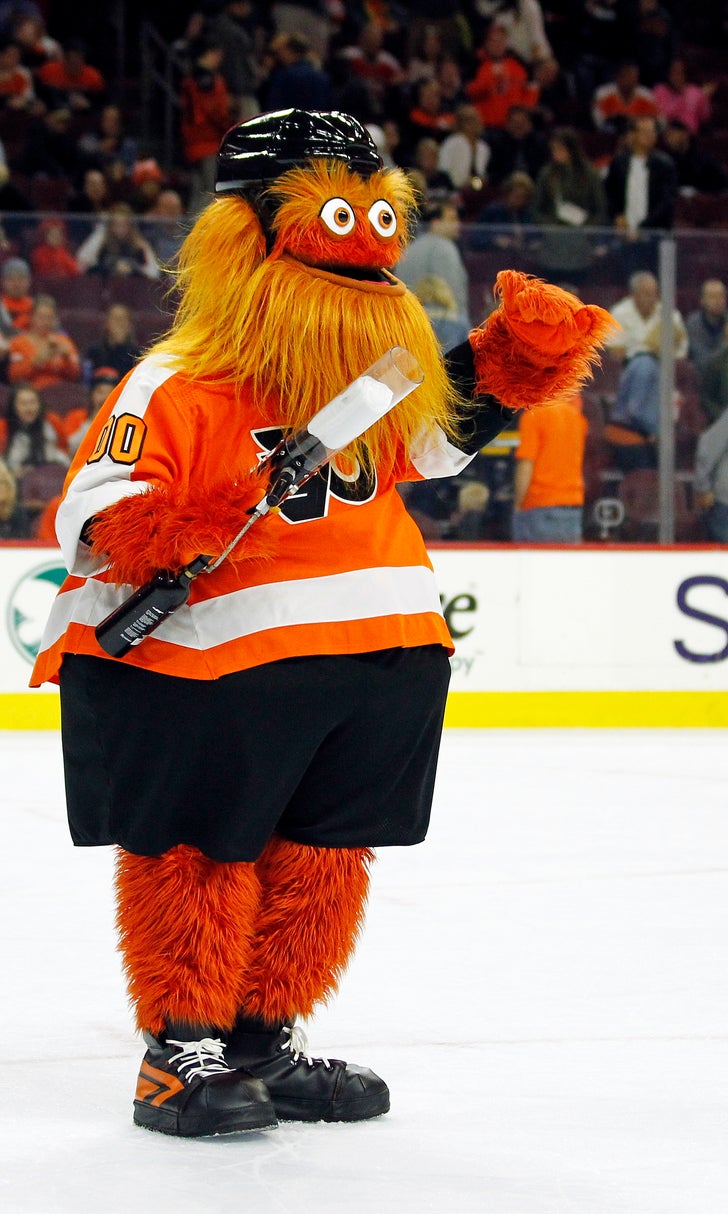 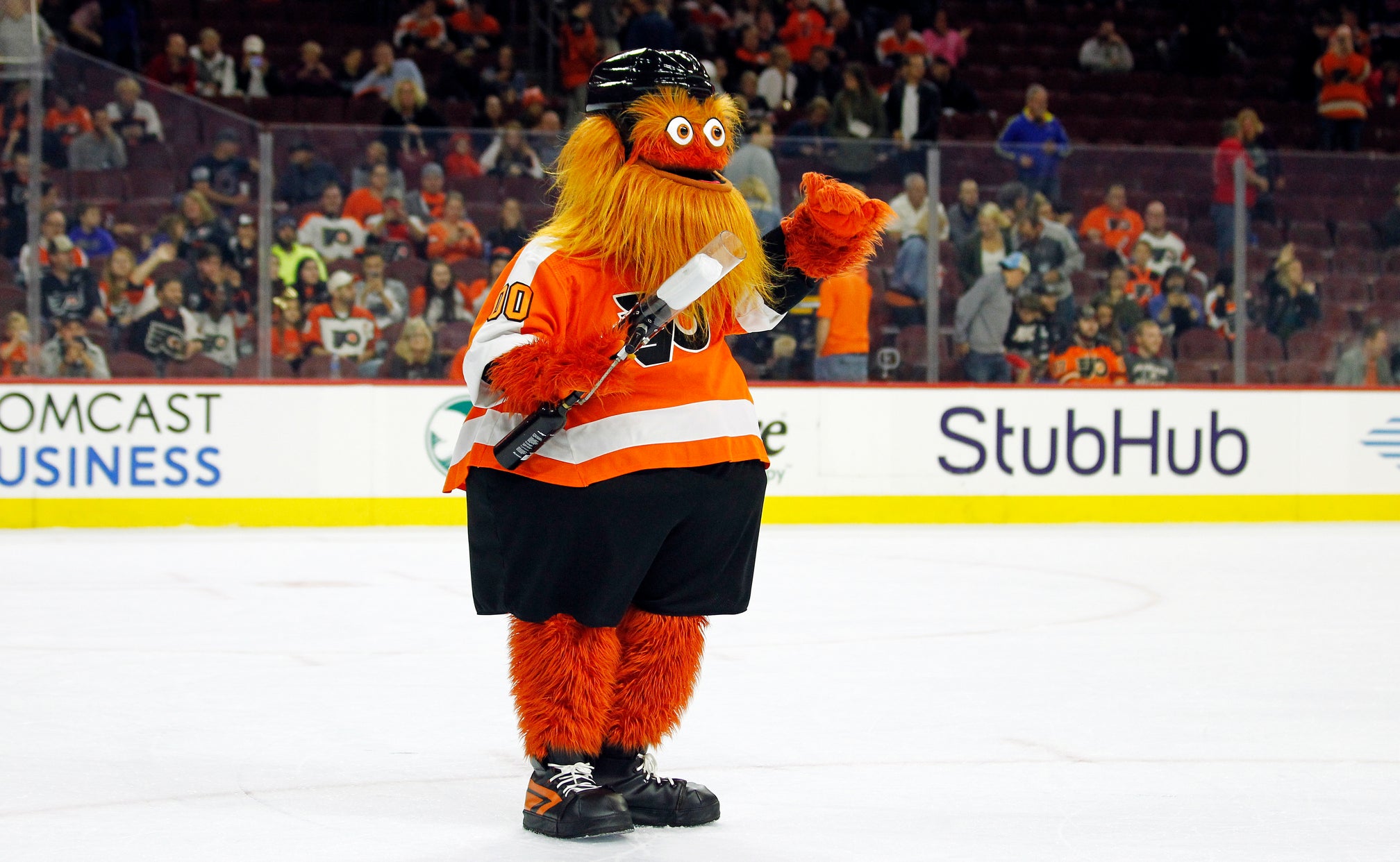 The character's debut triggered an outpouring of comments online, including "Good luck sleeping tonight, Flyers fans" and comparisons to ZZ Top and the Muppets. Twitter users created memes with Gritty taking the place of horror-movie villains and splicing his head onto other disturbing images.

The reaction seemed to be exactly what the Flyers were going for. Gritty's final tweet of the day included the message, "Goodnight, internet," and a photo of the crazed-looking mascot squeezing what looked to be Champagne out of a squirt bottle.