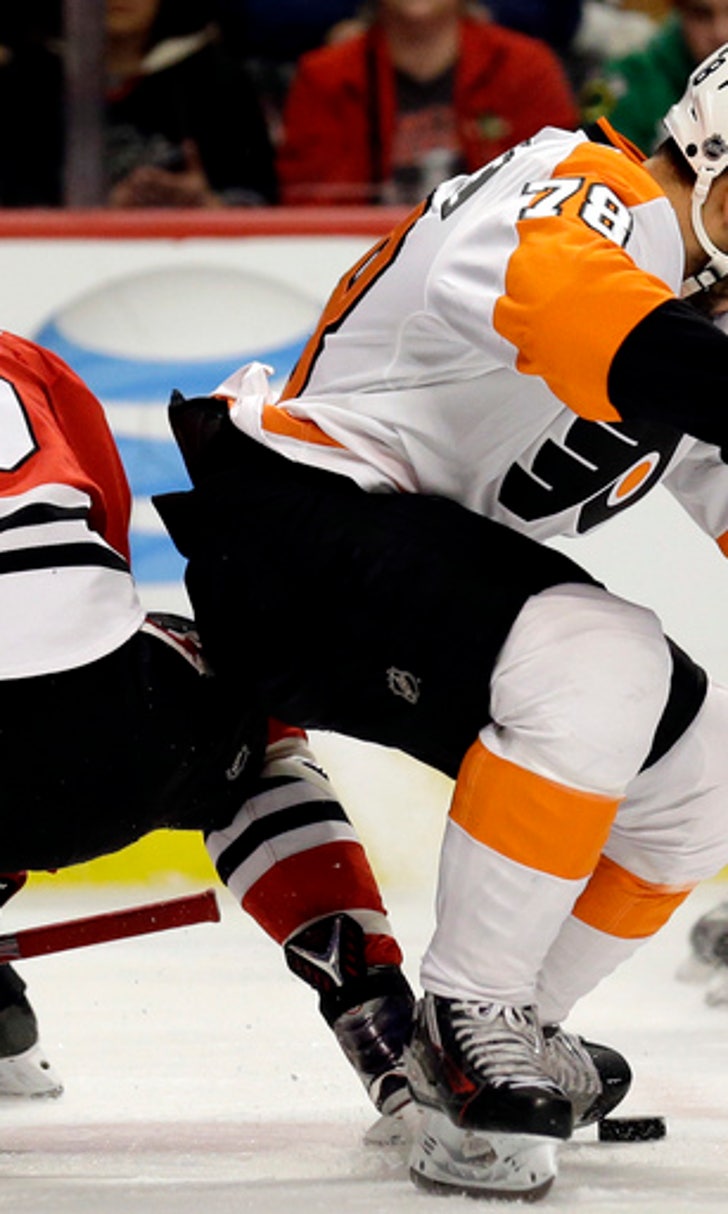 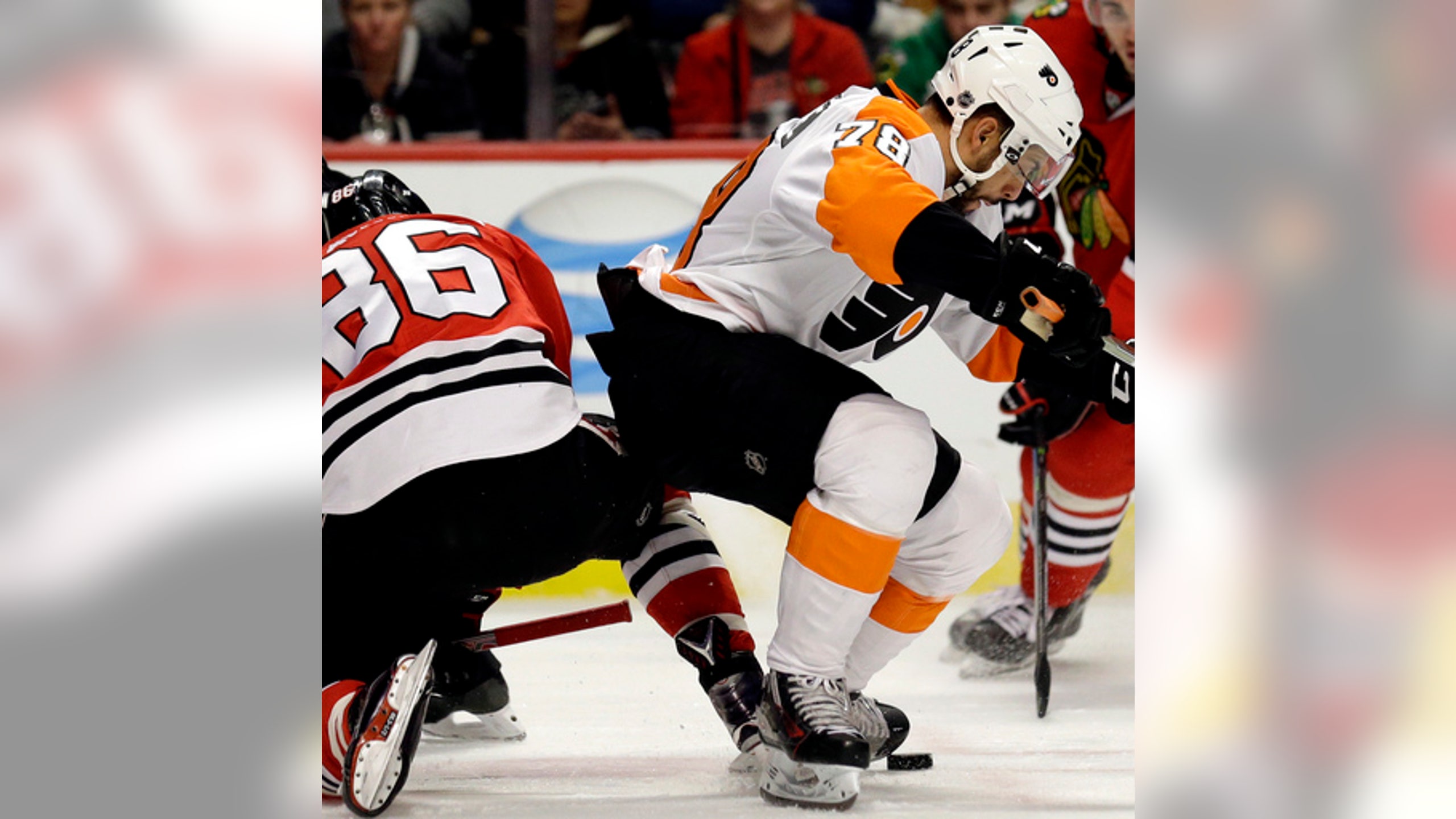 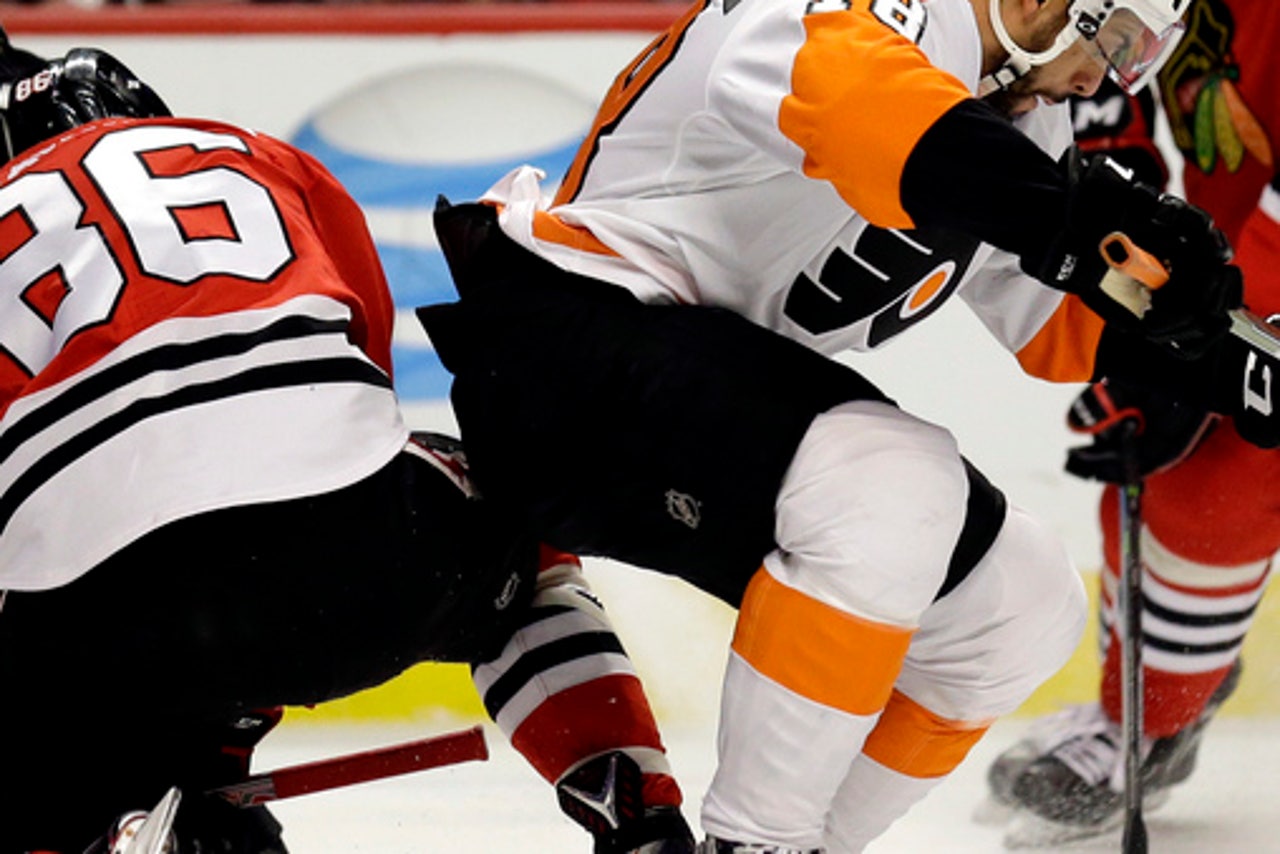 CHICAGO (AP) Defenseman Radko Gudas scored on a deflected shot in the third period, and the surging Philadelphia Flyers beat the Chicago Blackhawks 3-2 on Wednesday night to move into position for a wild-card playoff spot.

Michal Neuvirth made 24 saves as Philadelphia improved to 8-1-1 in its last 10 games and leapfrogged idle Detroit for the eighth spot in the Eastern Conference. The Flyers beat the Red Wings 4-3 at home on Tuesday night.

Gudas' slap shot at 9:53 of the third went off the stick of Blackhawks defenseman Christian Ehrhoff and then bounced off the ice before elevating past goaltender Scott Darling. It was Gudas' third goal of the season - with each coming in the last six games.

Chicago coach Joel Quenneville juggled his lines and gave starting goaltender Corey Crawford the night off, but the Blackhawks still lost their fourth consecutive game. Marian Hossa scored his 497th career goal for the defending Stanley Cup champions, and Jonathan Toews added his 25th of the season in the second.

Chicago and Philadelphia alternated goals in the first two periods, with the Blackhawks jumping in front twice and the Flyers coming back each time.

The Blackhawks caught a break in the first when Flyers defenseman Shayne Gostisbehere broke his stick on a power-play shot from the left point, sending the puck right to Artem Anisimov. The center played it up to Hossa for a short-handed breakaway, and the winger beat Neuvirth on the stick side for his 11th goal of the season.

Philadelphia got another power play at the end of the period, and took advantage this time around. With Artemi Panarin in the box for interference, White was credited with his ninth goal when Andrew MacDonald's big slap shot went off his left shin and past Darling at 18:48.

Darling finished with 26 saves in his first home loss of the season.

Toews got the lead back for Chicago when he flipped his own rebound into the top of the net at 4:58 of the second. But Schenn finished off a 2-on-1 with Claude Giroux for his 24th goal, tying it at 2 with 6:58 left in the second.

Toews' fourth goal in his last eight games gave him at least 25 for the third straight season. Patrick Kane also got an assist on the play, running his NHL-best total to 90 points.

NOTES: Flyers C Chris VandeVelde was sent off for elbowing Toews in the head late in the first period, a penalty that likely will attract the attention of the league. ... Flyers F Jake Voracek missed his ninth straight game due to a left foot injury. He is skating again and could return soon. ... D Erik Gustafsson was among the scratches for the Blackhawks. The rookie had played in seven of the last eight games.