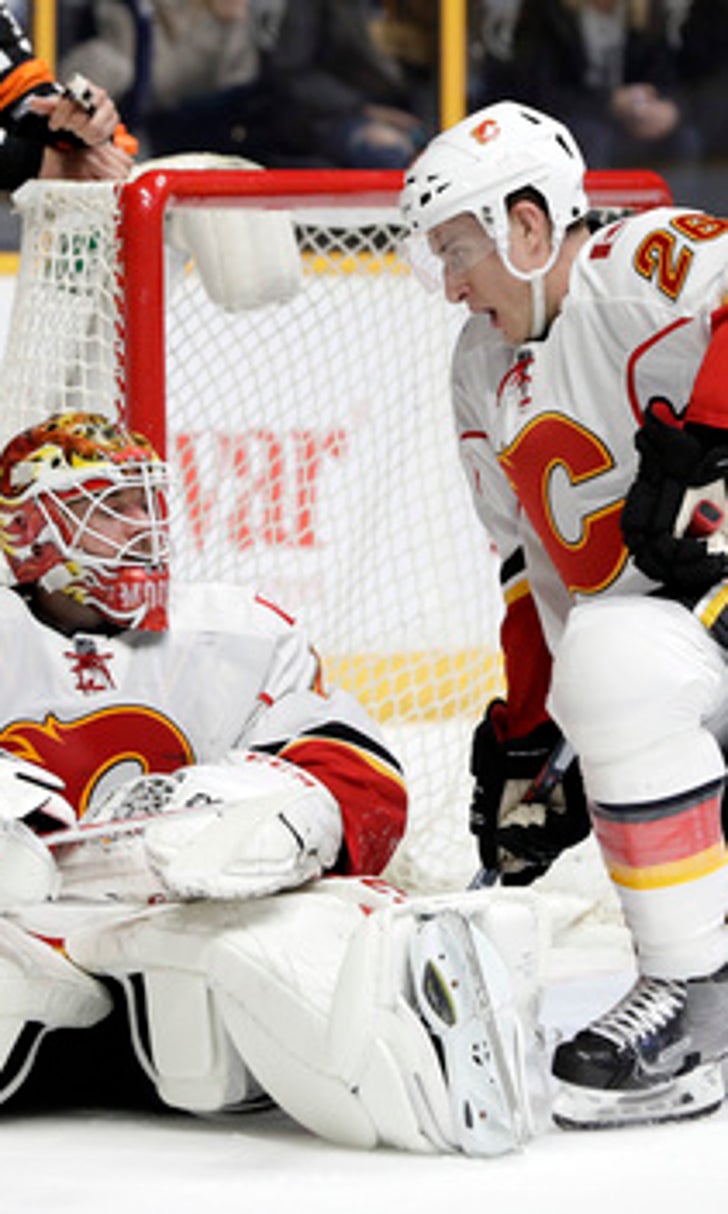 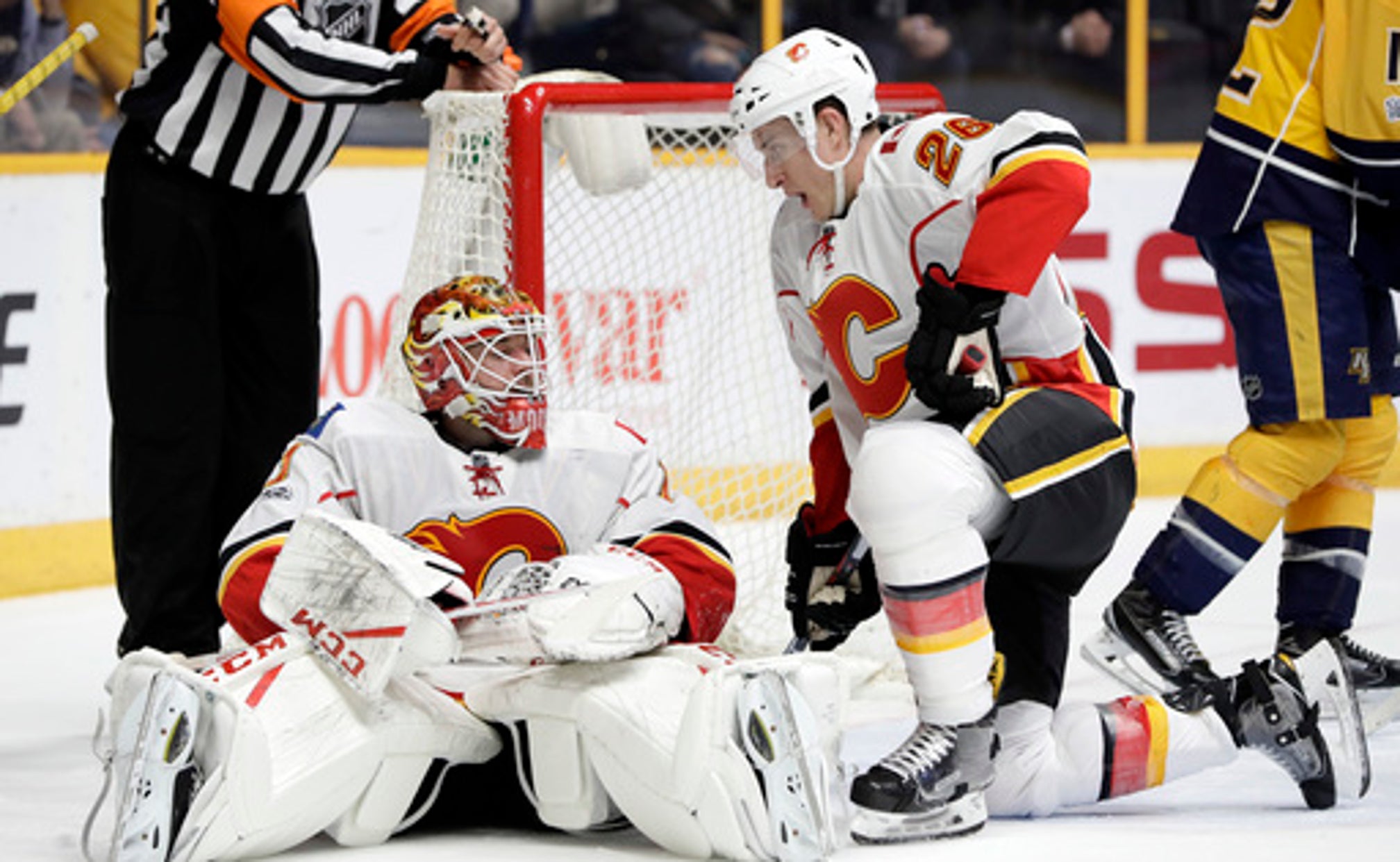 NASHVILLE, Tenn. (AP) The Calgary Flames are showing they have some offensive firepower along with resiliency. They needed every bit in their visit to Music City.

Mark Giordano scored 43 seconds into overtime, and the Flames edged the Nashville Predators 6-5 on Tuesday night in a crucial game between teams holding the Western Conference's wild cards.

''This is what it's like to battle another team that's trying to claw and scrape to be in the playoffs,'' Flames coach Glen Gulutzan said. ''I thought there was a lot of character shown by both clubs, with them coming back and their push in the second, but our push back in the third showed a lot for our group.''

The Flames not only have won two of their last three, they now have points in seven of their last nine. They also pulled within a point of Nashville, though the Predators have a game in hand.

Mikael Backlund tied it at 5 at 10:50 of the third with his second goal of the game and 17th this season with a wrist shot.

Filip Forsberg had a hat trick in the second period, and Colin Wilson and P.K. Subban each had a goal and an assist for Nashville. The Predators have lost four of their last six.

Giordano's game-winner appeared to go off Forsberg's skate past goalie Juuse Saros on what he called a lucky bounce.

''We dug, stuck with it, Backlund makes a great play and he's been doing it all year,'' Giordano said. ''To get the extra one in overtime, now we feel upbeat and ready to take on the next one.''

The Flames chased goalie Pekka Rinne by scoring four goals on 13 shots. It's the second time he's been pulled in his past four starts, and Rinne went to the bench at 5:12 of the second period after giving up a goal to Hamilton. Nashville coach Peter Laviolette said he only pulled Rinne trying to energize the team.

''Whenever something broke down, it ended up in the back of the net,'' Laviolette said. ''Even the last one when Pekka came out, he had no sight lines on it. He had no vision. There was a crowd, there was a mess in front of him. The shot was perfect in the top corner, but at that point, it's just to change the game and change the momentum.''

Ferland gave Calgary a 1-0 lead within the first minute with the puck going off Nashville defenseman Roman Josi. Subban tied it up with a slap shot at 9:20 that was immediately waved off for Kevin Fiala making contact with goalie Brian Elliott. But the brief contact came outside the crease, and Nashville won its challenge to overturn the call.

The Flames quickly answered with Backlund scoring on a snap shot off a rebound at 11:00, then Ferland scored his second of the period and 10th this season for a 3-1 lead.

Forsberg started the rally with his 17th goal this season in an amazing flurry of goals in the second.

''That was an unbelievable period,'' Nashville captain Mike Fisher said.

But Backlund scored, and Elliott killed a penalty inside the final three minutes to get the Flames to overtime.

NOTES: Forsberg has three career hat tricks - the last two coming in the second period. ... Nine of the last 10 games between these teams have been decided by one goal, and five have gone past regulation with Calgary winning all five. ... Nashville has outscored opponents by an NHL-high 27 (73-46) in the second period. ... The Predators now are 20-0-5 when leading after two periods. ... Defenseman Michael Stone, acquired in a trade from Arizona on Monday, debuted with the Flames paired with Matt Bartkowski.