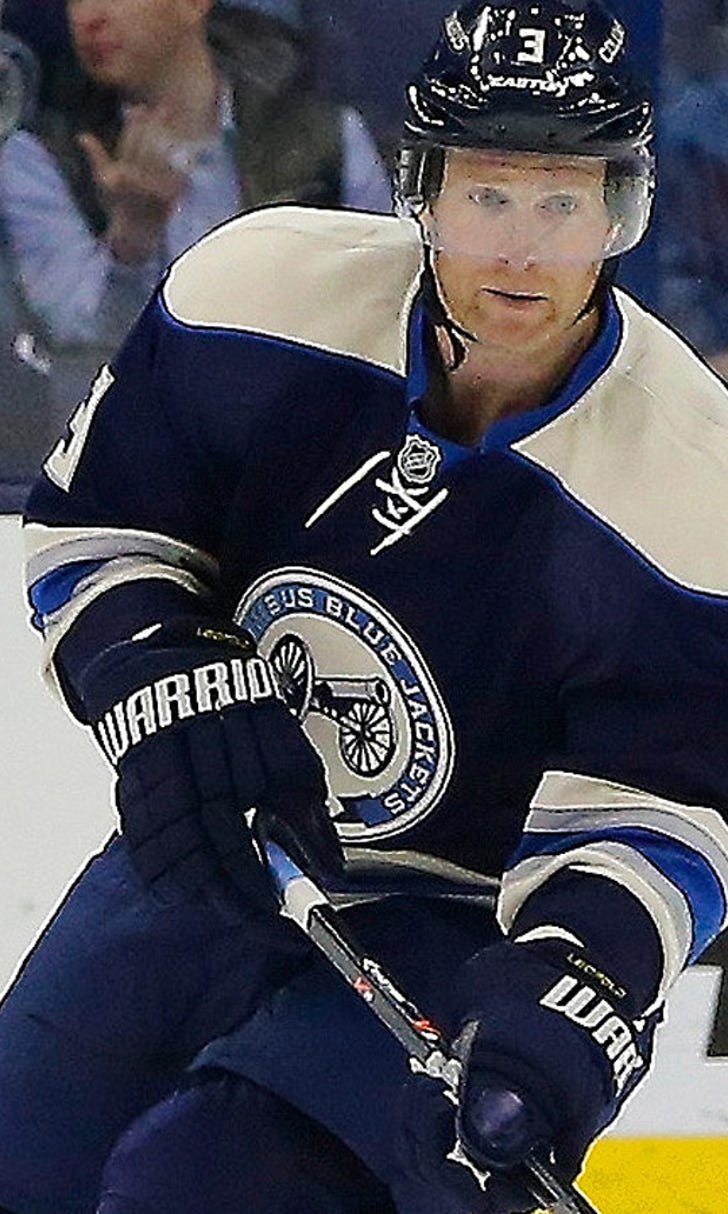 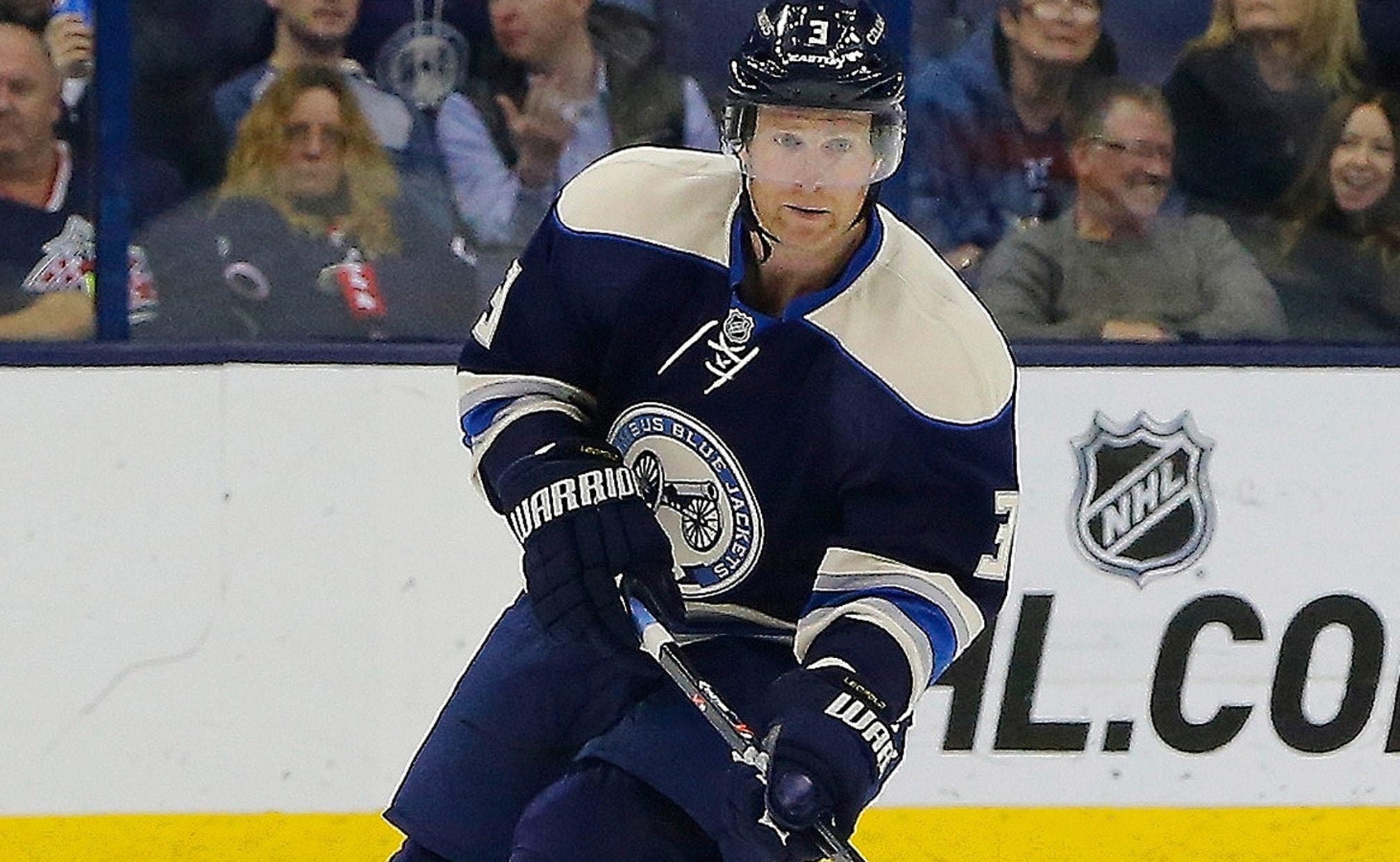 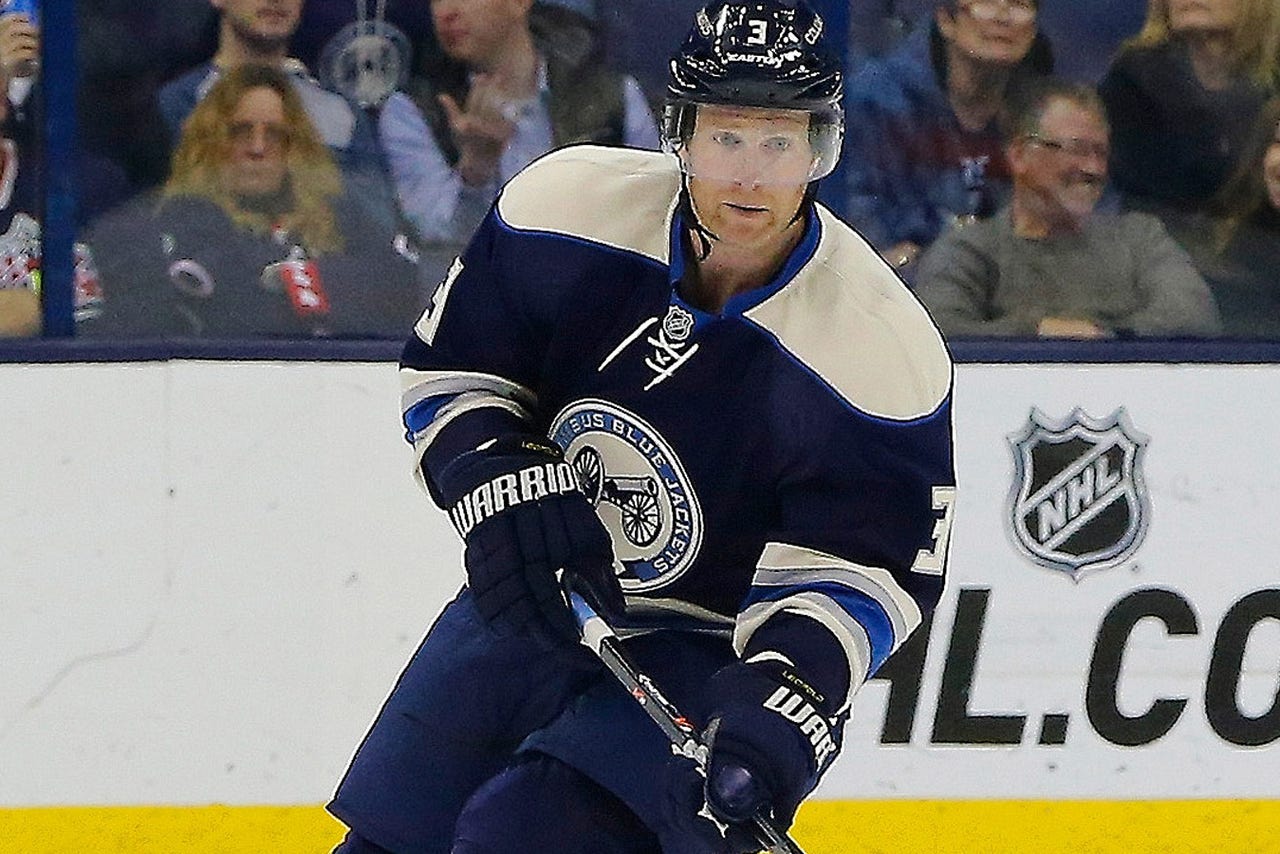 Jordan Leopold has epitomized the image of an NHL journeyman since joining the league in 2003 as a member of the Calgary Flames. Since then, Leopold has laced up his skates for the Avalanche, Panthers, Penguins, Sabres, Blues, and Blue Jackets before being traded to the Wild on March 2, 2015.

As an amateur, the Golden Valley, MN native played four years (’98-’02) for the University of Minnesota, and captained the team to a national championship in 2002.

Leopold’s nine trips to the Stanley Cup Playoffs over the course of his pro career made him an attractive option for the Wild when they decided to sign him in early March, and the club eventually brought him on board to provide some veteran leadership for their young team.

Since joining the Wild, Leopold has contributed much more than just wisdom though, and it didn’t take long for his play to catch the eye of head coach Mike Yeo. “We thought he would come in and provide some depth for us from time to time, but he’s been a full-time player for us” Yeo told Joe McDonald of ESPN in a recent report.

But perhaps the most valuable thing Leopold brought to the team upon his arrival was a sense of family, and solidarity.

Perhaps the biggest story that arose from the trade that sent Leopold to Minnesota was the letter written by his 11-year old daughter, Jordyn to the Wild front office a few weeks prior. The letter begged the organization to sign her Dad so he could be reunited with his family. So when the deal was made, things all became very surreal for the Leopolds.

While Jordan bounced around from city to city, team to team, his wife and four children remained in Minnesota. So, needless to say, Leopold has made the most out of his time playing at home by bringing his family around the rink as much as possible. His six-year old son, Kyle has quickly become acquainted with all the guys on the team, and has even achieved his own unique identity. “The joke around the locker room is Kyle will bring 20 things to the rink and leave with six” wrote McDonald.

Equipment guys are constantly finding Kyle’s stuff all over the clubhouse, and apparently have even designated an area in the locker room to house all of his forgotten items. But one item stands out from the rest.

Naturally, Jordan goes by “Leo” to the guys on the team, so one day young Kyle decided to bring a small figurine of Leonardo― the Ninja Turtle, to the rink and place it in his father’s locker; and there it would remain. “It’s a good reminder of why I’m here” Leopold said, “I just look at that thing and get sentimental a little bit. It gives me a little more purpose.”

Now, Leo and Leo travel everywhere together, and the small toy has become a team symbol of sorts.

When asked about his experience in Minnesota, Leopold insists that, “This is where I belong. This is where I should be. It’s completely an honor and I’m very humbled to be here.”

The Wild will take this message with them to the ice tonight when they face off against the Blackhawks, whom they trail in the second-round series; but if the Wild can channel their inner-Leos and practice some Leopold family values of their own, who’s to say they can’t pull off the comeback?