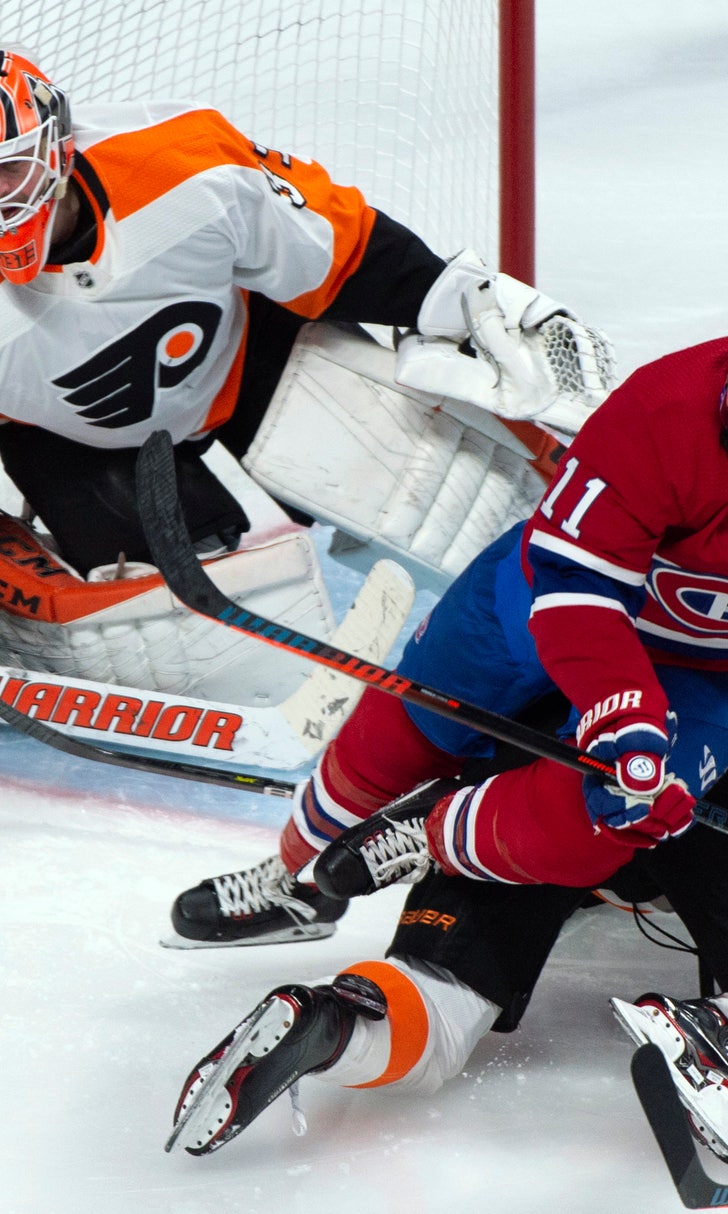 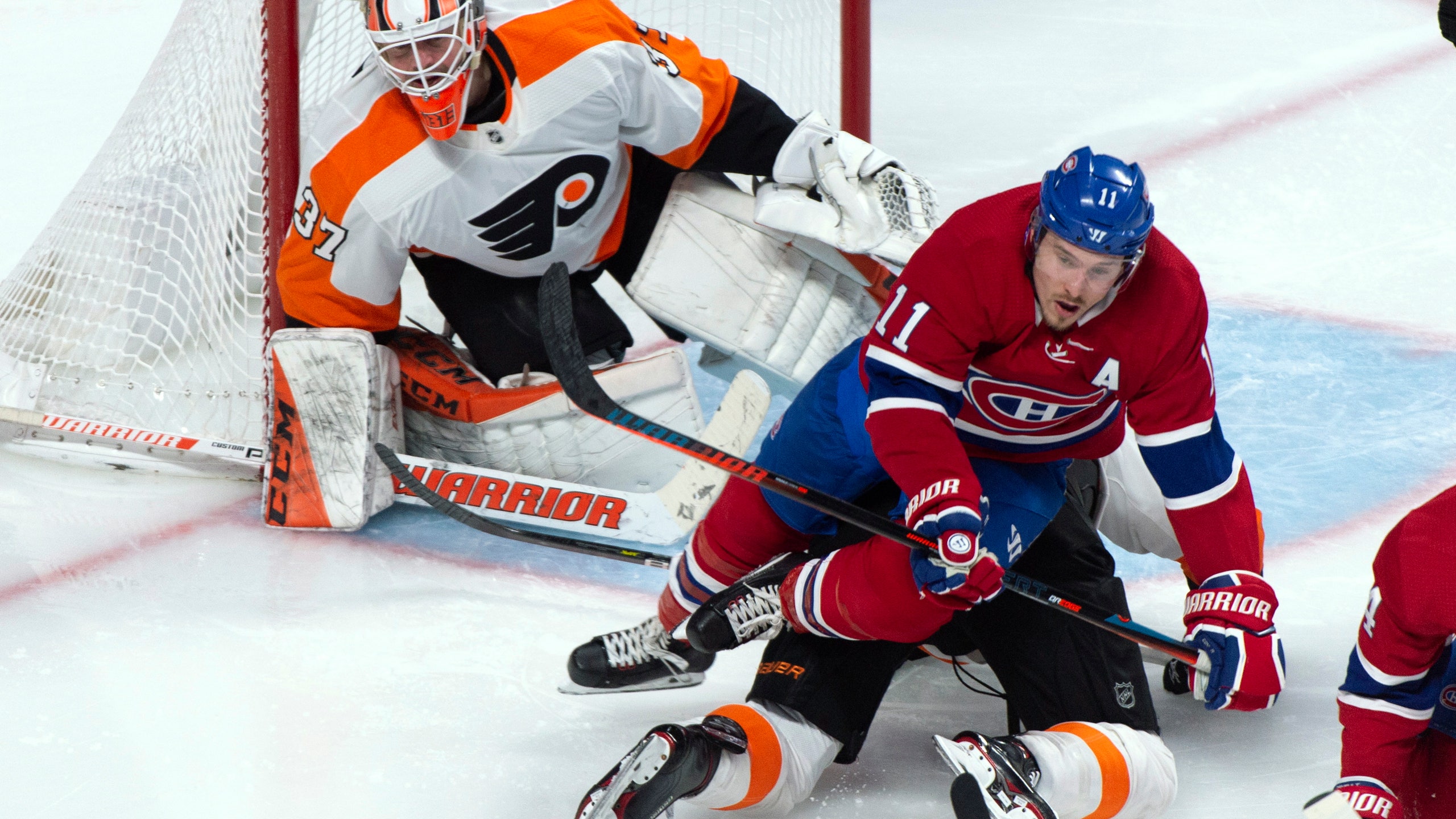 previous story
Wolves overcome Towns’ first absence, beat Knicks 115-104
next story
Dee Gordon expects to be back up to speed for Mariners

Elliott to start outdoor game for Flyers instead of Hart

Gordon told Elliott and Hart of his difficult decision before Philadelphia's outdoor practice under the lights Friday at Lincoln Financial Field. Hart said he was disappointed but hopes to respond and not let it set him back.

The Flyers' move up the standings from near the bottom of the Eastern Conference to the edge of the playoff race coincided with Hart being called up in December. The 20-year-old is 13-8-1 with a 2.79 goals-against average and .917 save percentage but has been pulled from his past two starts and replaced by Elliott.

Gordon cited Hart's recent struggles and Elliott's play in relief as reasons he went with his head over his heart in his goaltending decision. Elliott will be making his first start since Nov. 15 after missing the past three months with a lower-body injury.