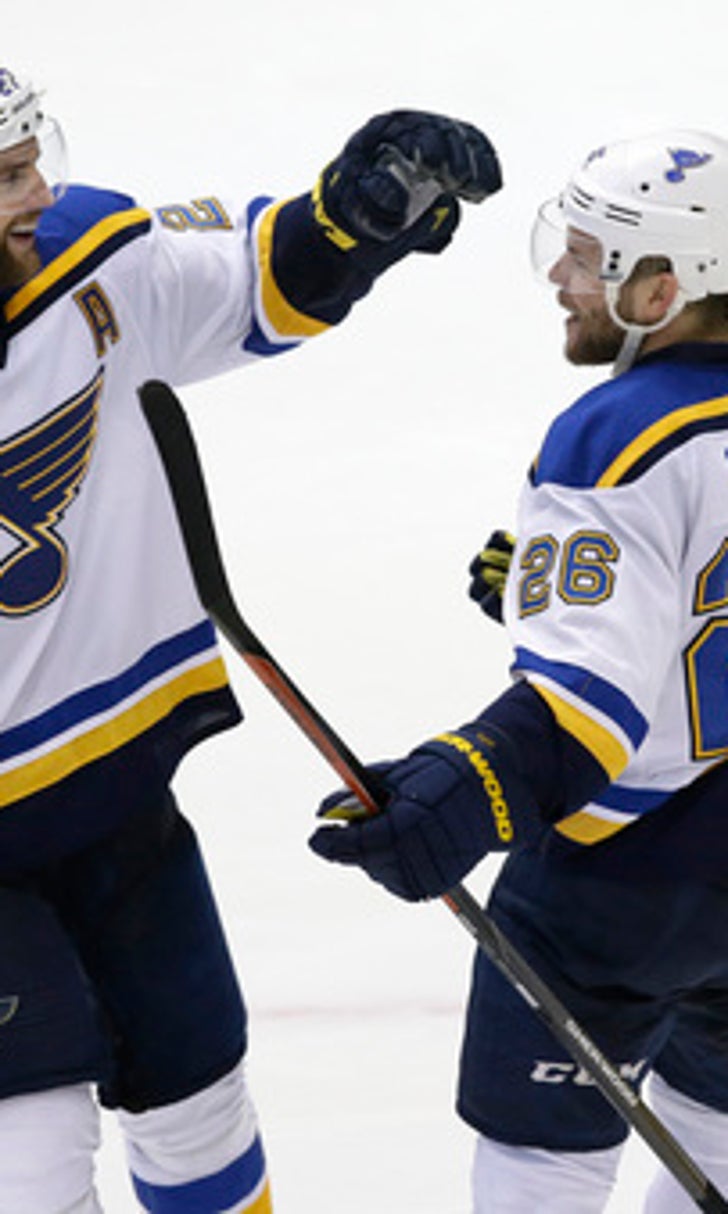 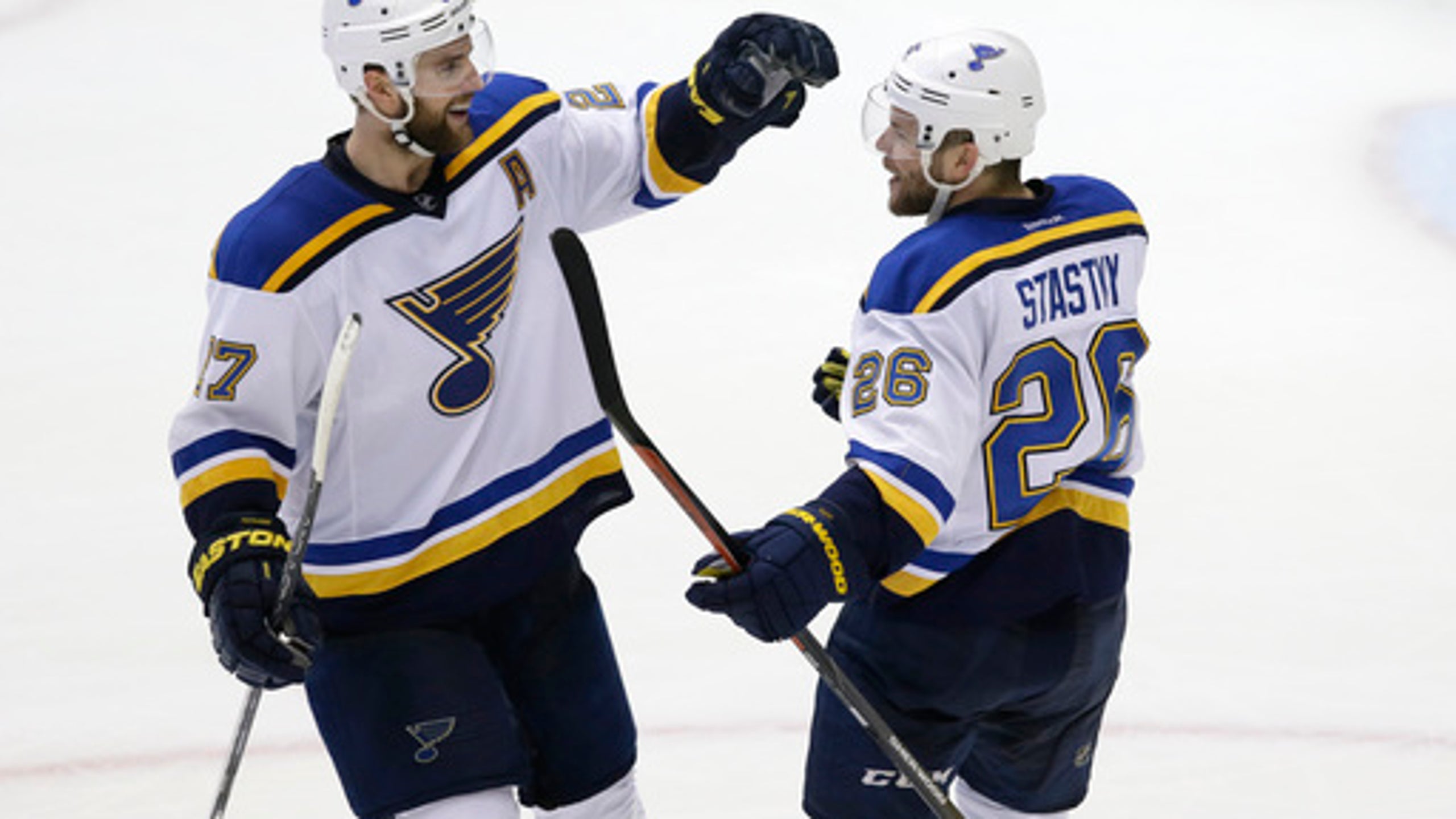 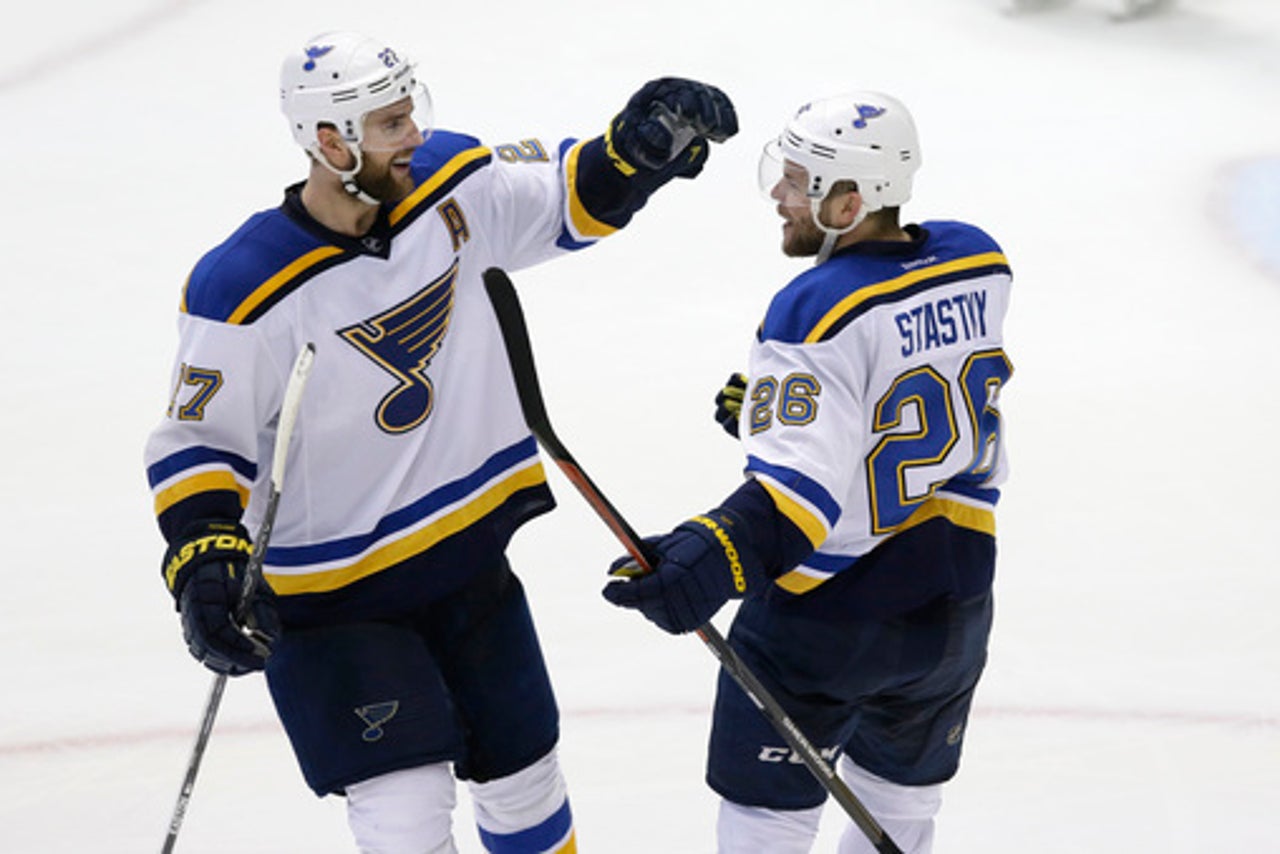 ST. LOUIS (AP) Brian Elliott's postseason play is the biggest reason the St. Louis Blues are one win away from their first appearance in the Western Conference final since 2001.

Game after game, the goalie has been handled the pressure.

Protecting a two-goal lead in Game 5 at Dallas on Saturday, the 31-year-old Elliott came up big when needed. The key stop among the 12 saves he made in the third period was thwarting Cody Eakin alone in front of the net.

''Just poised,'' forward Alexander Steen said Sunday. ''Just comes across, makes himself big, stops the puck. And it's like, it's business as usual, get the puck and go the other way.''

The Blues have played two long series and Elliott has been there all the way, giving him league highs in minutes (762:03) and saves (384) in 12 games. Elliott seized the job down the stretch of the regular season after Jake Allen was sidelined by injury, and a healthy Allen now can only watch and marvel along with the rest of the team.

After ending longstanding postseason frustration by eliminating the defending Stanley Cup champion Blackhawks in the first round, the Blues can close out Dallas at home Monday night (8 p.m. EDT, NBCSN).

Coach Ken Hitchcock cautions not to make too much of Saturday's 4-1 victory. The Blues seemingly seized control of the series with a 6-1 rout in Game 3, and then the Stars bounced back with an overtime victory in St. Louis to tie the series at two games.

St. Louis has had standing-room crowds throughout the playoffs. Still, the road team has won two straight and three of five in the series.

The Blues are at their best with relentless forechecking and physical play counteracting a faster opponent. The Stars aren't likely to panic, realizing they dictated much of the pace in Game 5, but lacked favorable bounces.

''We pretty well played close to our best game, we just didn't finish,'' Stars coach Lindy Ruff said Sunday. ''There's some puck luck in the game and they had all the puck luck.''

Hitchcock got mileage out of a few lineup changes and juggling lines early on in Game 5, but made no promises about sticking with a winning combination. Dmitrij Jaskin stepped up in his first game of the postseason, showing great hands on a second-chance goal and gives St. Louis more skill than agitators Ryan Reaves and Steve Ott.

''Everything is from feel, how I feel when I get up in the morning or think it through tonight when I get rid of you folks,'' Hitchcock told reporters. ''I don't rest on keeping every routine the same.''

Dallas forward Tyler Seguin (lower body) isn't making the trip to St. Louis, although forward Patrick Eaves (leg) could return for Game 6 after missing four games. Ruff has scratched Colton Sceviour, who got the lone goal in Game 3, in the past two games preferring a larger lineup to counteract the Blues.

After an eighth flight between Tennessee and California and about 15,000 miles of travel this postseason, the Predators find themselves in familiar territory.

They come home trailing a series 3-2, needing a win in Game 6 at home to force a seventh game in San Jose if they want to advance to the Western Conference final for the first time in franchise history.

While the task seems formidable, Nashville did it in the first round when the Preds won the final two games to eliminate Anaheim in seven games for their third postseason series win ever.

''We've been in this position before,'' defenseman Ryan Ellis said. ''Backs against the wall. It usually brings out the best in people.''

The Predators did little well in a 5-1 loss in Game 5 in San Jose, appearing worn down from the grueling postseason travel and the triple-overtime Game 4 win in Nashville that had tied the series.

San Jose had more energy and used superior depth to wear down the Predators with its most complete game of the series.

One more performance such as that could put the Sharks in the Western Conference final for the first time since 2011, just a year after missing the playoffs.

''It's always tough to put a team away, especially in their building,'' center Logan Couture said. ''They play really well there. It's a loud building. Their fans are into it and they feed off that energy. We have to start and focus on the first five to 10 minutes in their building and build from there.''