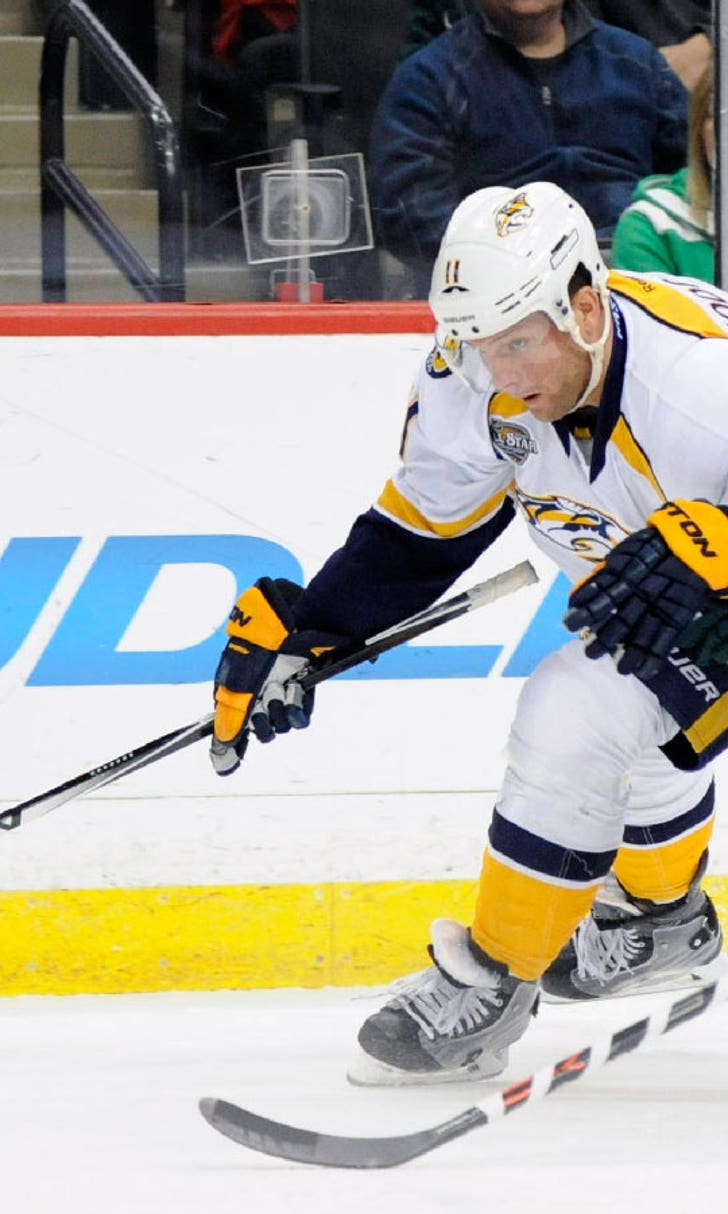 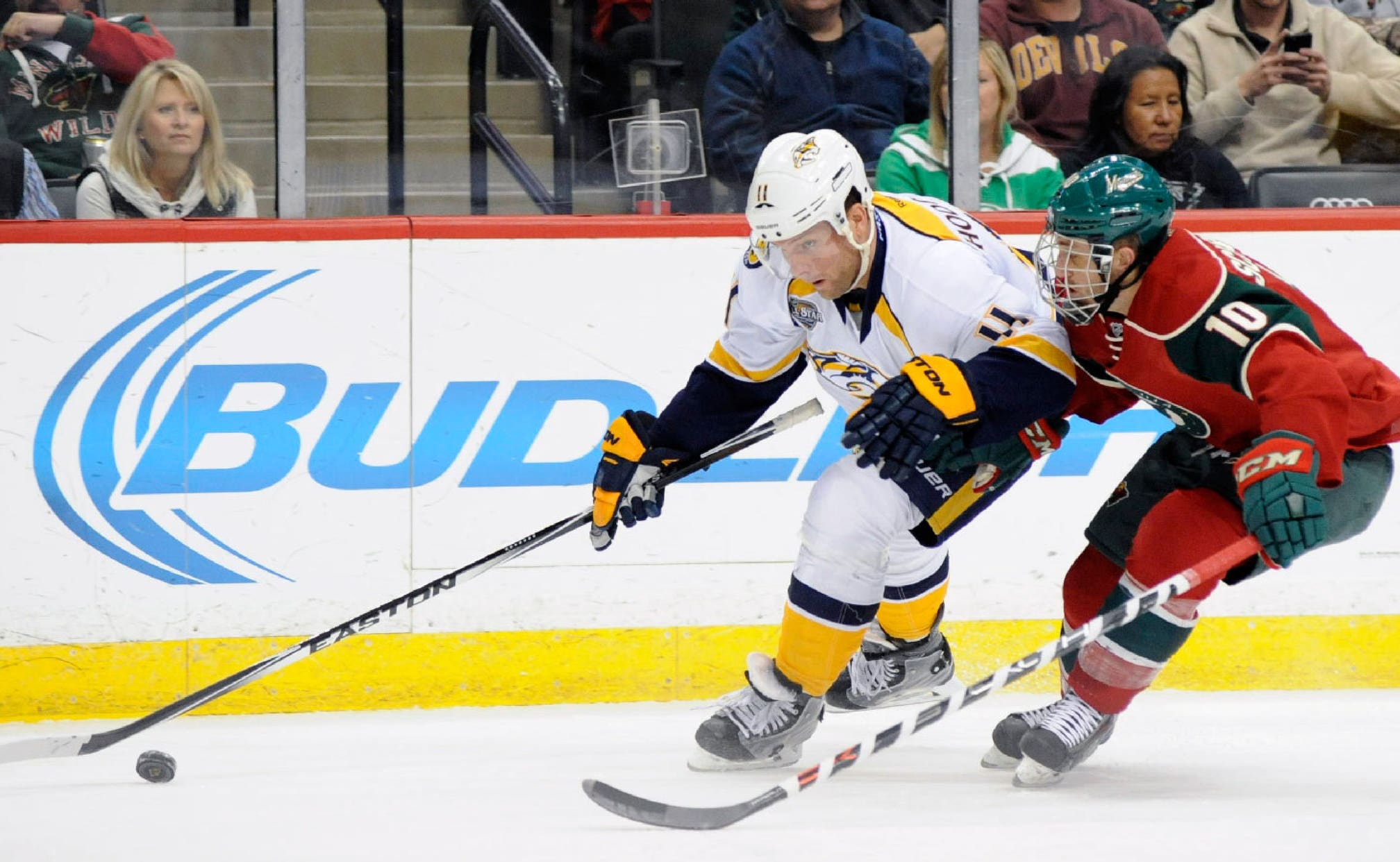 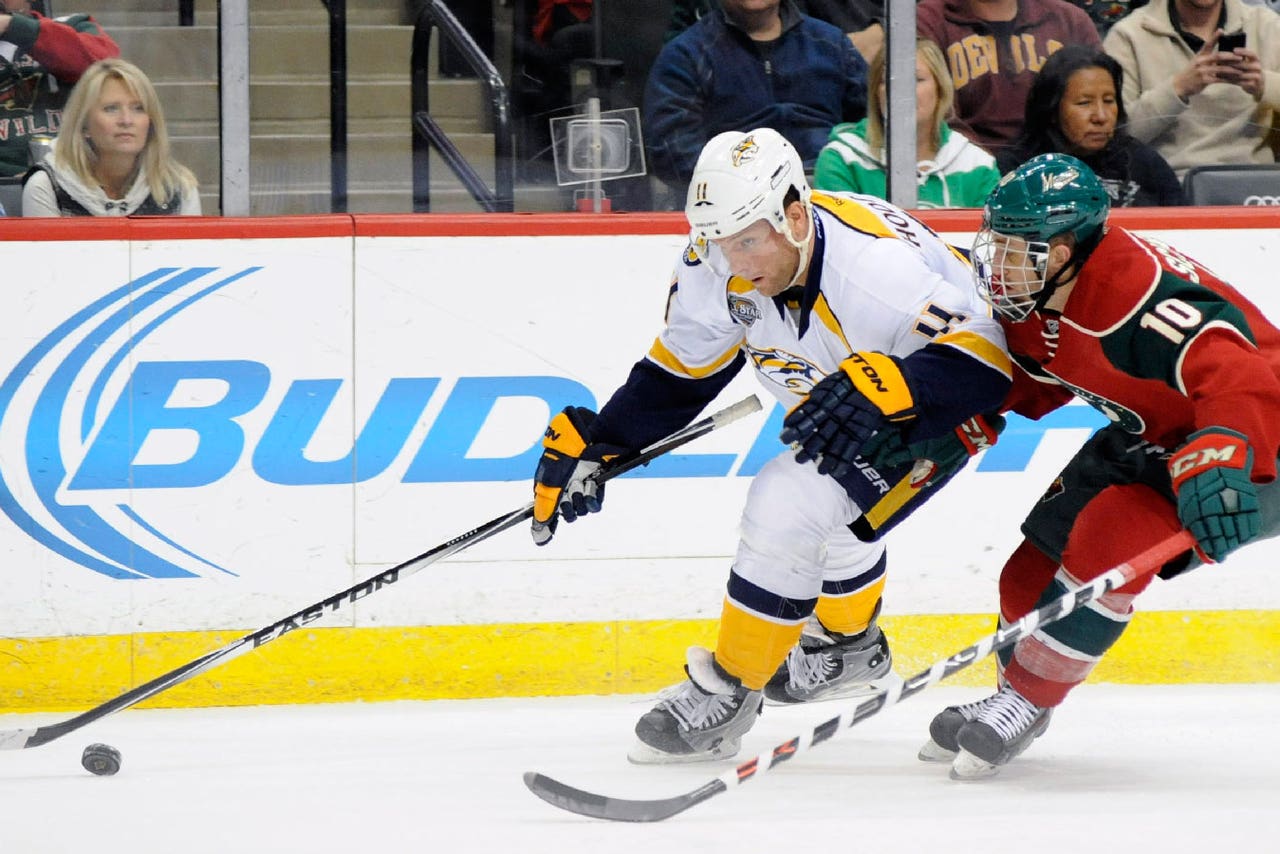 Unfortunately for Neal, Dubnyk wasn't in a joking mood after Neal knocked out Wild star Zach Parise earlier this season.

Dubnyk made 23 saves for his third shutout of the season and Ryan Suter had a goal and two assists against his former team, leading Minnesota to a 4-0 victory.

"He told me that he hopes I don't get a shutout; I imagine you don't, you're on the ice," Dubnyk said of the interaction. "I went golfing with him this summer. I still didn't really want to be laughing with him. I don't really like, obviously, what he'd done to Zach."

Neal was involved in a collision with Parise on Nov. 5 that sidelined the Minnesota forward with a sprained MCL. Parise skated with the Wild on Saturday morning, but missed his seventh straight game.

A testy game between Central Division foes featured two fights, numerous altercations and a 10-minute misconduct against Nashville's Mike Ribeiro. Many times it was the Predators, who have been outscored 8-0 the past two games, instigating the exchanges.

Suter said he didn't feel there was carry-over from the previous meeting when Parise was injured, but the loss of their leading goal scorer was still on the Wild players' minds.

"To see guys dropping their gloves out there, obviously you never expect them to, but it shows how we feel about what he did to our best player," Dubnyk said. "It's important just for the symbolic part of it, that guys are going to go out and fight for each other."

Suter, who left Nashville in 2012 when he teamed with Parise to sign matching 13-year contracts with Minnesota, scored his first career goal against the team he played for his first seven NHL seasons. He opened the scoring with a power-play goal in the first against Pekka Rinne. It was the first time in five games the Wild had scored first.

"As soon as that went in that was a lot of relief for our team," Suter said. "We had been chasing and I think that's what's taken away from our structure and the way that we were used to playing. To get the first goal was important."

Rinne made 23 saves, but Nashville was again undone by numerous trips to the penalty box.

The Predators have been short-handed 29 times in the past eight games. They had killed their past 13 penalties before Suter's goal.

"We keep talking about it," Predators defenseman Shea Weber said. "A lot of your best players kill penalties and when they kill penalties the whole game they can't do offensive things. I don't know how long we can sit here and talk about it until we actually start doing something."

The Wild were 2 of 4 on the power play as Nashville accumulated 30 penalty minutes. Mikael Granlund, Jonas Brodin and Thomas Vanek also scored for Minnesota.

NOTES: Suter has 12 points in 15 career games against Nashville. ... Nashville forwards Eric Nystrom and Paul Gaustad returned to the lineup. Nystrom had missed eight games with an upper-body injury. Gaustad missed five games with a lower-body injury. ... Wild captain Mikko Koivu became the second player in team history to reach 700 games played with Minnesota. Nick Schultz played 743 games. ... Predators F Colin Wilson lost the entire bottom part of his skate during the first period. Wilson skated back to the bench with only the boot portion left. The white base which holds the blade had come off.