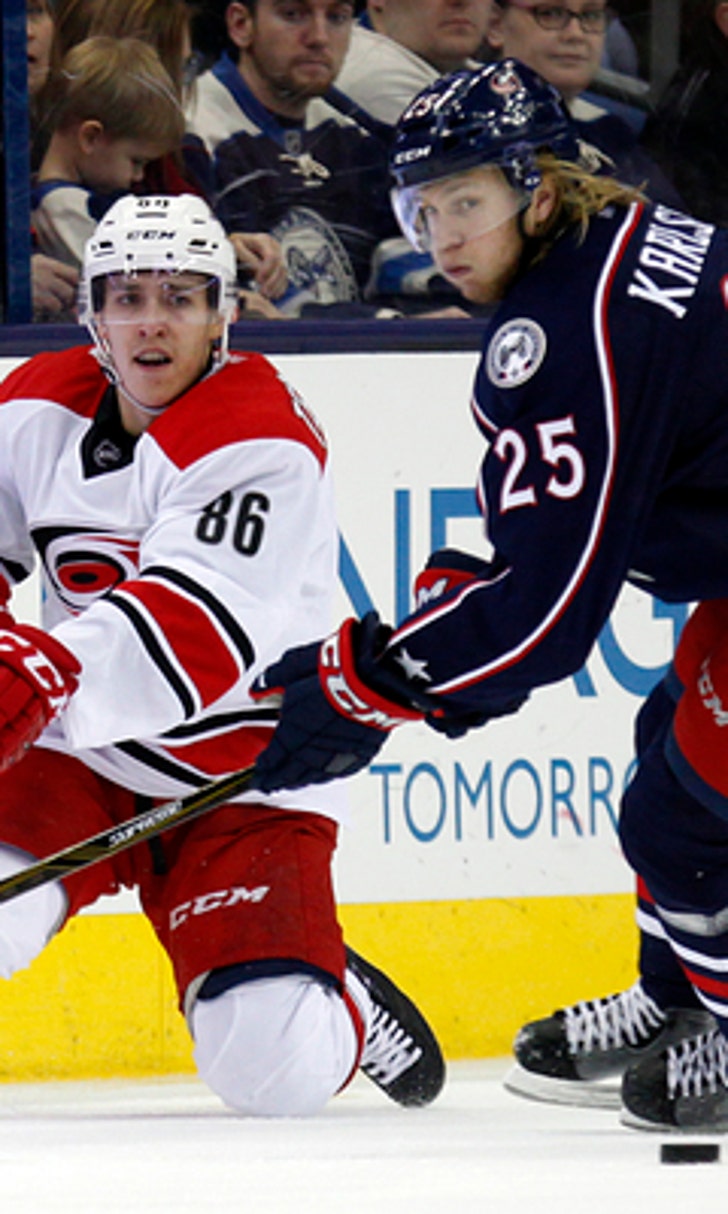 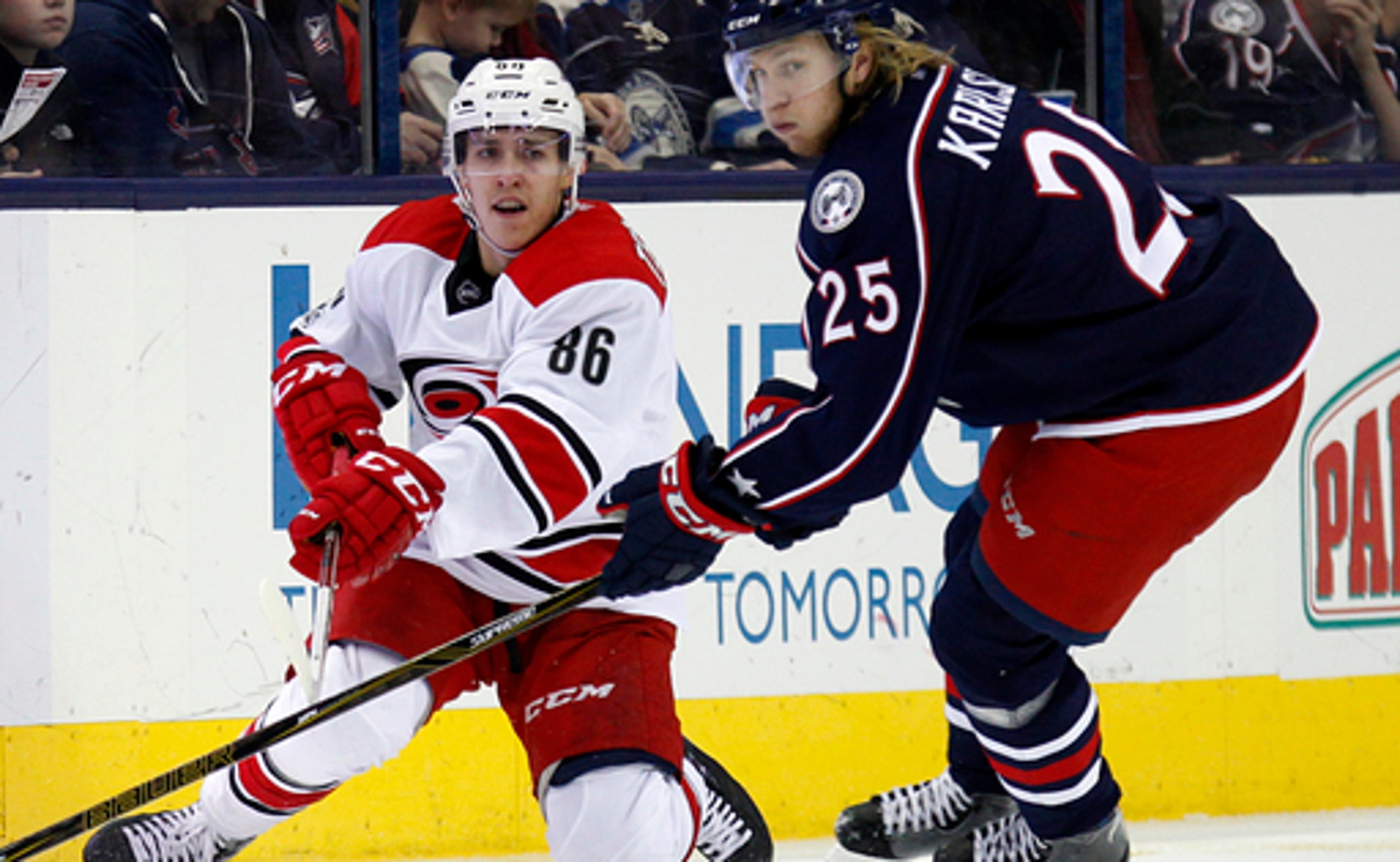 COLUMBUS, Ohio (AP) Brandon Dubinsky hadn't scored a goal since Dec. 9 at Detroit, a 17-game stretch during which he had chances but couldn't find the back of the net. The drought ended Tuesday night, maybe helping Columbus end a team-wide lull in the process.

Dubinsky scored in the second and third periods, Boone Jenner had a goal and an assist and the Blue Jackets beat the Carolina Hurricanes 4-1.

The Blue Jackets got their third win in seven games since ending a 16-game winning streak and pulled even with Washington atop the unforgiving Metropolitan Division.

''We wanted to reset for sure,'' Dubinsky said. ''We haven't played that well, obviously, in the last six or so games. We wanted to get back to the way we play.''

Lukas Sedlak also scored for Columbus, and Ryan Murray and Cam Atkinson had a pair of assists each. All-Star Sergei Bobrovsky returned after missing the past three games because of illness and made 24 saves for Columbus.

Sebastian Aho scored for the Hurricanes, who ended a four-game winning streak. Cam Ward was pulled after allowing four goals on 19 shots, and Alex Nedeljkovic stopped all 17 shots in his first NHL appearance.

''They won most of the individual battles, a lot of the puck battles,'' Carolina coach Bill Peters said. ''Their puck support was there quicker than we were, so I just thought we lost a lot of battles in all three zones.''

Carolina got on the board first with less than two minutes left in the first period when Aho took a pinpoint pass from Teuvo Teravainen just to the right of the net and knocked it past Bobrovsky.

That seemed to uncork the Blue Jackets, who answered with two goals in 35 seconds to close out the period. First Jenner swept the puck in from 8 feet while skating across the front of the net and sprawling on the ice. Then Dubinsky snapped one past Ward from the right circle to make it 2-1 at the break. Columbus outshot Carolina 15-9 in the period.

Dubinsky struck again less than four minutes into the second period, lifting a 53-foot wrist shot from the right board over Ward's shoulder, with Jenner picking up his second assist.

At 9:16 into the second, Sedlak was in position in front of the cage to put back Sam Gagner's shot that bounced off Ward's glove. Ward was promptly pulled.

''We could have been a little bit better in the start, but I think we got our legs and we played the right way for about the last 50 minutes or so of the game,'' Dubinsky said. ''(In) the third period, as we have most of the year, we locked it down and I thought we controlled the play and really limited them on anything they were going to get.''

NOTES: Dubinsky's goals were his fourth and fifth of the season. ... Carolina is 1-1 against the Blue Jackets this season. The teams play again Saturday in Columbus. ... Nedeljkovic, who was recalled from Charlotte of the AHL on Monday, grew up the Cleveland suburb of Parma, about two hours from Columbus. ... The Blue Jackets say D Markus Nutivaara is out indefinitely with an unspecified injury. He has two goals, five assists and a plus-4 rating in 42 games. Scott Harrington took his place. ... Columbus is 17-2-1 in their last 20 games at Nationwide Arena. ... Cam Atkinson got his 100th career assist on Jenner's goal.