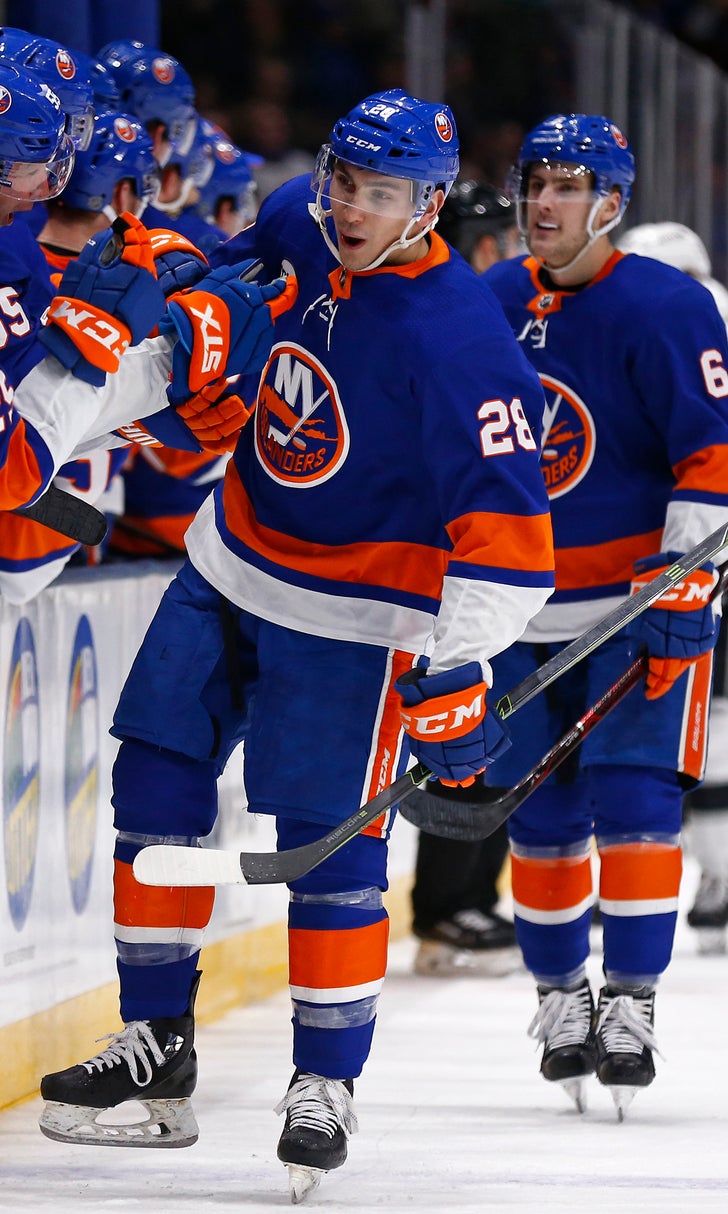 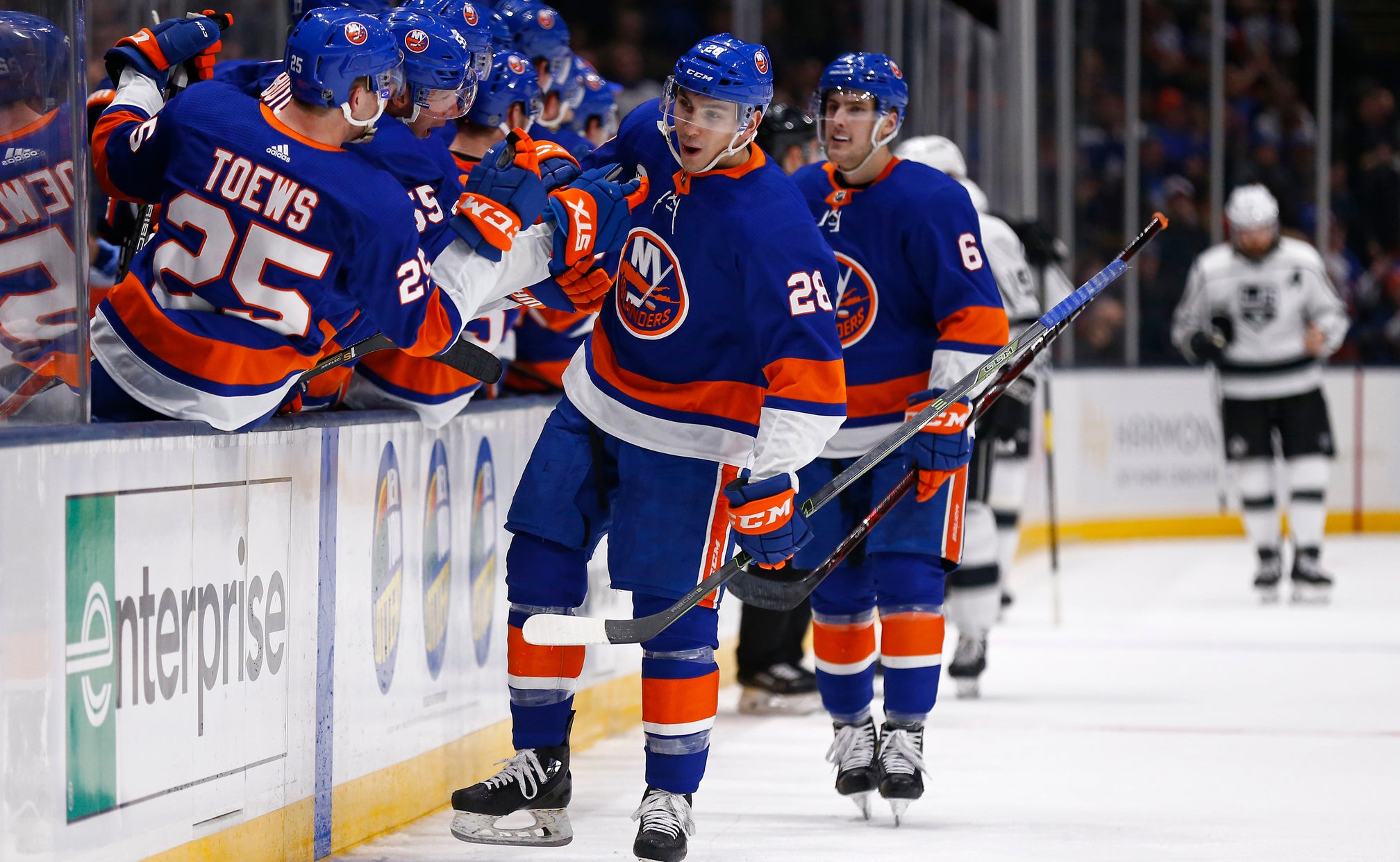 Michael Dal Colle got the tiebreaking goal as the Islanders scored three times in less than five minutes late in the third period to rally for a 4-2 win over the Los Angeles Kings on Saturday night.

Casey Cizikas, Mathew Barzal and Brock Nelson also scored to help New York stretch its point streak to eight games (6-0-2) and increase their lead atop the Metropolitan Division to four points over Washington and Pittsburgh.

"If you don't show up to work in this business you're not going to have success," Trotz said. "It's still a workman's league. You still have to put the work boots on."

Ryan Pulock had assists on each of the third-period goals and Robin Lehner stopped 34 shots.

Dal Colle's goal was the second of his career — with both coming this season and both standing as game-winners. Trotz likes how the fifth overall pick in the 2014 draft has meshed with and veteran linemates Leo Komarov and Valtteri Filppula.

"That line is effective," Trotz said. "You don't look at the numbers. You look at the intangibles. ... Those are the things analytics can't describe but only a room can."

Anze Kopitar had a goal and an assist, Ilya Kovalchuk also scored and Dustin Brown had two assists for Los Angeles. Jonathan Quick finished with 28 saves.

The Kings took a 2-1 lead with 6:45 left in the third as Brown's shot from the slot deflected off Kovalchuk's skate and through Lehner's legs.

However, Barzal tied it just 31 seconds later as he scored from the right side off a pass from Pulock for his 15th.

Dal Colle then put the Islanders ahead when he deflected Pulock's point shot past Quick with 2:23 left and Nelson's empty-netter 52 seconds later sealed the win and ended the Islanders' two-game skid (0-0-2).

"We actually played (well) for 55 minutes. I think that was one of our better efforts, quite honestly," Brown said. "We just kind of lost the intensity there for a few minutes and they found a way to get a go-ahead goal late. (It's) something we just have to take positives from. (I) think we played really hard for the whole game, but those details are the difference between winning and losing."

The second — and final — meeting of the regular season between the Metropolitan Division leaders and the last place team in the Pacific had a playoff feel throughout. Even though Los Angeles outshot New York 36-32, most of the shots were from the outsides as both teams were conscientious of surrendering the slot and prime scoring areas.

The Kings tied it 1:58 later as Kopitar tapped a cross-ice feed from Alex Iafallo past Lehner for his 15th.

Lehner and Quick then matched each other save-for-save until the final 7 minutes of the game.

Lehner had three saves on Kovalchuk; first on a one-timer from the left circle on the power play, with a diving save late in the second, and finally gloving a slap shot during a Kings man advantage early in the third.

"He played awesome, again," Islanders defenseman Johnny Boychuk said. "He's been playing awesome all year. Both our goaltenders and they'll have to continue to do that to have success."

Quick made three sprawling saves on an Islanders power play in the first, and in the second he dove to stop Devon Toews' shot from the slot.

The Kings' goalie also benefited from his equipment as his mask stopped Cal Clutterbuck's shot with 1:15 left in the second, and Carl Hagelin's backcheck snuffed out an Islanders 2-on-1 midway through the third to keep the game deadlocked at 1-all.

Kings: At the New York Rangers on Monday night in the second of a season-high six-game trip.

Islanders: At Boston on Tuesday night.