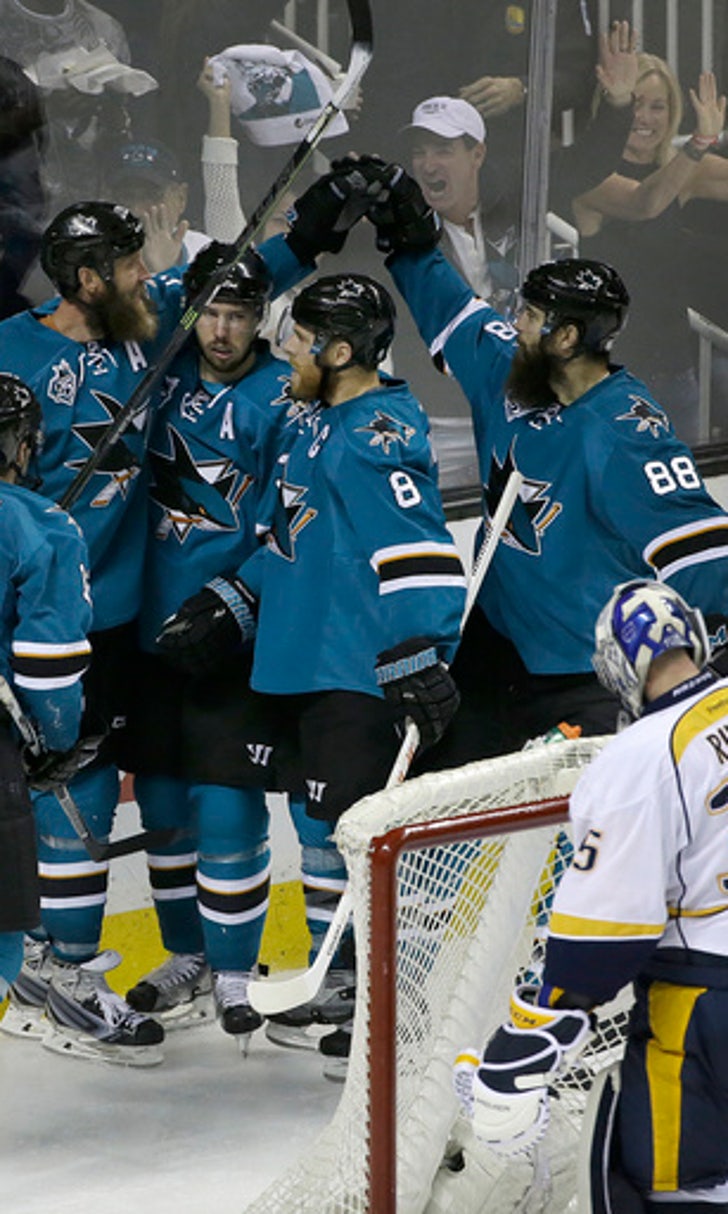 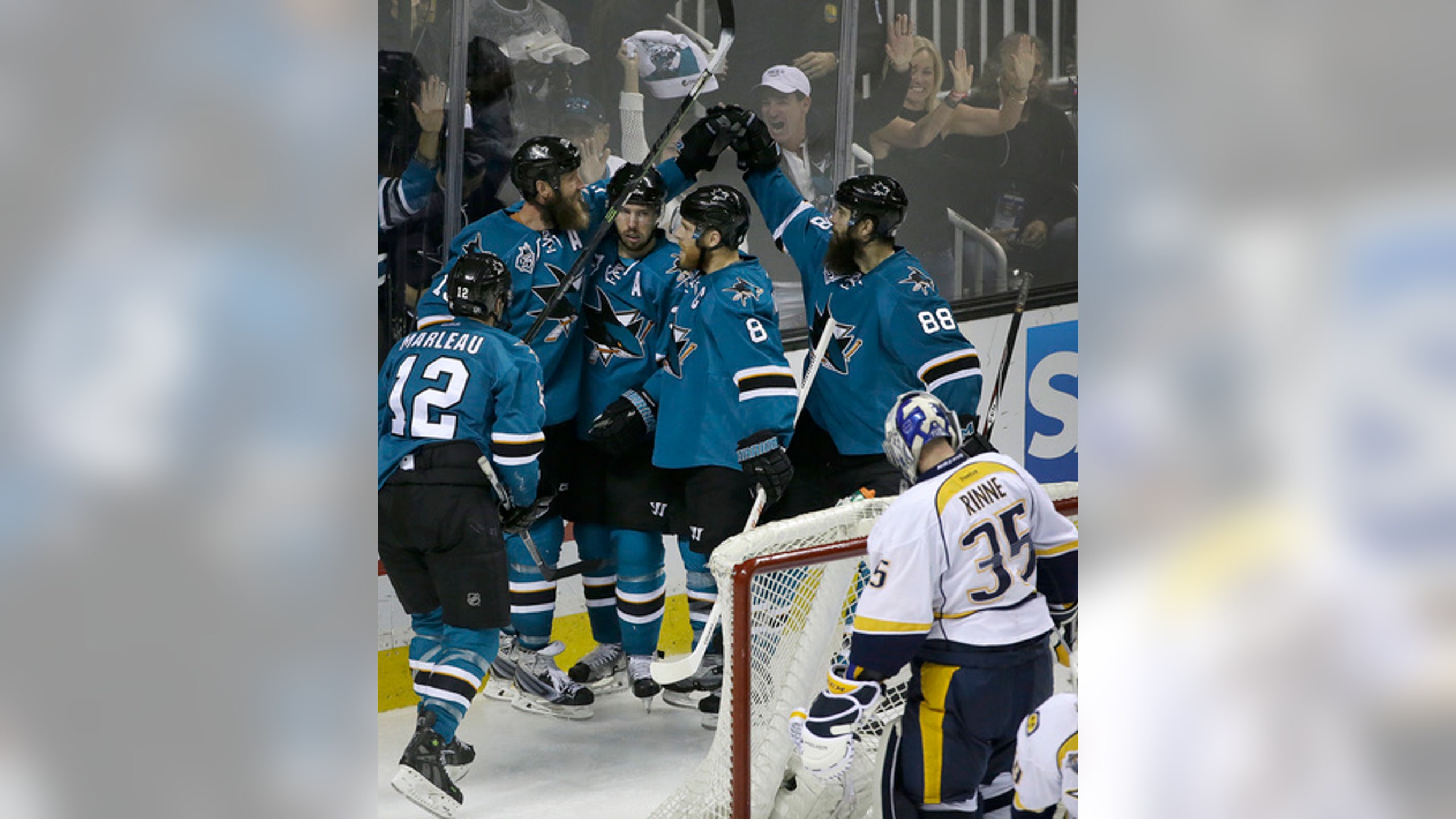 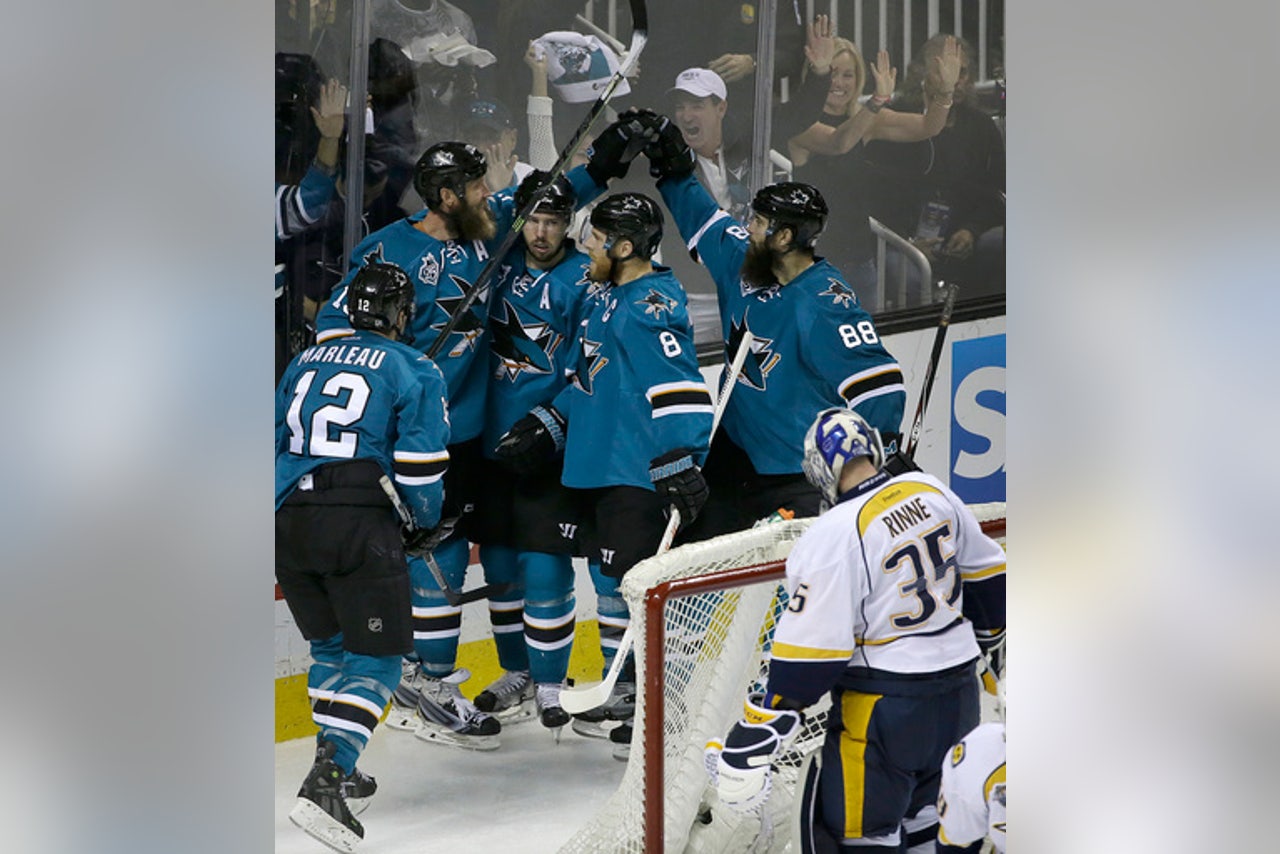 SAN JOSE, Calif. (AP) One of the playoff-success challenged franchises in St. Louis and San Jose will play for the Stanley Cup this season.

The two teams that have enjoyed loads of regular season success followed by annual playoff disappointment will meet in the Western Conference final starting Sunday with the winner advancing to the Stanley Cup final.

Each of the 56 previous playoff appearance for the two teams have ended with a loss - often times a crushing one.

''I don't try and live in the past for this franchise or for the San Jose franchise,'' Blues general manager Doug Armstrong. ''I don't think any of the young players on San Jose care about what happened five, six years ago for them and I know Troy Brouwer and (Kyle) Brodziak and these guys don't care what happened here two years ago or in `01-02. This is our team, this is their team, they're going to chart their own destiny and they're doing a great job.''

The Blues have made the playoffs 40 times in their 48-year history - more than any team outside the Original Six - but they have yet to win it all while much younger franchises like Tampa Bay, Carolina and Anaheim have won the Cup.

The Sharks are in the postseason for the 18th time and despite having the second most regular seasons wins in the NHL since the start of the 2003-04 season, they have never made it past the conference final. In three trips to this round, San Jose has three wins and 12 losses.

''These opportunities don't come along every year,'' forward Patrick Marleau said. ''We want to win a Cup. We haven't done that yet. There's a lot of work left.''

Here's a look at some of the biggest postseason disappointments for both franchises:

REVERSE SWEEP: A year after losing a seven-game series in the second round to rival Los Angeles, the Sharks broke out to a 3-0 series lead over the Kings in the first round in 2014. San Jose then lost four straight games to become the fourth NHL team ever to blow a 3-0 series lead. The pain from that defeat lasted and the Sharks didn't completely recover until this season, missing the playoffs entirely last year.

MIRACLE ABORTED: After powerhouse Edmonton got knocked out by Calgary in 1986, the door was open in the conference finals for the Blues. St. Louis staged a memorable comeback in Game 6, rallying from a three-goal deficit in the third period before winning in overtime in what is known as the ''Monday Night Miracle'' to force a seventh game. But the Flames bounced back and won 2-1 at home to deny St. Louis a trip to the final.

PRESIDENT'S TROPHY: The Sharks were the top team in the league in 2008-09 in the first year under coach Todd McLellan and looked poised to make a long playoff run after three straight second-round exits since acquiring Joe Thornton. But they ran into an Anaheim team that was two years removed from a Stanley Cup title and had a hot goalie in Jonas Hiller. Despite outshooting the Ducks by more than 12 shots a game, San Jose lost the first two games at home and fell in six games.

2-0 AND OUT: In both 2013 and 2014, the Blues jumped out to 2-0 series leads in the first round over powerhouses Los Angeles and Chicago, respectively. Just when it looked St. Louis was ready for a long run, the Blues followed with four straight losses each series, raising questions about their playoff toughness. Six of the eight losses were one-goal games, with three of the defeats coming in overtime.

BLOWN CHANCE: The early season 2005-06 trade for Thornton helped the Sharks shake off a poor start and grab the fifth seed in the Western Conference. When the top four teams all lost in the opening round, the Sharks suddenly turned into the favorite. They seized that role and won the first two games of their second-round series against eighth-seeded Edmonton before losing Game 3 in triple overtime. San Jose never won again, getting outscored 14-6 in the final three losses.

THREE SWEEPS: The Blues made the Stanley Cup final in each of their first three seasons as the top team in the NHL's expansion division. That success quickly ended when St. Louis matched up in the final against one of the league's established powerhouses. The Blues were swept by Montreal in 1968 and `69 and then Boston in 1970 in a series best remembered for Bobby Orr flying through the air after his Cup-clinching overtime goal in Game 4.