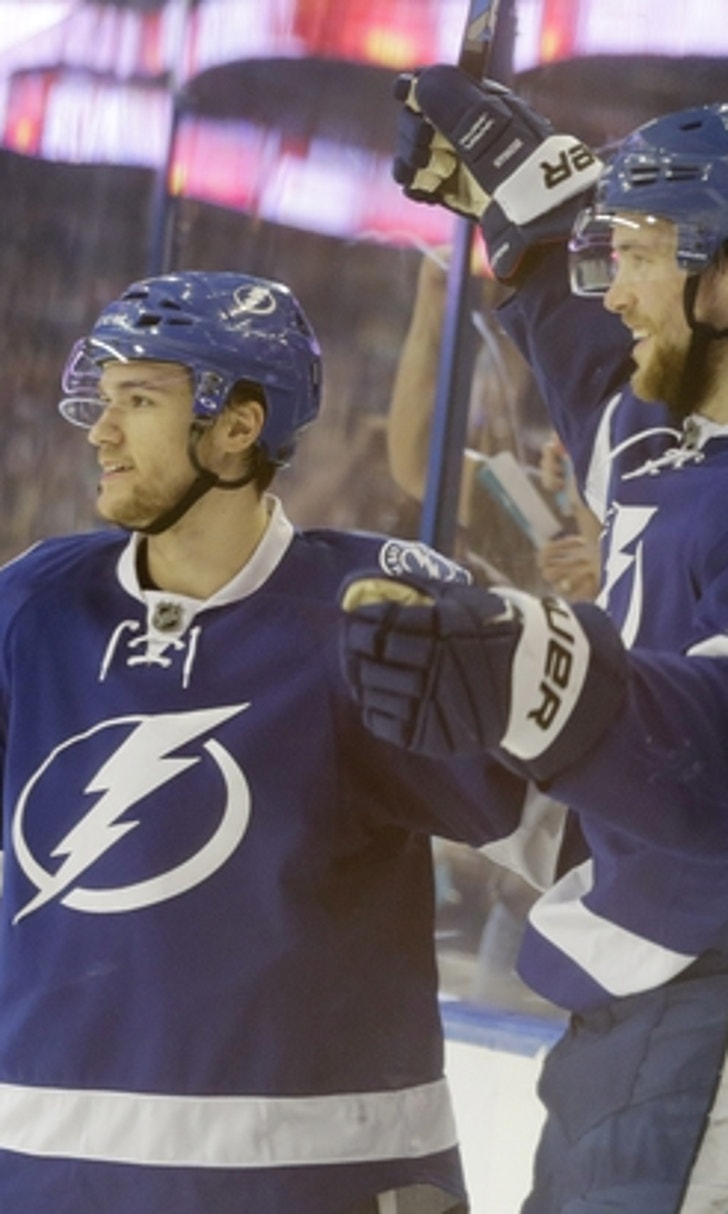 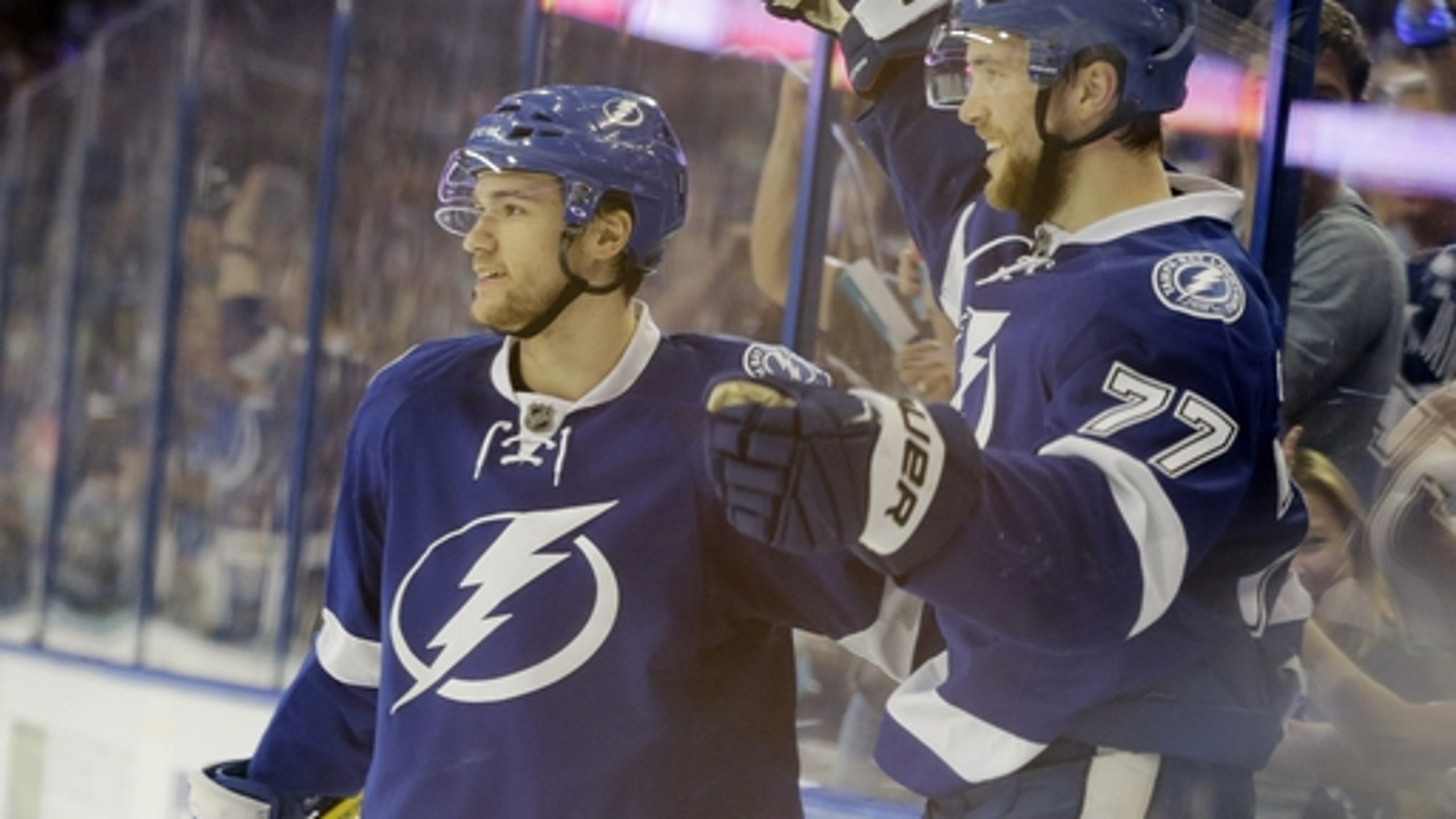 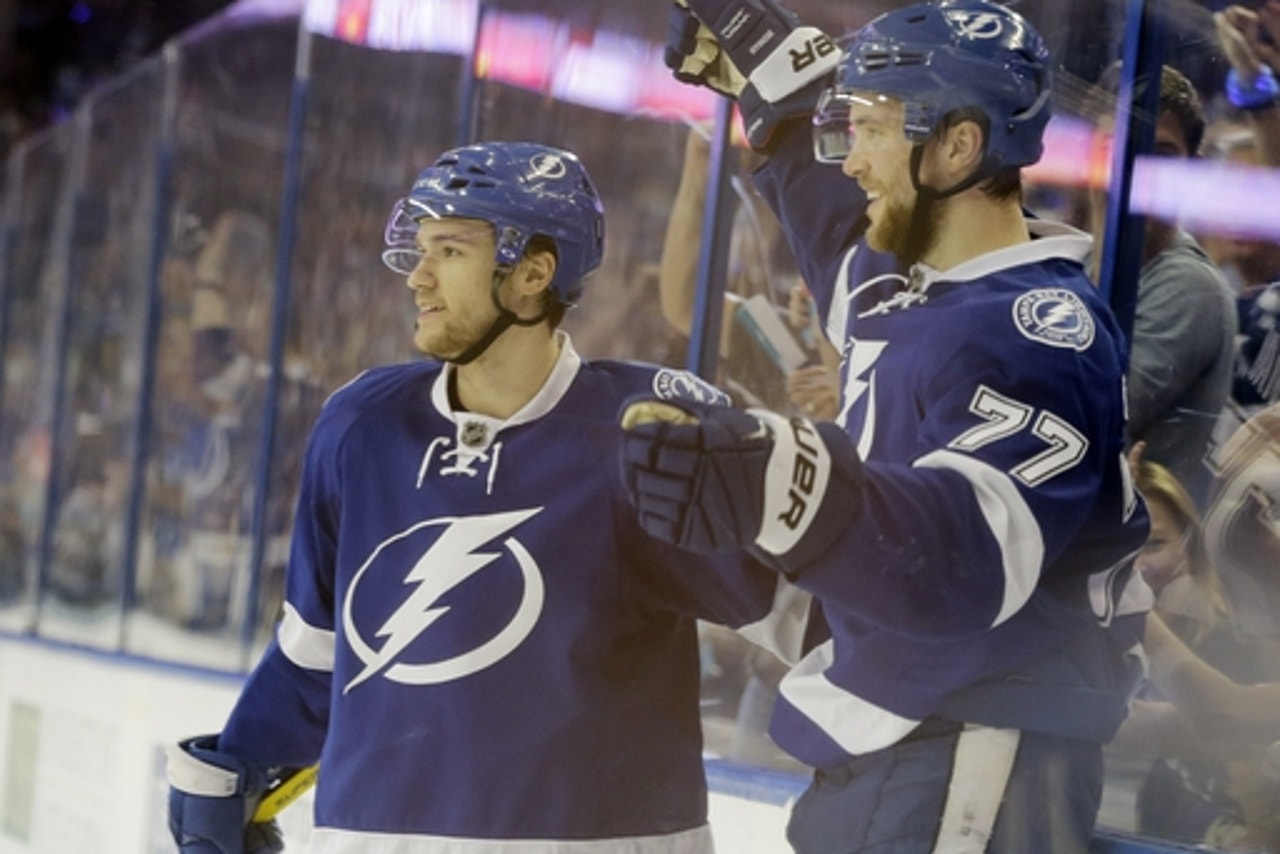 With Ben Bishop, Nikita Kucherov and Victor Hedman leading the way, the Lightning are back in the Eastern Conference final again after defeating the Detroit Red Wings and New York Islanders in the first two rounds.

And, they've done it by dispatching of each opponent in five games while playing without injured star Steven Stamkos and defenseman Anton Stralman.

One of the team's ambitions is to extend the season long enough for Stamkos (surgery for a blood clot near his right collarbone) and Stralman (broken left leg) to be able to play again.

''I'm not surprised. Did I ever think that we'd get to the third round in 10 games, not a chance especially against the two opponents we played,'' coach Jon Cooper said after Sunday's 4-0 victory over the Islanders closed out the second-round series.

''Do I completely believe that we have a team that can advance, no question,'' Cooper added. ''But, you've got to have a special group to weather the storm. I'm sure there's not a lot of people - when we entered the playoffs - checking our box to move on. Everybody in that (locker) room checked the box.''

Hedman scored twice, Kucherov had his NHL-leading ninth goal this postseason, and Bishop stopped 28 shots Sunday as the Lightning advanced by winning four straight after dropping the series opener at home.

Tampa Bay also eliminated Detroit in five games in the opening round, making the Lightning 2-0 in close-out situations this postseason.

''I think we learned last year we had a couple of series where we had chances to close (opponents) out at home and we kind of let them slip,'' Bishop said. ''We really wanted to take pride in closing teams out this year.''

The Lightning will face either the Pittsburgh Penguins or Washington Capitals in the East final. The Penguins lead that second-round series 3-2, with Game 6 Tuesday night in Pittsburgh.

''Back to back, it's pretty impressive what our guys have done,'' Cooper said. ''Once you get there, you want to get back. I'm really impressed with our drive. We didn't play perfect playoff games every time, but we're getting contributions from everybody in the lineup. If you want to win, you need that.''

The 6-foot-7 Bishop earned his fifth career playoff shutout, fourth in the deciding game of a series. He blanked Detroit 1-0 in Game 5 to end that matchup and won two Game 7s without allowing a goal to help Tampa Bay reach the Stanley Cup final last year.

Tampa Bay defeated the New York Rangers in last year's conference final. Experience gained during that run has been invaluable this postseason.

And with Bishop playing like a Vezina Trophy finalist and young players such as Kucherov, Tyler Johnson, Alex Killorn and Jonathan Drouin making timely contributions, the team is confident they can continue to thrive - even if Stamkos and/or Stralman are unable to return.

''Absolutely,'' Hedman said. ''Two key guys obviously out, but we've tried to stay together and focus on the guys on the ice and get the job done. Obviously, we're proud of the effort so far.''