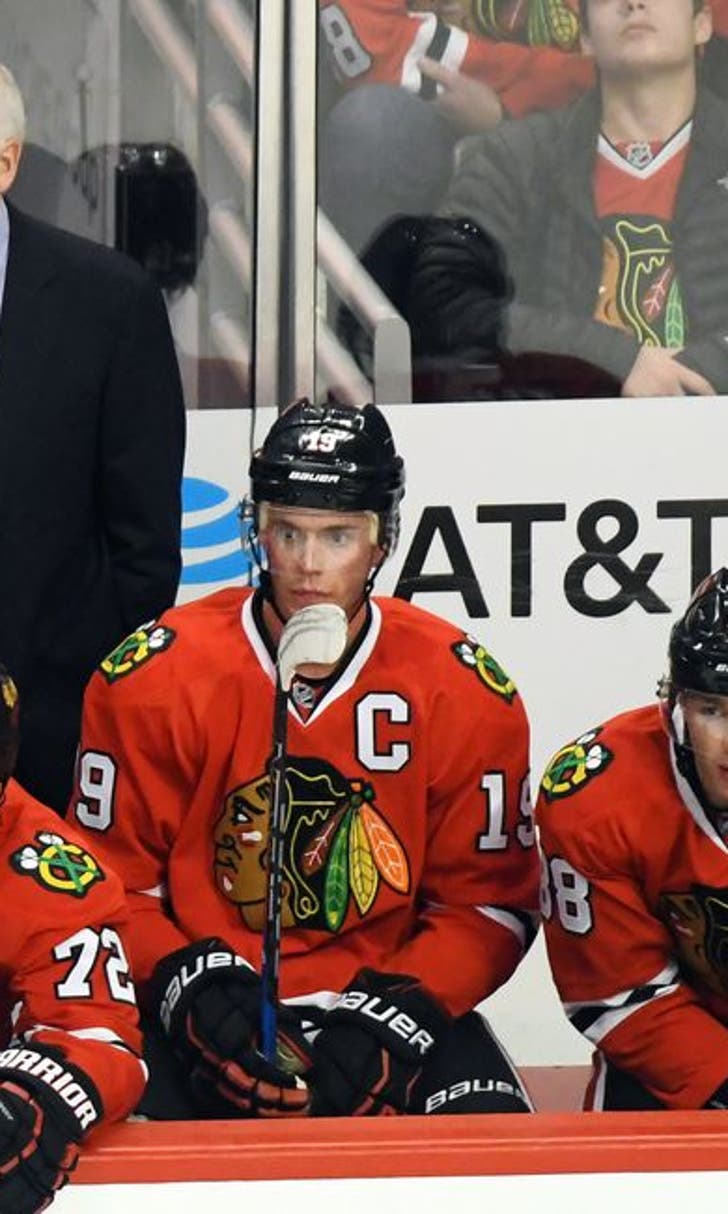 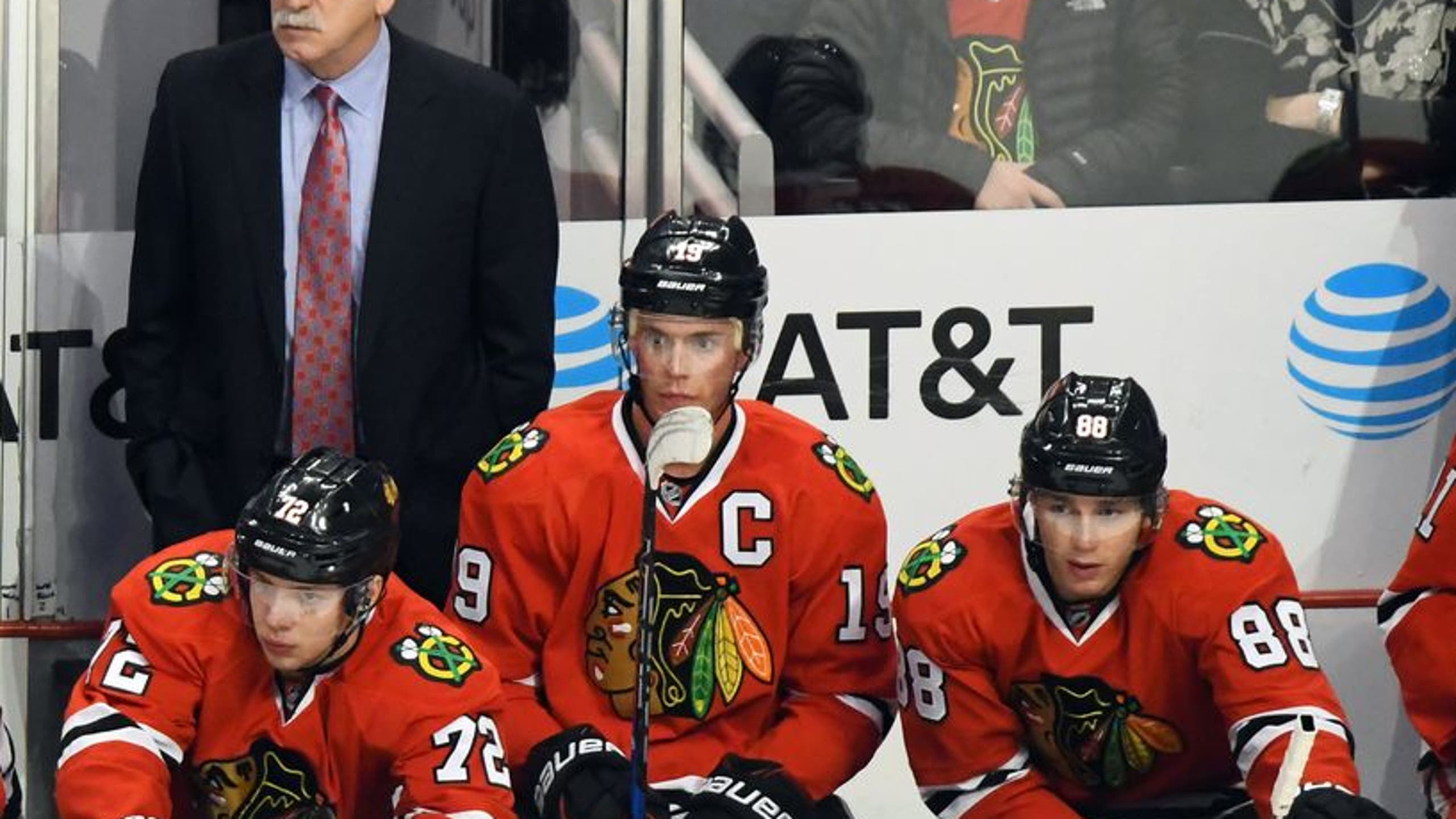 BY Fansided and Colin Likas/FanSided via Blackhawk Up • December 21, 2016
share

Though they had chances to win Tuesday, the Chicago Blackhawks saw their five-game win streak come to an end

You certainly can’t win every game in the NHL, but the Chicago Blackhawks had their chances to defeat the Ottawa Senators on Tuesday at the United Center. It wasn’t meant to be, however, as the Senators picked up their first victory in Chicago since 2001 by a 4-3 margin.

Neither team played particularly well. It was a somewhat sloppy affair that opened up more and more as the game went on. That led to some exciting sequences toward the end of regulation, but the Blackhawks couldn’t turn that into at least one point.

Thus ends a five-game win streak for Chicago, which saw its lead in the Central Division slip to six points over Minnesota and seven over St. Louis. Still comfortable, especially considering the Blackhawks haven’t been at full strength for some time and also haven’t been terribly impressive of late, despite their winning ways.

Here are four takeaways from Tuesday’s setback in Chicago.

One of the Blackhawks’ most improved players from last season, Marian Hossa missed most of Tuesday’s game. It wasn’t reported during action what caused Hossa to leave late in the first period, but it certainly put a damper on a Blackhawks team that was already missing Artem Anisimov among the forward corps.

Coach Joel Quenneville reported after the loss that Hossa was day to day with an upper-body injury and questionable for Friday’s game against Colorado. The Blackhawks tend to take Hossa’s bang-ups more seriously than those of other players, so this could just all be precautionary.

In Hossa’s place, Patrick Kane was essentially double-shifted for two periods of play. As a result, Kane wound up with 26:01 in ice time. Thankfully, the Blackhawks have two off days coming up (more on that later).

Artemi Panarin continued to show skills most of the NHL can’t offer. Tuesday, his lethal one-timer from the circle was at it again, this time off a perfect pass from Brent Seabrook on the powerplay.

Honestly, the Blackhawks’ powerplay is relatively clueless when Panarin isn’t hammering home precision passes. Naturally that’s concerning, but there should be no concern about Panarin right now (minus the cost of re-signing him). Tonight’s slapper was put in a spot very few NHLers could match, and Ottawa goaltender Mike Condon did everything in his power to stop it.

The Blackhawks’ other two goals came from less-familiar sources, though, which is nice to see. After the Senators broke a 1-1 second-period tie with two goals in 10 seconds, Tyler Motte capitalized on a rebound from a shot by Vincent Hinostroza to break a lengthy goal-scoring drought for himself.

Richard Panik would add a goal as well, though he honestly could’ve had three; Panik also struck the crossbar and one of the posts with separate shots earlier in the game.

On the flip side, much was made during and after the game about captain Jonathan Toews not scoring. He too could’ve had a hat trick, but he sent a shot swatted out of the air just over the net and couldn’t find the handle on the puck a couple other times, including once in the final minute.

Toews hasn’t done much scoring so far this season, causing consternation among Chicago fans. While I think there is reason to worry, based on the fact this was going on before Toews’ back injury, I’m not sure tonight as an addition to it; he was just unlucky.

After the loss, the Blackhawks announced that Corey Crawford had been activated off injured reserve. It would stand to reason, then, that he will get the start Friday against Colorado, finally giving Scott Darling a break after 10 consecutive starts.

Darling was mostly good during these outings, though you could tell the lengthy run was beginning to have some effect. He was a little slower in recent games than he had been covering certain areas of the net. It hurt him tonight on Ottawa’s first goal, a short-side shot by Bobby Ryan that Darling probably should’ve had.

But Darling has likely earned himself some more time in net as well, which can only be good for keeping Crow well rested ahead of any sort of postseason run. It’ll be nice to have Crow back in the crease, though. Let’s just hope the Blackhawks don’t expect him to immediately start carrying the team again.

While it’s fun for fans to see the Blackhawks playing frequently, you have to think these guys would all like to have more than one day without a game. They’re getting just that this week, as they have the next two days off before the lowly Avs come to town.

Chicago has played in 35 games already this season, tied for most in the league. That’s 35 games in the last 70 days — or an average of a game every two days. That’s a lot of hockey, especially with some guys coming in right off the World Cup of Hockey.

The Blackhawks have performed better than most would have expected thus far, at least record wise, with the lineup uncertainties heading into this season. Being tied for the league lead in points is a fantastic result thus far. Now, it’s time to put that games-played cushion to use, as opposing teams have up to five games in hand on Chicago right now. Central Division foe Minnesota has four.

Coach Q will no doubt give his players some time to breathe over this two-day break, the team’s first in two weeks. Maybe the Blackhawks will be lucky enough to be back at full strength when Colorado hits Chicago for the weekend.

Richard Panik
share story
those were the latest stories
Want to see more?
View All Stories
Fox Sports™ and © 2021 Fox Media LLC and Fox Sports Interactive Media, LLC. All rights reserved. Use of this website (including any and all parts and components) constitutes your acceptance of these Terms of Use and Updated Privacy Policy. Advertising Choices. Do Not Sell my Personal Info