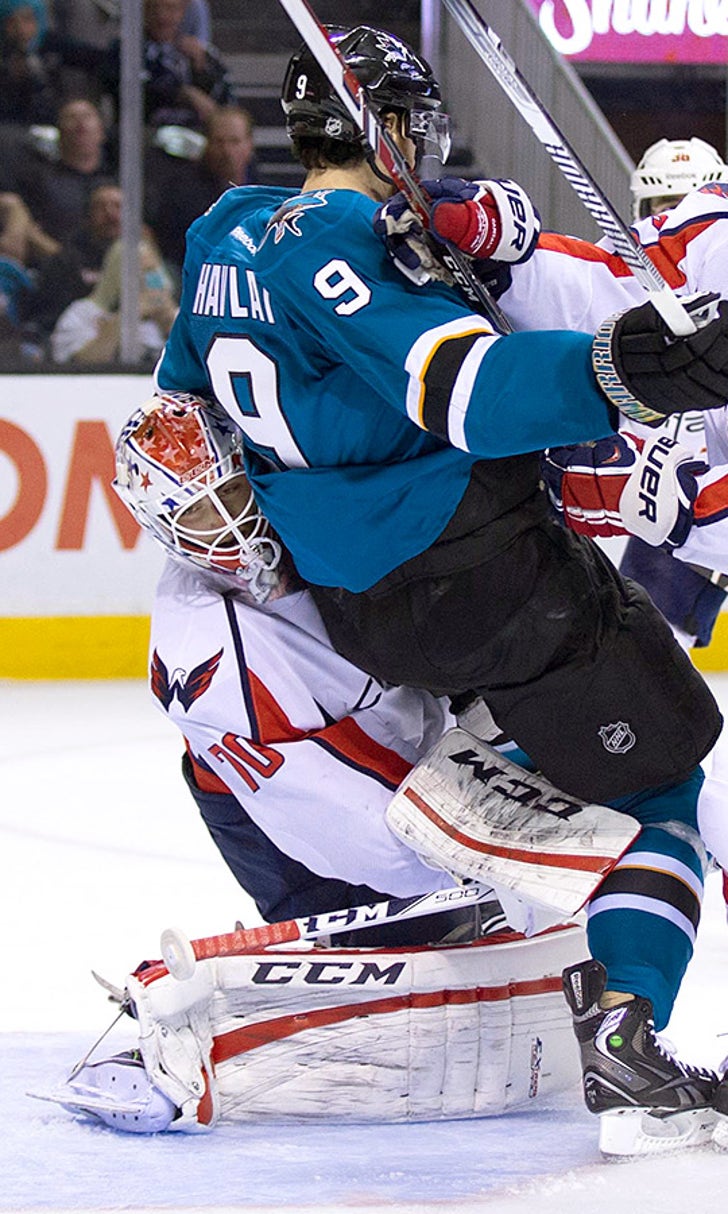 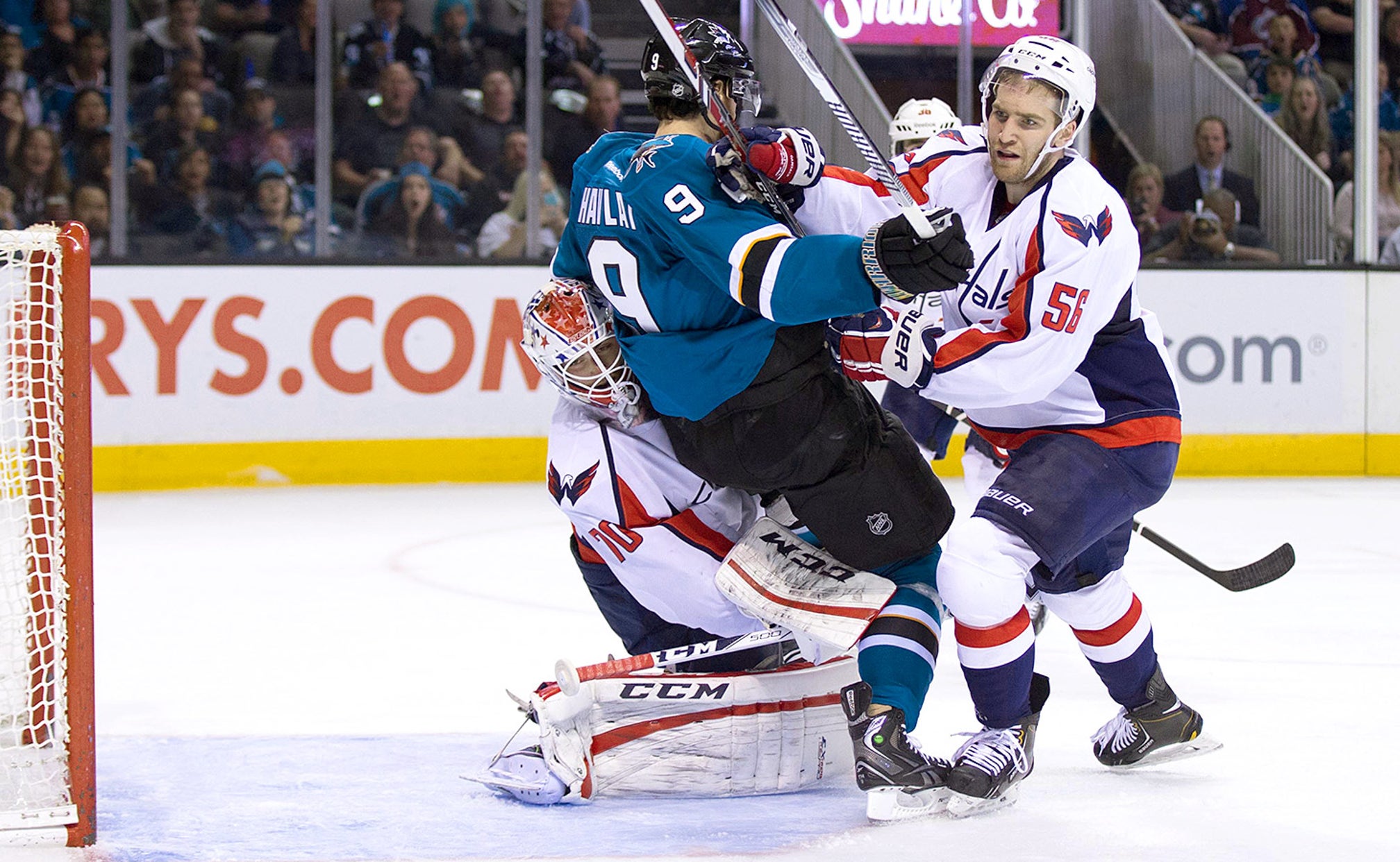 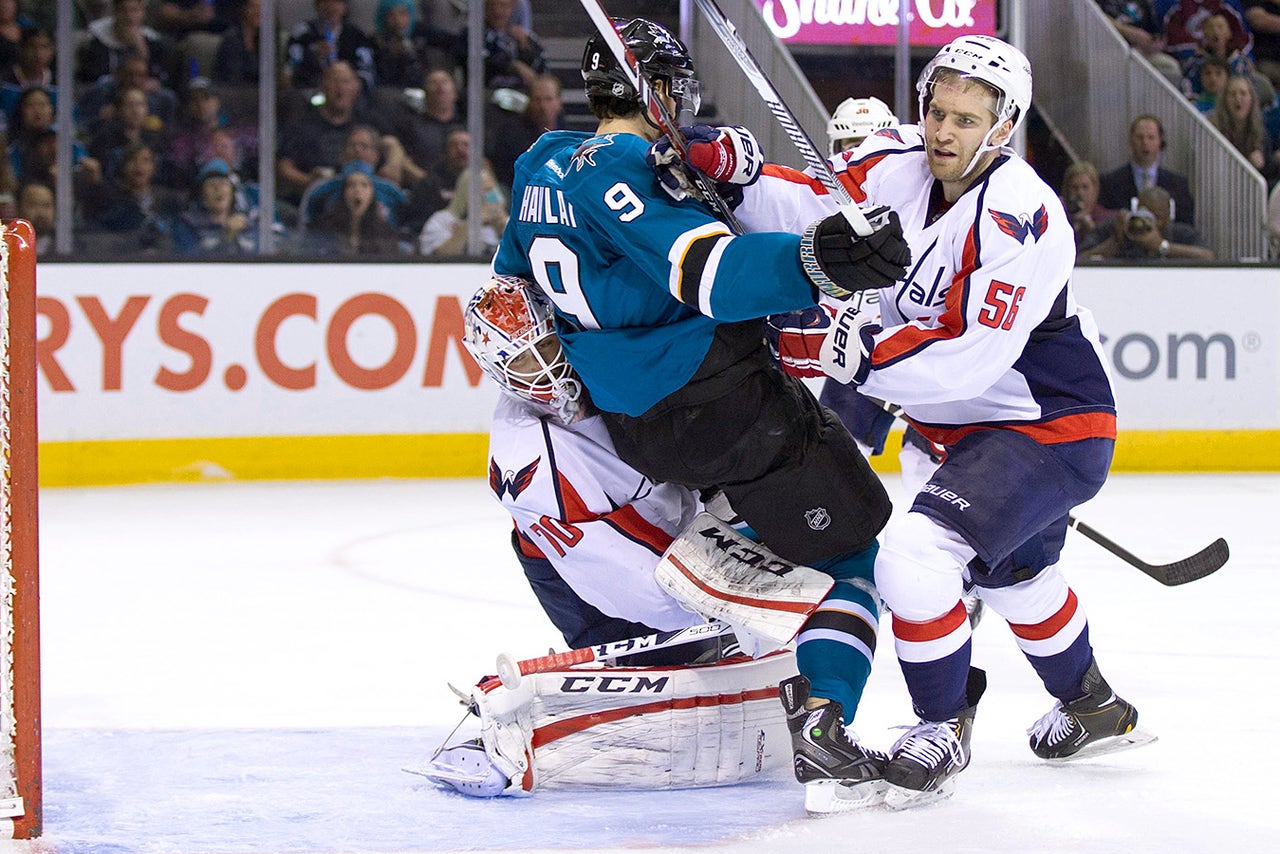 Nicklas Backstrom scored the winning goal in the shootout to lead the Washington Capitals to their first win in San Jose in more than 20 years, 3-2 over the Sharks on Saturday night.

Eric Fehr and Chris Brown scored in regulation for the Capitals, who had lost 11 times and tied once since winning their first game at the Shark Tank on Oct. 30, 1993. This is only Washington's second win in its last 19 games overall against San Jose.

Braden Holtby made 34 saves in his first start since March 6 in place of the banged-up Jaroslav Halak.

Patrick Marleau and James Sheppard scored for the Sharks, who missed a chance to clinch their 10th straight playoff berth in front of their home fans. Antti Niemi made 23 saves.

Evgeny Kuznetsov put the Capitals ahead in the shootout when he scored in the opening round. But Marleau tied it in the third round before Backstrom beat Niemi for the winner.

The Capitals had lost five straight shootouts while San Jose had won seven in a row in the tiebreaker.

The Sharks appeared poised to clinch the playoffs when Sheppard blocked a shot by Jason Chimera early in the third period and then scored on a breakaway against Holtby to put San Jose up 2-1.

But the Capitals got the equalizer when they got a fortunate bounce with 7:30 remaining. Dustin Penner took the puck from Scott Hannan behind the net and fed Brown, whose shot deflected off defenseman Dan Boyle and past Niemi for his first career goal.

The Sharks lost two of three on this homestand, beating Anaheim in a showdown for first place in between losses to Washington and Florida - two Eastern Conference teams out of playoff position. San Jose is three points ahead of the Ducks in the Pacific Division although Anaheim has two games in hand.

The game was more crucial to Washington's playoff hopes. The Capitals have earned points in five straight games to tie Detroit for eighth place in the East with 79 points. The Red Wings have two games in hand.

The Capitals jumped on top with help from a lucky bounce and a strong forecheck. Jason Chimera got the puck away from Logan Couture along the boards to set up Fehr for a shot that was blocked. Justin Braun tried to clear the puck out of danger, but it hit teammate Matt Nieto in the leg and bounced into the net for a goal credited to Fehr.

Nieto helped the Sharks tie it in the closing seconds of the period when he put a wraparound attempt on net following a turnover by Mike Green. Holtby made the save on the initial shot, but Marleau knocked in the rebound following a scramble for 30th goal with 5.6 seconds remaining.

NOTES: Marleau has seven career 30-goal seasons. ... The Capitals have as many wins (two) in the Cow Palace, where the Sharks played their first two seasons, as they have at the Shark Tank, which opened in 1993-94. ... This game finishes a stretch where the Sharks played 13 of 14 games against the Eastern Conference. They won't play the East again this season unless they make the Stanley Cup finals.