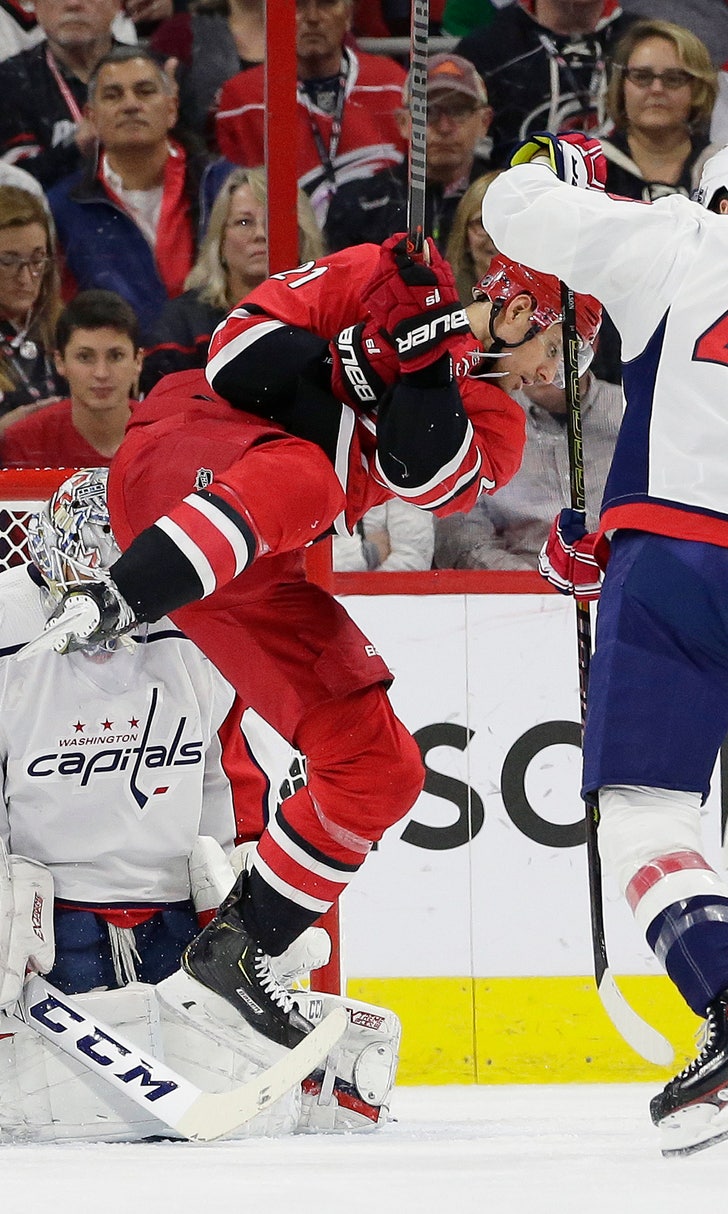 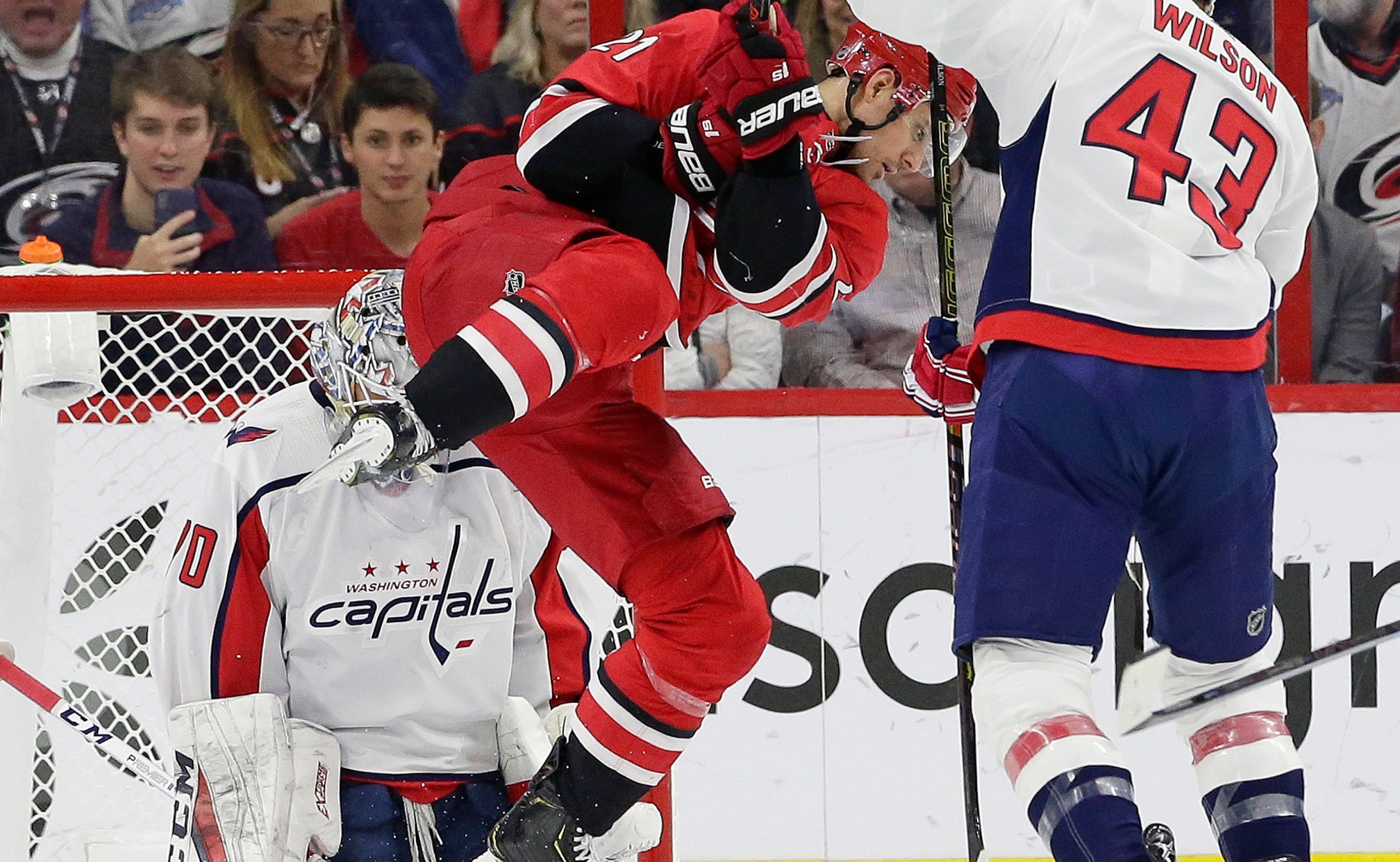 RALEIGH, N.C. (AP) — Making the playoffs was all but a given for the Washington Capitals. It's still a big deal for the player whose late goal wrapped up their latest postseason berth.

Nic Dowd scored on a deflection with 4:56 remaining, and the Capitals clinched a playoff berth with a 3-2 victory over the Carolina Hurricanes on Thursday night.

Brett Connolly and Jakub Vrana scored and Braden Holtby made 24 saves. The reigning Stanley Cup champions scored twice in the third period to reach the 100-point mark for the fifth straight year and wrap up their 11th spot in the playoffs in 12 seasons.

Still, it's a first for Dowd — who never skated in a postseason game while playing the past three seasons for Los Angeles and Vancouver before signing a free-agent deal with Washington in the summer.

"I'm excited. I've never even come close to making it, to clinching playoffs or even playing for it, so I'm really excited," Dowd said. "I'm sure the guys in here obviously kind of echo what I say, too. It's just one of those things where you're happy to get it out of the way, and then we can resume the rest of the season and play well and carry it into the playoffs."

Warren Foegele and Nino Niederreiter scored for the Hurricanes, who lost consecutive games in regulation for the first time since mid-January and missed out on an important two points that would have helped their chase for their first playoff berth in a decade.

Carolina, which started the third period with a 2-1 lead, fell to 30-3-2 when leading after two periods.

"We have to find a way to win these games, tight games, but I think the effort was there and it was a good effort by us," center Sebastian Aho said. "We had lots of chances to win this game. Their chances, they made them count."

"Just got there and the puck happened to find me," Dowd said. "Good timing, I guess."

That goal came about 3 minutes after Holtby's best save of the night, gloving Niederreiter's shot from about 10 feet, and Holtby then robbed Brett Pesce and Niederreiter again with about 90 seconds remaining.

Alex Ovechkin — who entered with 49 goals — was held off the score sheet and missed a long shot toward an empty net with about 45 seconds remaining.

McElhinney finished with 17 saves for Carolina, which went 0-3-1 this season against the Capitals and lost to them twice in a three-night span.

"The fact that you got zero points from both games ... we just have to bounce back from this," Aho said.

Jensen's assist on the winner came after he was embarrassed on the goal by Foegele that put Carolina up 2-1 with 7:30 left in the second. The Hurricanes rookie juked past Jensen and beat Holtby with a forehand — then celebrated his first goal since Feb. 8 with an Ovechkin-style leap into the glass.

Vrana tied it 95 seconds into the third when he took a pass from Evgeny Kuznetsov, got behind two Hurricanes and slipped the puck between McElhinney's legs.

"It was a tight game, and we never stopped playing," Vrana said.

That came after Niederreiter put the Hurricanes up 1-0 at 4:31 of the first when he poked a loose puck at the post past Holtby for his 13th goal in 31 games with Carolina. Connolly tied it 42 seconds later with his goal on a 2-on-1.

NOTES: Vrana also hit the crossbar early in the first. ... McElhinney was Carolina's nominee for the Masterson Trophy, given to the player who exemplifies perseverance and dedication to the sport. ... The Capitals' nominee was D Brooks Orpik. ... Carolina D Dougie Hamilton skated in his 500th career game.

Capitals: Visit Tampa Bay on Saturday in a matchup of the East's division leaders.