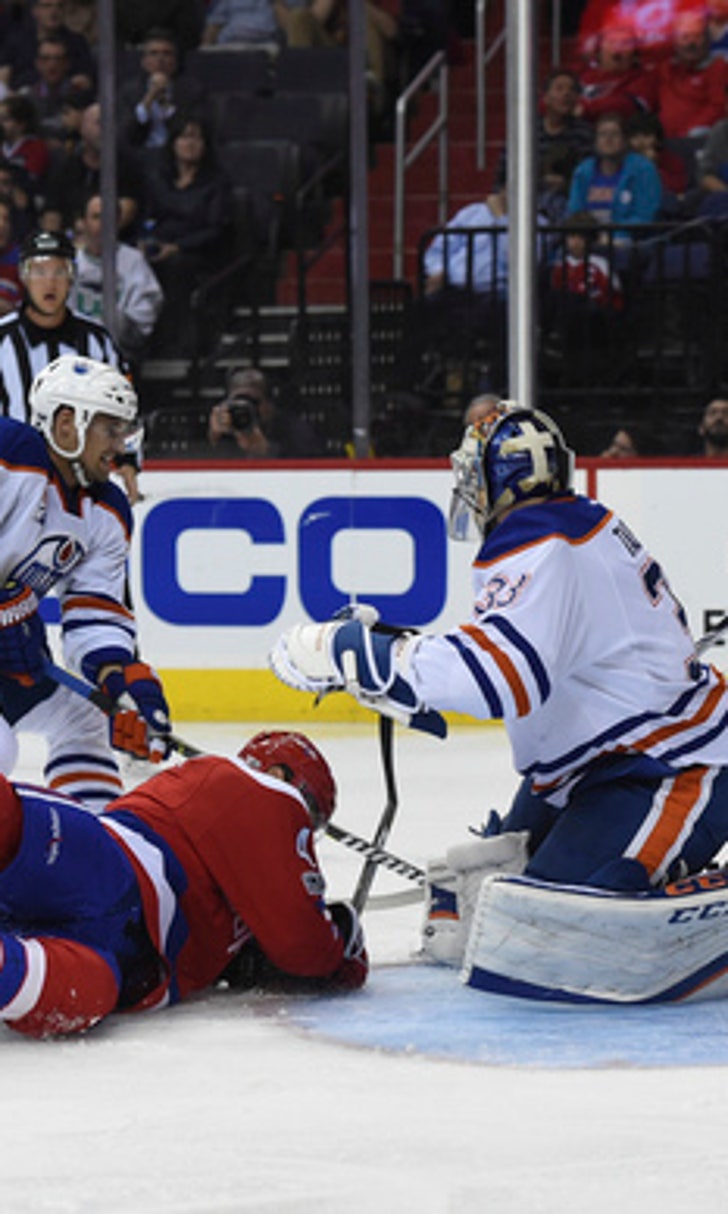 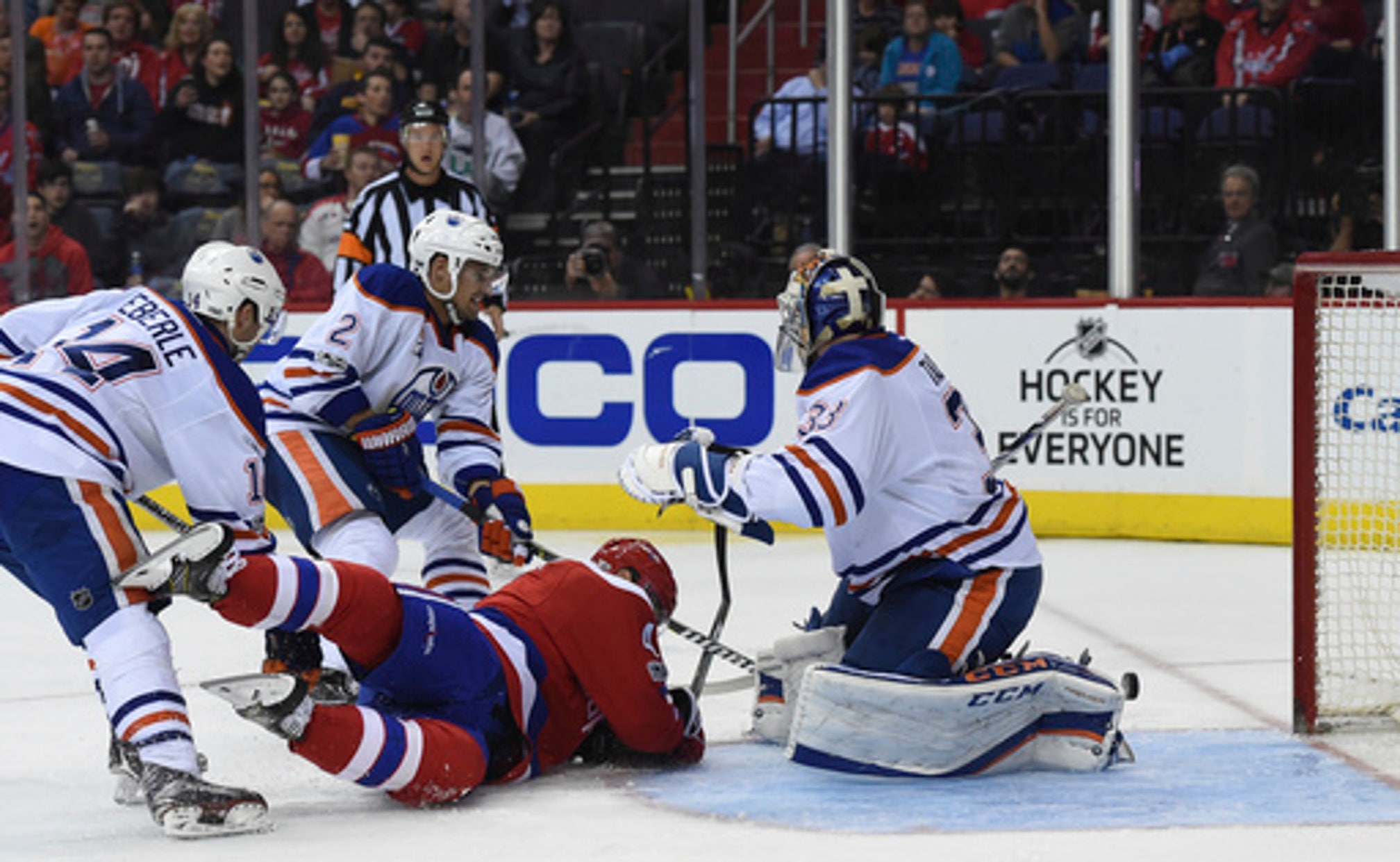 WASHINGTON (AP) Without their usual offensive dominance at home and missing several key regulars, the Washington Capitals kept the puck almost all night and kept their home winning streak alive.

Justin Williams and Tom Wilson scored and Braden Holtby made 30 saves as the Capitals beat the Edmonton Oilers 2-1 on Friday night to tie their franchise record with their 13th consecutive home victory. Washington's run of scoring five-plus goals at home ended at 11, but in shutting down Connor McDavid and Co., the top team in the NHL showed it can win yet another way.

Without injured defensemen Matt Niskanen and Brooks Orpik and forward T.J. Oshie, the Capitals handled the Oilers' blazing speed with their most a href(equals)'https://apnews.com/1205a4b5bc0b4356938af43ce4bbd1db/Niskanen,-Orpik,-Oshie-miss-Capitals'-game-vs.-Oilers'patchwork lineup/a of the season.

''It's just important to play these types of games when you're going to be without players,'' said Williams, whose 19th goal of the season was the game-winner with 13:12 left. ''It's good to see us rise to the challenge, and we don't have to score five goals every game here at home.''

Evgeny Kuznetsov didn't register a point but drew the matchup against McDavid and thrived as arguably the best player on the ice.

''Kuzy was obviously phenomenal on the defensive side,'' said Holtby, who was unflappable in facing 31 shots. ''It's good defense when we have the puck. But playing against Connor McDavid isn't easy, and he controlled the play.''

McDavid had a secondary assist on Leon Draisaitl's team-leading 23rd goal of the season to add to his league-leading point total of 69. The 20-year-old superstar had flashes of dominance but didn't get enough time in the offensive zone to take over the game.

Kuznetsov said he had some ''fun'' matching up with McDavid and also fashioned some pretty plays in the offensive end. Fundamentally it was one of Washington's better games in some time.

Edmonton made just enough mistakes to lose in what was a measuring stick game for a young team.

''We played a pretty solid game,'' Draisaitl said. ''Obviously we had out breakdowns. Too many turnovers. ... Against a team like that, you can't win that way.''

The Oilers could take solace in the fact that they kept in close against the Capitals - something not many opponents have been able to accomplish in Washington lately. The Capitals have outscored opponents 64-20 during their home winning streak, haven't lost at home in 2017 and turned Verizon Center into a mini house of horrors.

''Our team's playing really well,'' said Wilson, who scored for the second time in five games and has five goals this season. ''We're making it tough for teams to come into this building, which is something we always kind of wanted to do.''

Washington will again be without Niskanen, Orpik and Oshie on Saturday in Nashville, though Tuesday at the New York Rangers is a potential return date. The Capitals have been the healthiest team in the NHL this season with only 27 man games lost, but Holtby knew the injury bug would bite sooner or later.

With rookie forward Riley Barber making his NHL debut, defenseman Aaron Ness his season debut and Brett Connolly moving up to the first line with Alex Ovechkin and Nicklas Backstrom, the Capitals showed they have the depth to withstand injuries.

'' I think it sends a good message to everybody that we can handle a little adversity and we can handle guys stepping up into bigger roles and doing more of that,'' coach Barry Trotz said. ''From our standpoint, it's a little bit of an obstacle, but it's also a little bit of a character builder for us, and it's forcing us to play at a higher level with some people out.''