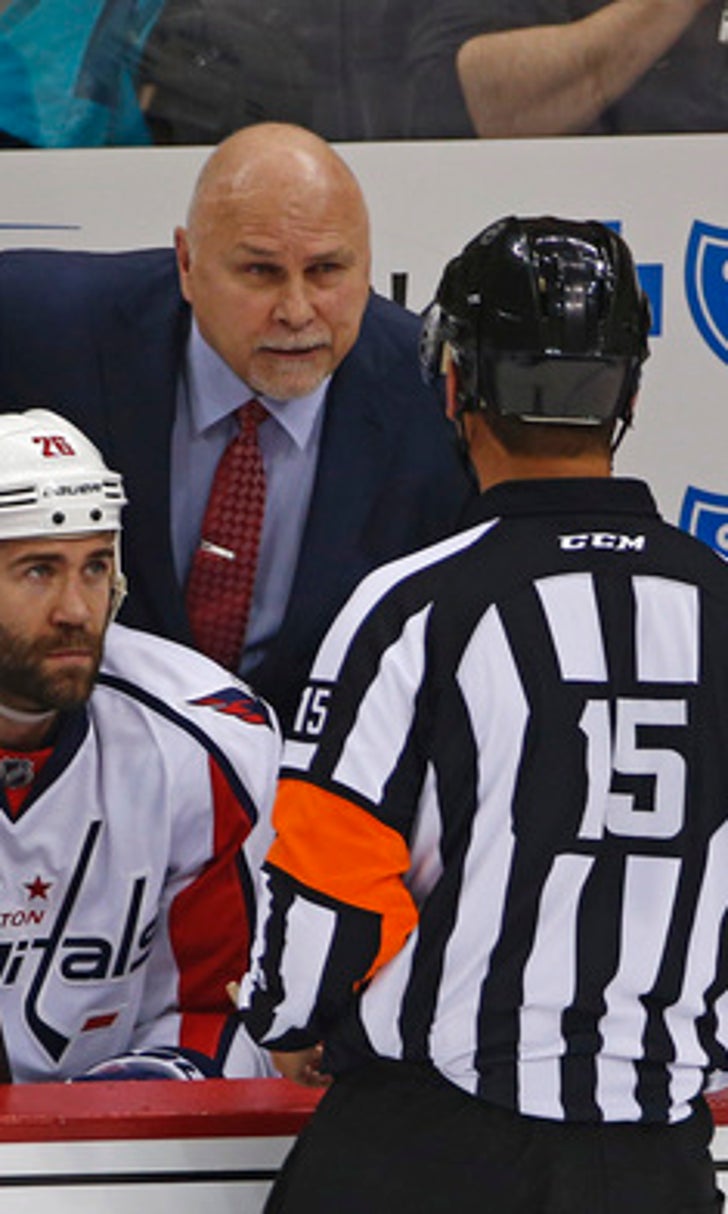 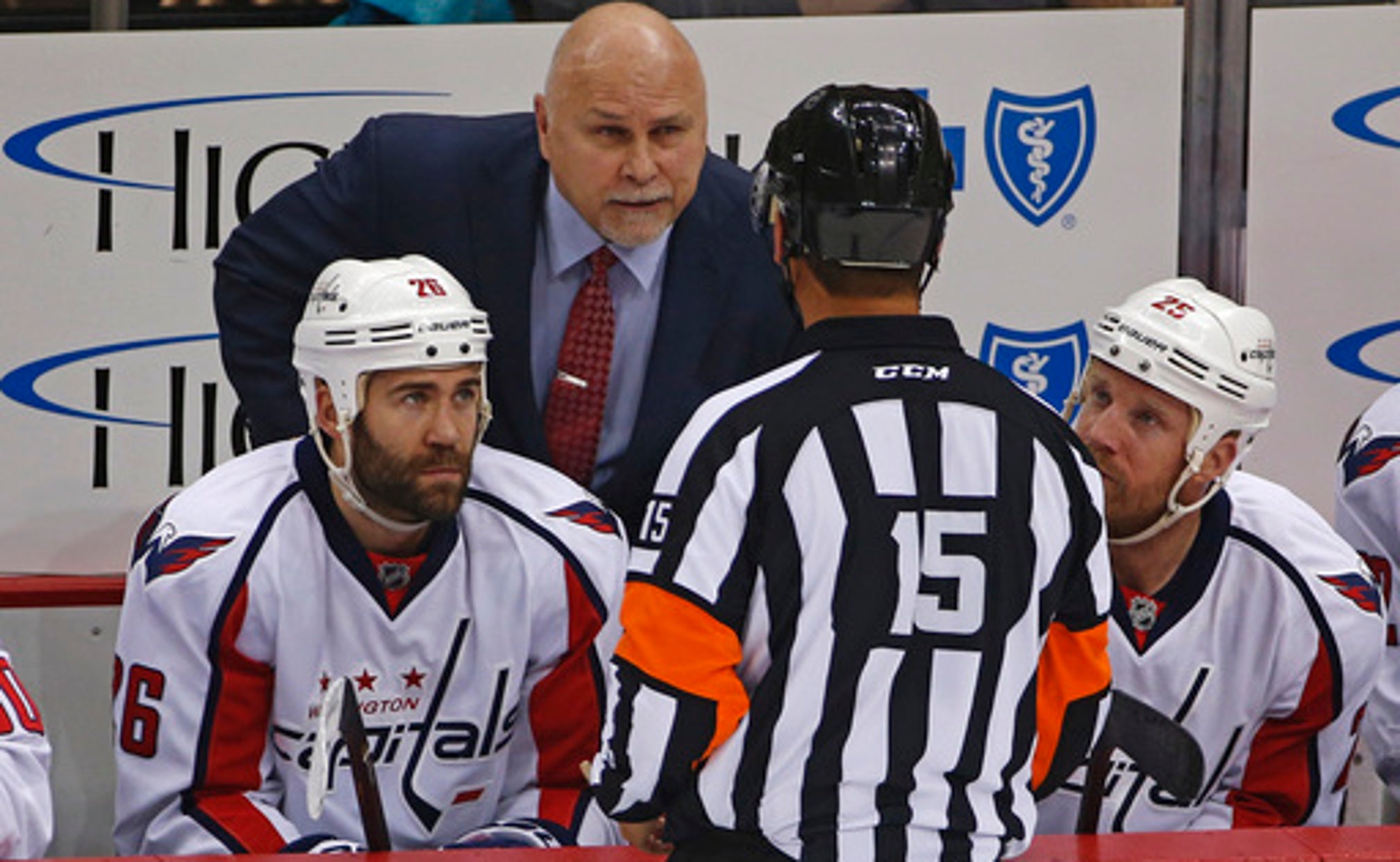 Capitals are loose and confident and on brink of elimination 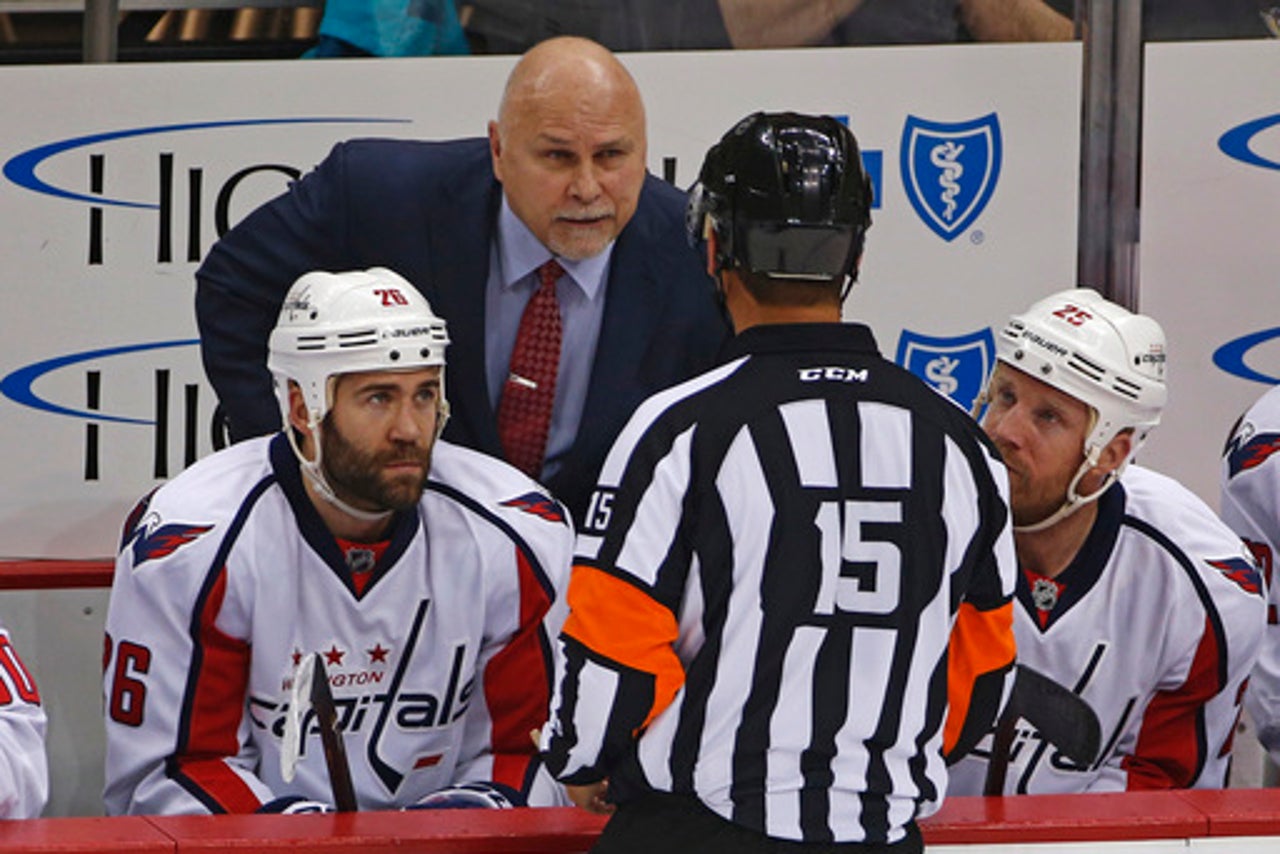 ARLINGTON, Va. (AP) For weeks, if not months, the Washington Capitals have brushed off their playoff history, saying this is a new year and a new team with none of the scars.

Trailing the Pittsburgh Penguins 3-1 in the second round of the Stanley Cup playoffs, they're ready to remember at least as far back as last year when they blew that lead and lost to the New York Rangers.

Alex Ovechkin knows full well that ''a little play can turn a series.

On the brink of elimination, the Presidents' Trophy-winning Capitals are loose and confident going into Game 5 on Saturday (7:15 p.m. EDT, NBC).

''You can take a page out of what the Rangers did and stuck with what they were doing last year,'' goaltender Braden Holtby said. ''Just find that little extra push but stick with the same script that we've been doing.''

The results haven't been kind to the Capitals in a series with four one-goal games. Being so close and yet still so far away from even forcing a Game 7 could be daunting, but coach Barry Trotz has his team focused on Game 5 back at home.

''We know where we're at, we're realists, but at the same time we know that we won a lot of games this year and it didn't happen by accident,'' Trotz said.

Six times in the regular season Washington won three or more consecutive games, though not under this kind of pressure. The Penguins haven't lost three consecutive games since Dec. 16-19, very early in coach Mike Sullivan's tenure.

The Capitals have a deep hole to dig out of to try to make the conference final for the first time in the Ovechkin era. Only Ovechkin and center Nicklas Backstrom, bumped to the second line at practice, remain from the 2009 team that erased a 3-1 first-round deficit against the Rangers, but current players look to Washington's first-round series against Philadelphia as another teaching point.

''You realize how hard it is to close people out,'' left wing Jason Chimera said. ''(The Flyers) were desperate, they were playing hard. Any time, you want to create some doubt in another team's mind, you want to come out hard and impose your will on them.''

Right wing Justin Williams, demoted to the third line in a lineup shuffle, knows all about creating doubt and coming back in playoff series. Williams was on the Los Angeles Kings when they erased a 3-0 deficit against the San Jose Sharks on the way to their second Stanley Cup and the third of his career.

''You've got to err on the side of enthusiasm not apprehension,'' Williams said. ''It's win one game at a time three times. But I think if you look at a lot of the last Stanley Cup champions, it's not all roses.''

There seems to be no apprehension in the NHL's top team facing its toughest test yet.

''I don't think we're panicking at all in here,'' Holtby said. ''We're just ready for this opportunity to show that we're capable of anything.''

Here's a look at the other games Saturday:

At the request of St. Louis coach Ken Hitchcock, throw out his team's 6-1 victory in Game 3 and Blues vs. Stars is turning into a classic series. The top two teams in the Western Conference finished the regular season separated by two points and they have played three games decided by a goal, including two in overtime.

Once Cody Eakin tied the series with his overtime goal in Game 4, it was clear this series is not for the easily fatigued.

''We're always going game by game you've got to invest knowing it could go long,'' said Blues defenseman Alex Pietrangelo, who leads the playoffs with an average ice time of 30:11. ''Obviously it would have been nice going in there up 3-1 but we're in the situation that we're in and we'll get ready for Saturday.''

St. Louis could insert veteran defenseman Robert Bortuzzo into the lineup for rookie Joel Edmundson, who had a costly giveaway that led to a Dallas goal Thursday. The Stars will likely go back to Kari Lehtonen in goal.

Nashville and San Jose will be back on the ice for Game 5 about 44 hours after their triple-overtime thriller ended just after 2 a.m. EDT Friday. The team that rests the best has the opportunity to take control of the series.

''You've got to take care of yourself physically,'' Predators goalie Pekka Rinne said. ''The next Game 5 is going to be a big one, for both teams it's going to be a long travel and then play again. By that time, you have to be recovered and ready to go.''

A disallowed goal from Sharks captain Joe Pavelski in the first overtime drew the ire of coach Peter DeBoer, who didn't see why video review confirmed incidental contact with Rinne.

''That rule has been clear as mud to every coach in the league all year, so why should it be different tonight?'' DeBoer said after the 111-minute, 12-second marathon. ''It's 2-2 with two good teams going at it. We just have to show up and be ready to go for Game 5.''