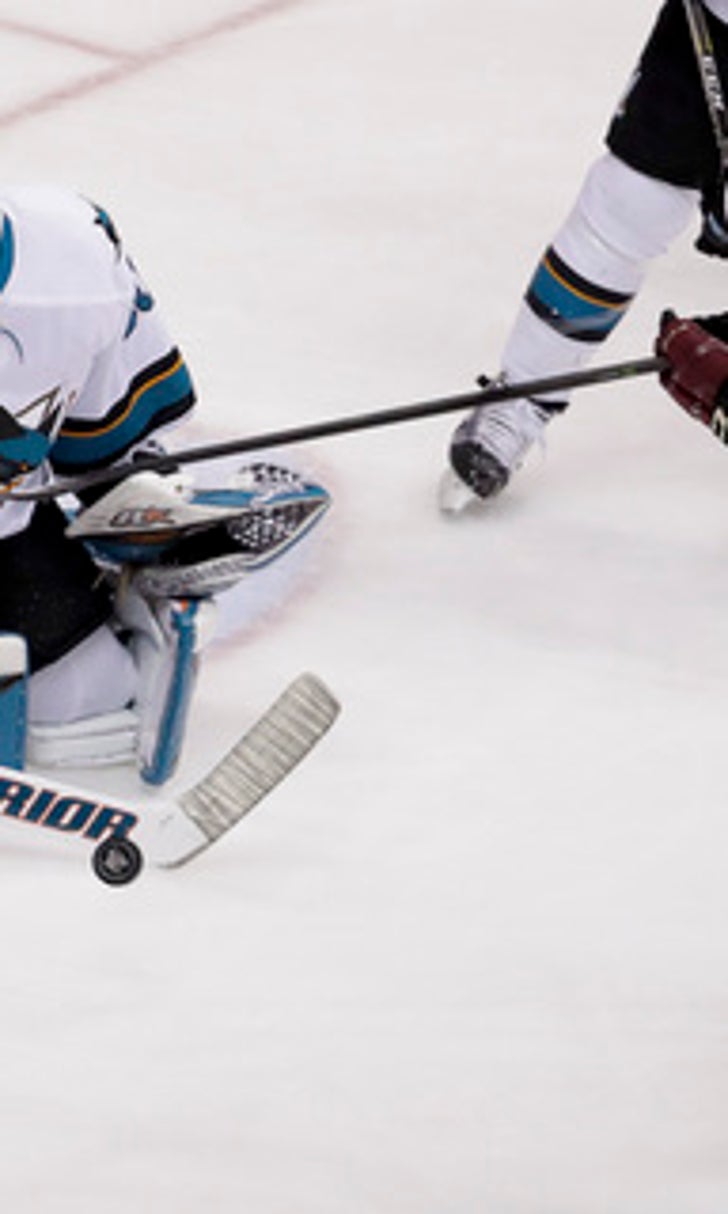 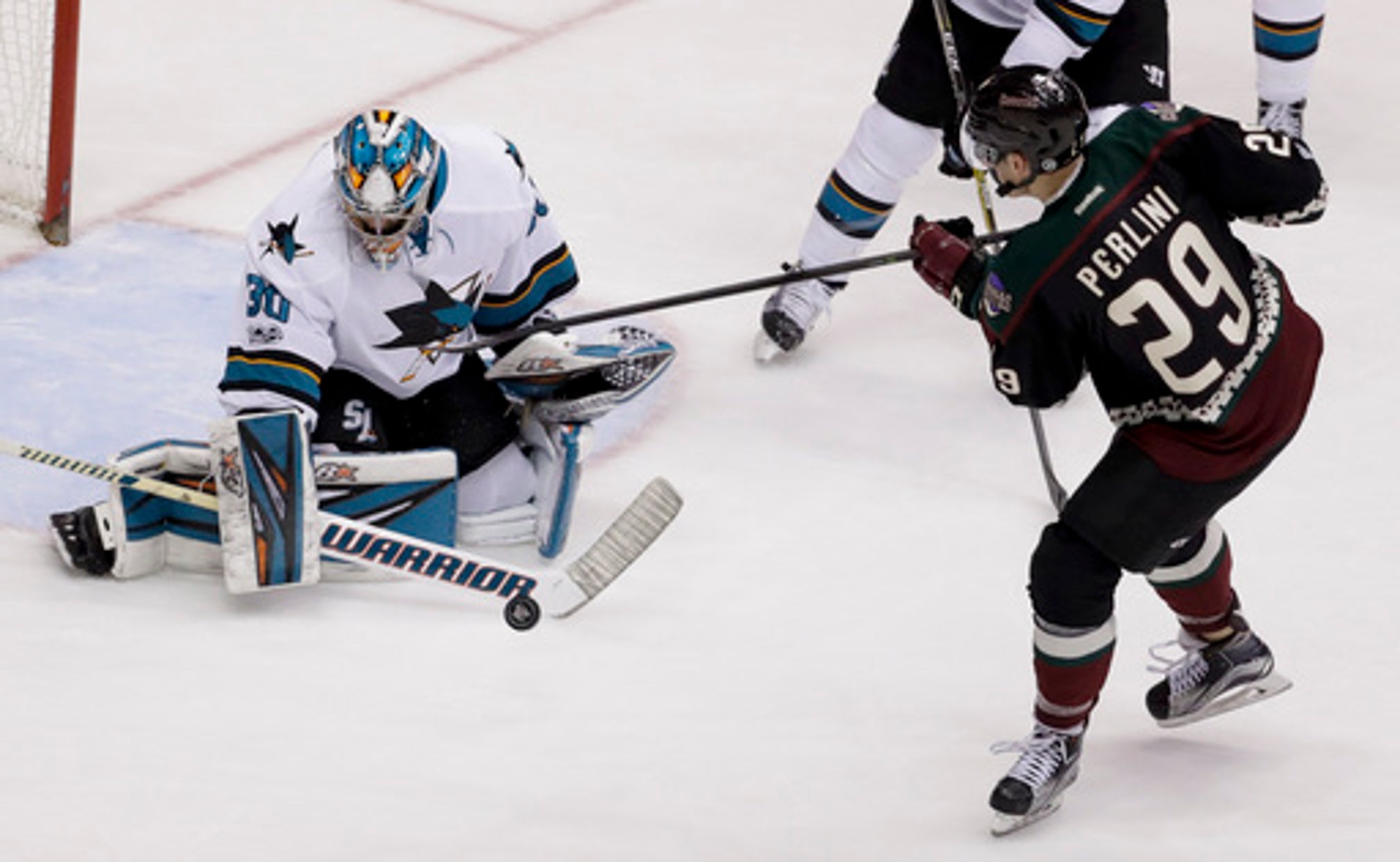 GLENDALE, Ariz. (AP) The San Jose Sharks were facing a team that had been playing well in an arena buzzing with energy following a pregame ceremony.

Once they handled the initial onrush, the Sharks struck first to subdue the crowd and their opponent.

Brent Burns scored two goals, Aaron Dell had a career-high 36 saves and the Sharks beat the Arizona Coyotes for the first time this season, 4-1 on Saturday night.

''We kind of weathered their storm early; there was a lot of energy in the building,'' Sharks center Joe Pavelski said. ''We got to (Coyotes goalie Mike Smith) in the first period. When you get one or two on him early, it kind of breaks them down a little bit and play from behind. That was a big key.''

The Sharks bounced back from a slow start in their last game by scoring two goals in the first period and another early in the second to quiet a crowd energized by a ceremony honoring the first Coyotes team in the desert. Dell was sharp in his 11th start of the season, and the Pacific Division-leading Sharks were good in front of him to avoid a season sweep (1-3-1) by the last-place Coyotes.

Burns, of course, was at the center of the offense from the blue line.

The NHL's third-leading scorer, he had a goal in the first period and his 27th of the season in the third to match the team record for goals by a defenseman that he set in 2015-16. It was his third two-goal game of the season and second in the last three games.

''He's having an MVP season. He's been that good for us all year and it's every night,'' Sharks coach Peter DeBoer said. ''I don't know what else to say. In my mind, he's the best player in the league right now.''

The Coyotes could not capitalize on a rowdy, sellout crowd. Arizona peppered Dell with 29 shots in the first two periods but didn't score until Martin Hanzal punched in a rebound in the third, when they were down 3-0.

''We were pretty good in the period and I don't want to say they were lucky goals, but they scored first and after that, it's hard to chase a team like the Sharks,'' Hanzal said.

The Sharks trailed 3-1 in the first period and 6-3 in the third before rallying for a point against Florida on Wednesday. On Saturday, they took an early lead when Burns fired a shot through traffic to beat Smith to the stick side.

Karlsson made it 2-0 late in the period, keeping the puck on a 2-on-1 and wristing one past Smith on the stick side again.

San Jose kept the pressure up early in the second, making it a three-goal lead when Haley scored on a one-timer from between the circles for his first of the season.

Burns stopped Arizona's momentum late in the period, wristing a shot that slipped through Smith's pads on a power play.

''That wasn't my best game. I thought our team did a good job tonight to give ourselves a chance to win,'' Smith said. ''They were opportunistic in the first period and we couldn't capitalize on our chances and when that happens, you usually lose.''

NOTES: Along with honoring their 1996-97 team - the first after the franchise moved from Winnipeg - in a ceremony before the game, Arizona also announced its all-time starting six, which included current players Smith, Oliver Ekman-Larsson and captain Shane Doan. ... Haley's goal was his first since March 5, 2016 against Vancouver. ... Hanzal moved past Pat Elynuik for 13th on the franchise list with his 116th career goal.

San Jose hosts Boston on Sunday before getting a five-day break from all hockey-related activities.

Arizona hosts Anaheim on Monday before playing five of its next six games on the road.